On the 18th December 2014 Luren & Piruntha got engaged. It was the most amazing rooftop proposal ever!

It was a summer evening in Cape Town, a perfect night for a perfect couple. Luren wanted to propose on a rooftop with amazing views over looking the city. He told us she must be “wowed” by the whole experience. He wanted to keep everything a surprise for her. They had been together for 18 months and the time was right to pop the question.

We began our search for the perfect venue as rooftop’s are not as easy to find as one might think. There are some lovely areas but some are too big or too small for the set-up. We eventually found a hidden gem in De Warerkant. The proposal took place in the evening, as we wanted the sunset and the effect of the candles & fairy lights to show. Piruntha favorite flowers and colours are red, so we went for the traditional red rose as deco. Red was just that pop of colour we needed for the rooftop to come alive.

The couple arrived and entered the house, Lurendrin lead Piruntha upstairs to the rooftop where we did the set-up for him. He proposed on arrival and the photographer captured it all on film. SHE SAID YES! We had placed some bubbly, and wine for them to enjoy that evening. After the couples shoot they enjoyed a romantic dinner for two on the rooftop as a private chef had been hired for the evening. They wined and dined as the sun set and the city came to life. What a truly magical experience and a very romantic proposal!

We wish them the best of luck for the future together and may their journey bring them lots of happiness. 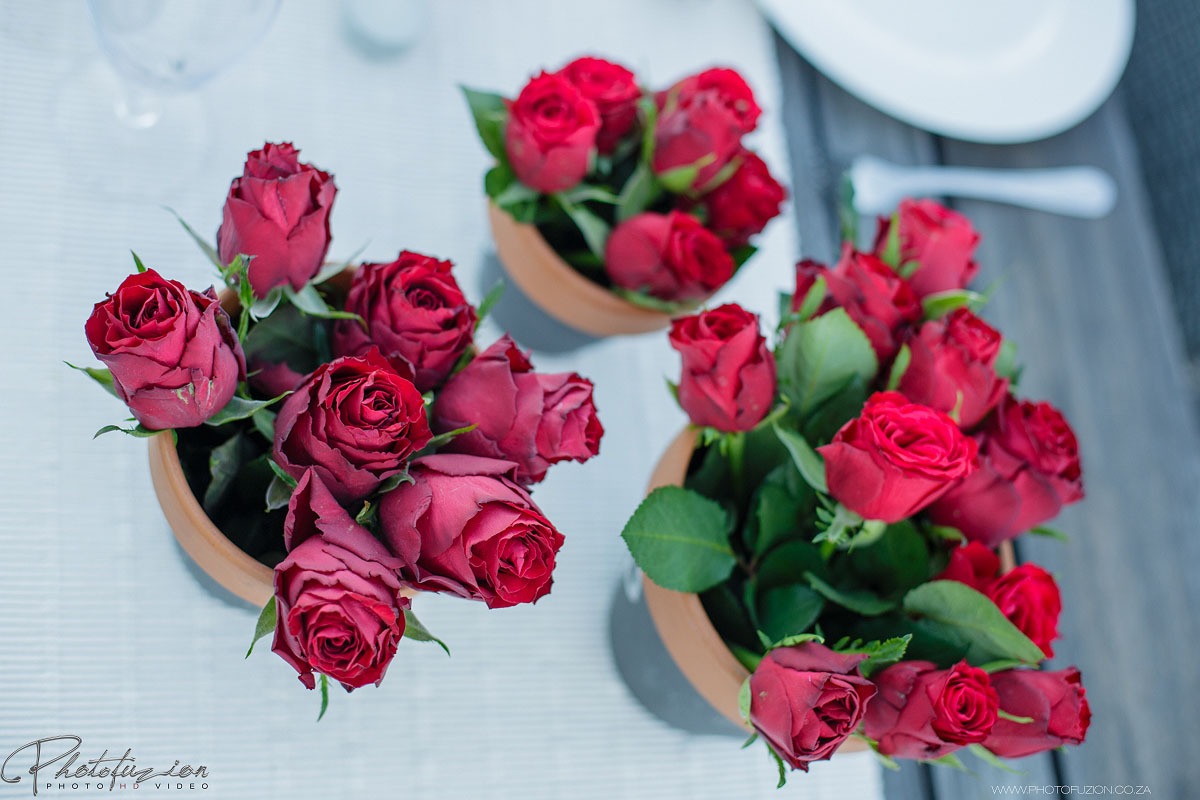 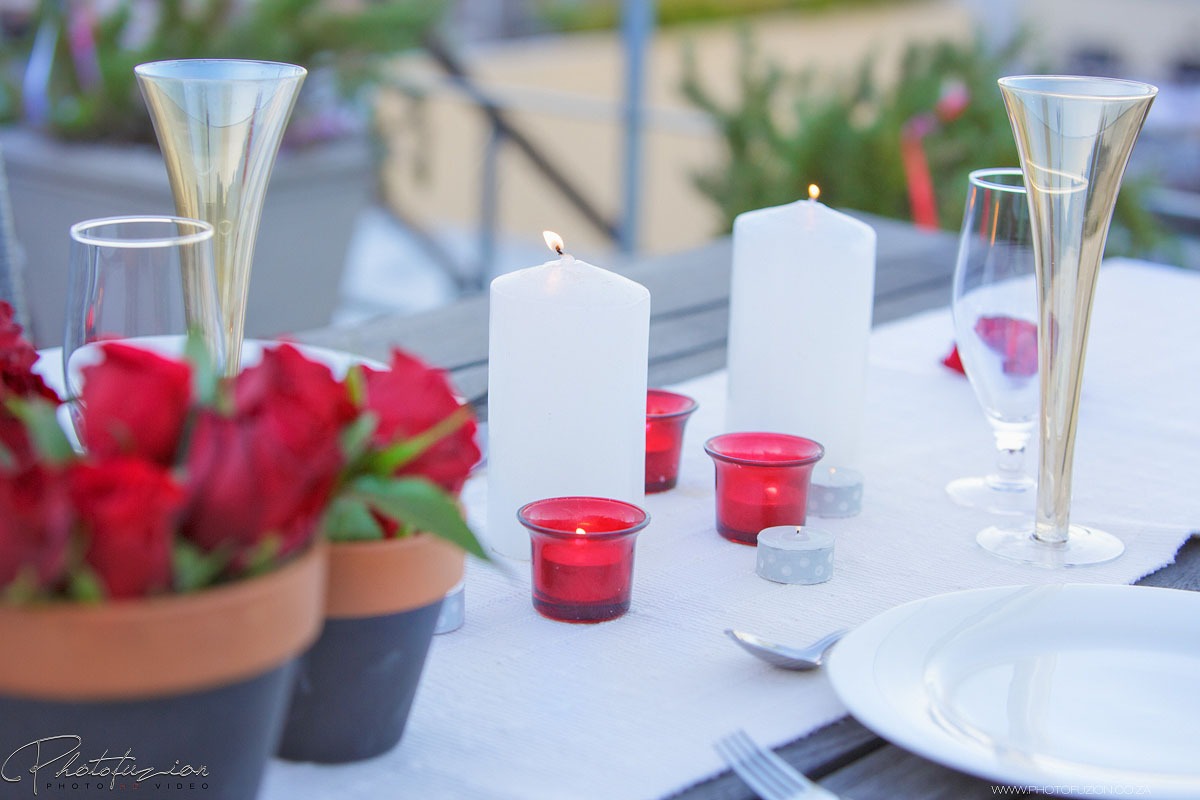 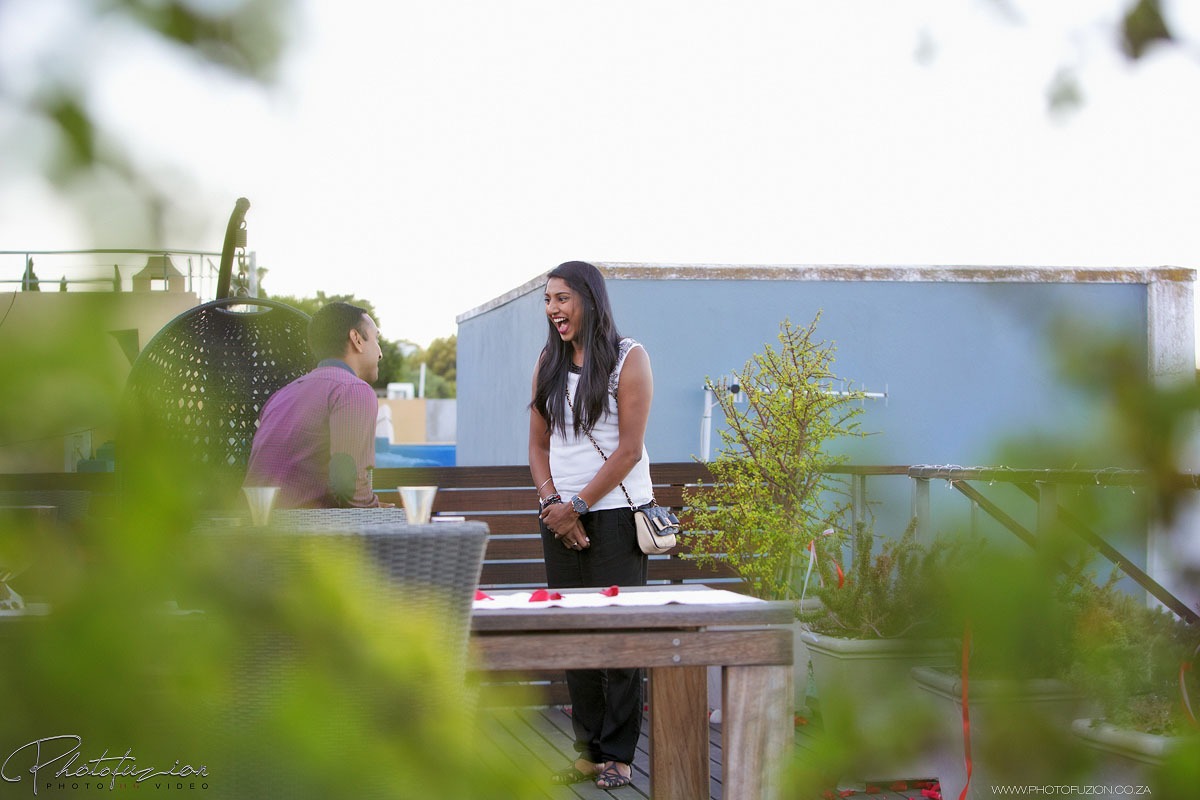 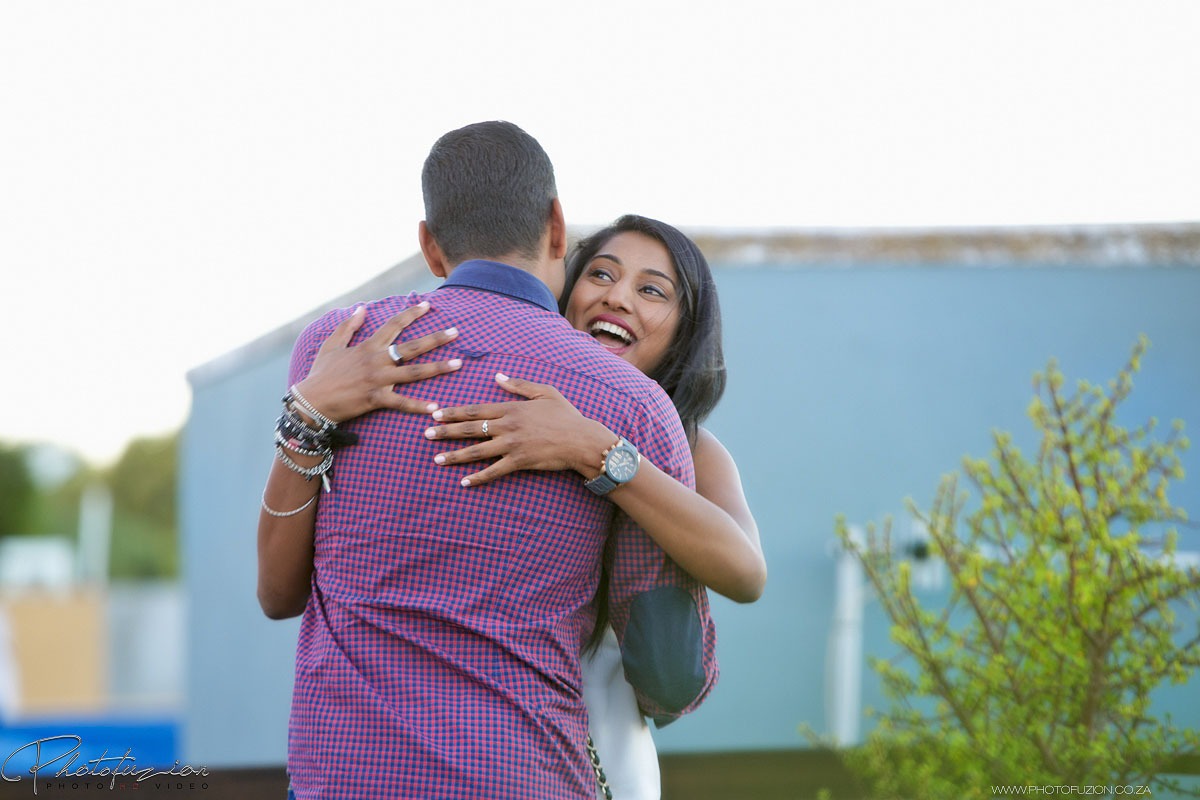 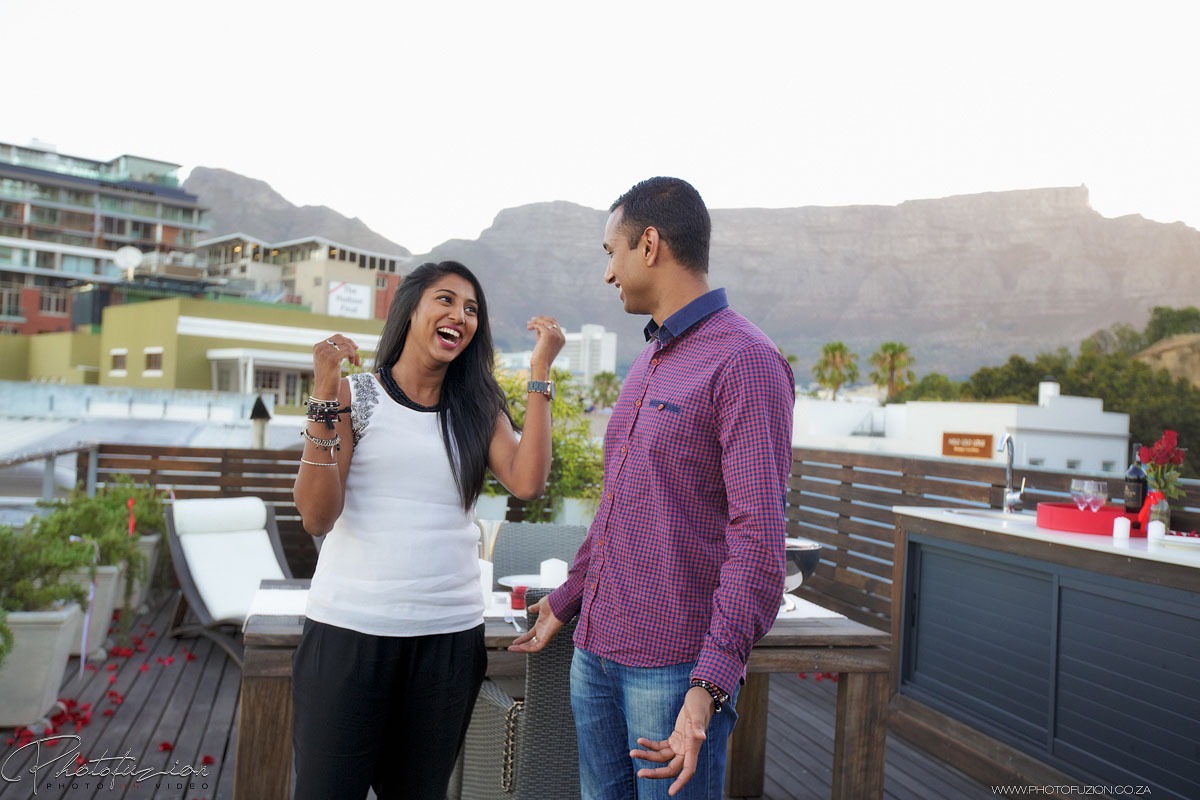 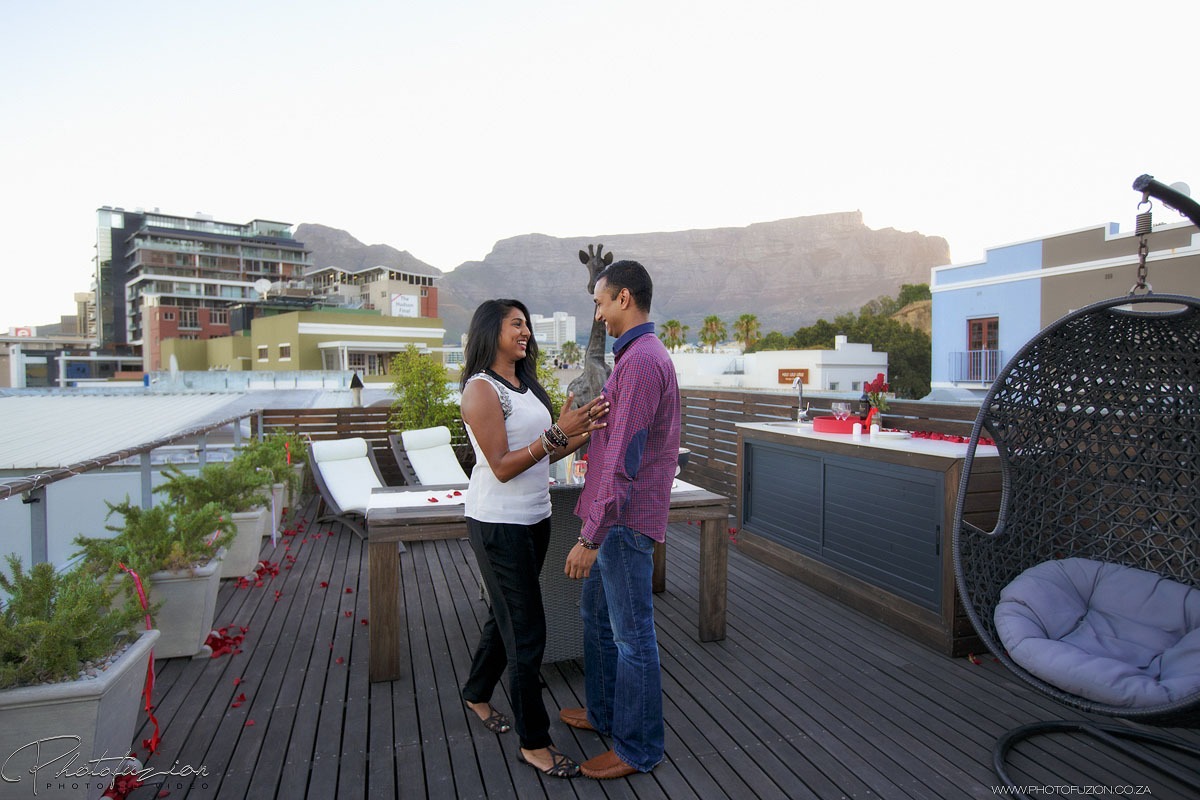 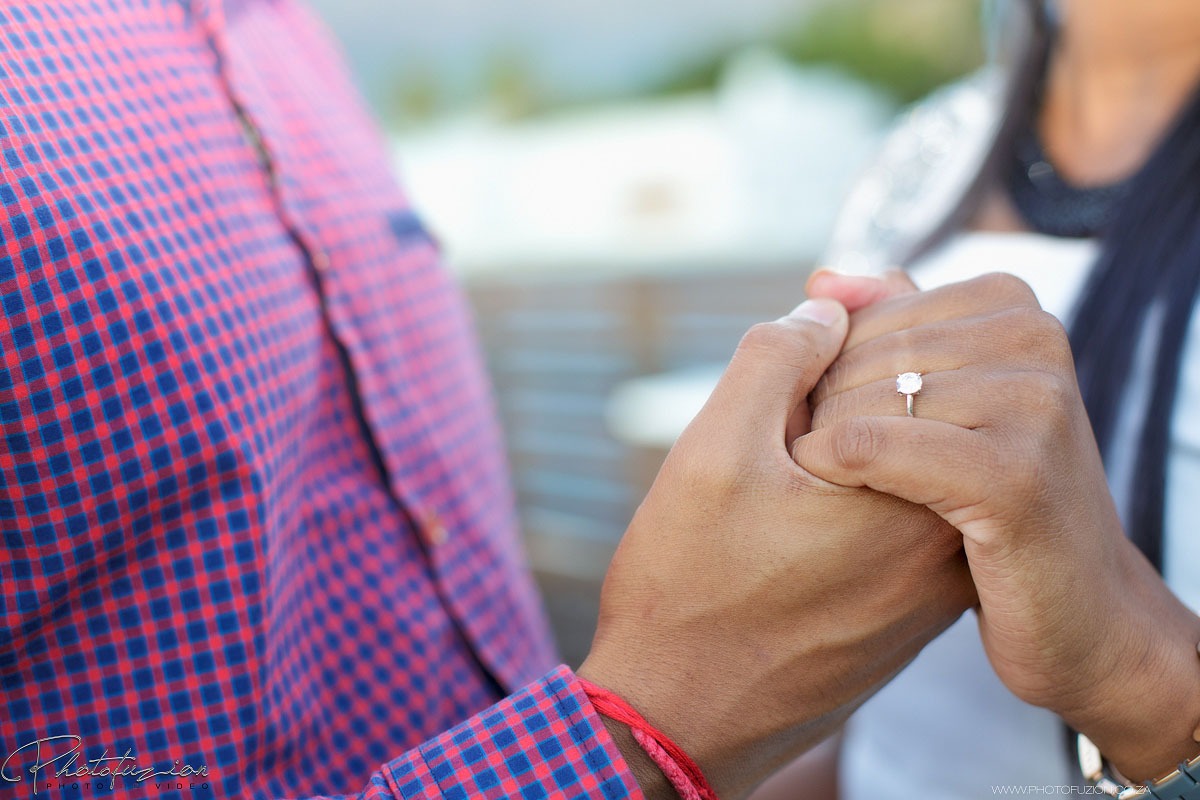 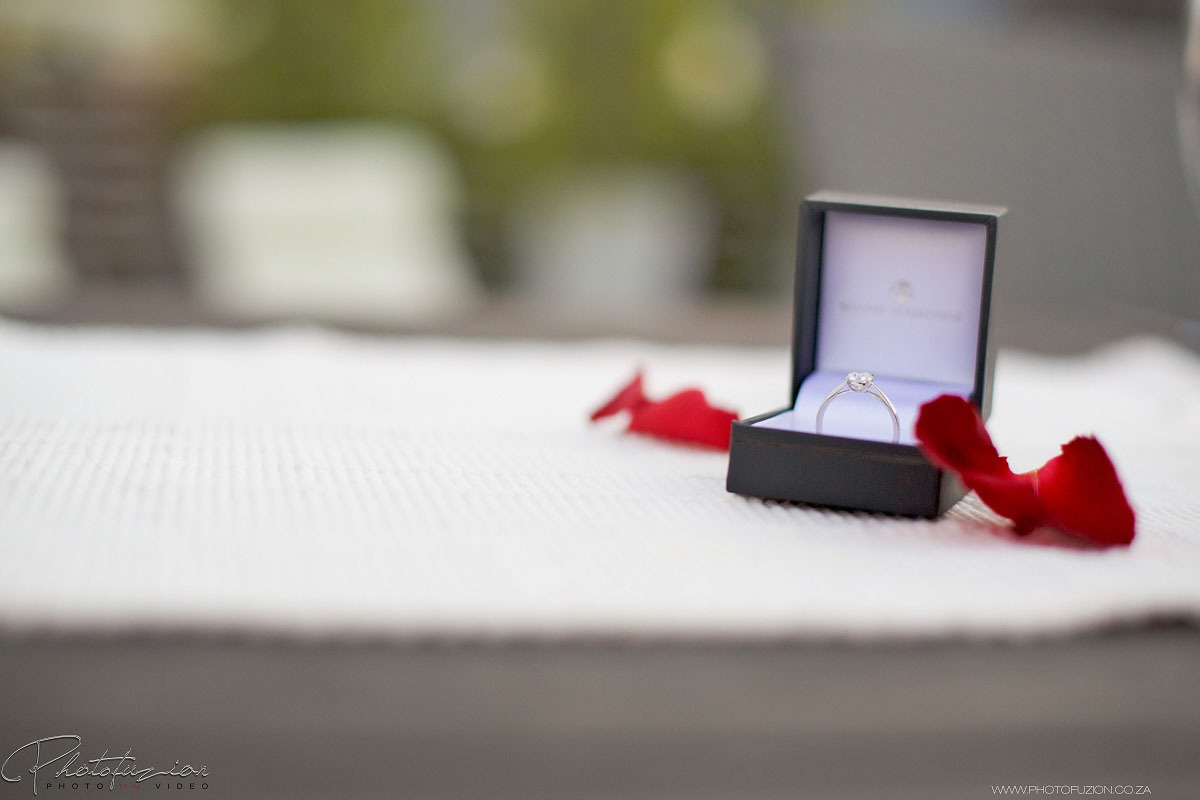 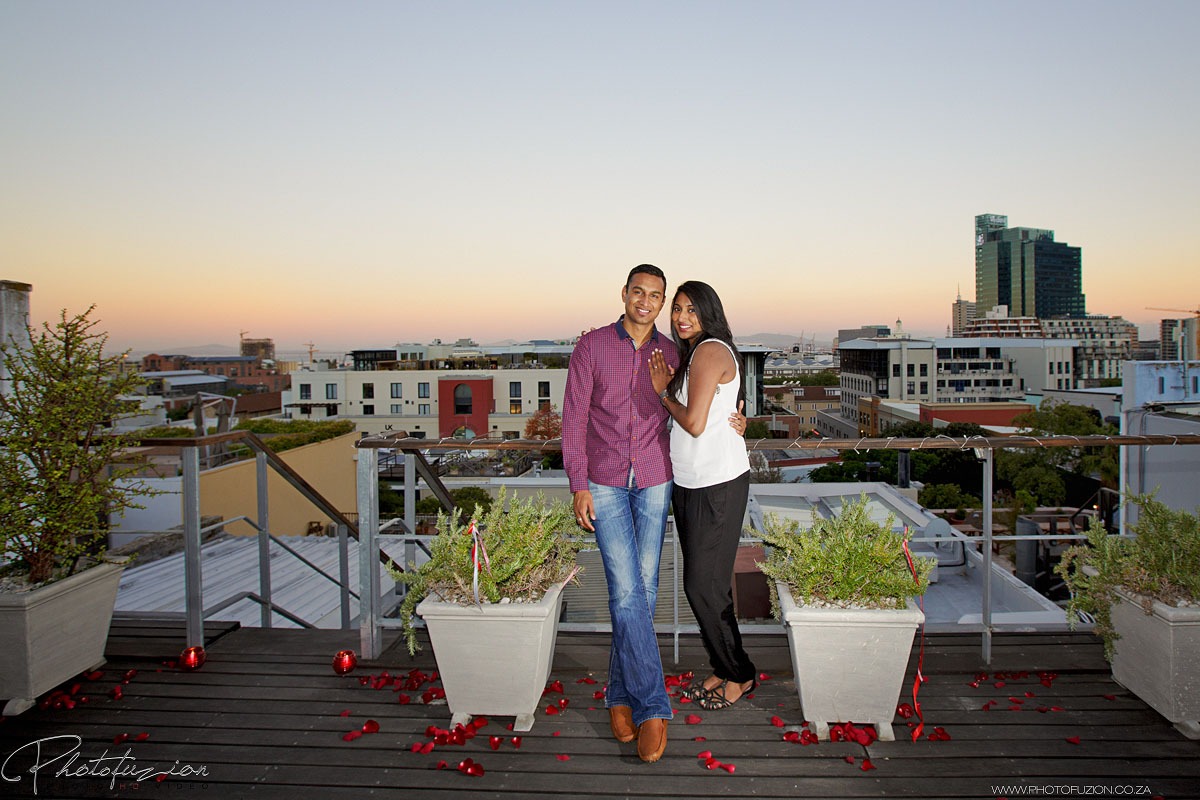 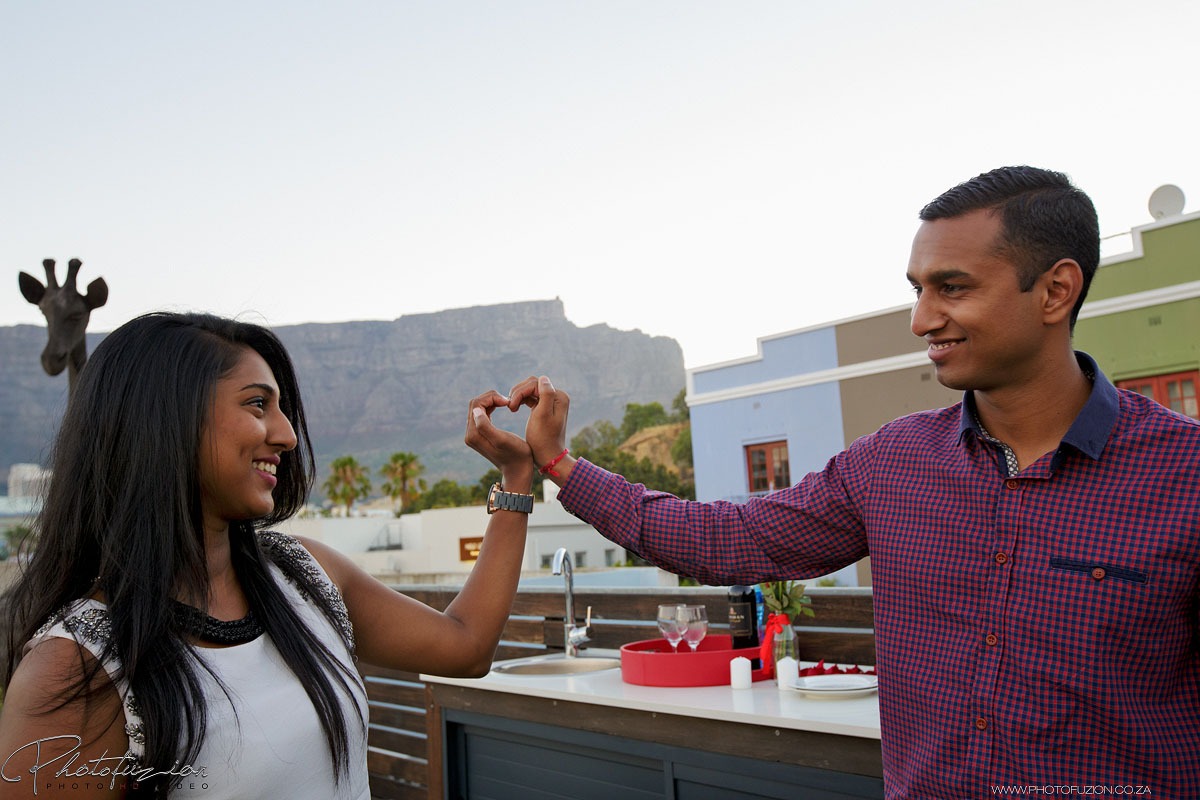