Our biggest congratulations to Keno and Kim on their beautiful treasure hunt proposal in a private garden venue in Johannesburg! Keno’s best friend, Davrin, first contacted us to help plan this amazing proposal for them. Davrin is a past client of The Perfect Proposal (see his proposal here) and he knew that we could assist with setting up a truly special proposal for Kim.

We knew the best private garden venue for the proposal – a venue that they would have exclusively. Dasreya told Kim that her work had a High Tea scheduled at the venue and that she was allowed to invite friends. Kim arrived (Dasreya told her that she was running late) and there was her first treasure hunt clue waiting for her with her name on it (and a big red heart balloon). The clue told her that it was time to take a trip down memory lane and then Keno would be waiting for her at the end.

She followed the clues and the balloons through the garden to arrive at the Rose Garden where an intimate picnic set up for two awaited her. There she saw a box with her name on it. She opened the box to page through the photo album of the two of them. The noise of the fountain meant that she didn’t hear Keno creep up and kneel behind her 😊 The last page of the photo album said “Will You Marry Me?” and Kim turned around to see Keno on one knee. She was so surprised that she hid her face in the photo album! It was a resounding “Yes!”.

They then enjoyed a delicious picnic box and a photoshoot around the gardens, before phoning all their friends and family with their happy news.

Keno and Kim Treasure Hunt Proposal was perfect! Keno and Kim, we wish you all the best on this wonderful new adventure. 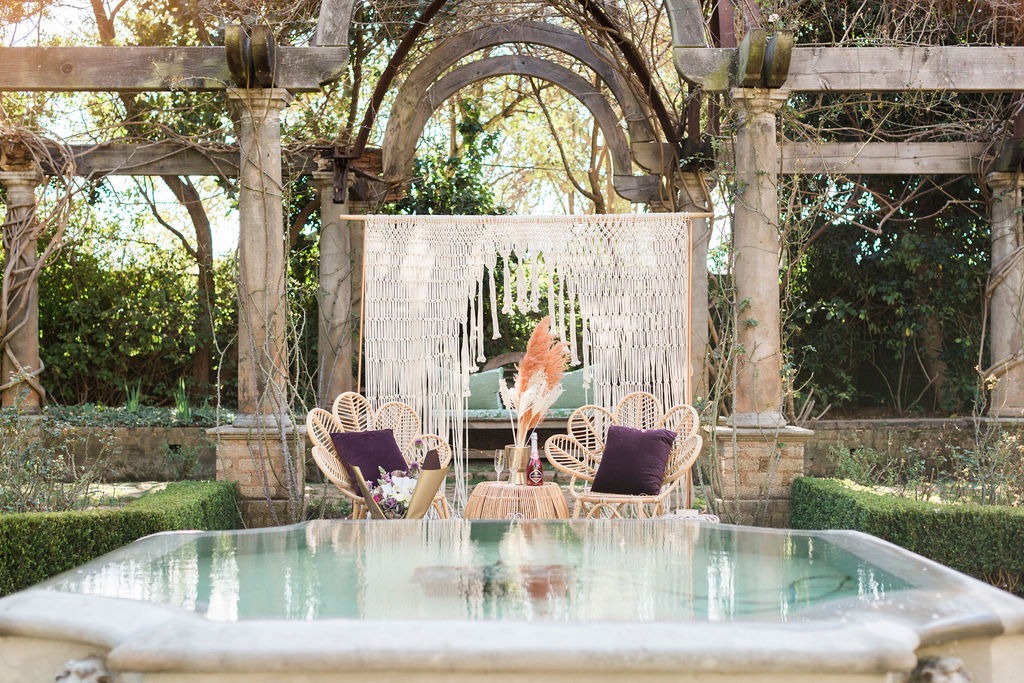 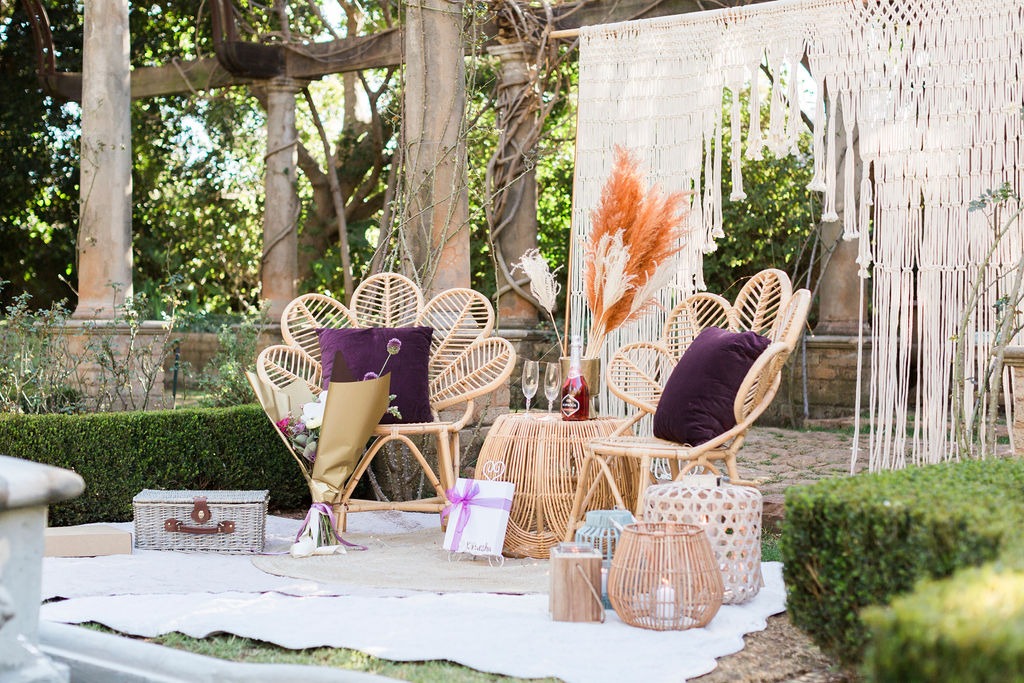 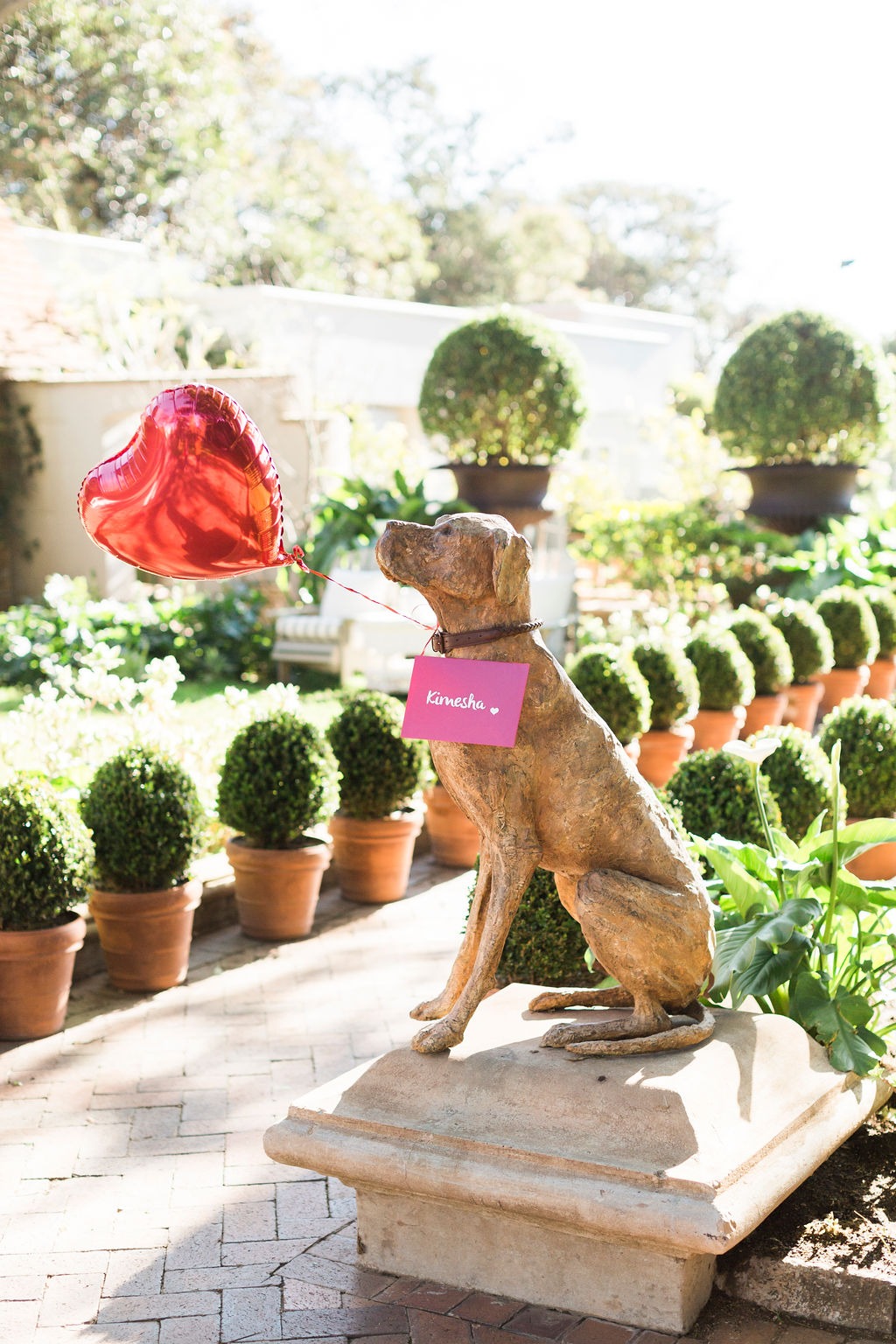 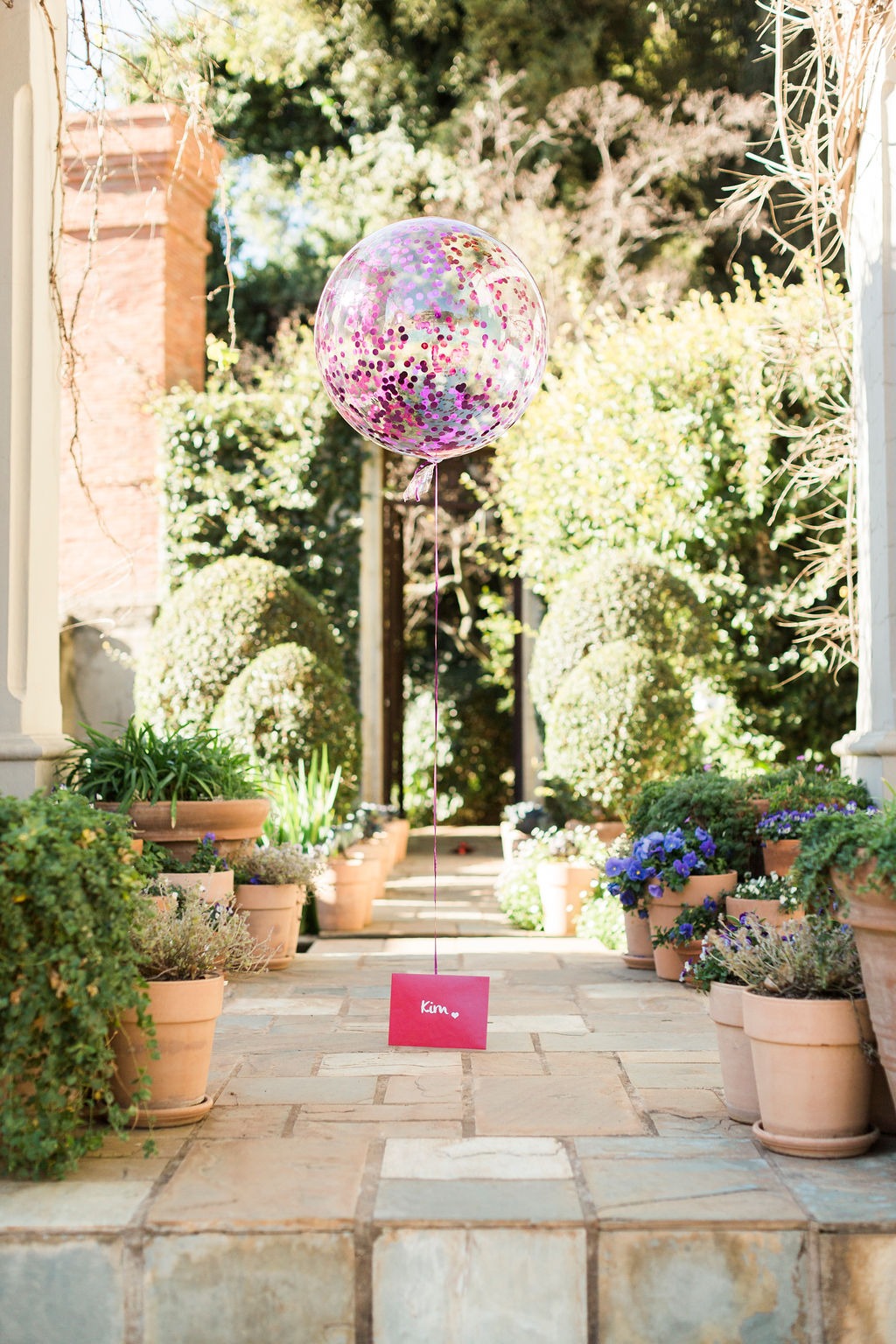 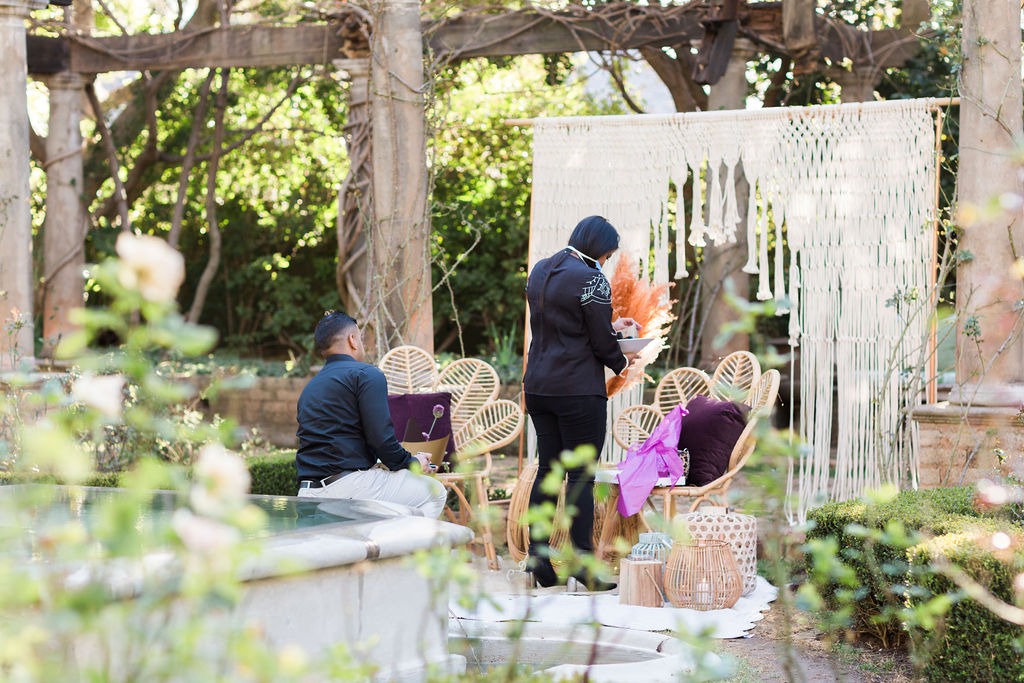 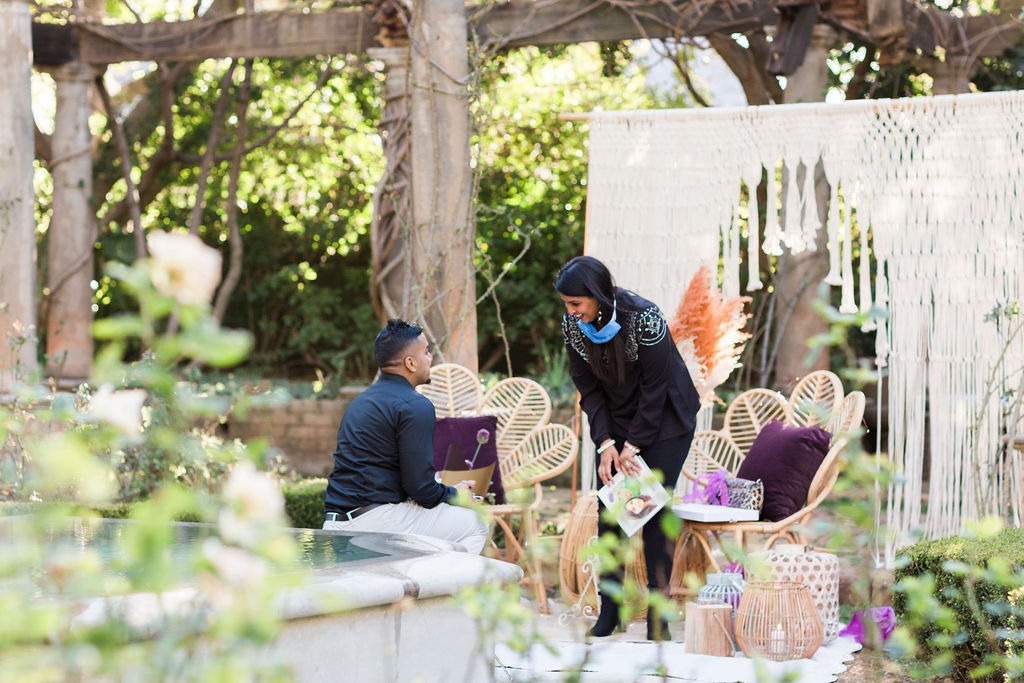 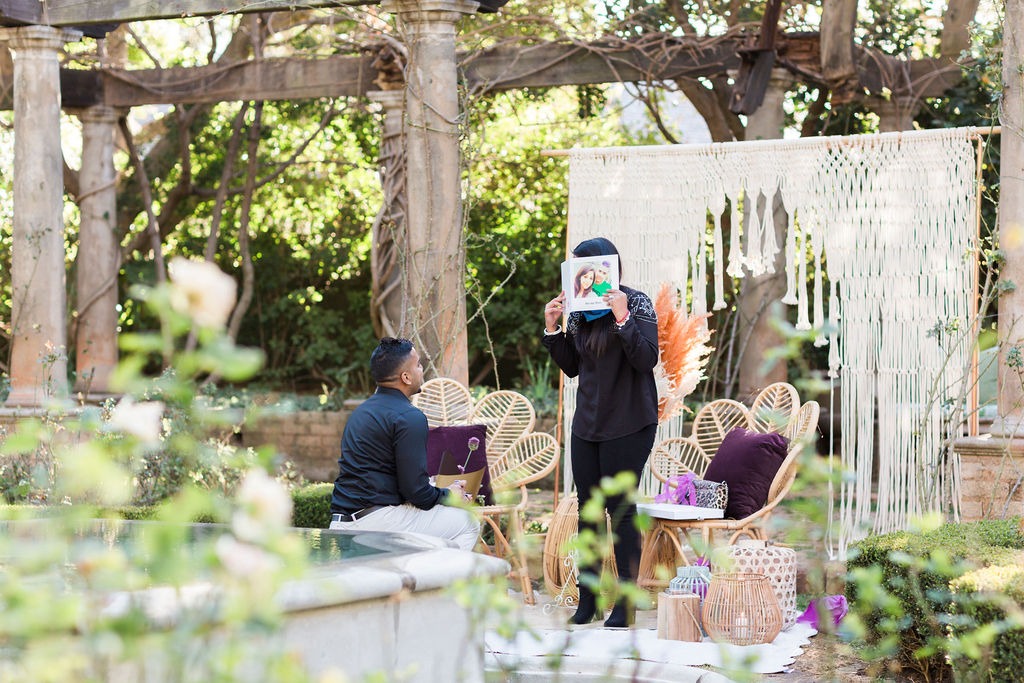 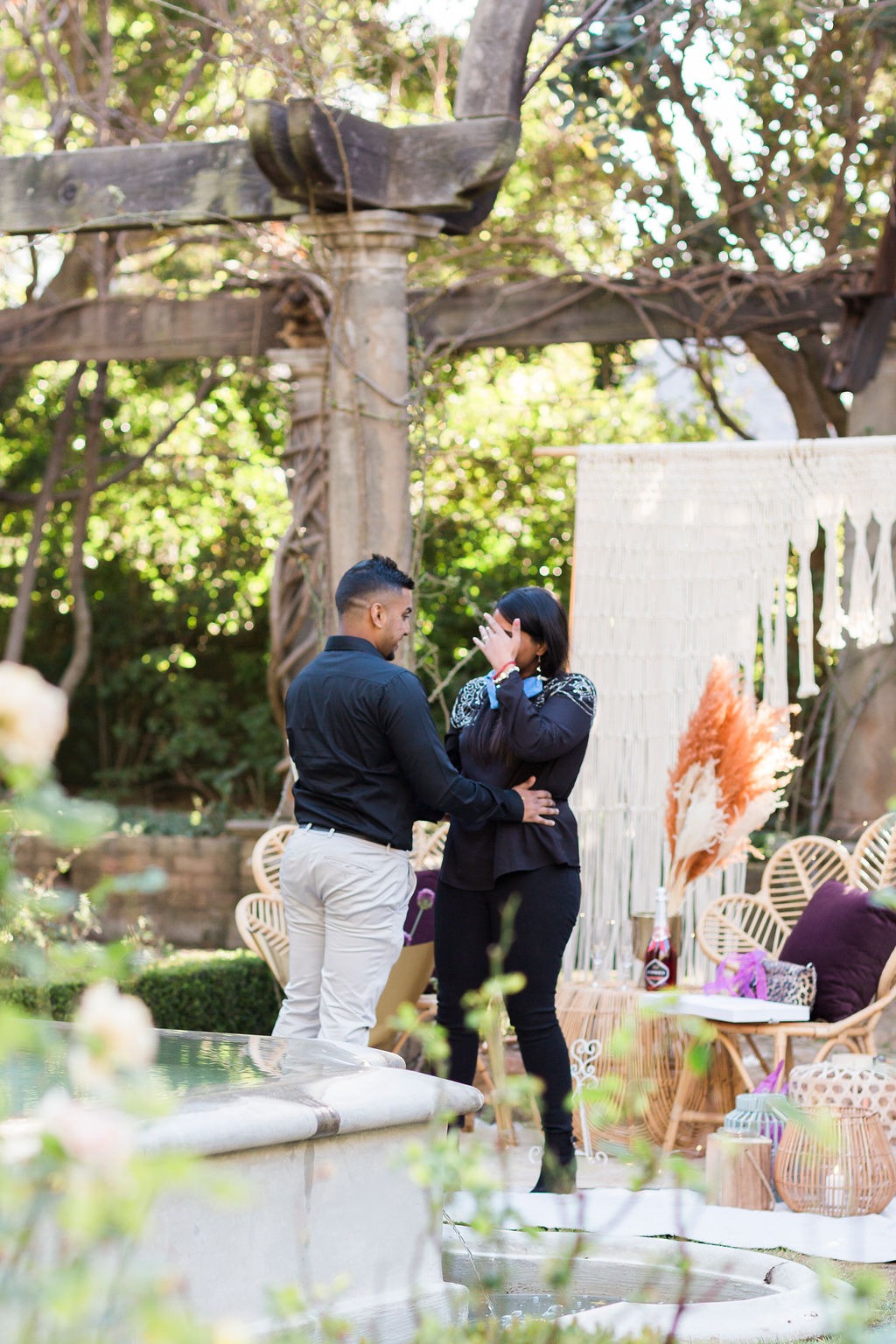 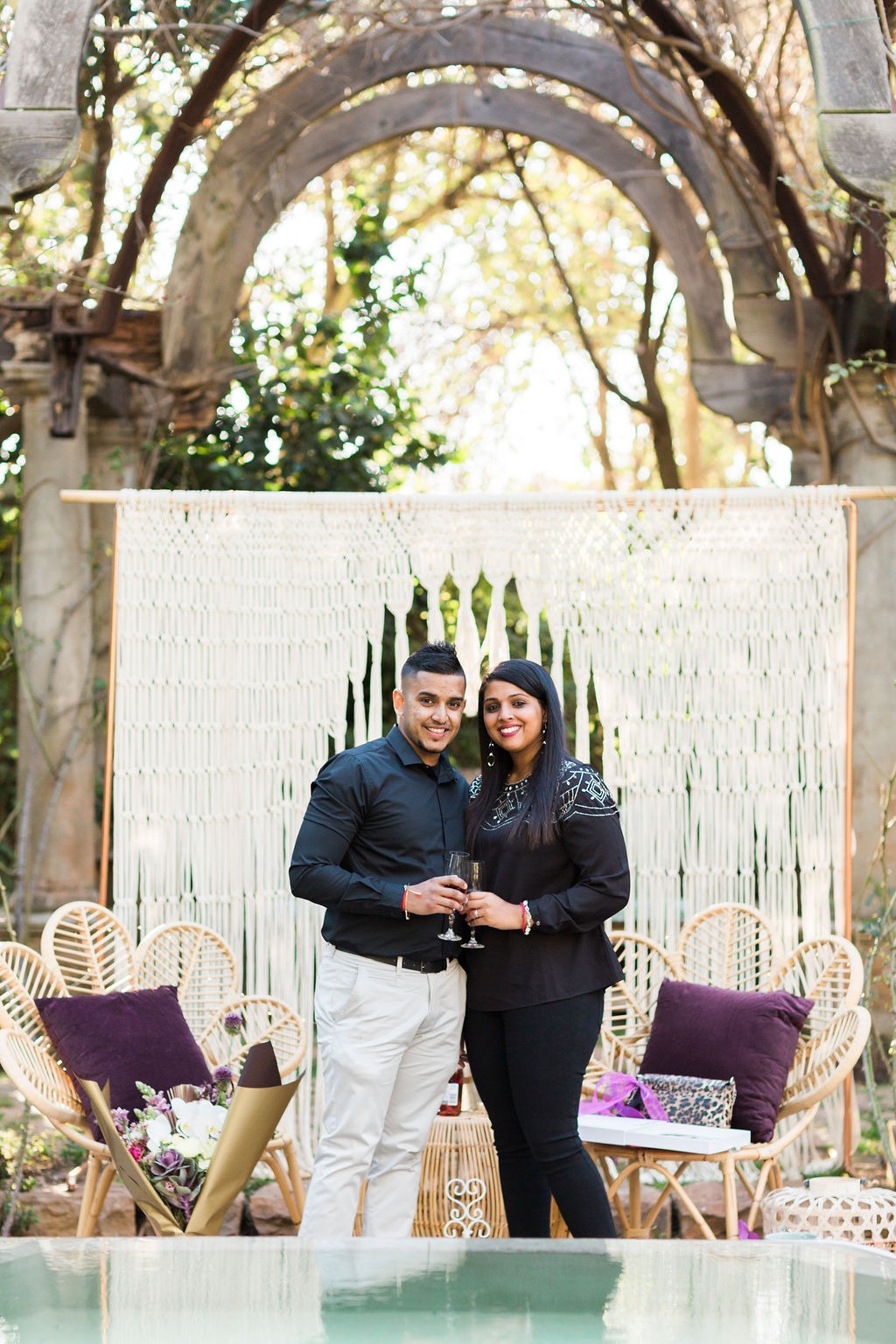 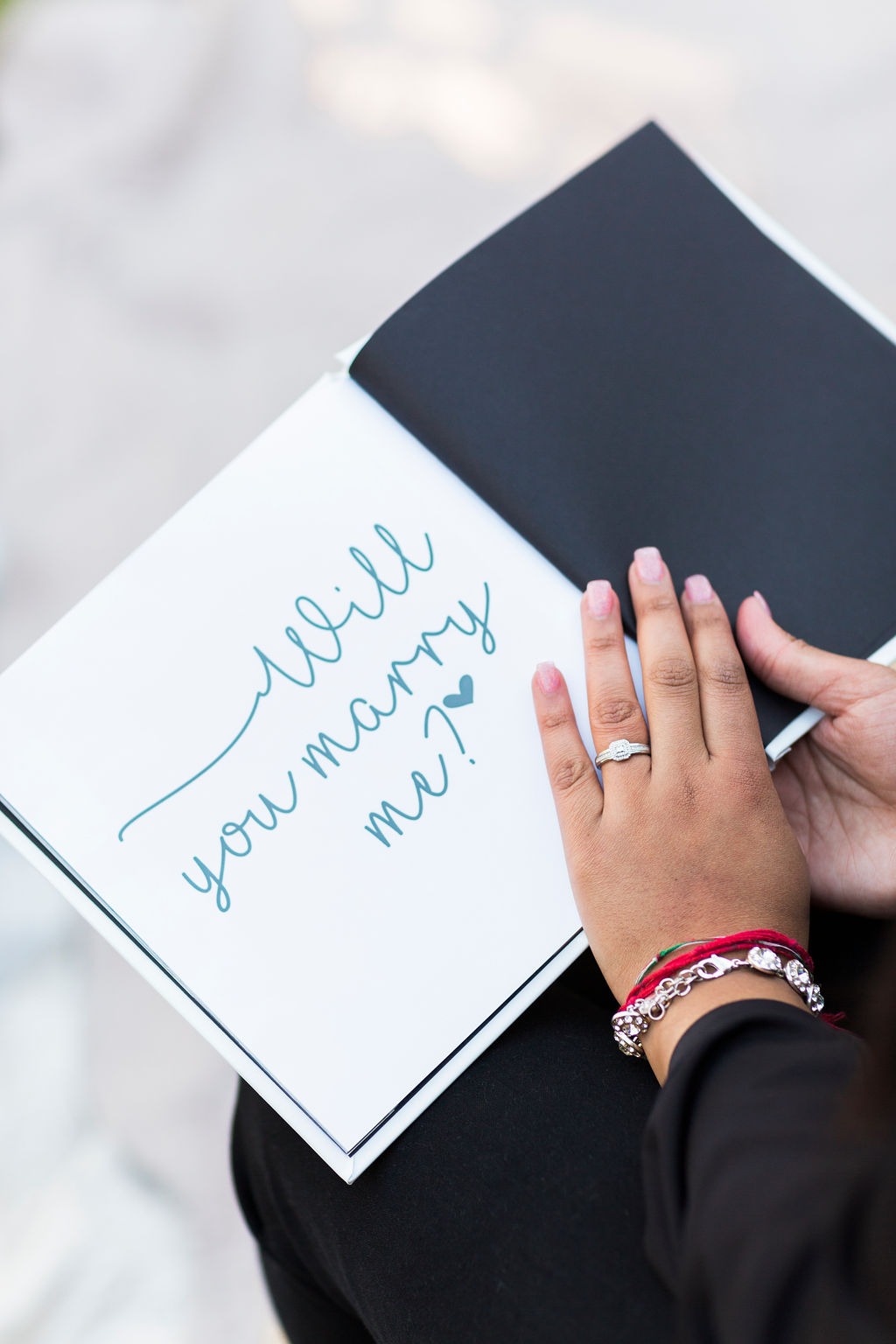