On the 22nd of August 2020, Armand surprised Elsa by dropping on one knee to ask her to marry him, she said YES!

Armand contacted us to assist him in arranging a romantic dinner proposal for him and his girlfriend, Elsa. Armand wanted to propose at the dinner table, but we suggested something a little more intimate!

The guest house where they had made dinner reservations, had their wine cellar and made for the ideal area to propose in total privacy. Armand loved the idea, so we set out to plan the romantic wine cellar proposal.

A little more about our special couple first; they are originally from the Congo but are currently live and work in South Africa. Armand and Elsa met at university, at an international festival hosted by the University of Johannesburg.

They love the outdoors and nature, spending quality time with each other and discovering new places. Fine dining and a good bottle of champagne are also on the top of their list when needing to unwind after a busy week!

On the day, Elsa and Armand arrived at the guest house and were offered some refreshments.  We had already set up the cellar earlier during the day, and the photographer hid strategically in a corner to capture the moment.

We, of course, had to think of a way to lure Elsa into the cellar, so the manager of the guesthouse announced that they were “running a re-opening special”. The couple would be led to the cellar separately to select a bottle of wine. Should they both choose the same bottle, the guest house would offer it to them on-the-house.  The only stipulation was that Armand was to select the wine first, and then Elsa would be called to come downstairs and select her bottle thereafter, Elsa fell for it hook, line and sinker 🙂

Armand was lead downstairs first and then Elsa followed about 3 minutes later. As she turned the corner at the bottom of the staircase, Armand dropped to one knee, inside the beautiful heart-shaped rose petals, and asked her to marry him! Elsa was giggling so much that she nearly didn’t respond – then she said YES! She stood in shock for a few minutes as she took in the beauty of the décor as well as what had just taken place.

The photographer, Francois captured the couple’s special moment, then they were lead back upstairs to the private dining area, with the fire on the go, and the table beautifully set with candles and our décor. Next to the table was a string of lights with photo’s attached, of their journey together thus far. Francois continued to photograph them in the private lounge and dining area, and once starters were due to be served, we congratulated the happy couple one last time and left them to enjoy their romantic dinner.

Elsa and Armand wine cellar proposal was stunning. We wish them a beautiful future together! It was an absolute pleasure to have assisted them in creating this special evening! 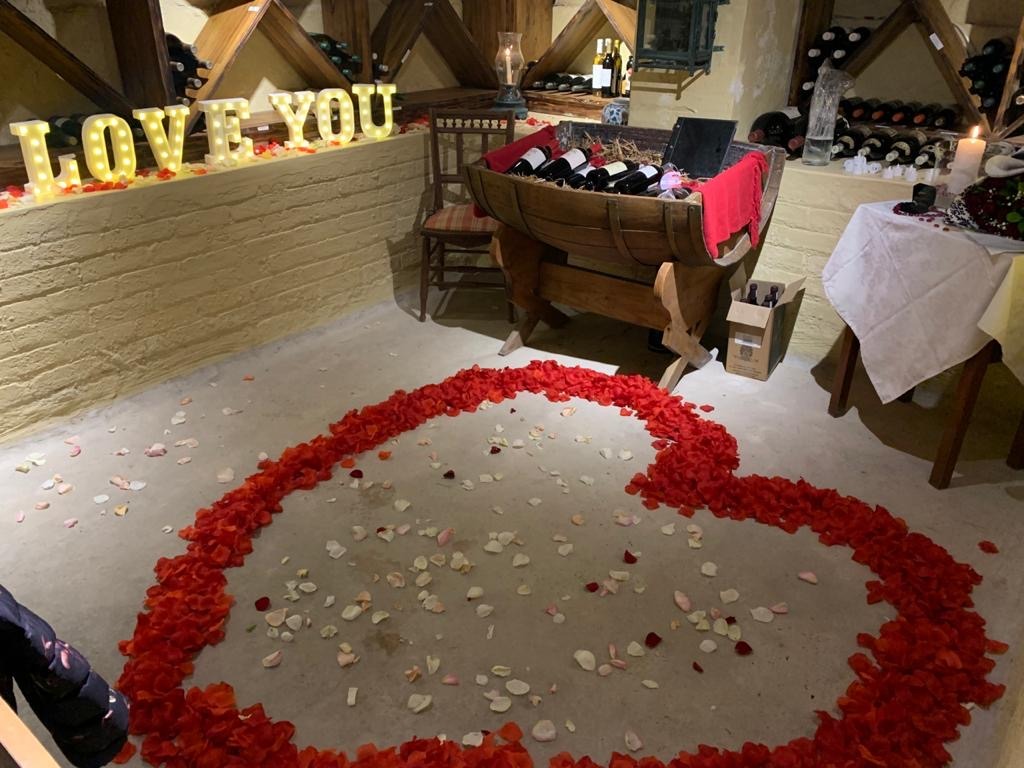 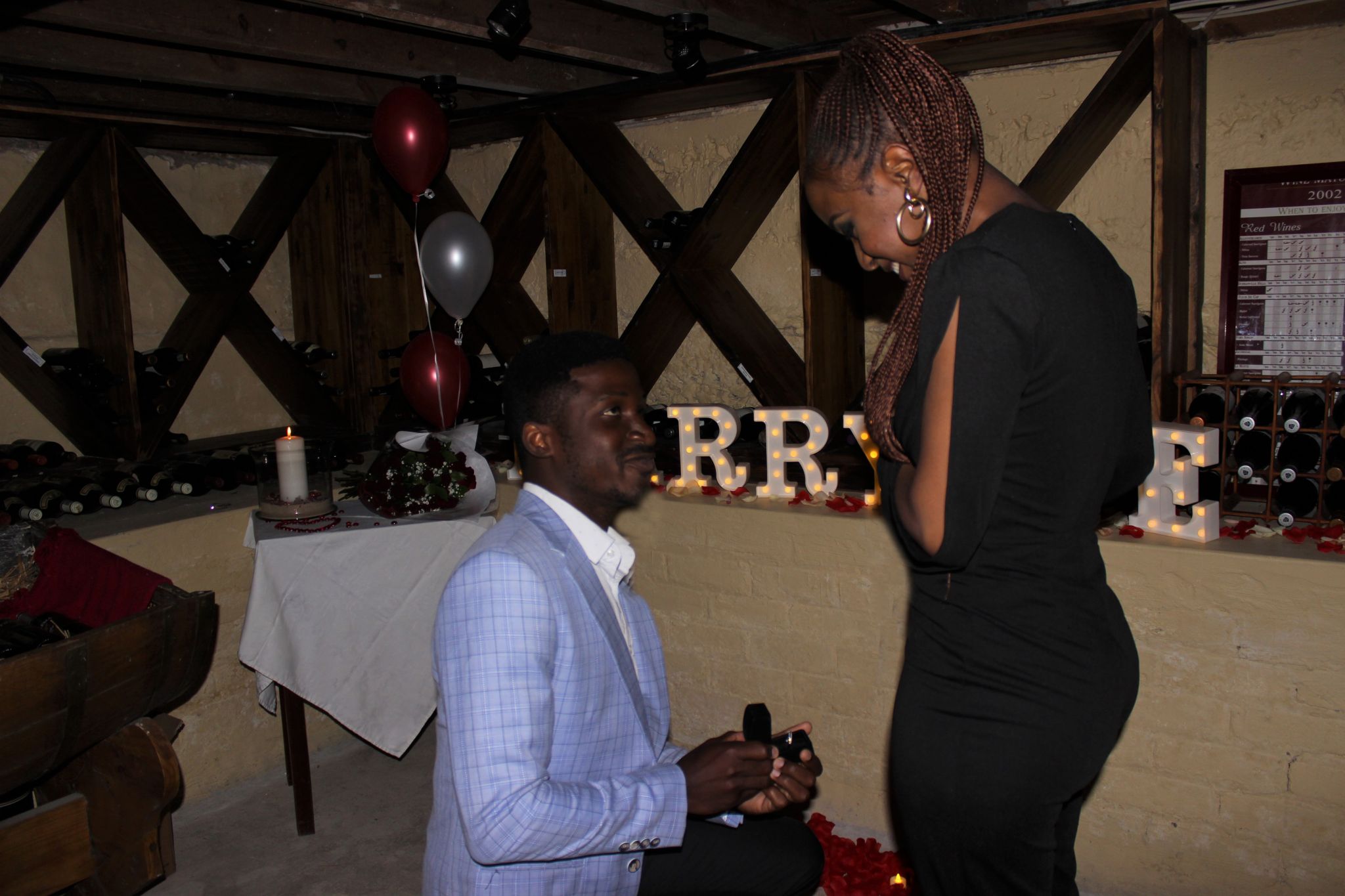 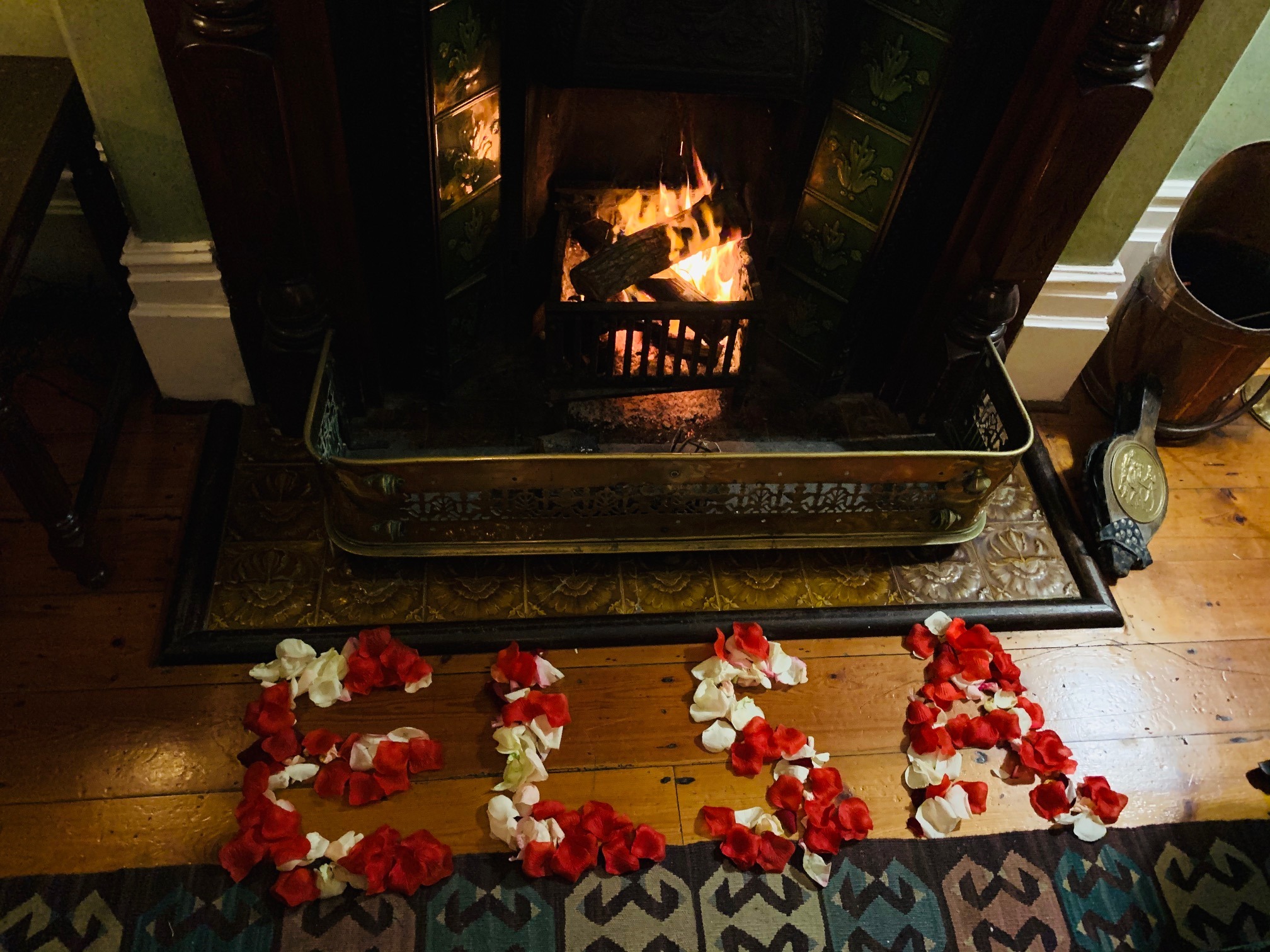 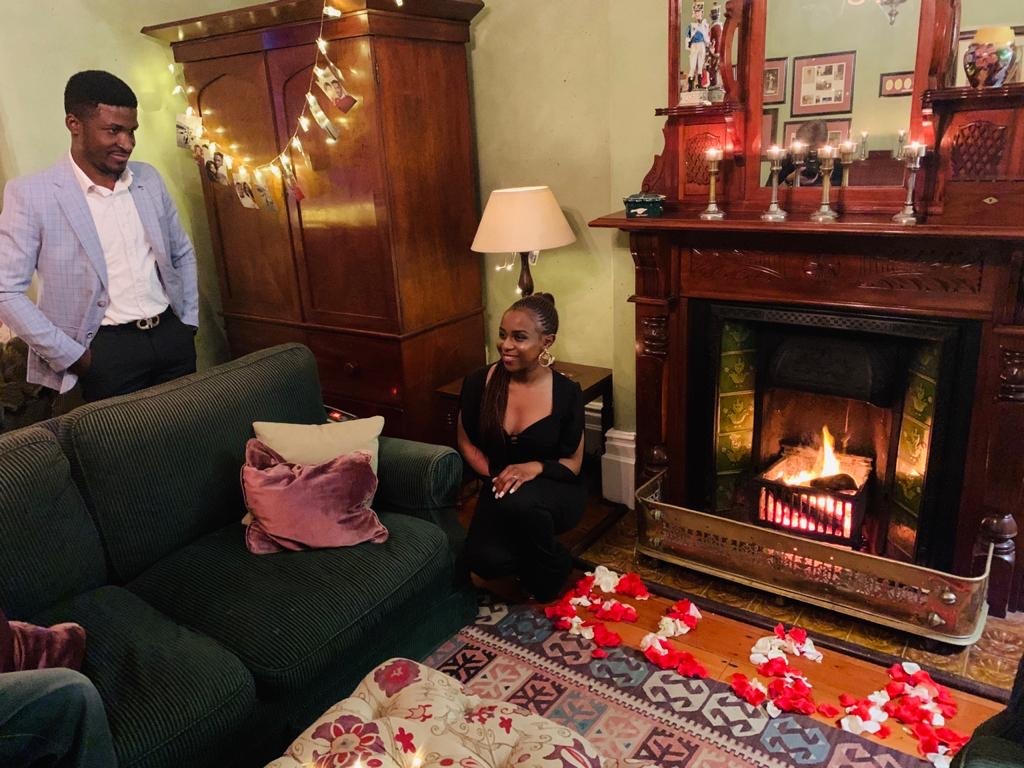 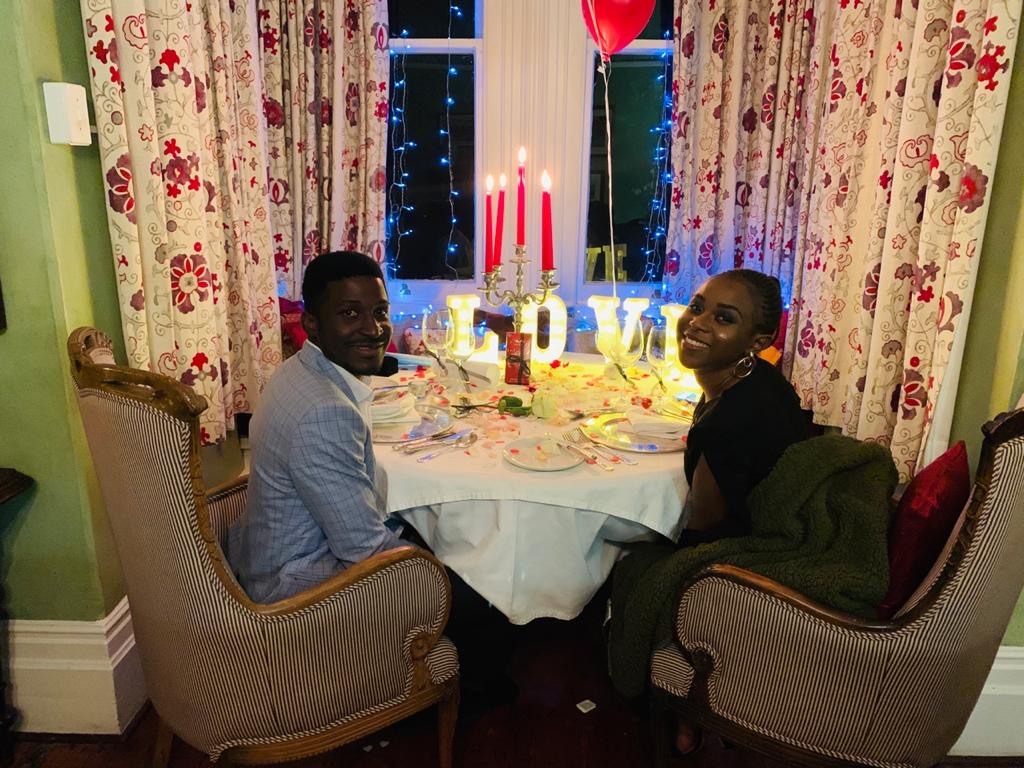 Have a look at our other Port Elizabeth proposal’s here.