On the 7th of February 2020, Jonathan and Shereen got engaged while on holiday in Durban!

Jonathan contacted us in March last year to discuss the various ideas that he had in mind for his absolutely Perfect Proposal to his girlfriend Shereen. He had a good idea of what the day needed to involve as he had already given it a lot of thought and he wanted all the details of this very special surprise planned to perfection. The big day was to be arranged for when they came down to the beautiful Kwa Zulu Natal North Coast on holiday from Johannesburg in the new year.

The plan was for them to go for a relaxed snorkelling session at uShaka Marine World and during their swim in the tranquil waters that this underwater experience is made up of, an employee of the water park would swim up to them with the prepared “Will you Marry Me?” sign that we had provided them with. The trusted diver also had the treasured ring box which he then handed to Jonathan so that he could officially propose to Shereen as they immediately popped up and removed their snorkel masks. Once this happened, the couple cut their underwater session short and came out of the lagoon to pop a chilled bottle of their favourite bubbly that we had waiting on ice for them so they could enjoy it while listening to the romantic and sentimental love songs that Jonathan had so carefully chosen for the musicians to play for them.

This incredibly happy occasion that was over flowing with love and laughter was then followed by a fun filled photoshoot with the lovely Olivia Rebecca Photography.

The surprises for Shereen kept coming as we had also planned a celebratory lunch for two at the Cargo Hold Restaurant in the heart of the phantom ship. We booked them a table with a superb view – right next to the shark tank in this captivating venue. Jonathan had also planned a very special sentimental gift which he presented Shereen with at lunch as well as an enormous bouquet of roses.

uShaka marriage proposal of Jonathan and Shereen was so much fun. Congrats, we wish you a very happy future together. 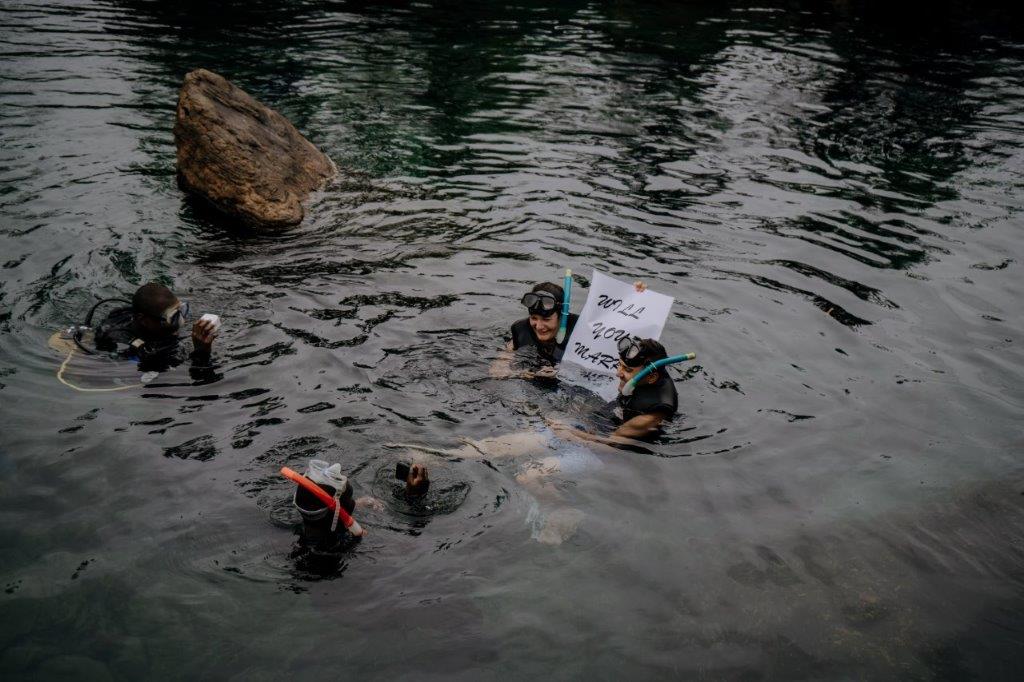 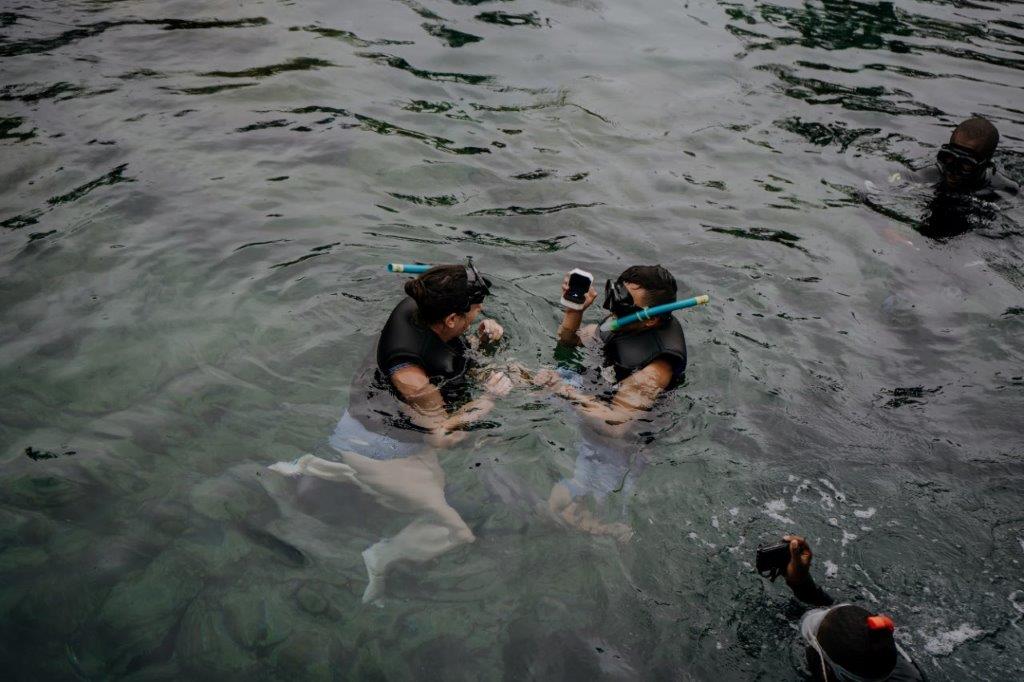 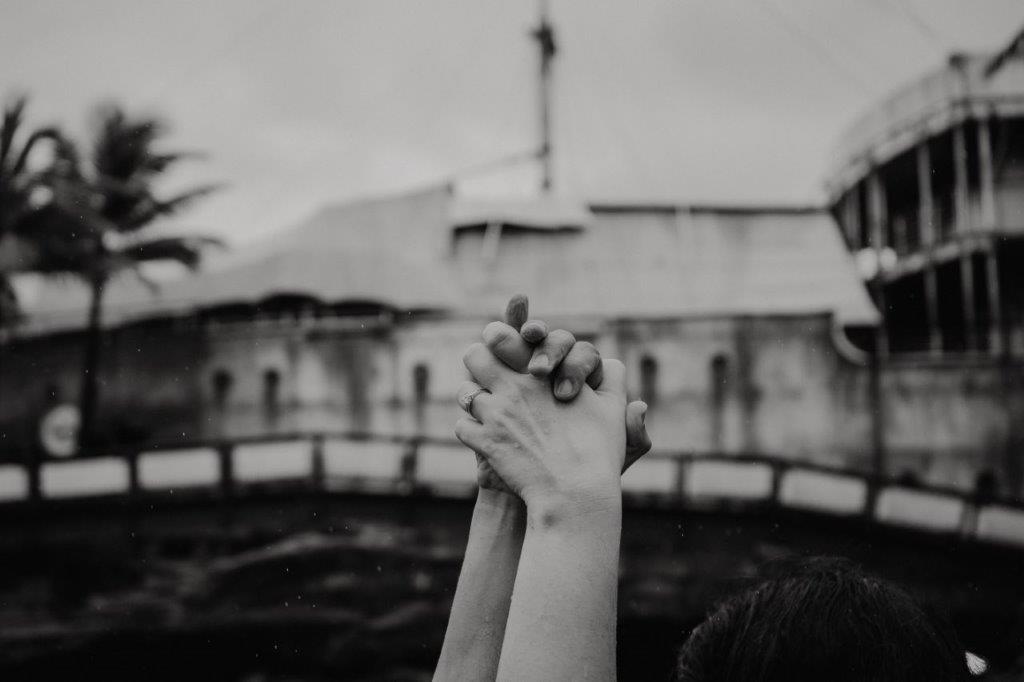 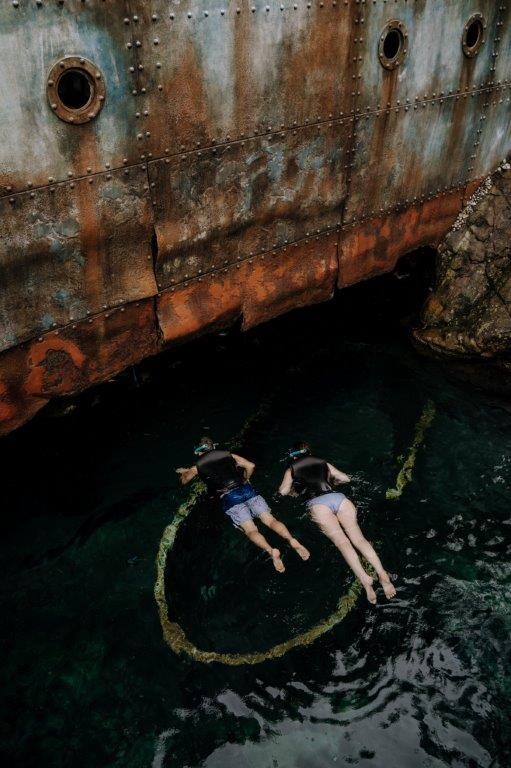 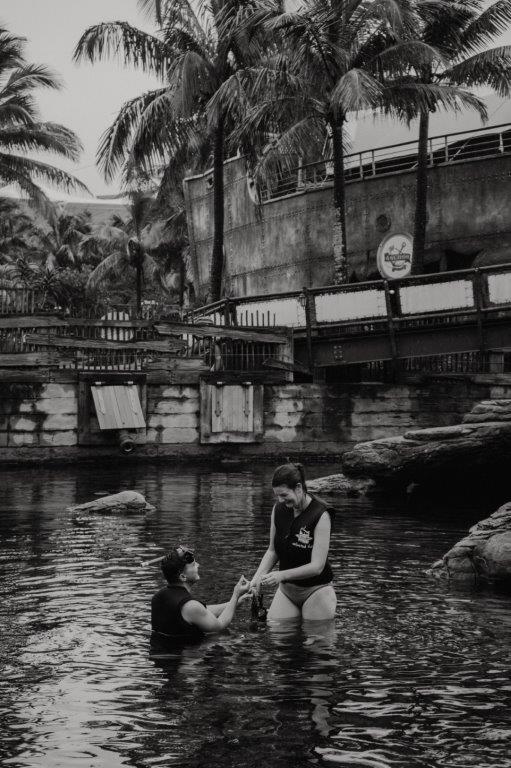 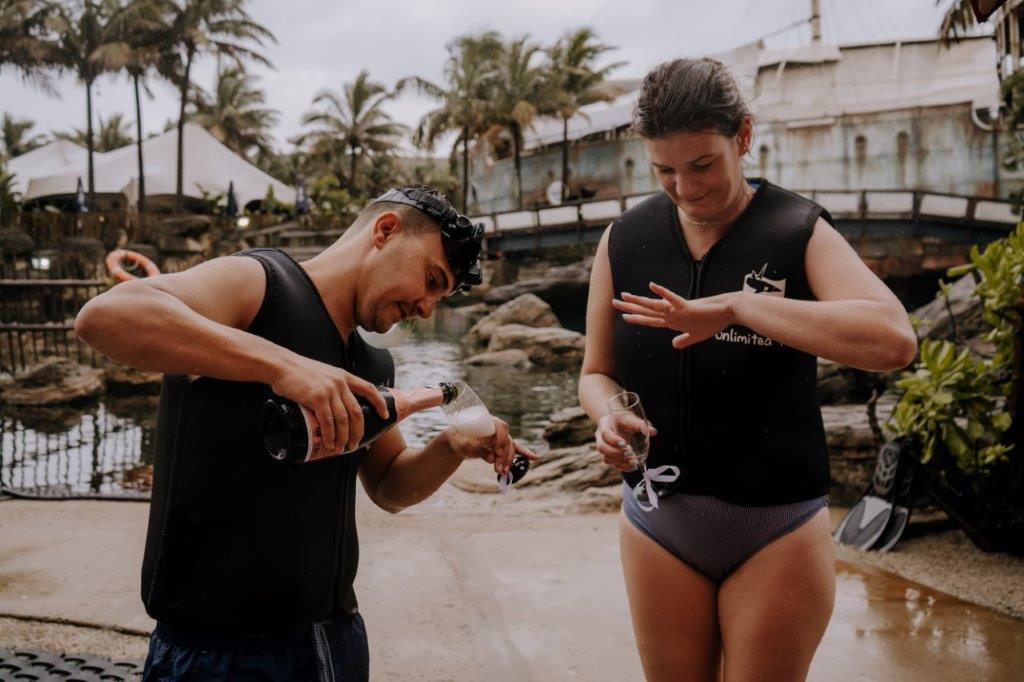 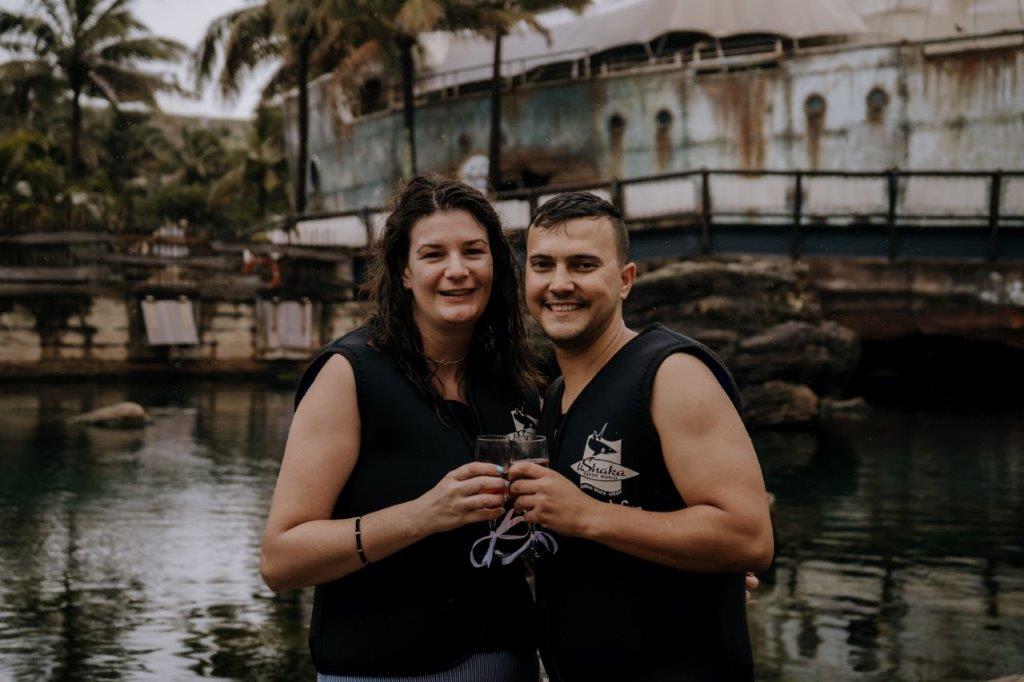 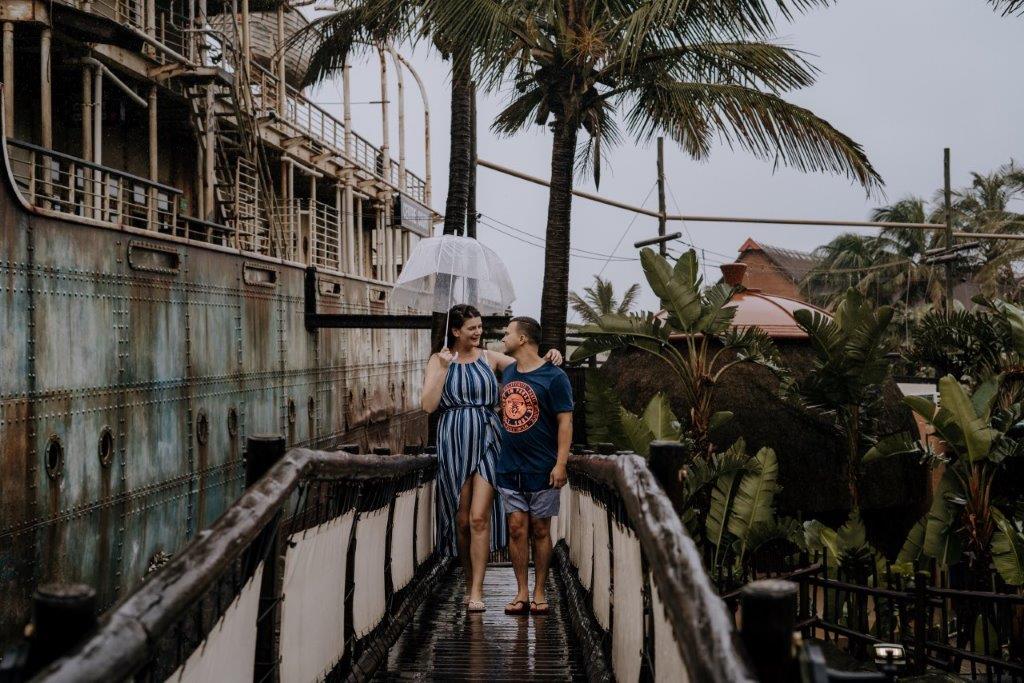