On the 29th of February 2020 Lucky asked his girlfriend to marry him and she said YES!!

Lucky contacted us on Christmas eve in order to discuss the plans that he had in mind for proposing to Pinkie. He had an idea of the type of proposal that he wanted and he also had a budget in mind which meant that we had a good starting point to work with. We got straight to work on planning everything for him so that the day ran smoothly and was perfect for them in every way.

Our couple took a helicopter flight along the scenic KwaZulu Natal coast line before turning in land to a beautiful game farm, and what Pinkie was unaware of, was that the photographer that was “hitching a ride” with them was actually there deliberately so that these precious moments could be captured for them.

Shortly before landing, the photographer handed over a board to Lucky for him to show Pinkie, we had it printed with the words “Will you Marry Me?” and the surprise reaction from Pinkie was perfect indeed, she was completely taken by surprise and left absolutely speechless. This reaction was even more evident when Lucky took the ring box from his jacket pocket and presented her with an exquisite diamond engagement ring.

After the helicopter landed, the game viewing vehicle collected them from the heli pad in the field and took them to the hotel where we had beautifully decorated a table on the deck in preparation for their champagne breakfast with views of the surrounding rolling green hills.

Thereafter, they went on a private game drive with an expert ranger and enjoyed a photoshoot with Courtney Warren Photography where they wondered around with beautiful giraffe, buck, ostrich, zebra and wildebeest as their companions.

Their return flight back to Durban was equally as scenic, especially for Lucky who was now relaxed and could enjoy the views from the air.

The Helicopter and Safari proposal for Lucky and Pinkie was fabulous! It was so exciting from start to finish and we wish you all the best with the wedding planning. Congratulations on your engagement! 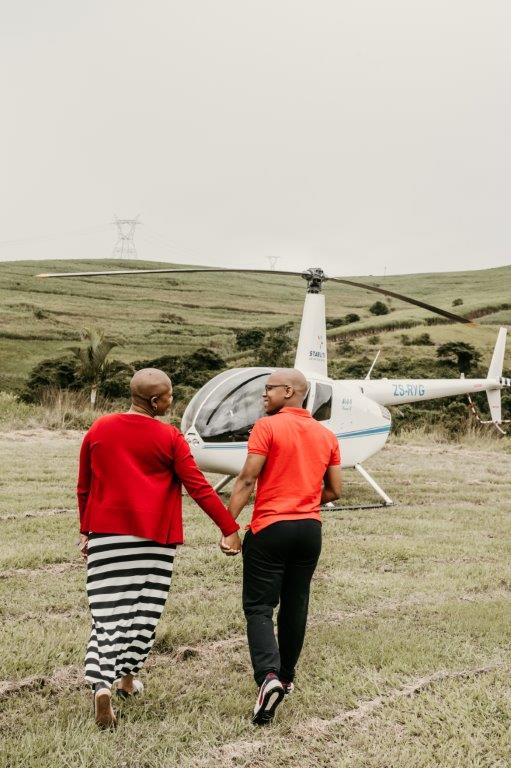 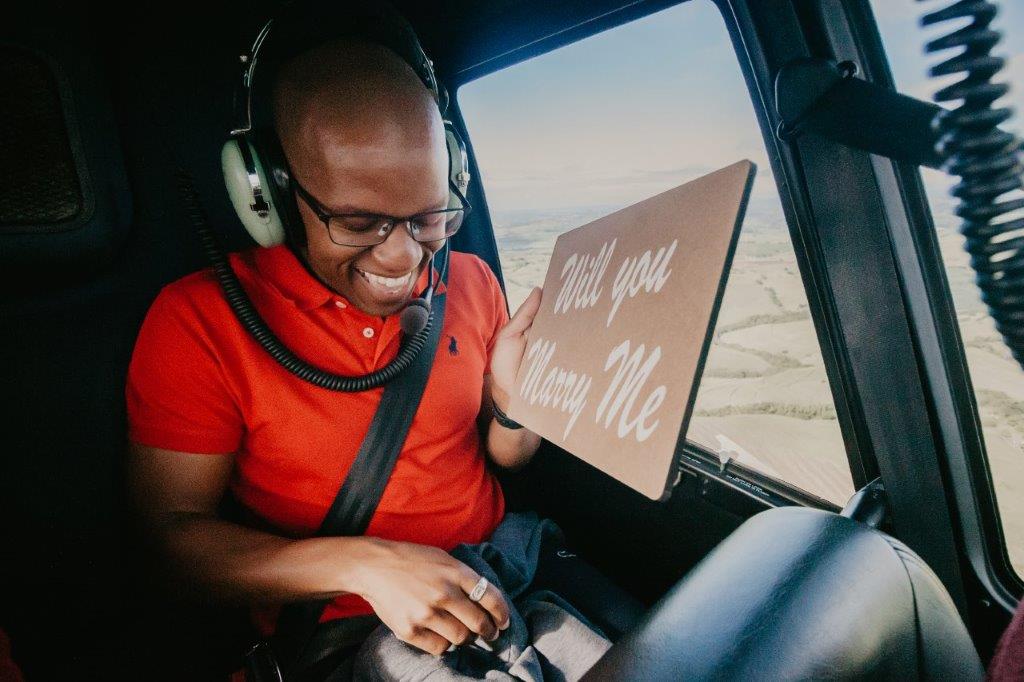 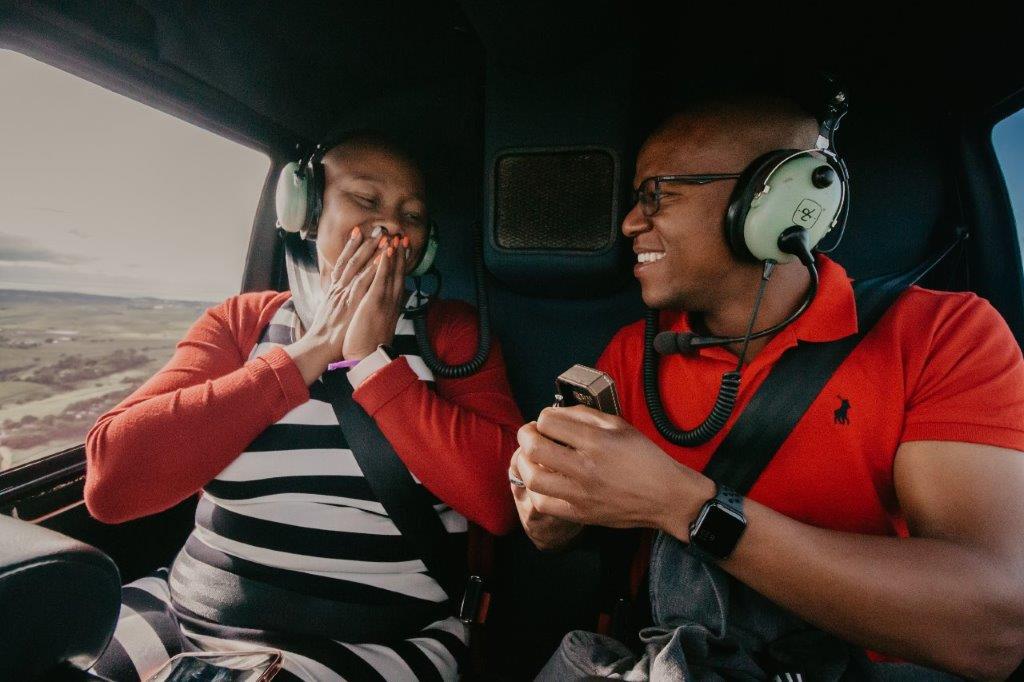 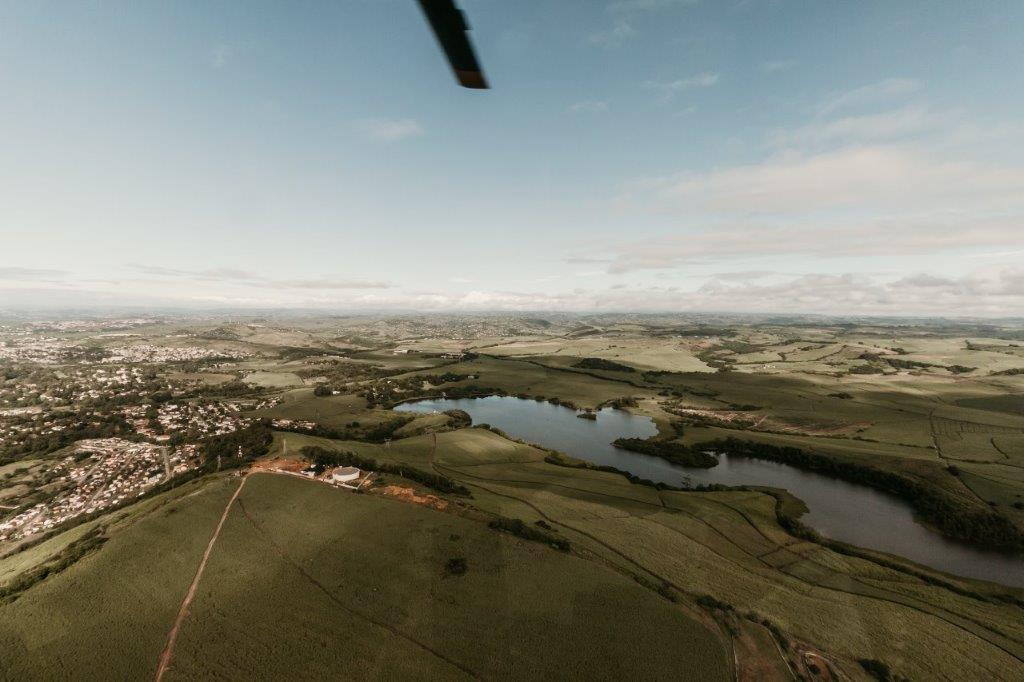 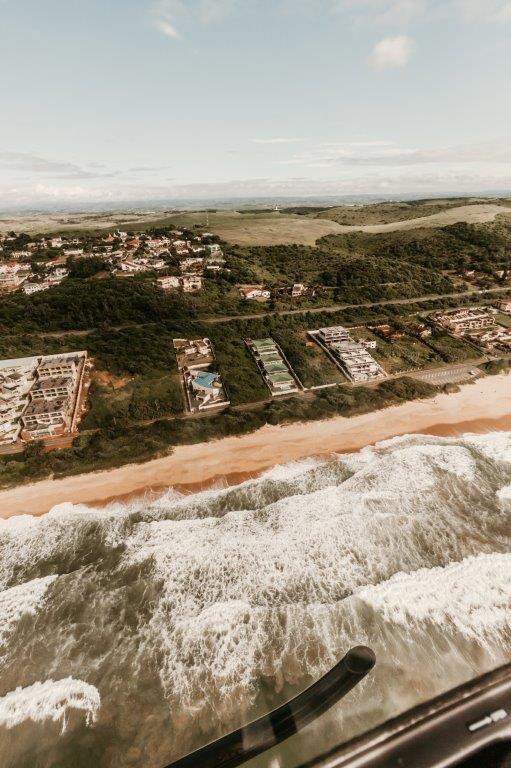 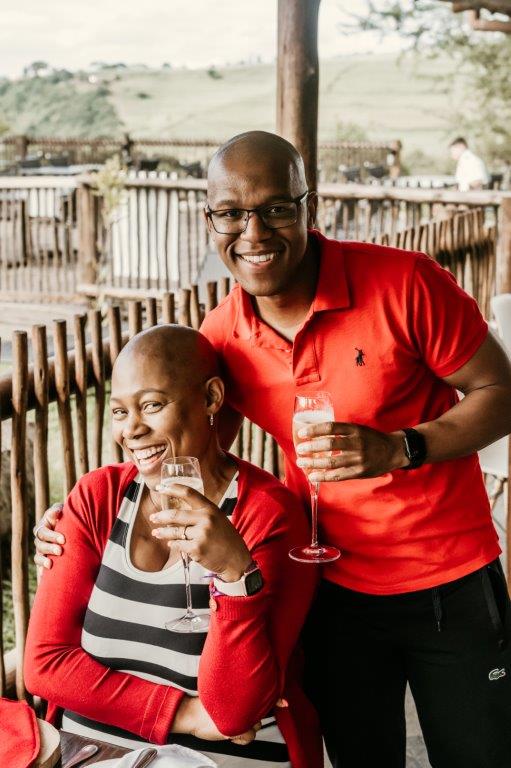 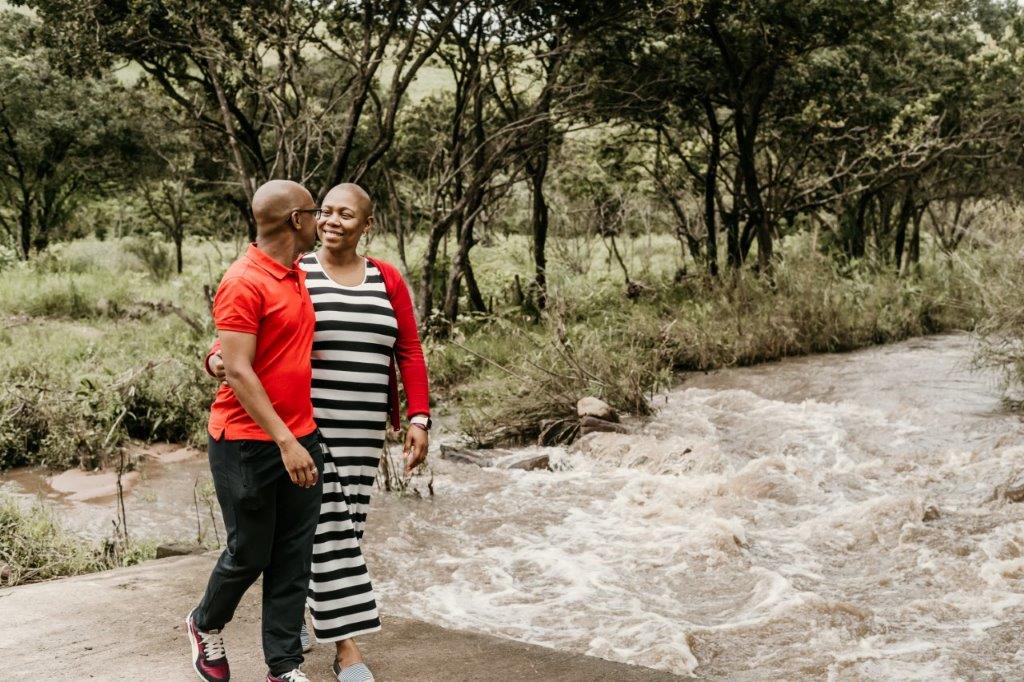 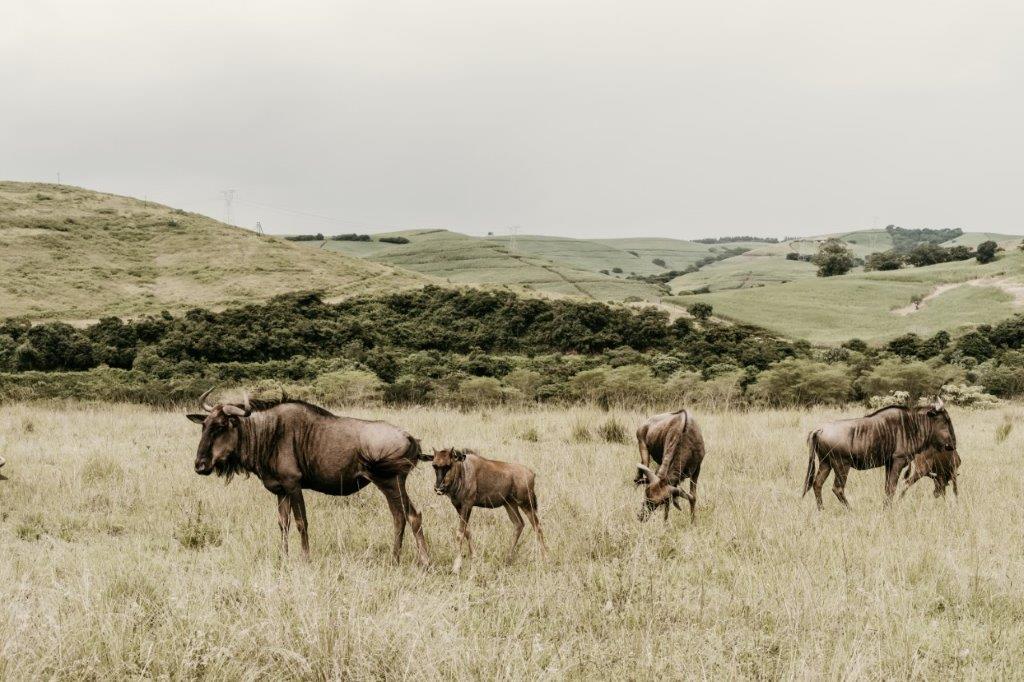 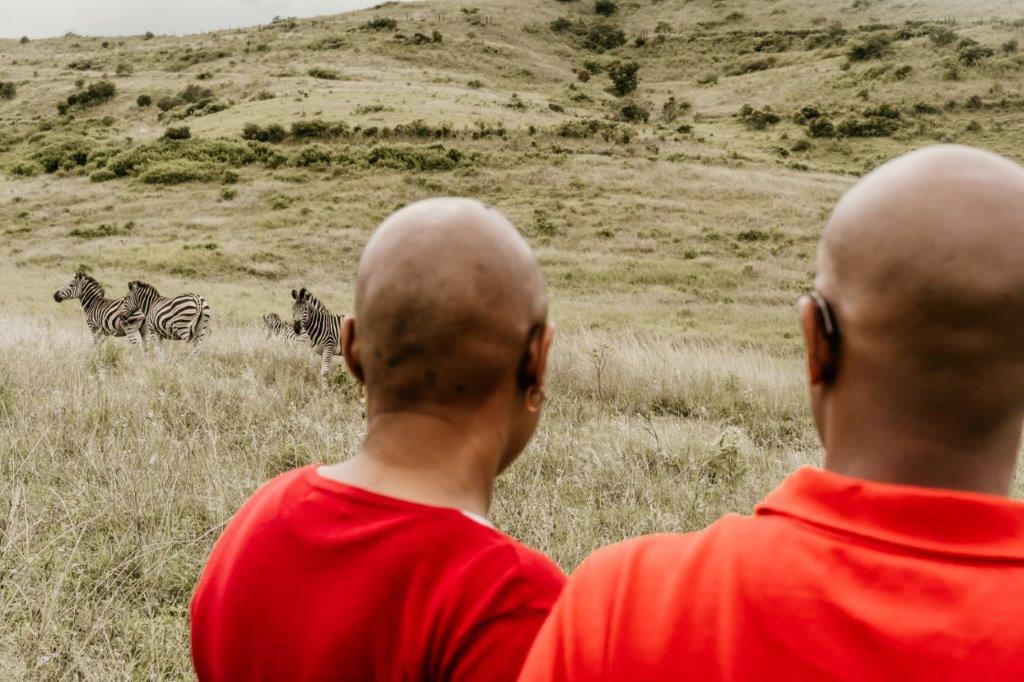 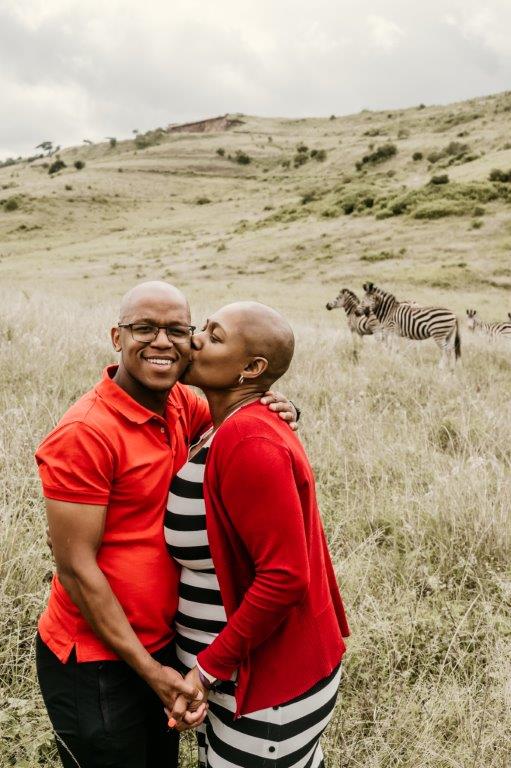 Looking to pop the question on a helicopter, click here for more ideas.