Sasheen and Deepa had been going out for 5 years when he decided to start planning a proposal that would take his girlfriend’s breath away. Sasheen informed Deepa that he had his end of year work function at Steenberg Estate in Constantia. Deepa’s family were all aware of what was going to happen so they offered to drop her off at the wine farm as Sasheen was already going to be on site.

Deepa climbed out the car in a beautiful black dress, looking like a movie star and begun to walk towards the area that we had set up. She had signs leading the way up the garden with romantic words which then lead her to a path of red rose petals and lanterns and as she got to the top of the garden there was light up marquee lights that spelt, “MARRY ME DEEPA”. Her boyfriend was standing in front of the lights in a heart made from red rose petals. He then got down on one knee and asked her to marry him. SHE SAID YES!

Sasheen had hired a photographer and videographer to capture the special proposal. Deepa was blown away by the effort and romance that Sasheen had created for her and she was SO surprised. Her family that had dropped her off came out of hiding and they enjoyed the champagne and took some photos.

Once the reality of what had just happened had set in, they all went for an incredible dinner at Steenberg restaurant and the couple then spent the night at the hotel.

This proposal was one that was truly breathtaking. Sasheen went all out with the decorations and created such a romantic proposal. Sasheen and Deepa giant lights proposal – we loved! We wish this couple all the best in their future! 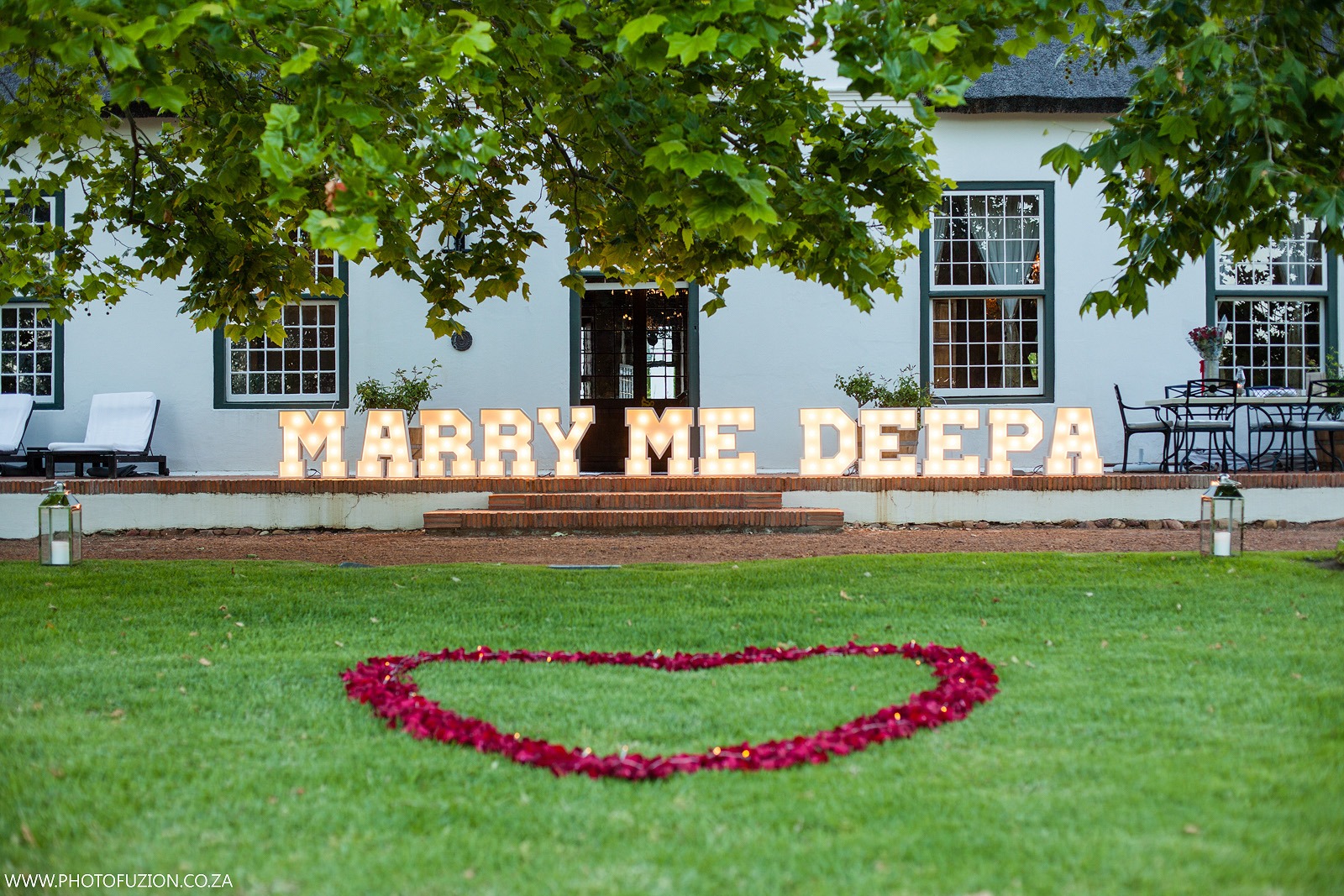 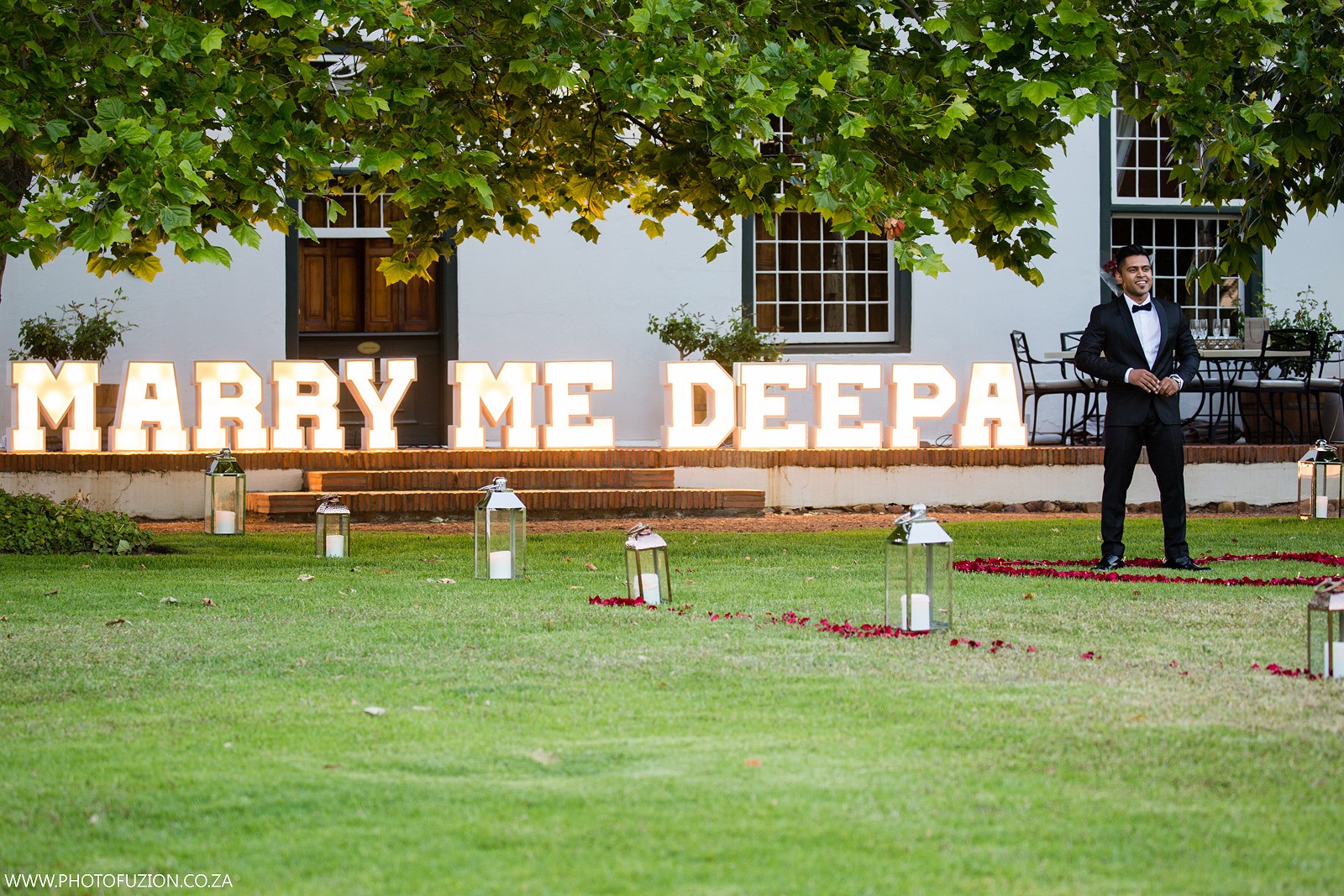 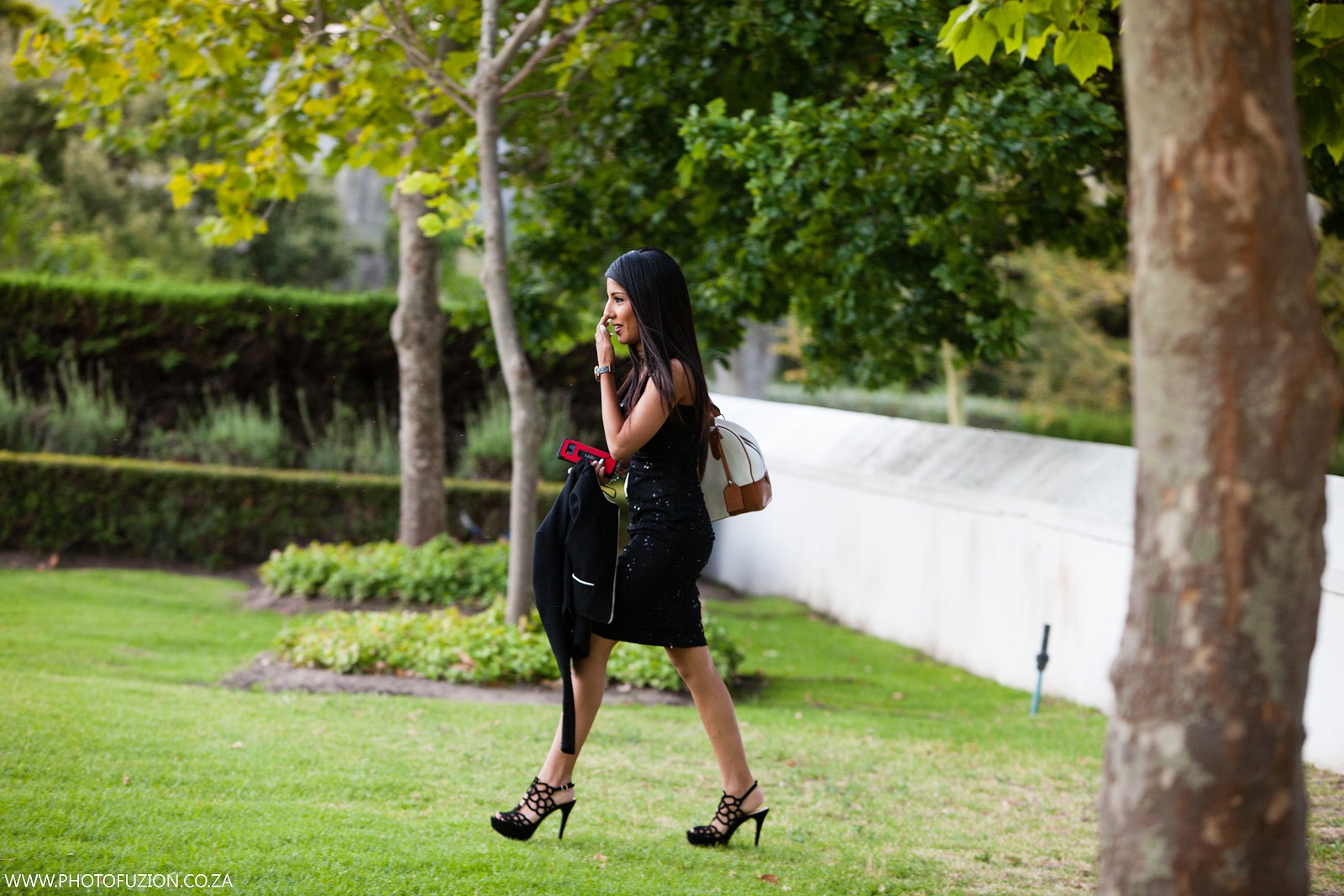 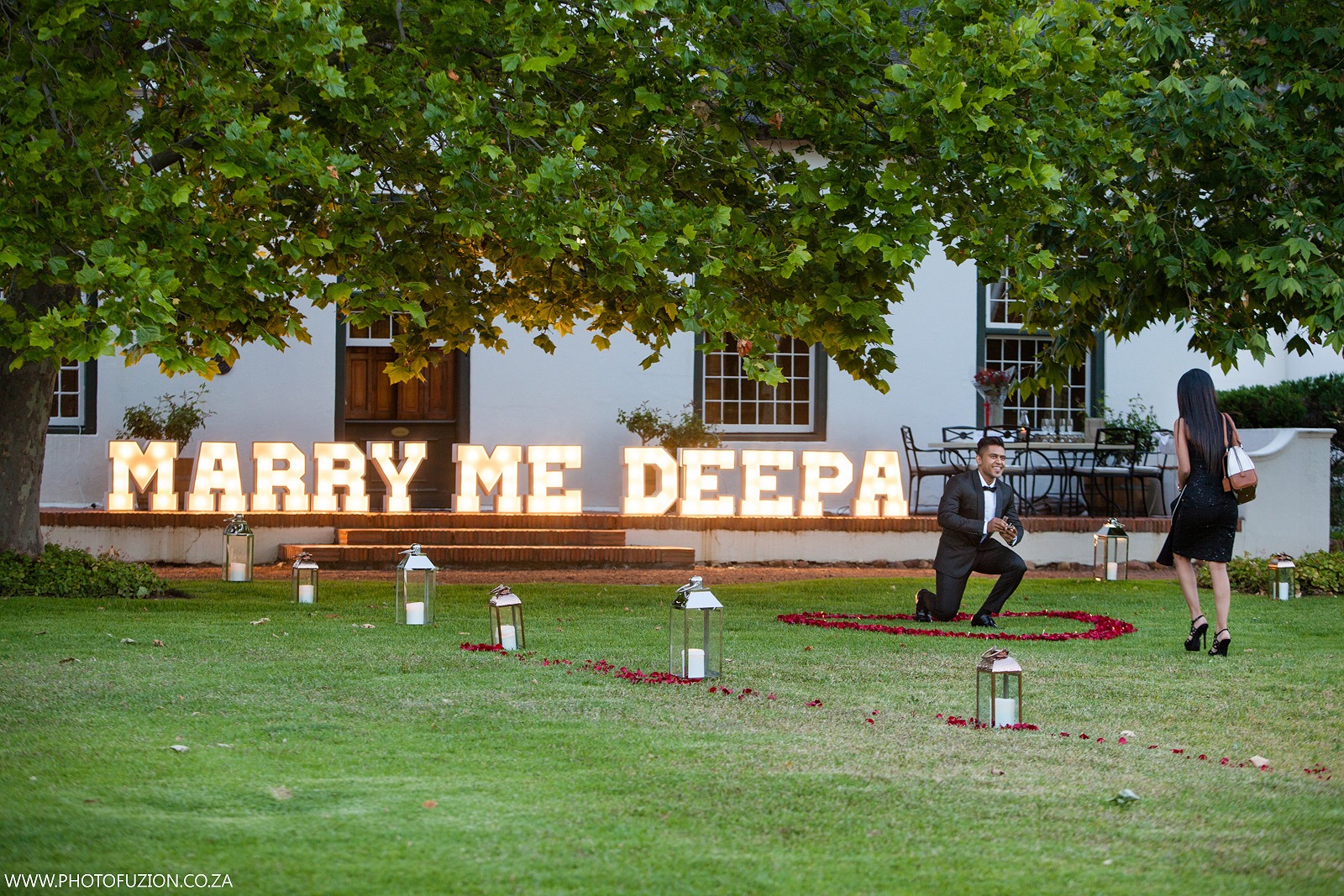 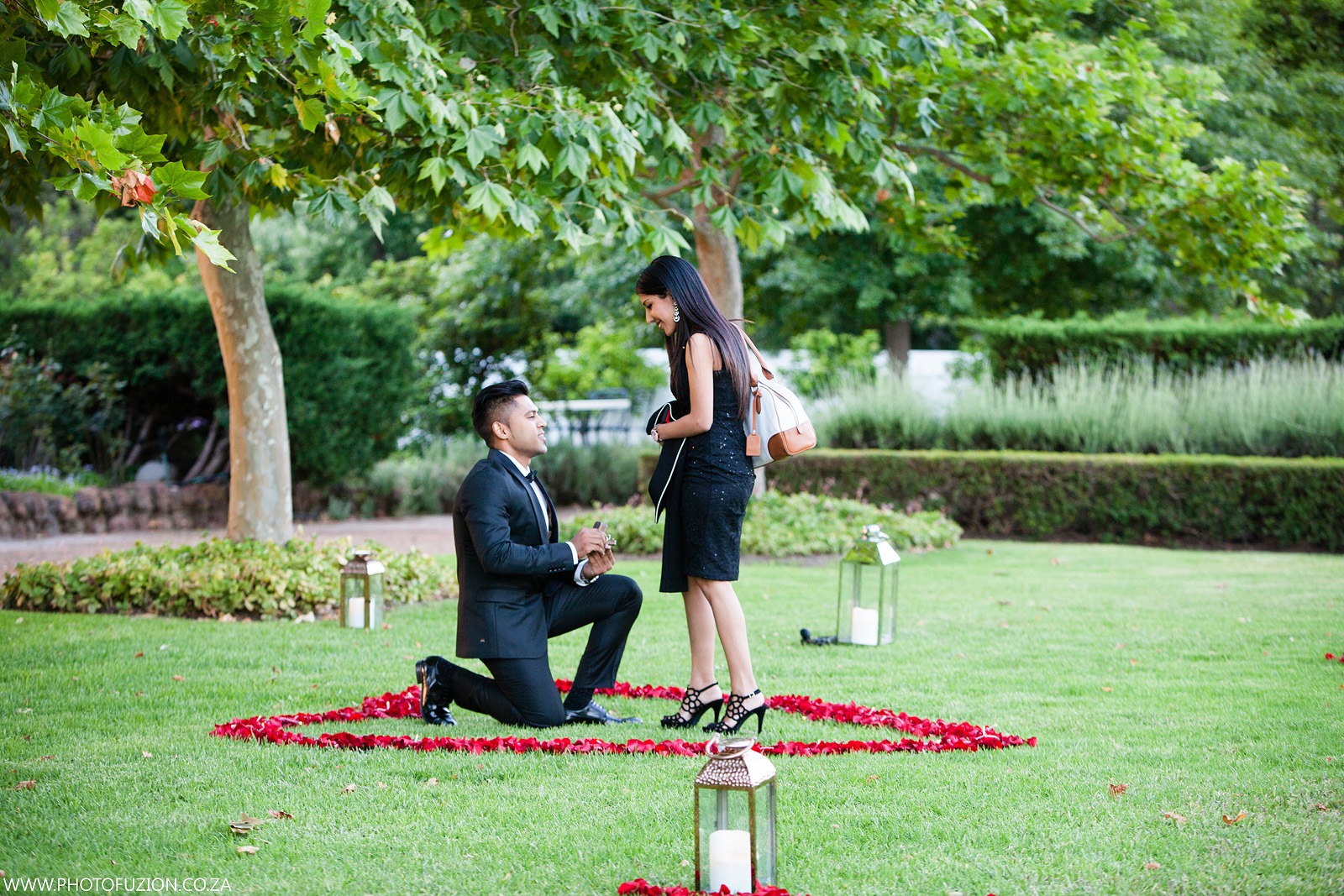 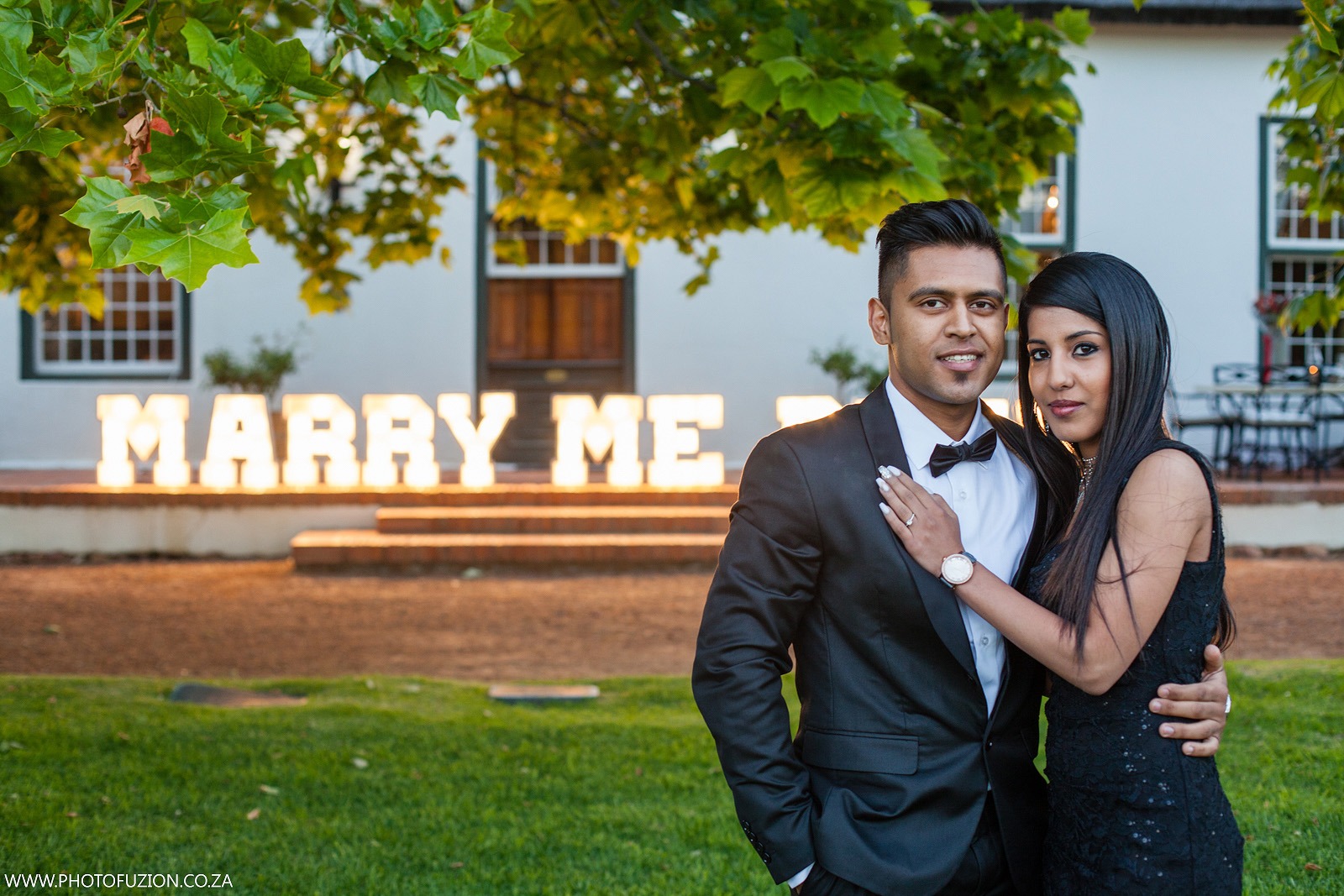 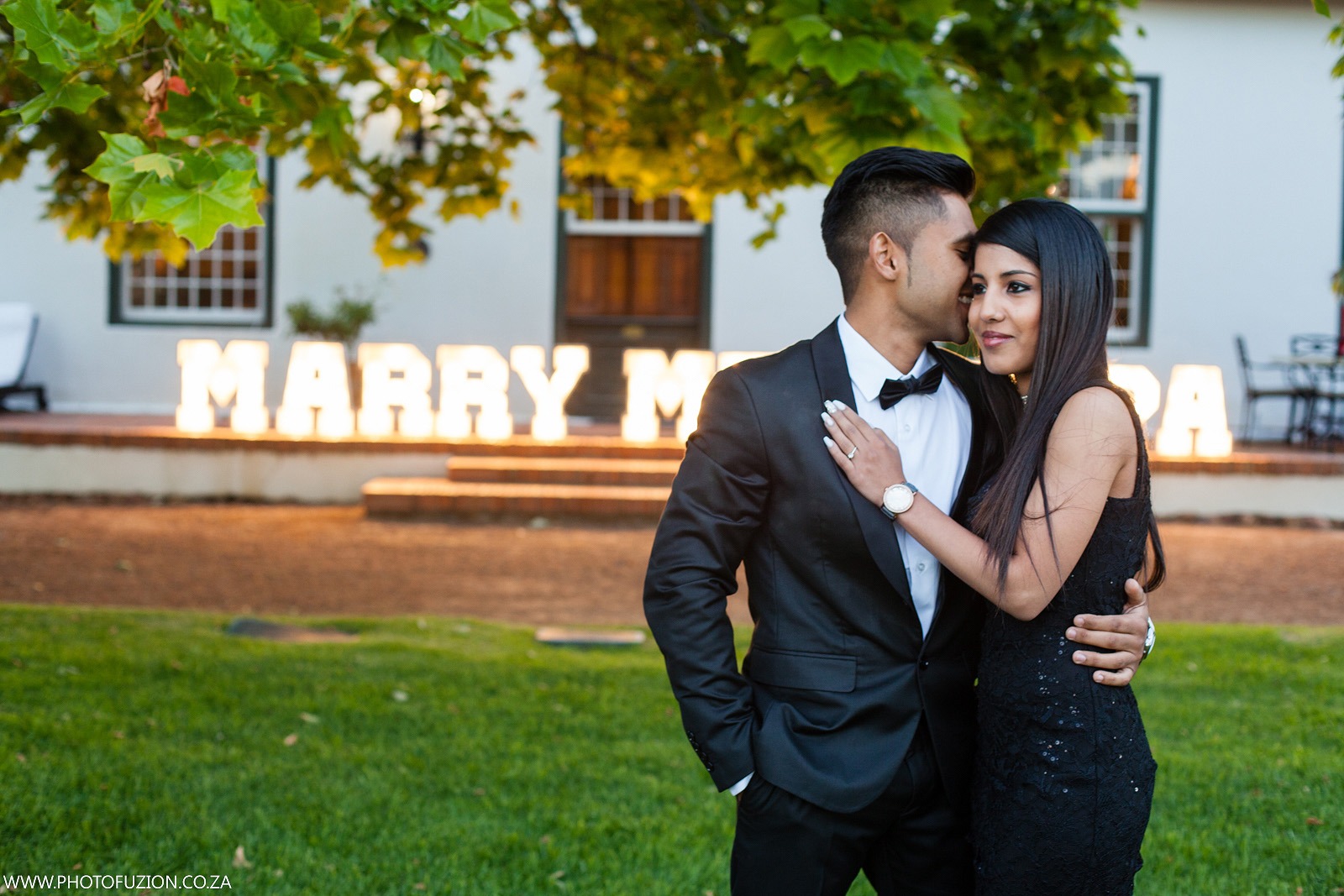 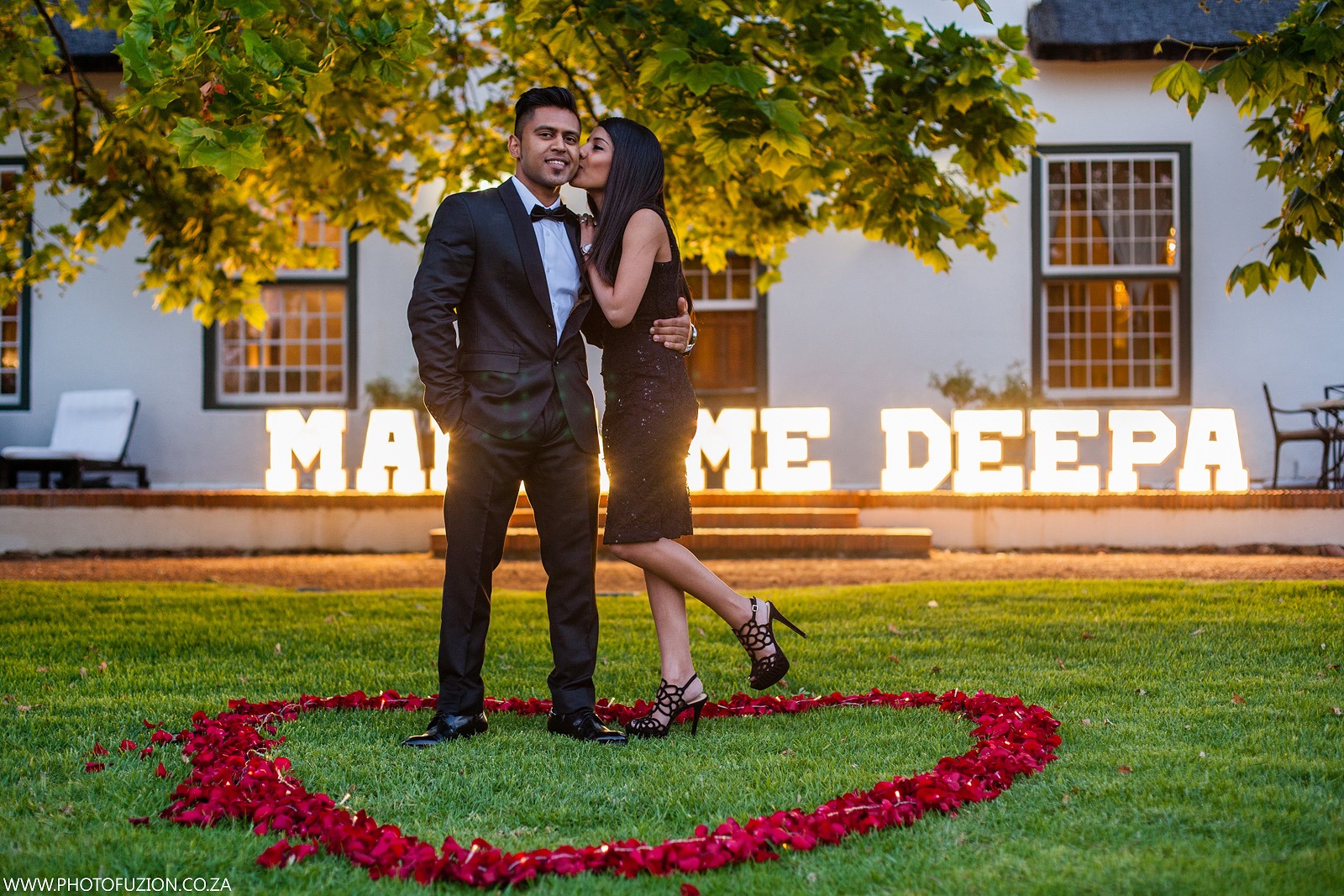 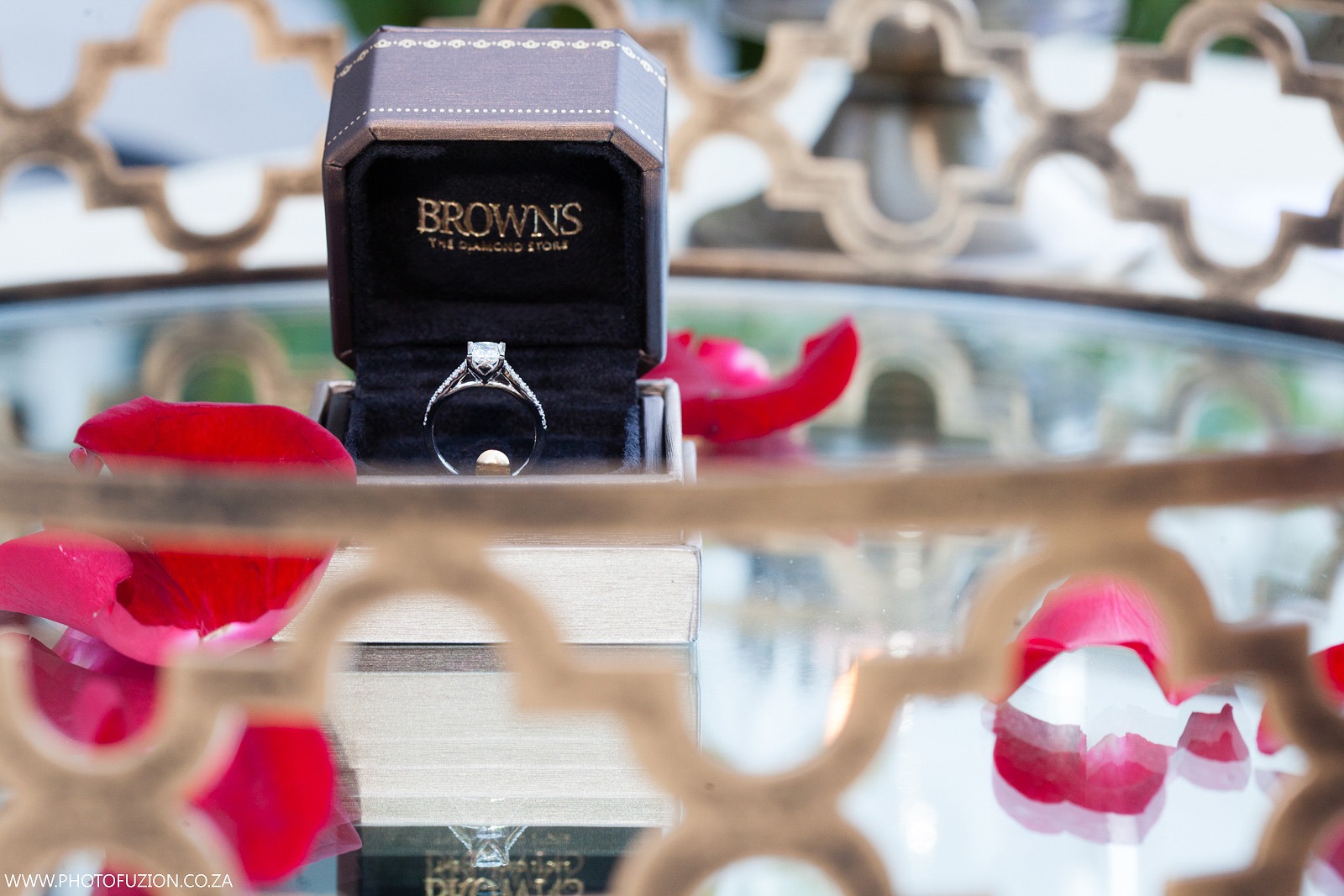 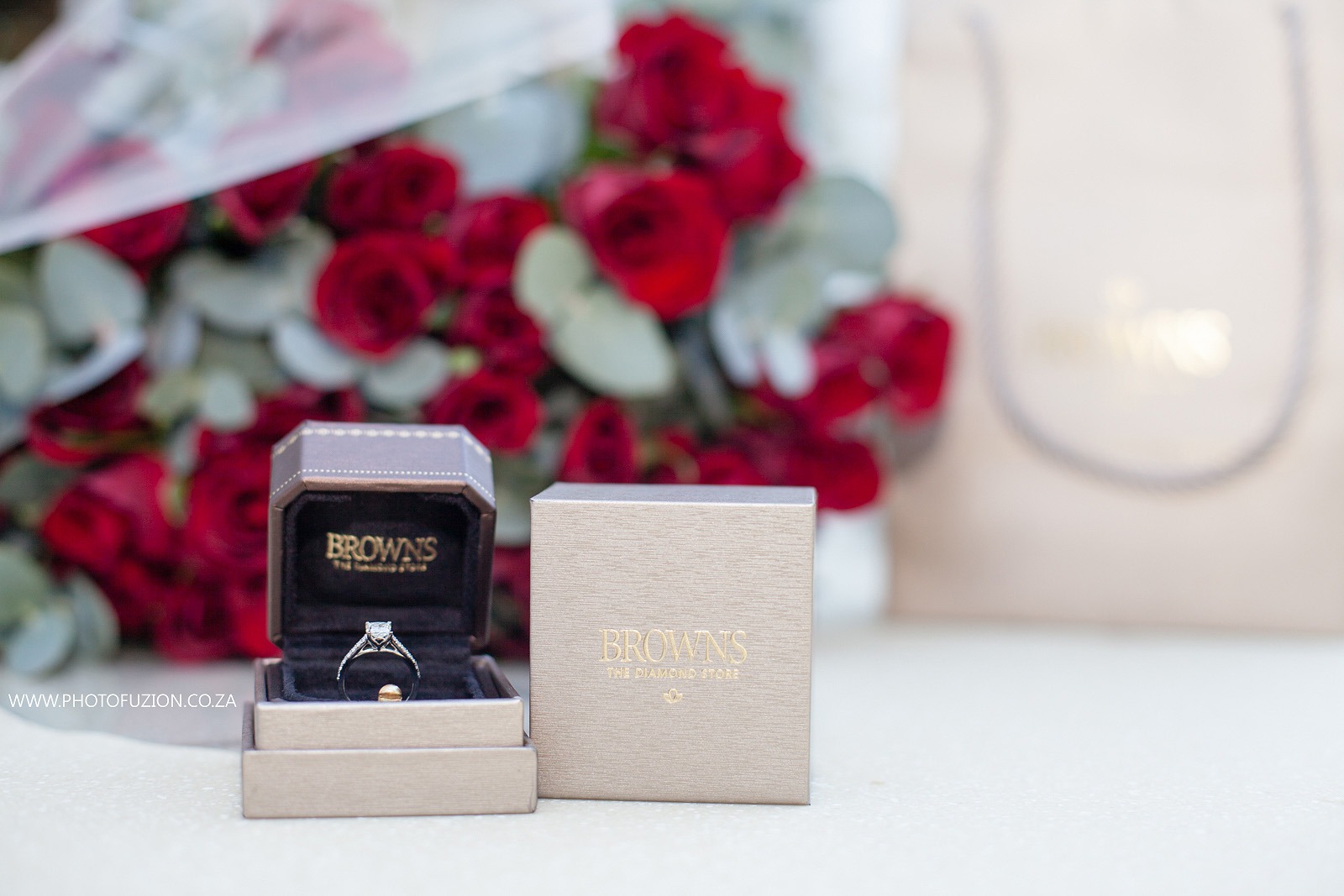 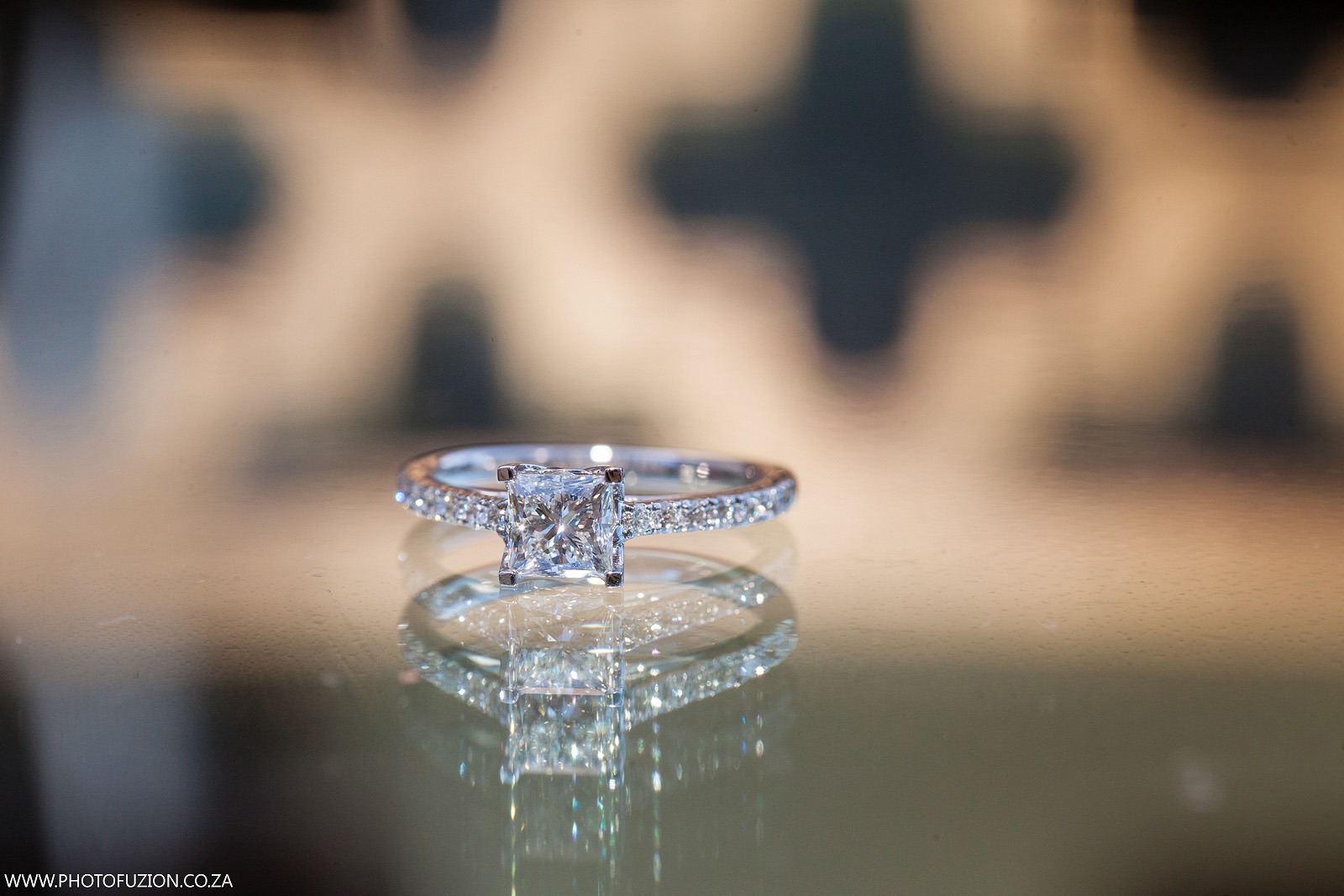 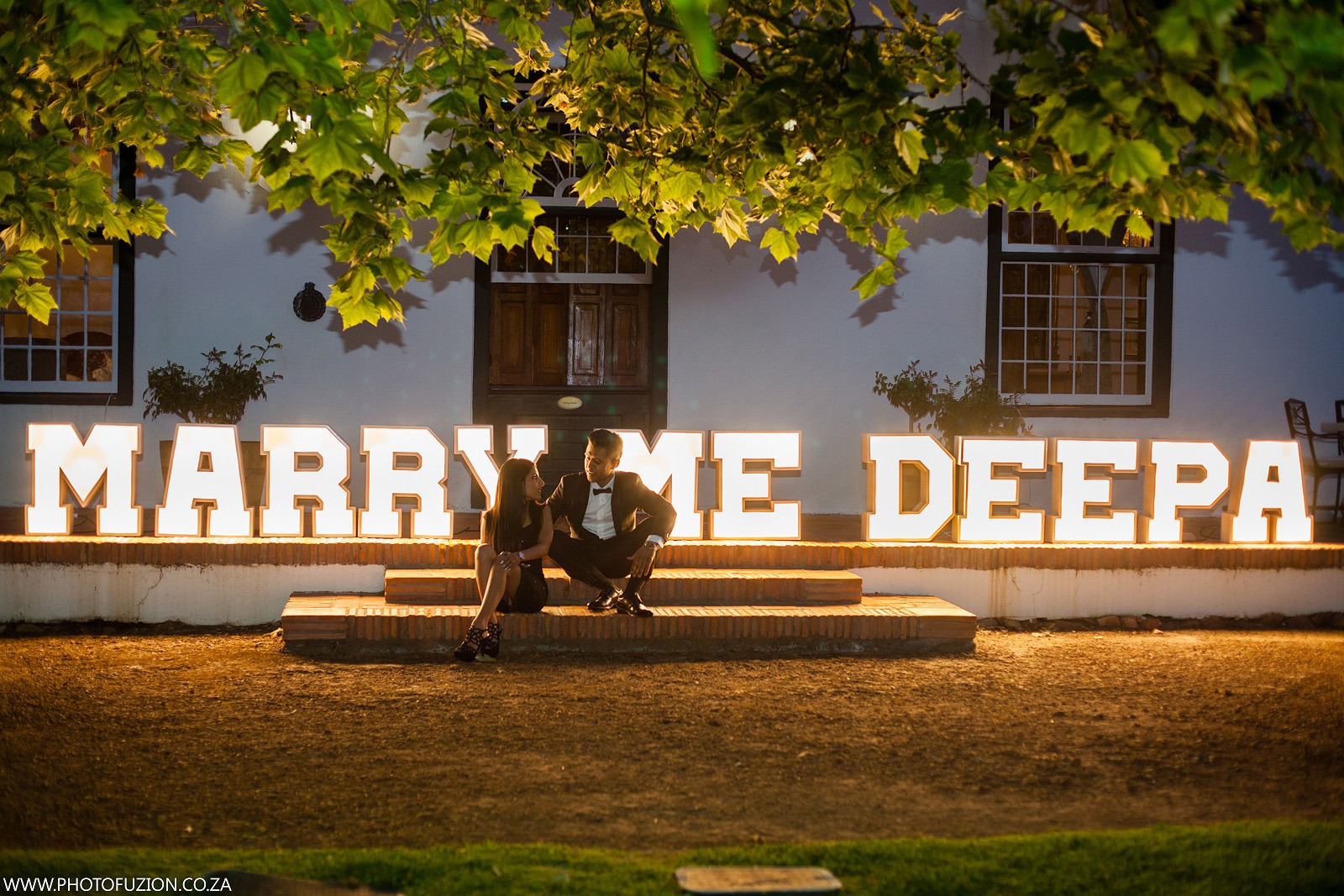 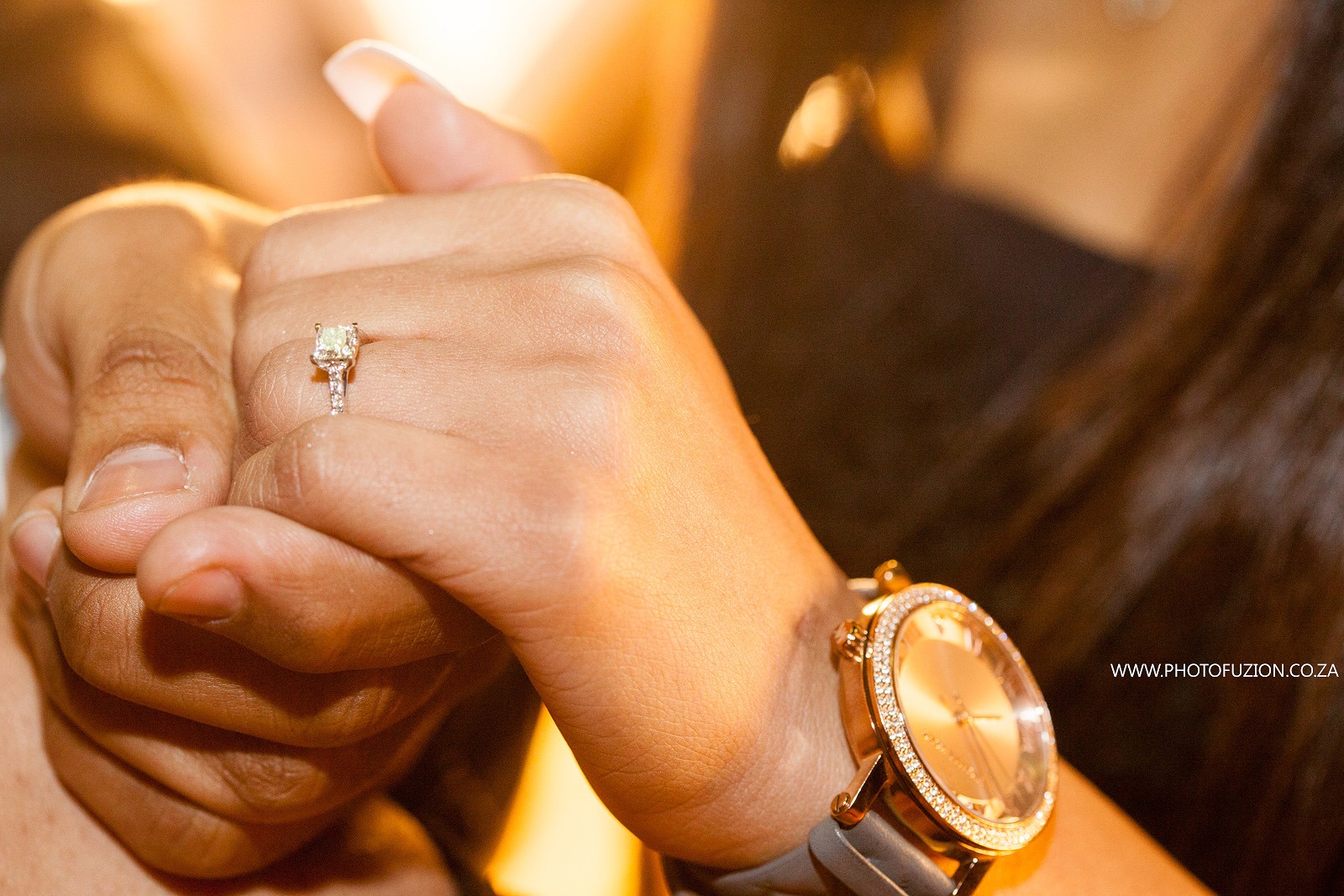 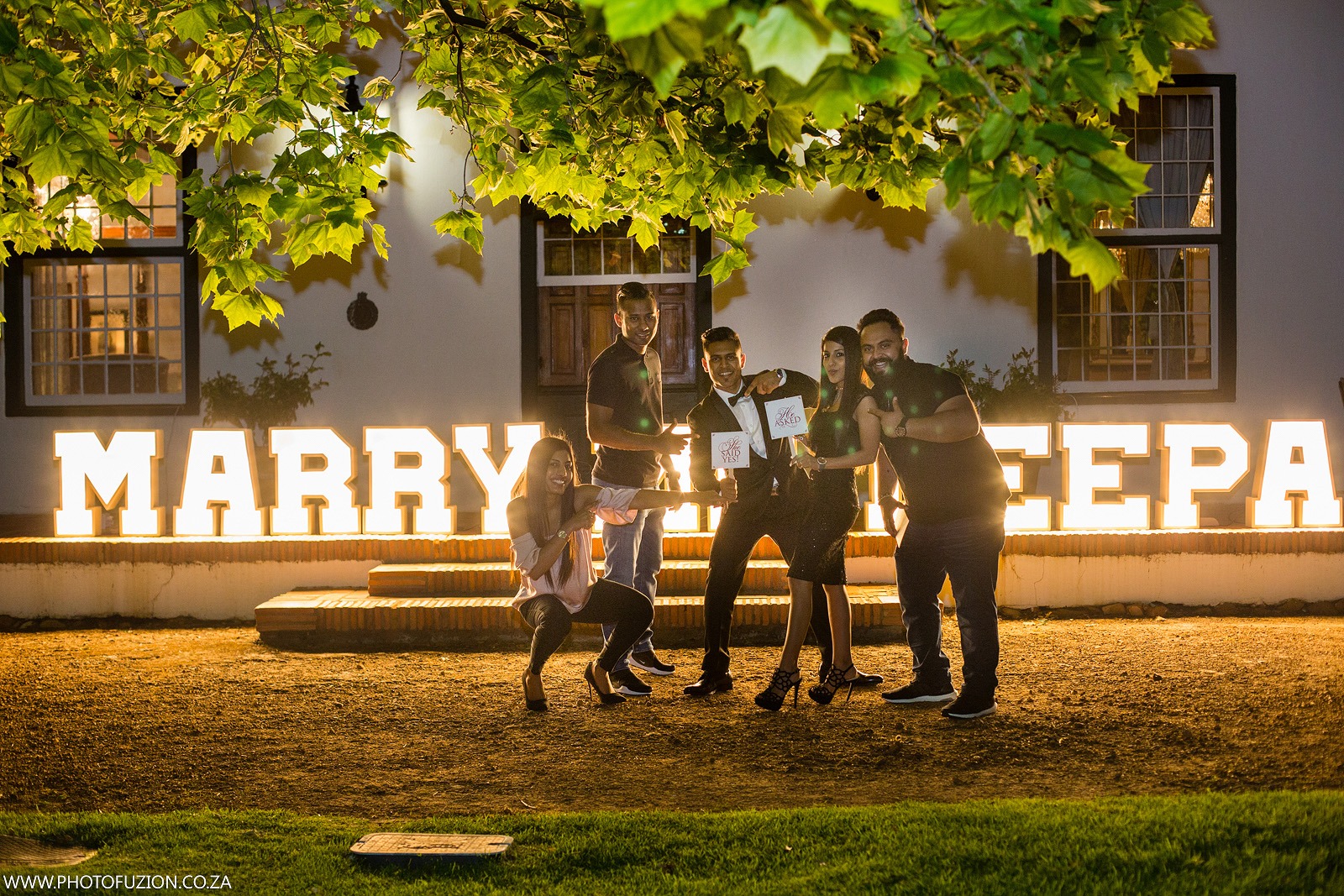