On the 14th October 2019, Roberto asked the girl of his dreams to marry him!

He chose the magnificent Table Mountain as his proposal venue! He loved the thought of proposing on top of the world. All the way from Panama, Roberto was out on holiday in Cape Town. He contacted us to book a photographer who would capture the proposal on film.

Table Mountain is currently celebrating it’s 90th Birthday thus it was crazy busy on the day but this did not dampen any excitement. Bronwyn, our amazing photographer, stood behind them in the queue and patiently waited for their turn to go up in the cable car. In secret, she took some photos of their journey from start to finish. The beauty of this idea is that everyone has cameras as so many tourists visit Table Mountain daily. Nicole had no idea that Bronwyn was actually there for her, to capture their story.

Once the reached the top, the weather did start becoming cloudy but once again it did not disrupt the excitement of this marriage proposal. Roberto saw the opportunity and liked the bridge as the spot, got down on one knee ~ SHE SAID YES! Bronwyn finally went to say hello and congratulate the newly engaged couple. Followed by a couples photoshoot in the most magical place.

Roberto and Nicole Table Mountain proposal was magical. Bronwyn, thanks for your patience and telling their story through your lens. Wishing this fabulous couple all the best for their future together. 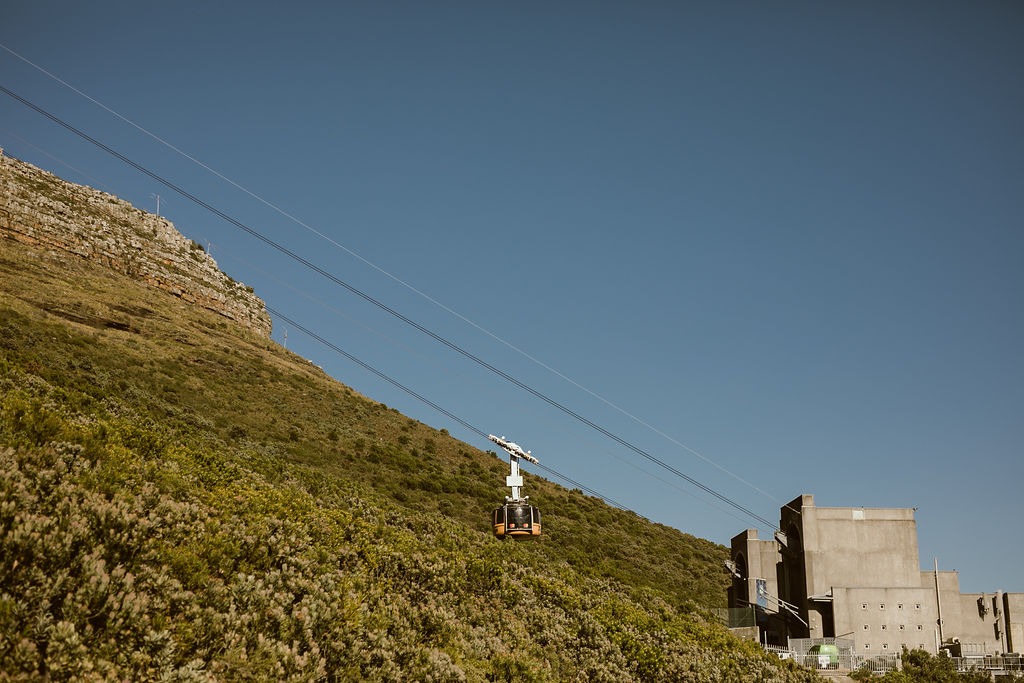 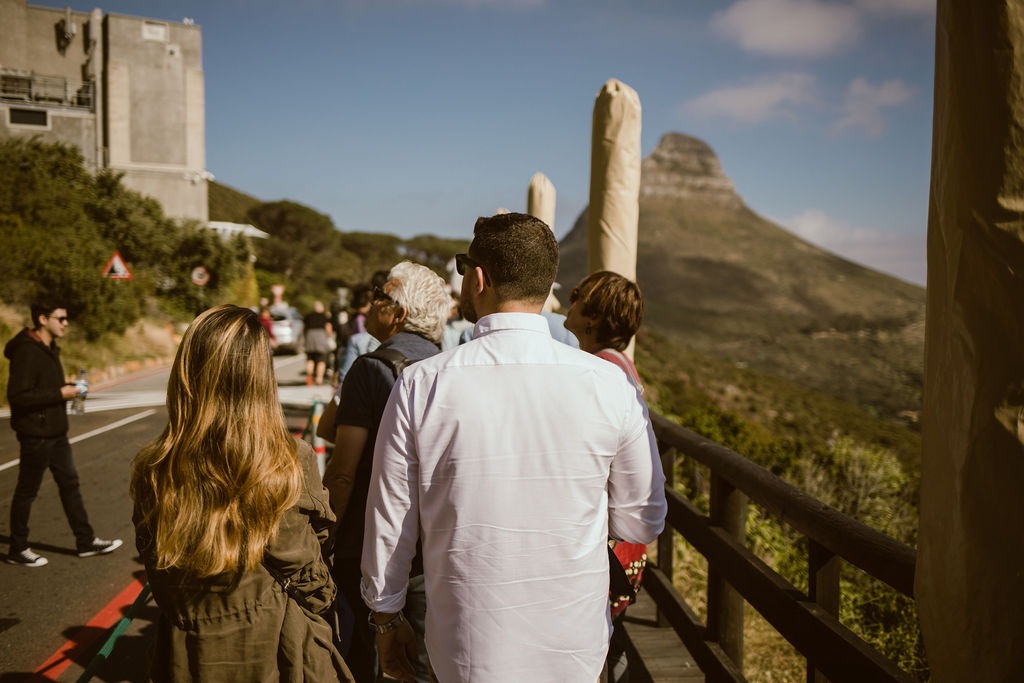 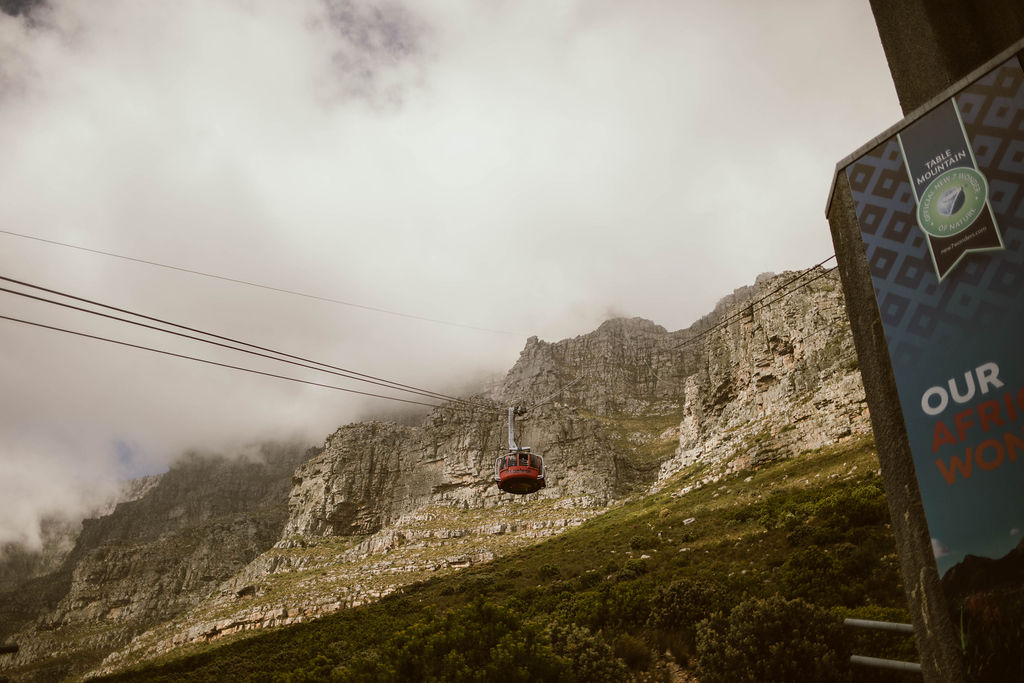 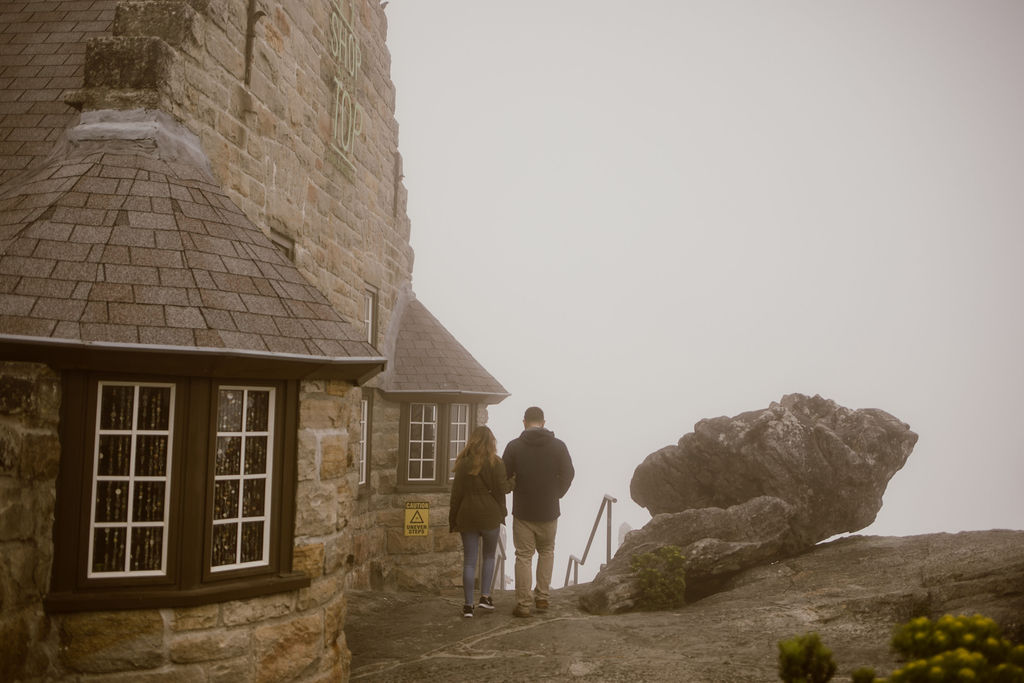 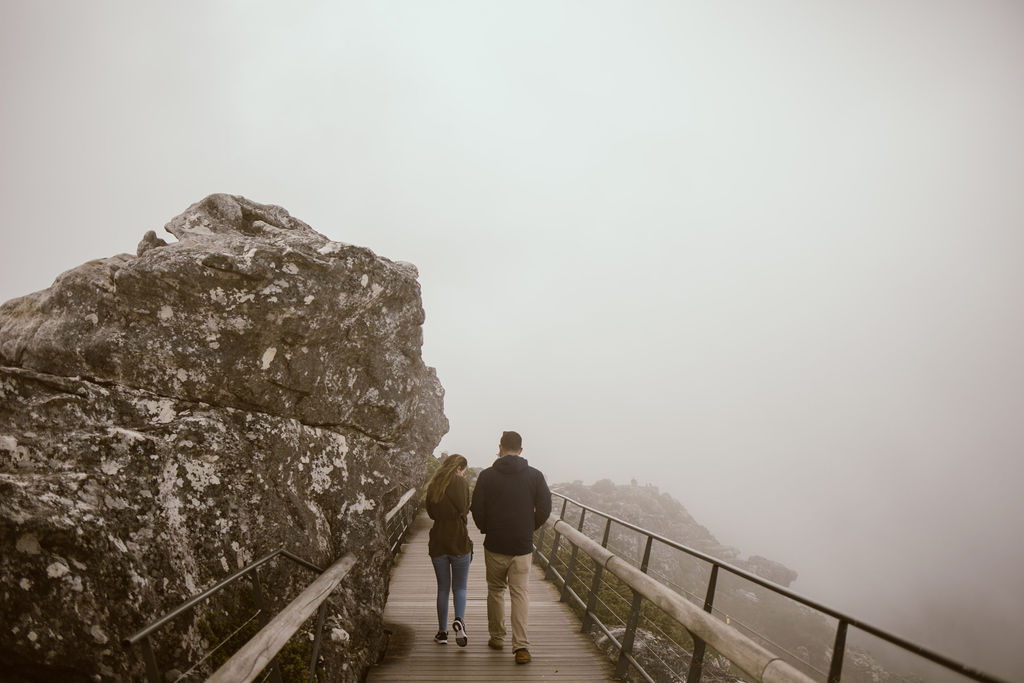 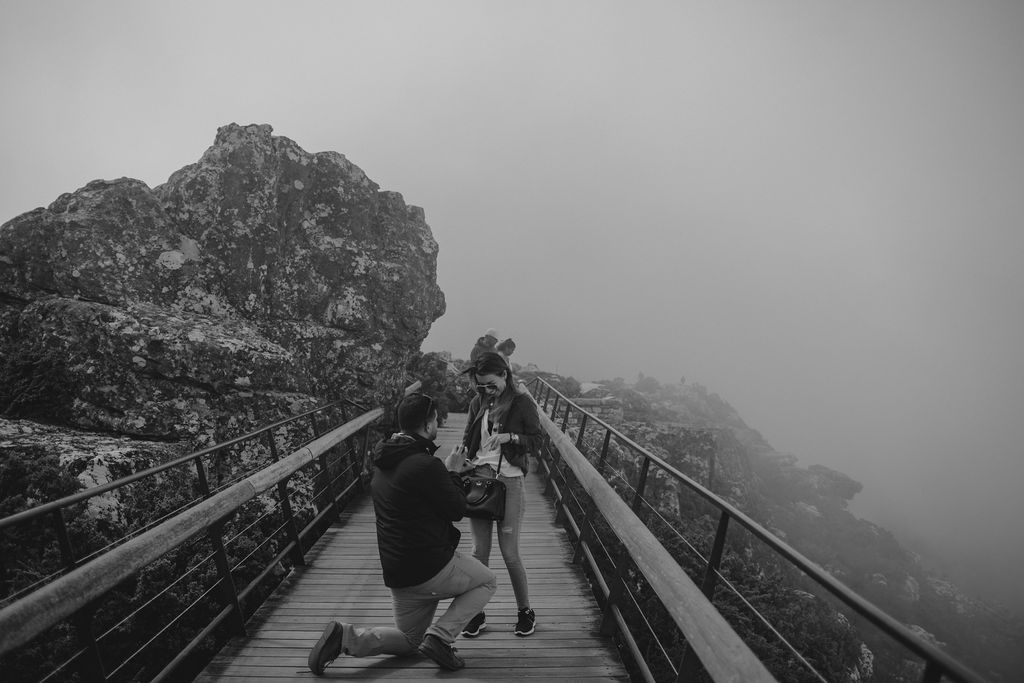 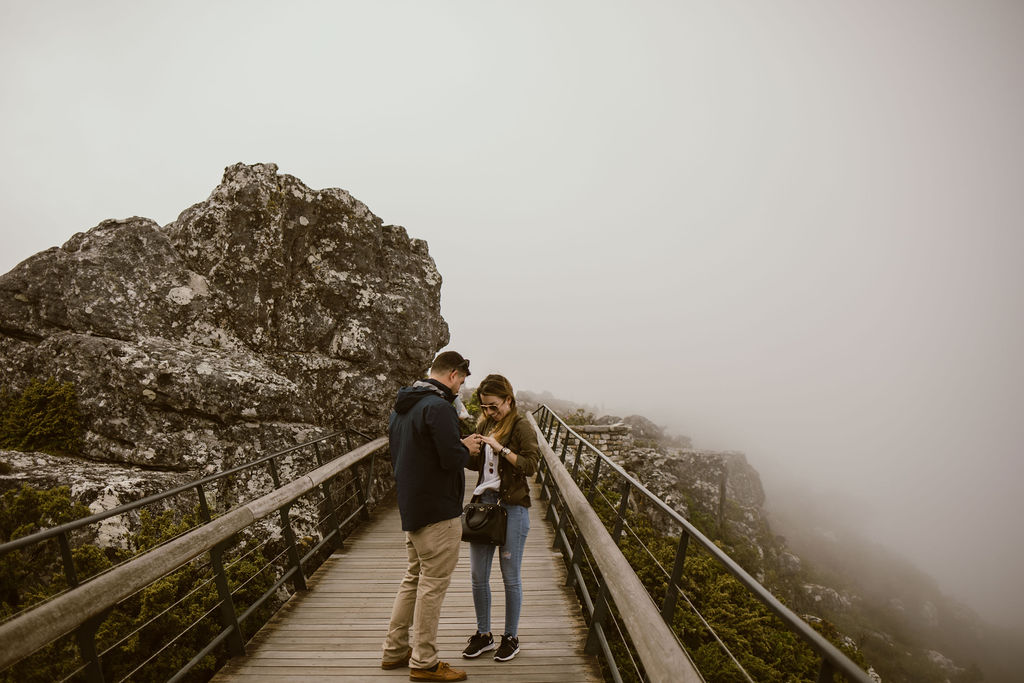 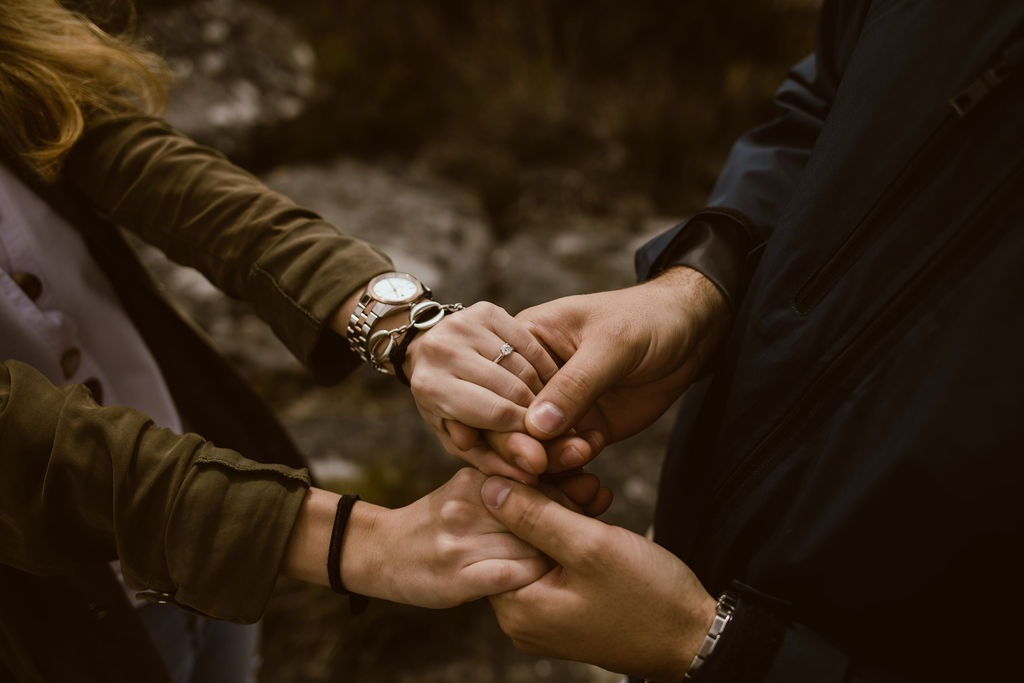 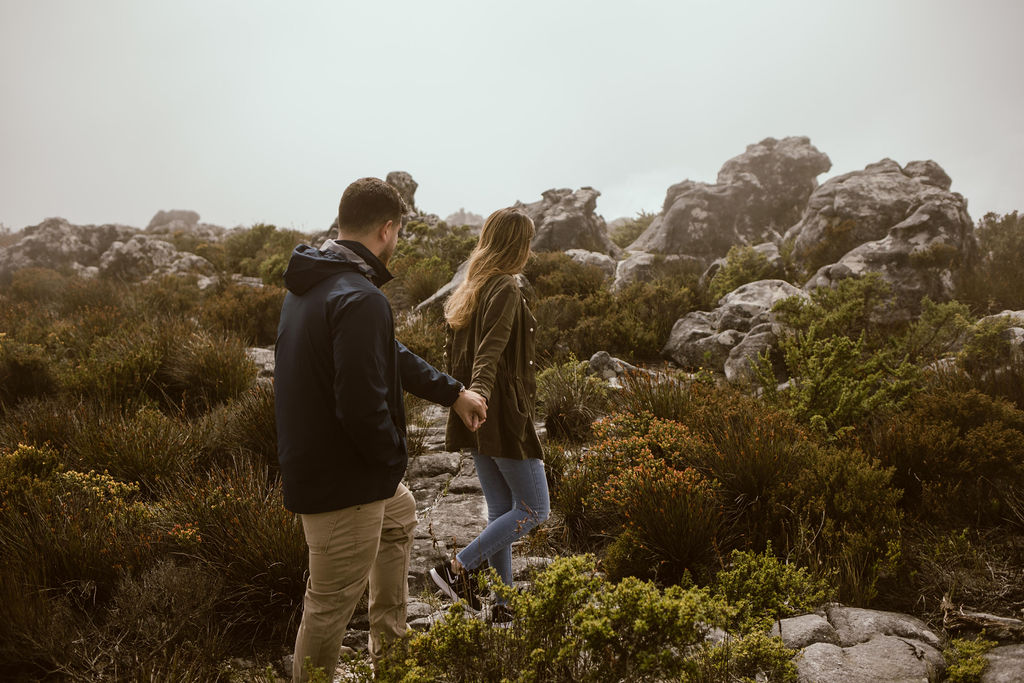 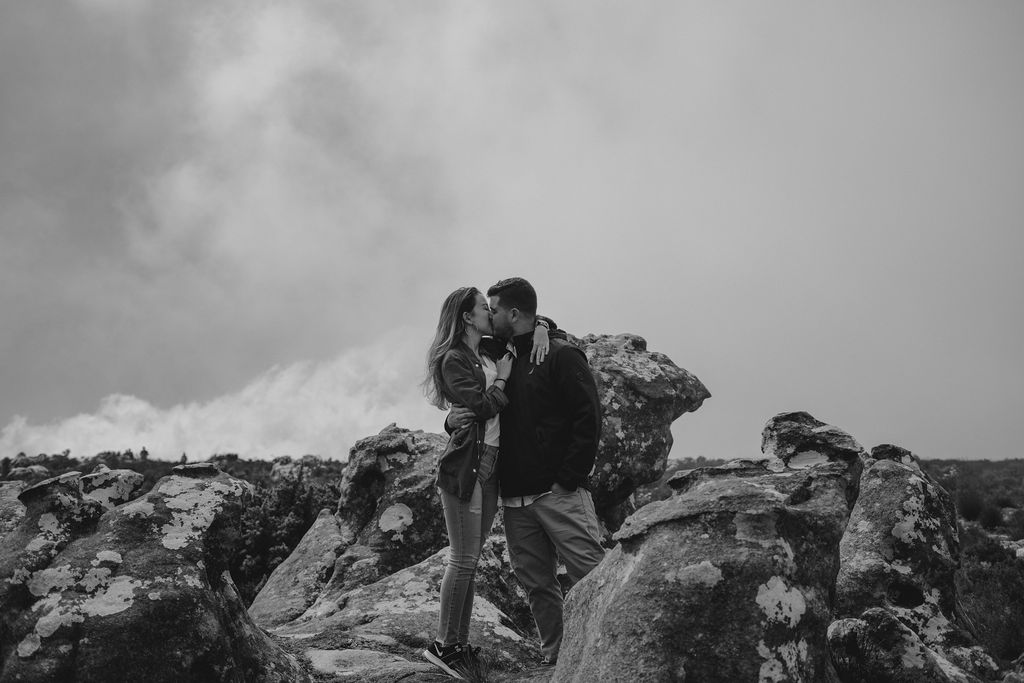 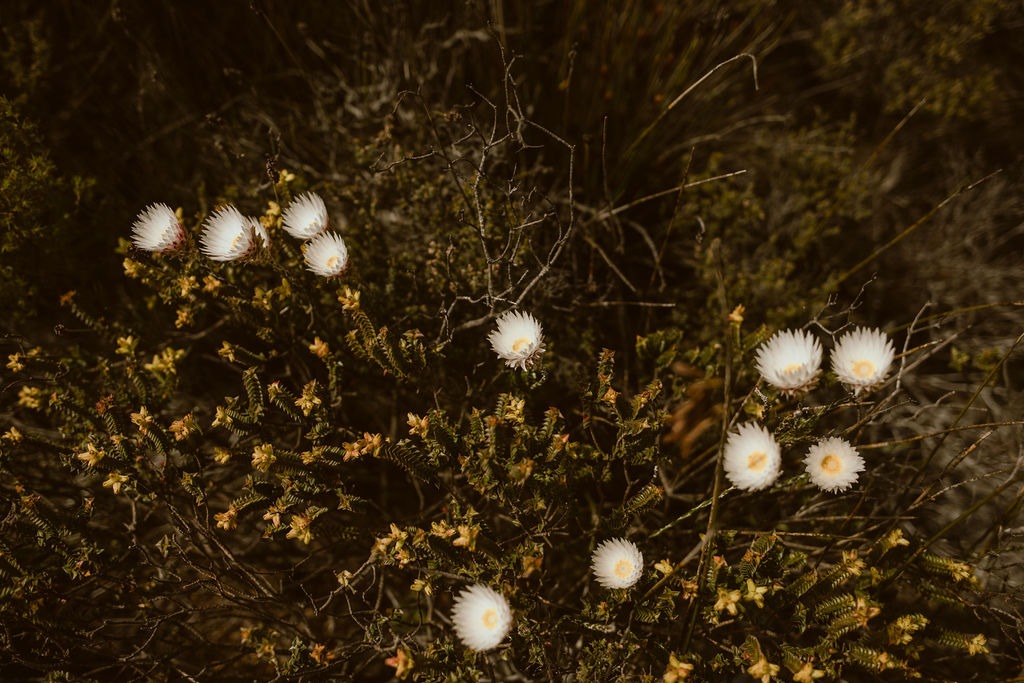 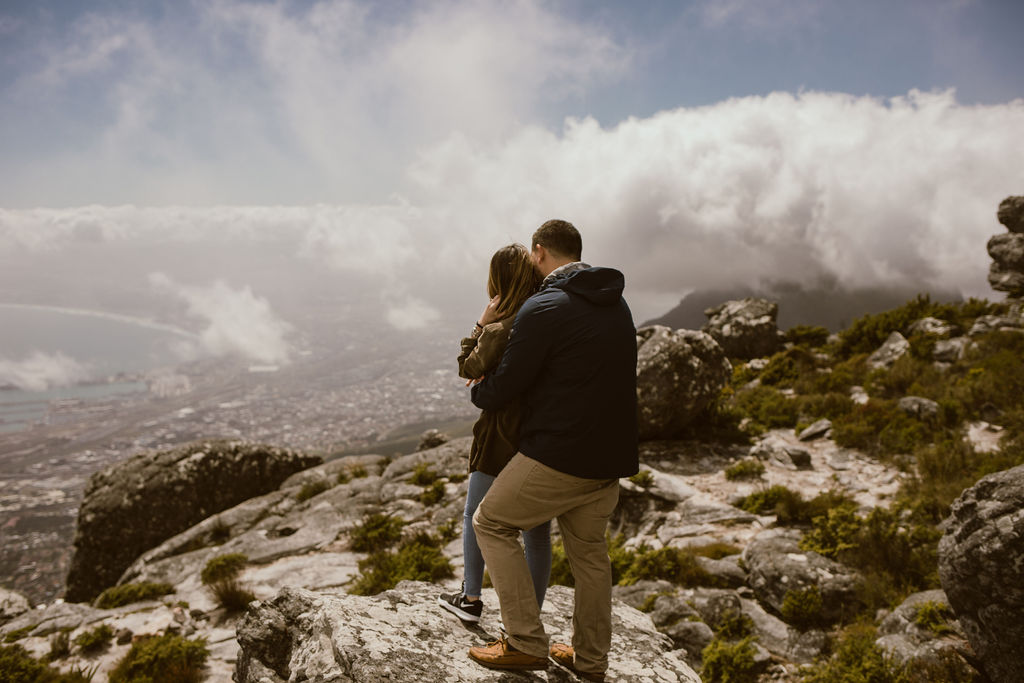 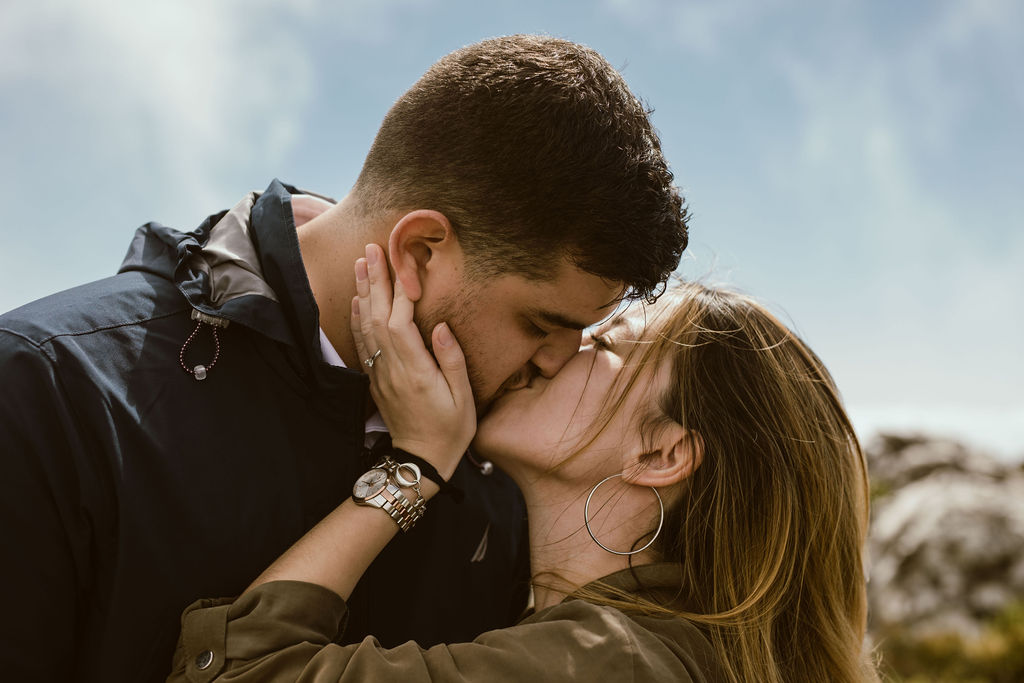 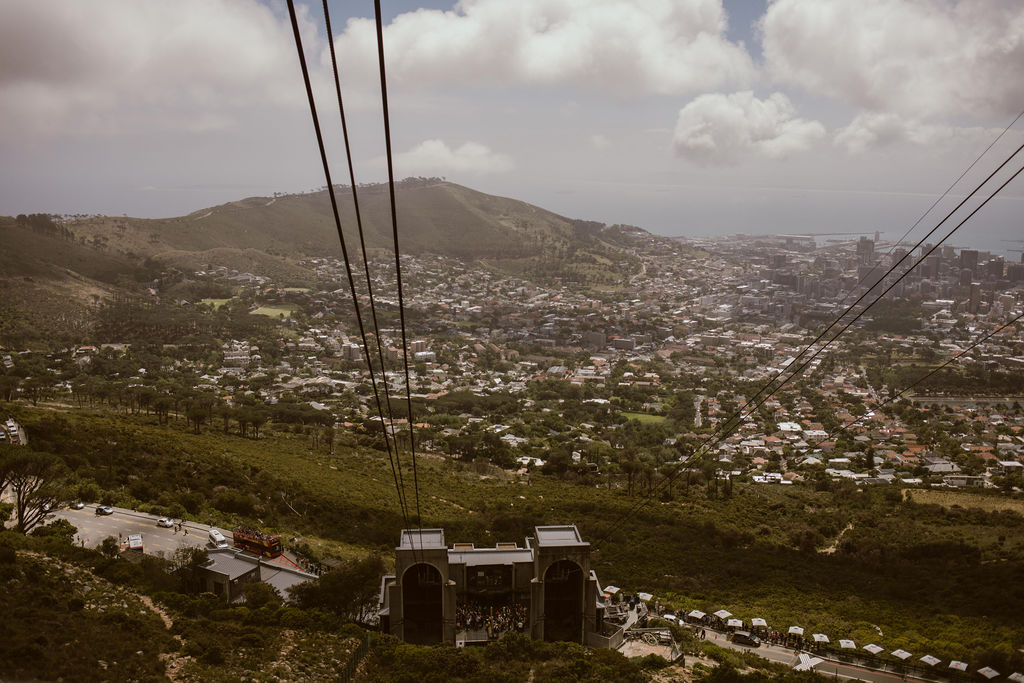 For more info about proposing on Table Mountain, have a look at this blog post – here.