On the 4th of September 2020, Mishael traveled from Johannesburg, to collect his girlfriend from East London, to propose to her in Port Elizabeth. She said YES!

We were approached by Emma, from Emma-Jane Weddings in the UK, to assist with proposal arrangements for her very good friend here in South Africa, Mishael.

The brief was something simple yet effective; shades of red, romantic atmosphere and it must include MARRY ME letters. The venue was a suite overlooking the ocean at the nearby Radisson Hotel. We filled the ceiling with balloons and the floor with red rose petals  Mishael had requested a special song to play upon entering the suite to complete the vibe.

Before we get to THE moment, a little more about this special couple…

Mishael and Tersia were both born in Durban, but now reside in Johannesburg and East London, respectively, due to career commitments.  They met in 2015, at Rhodes University,  where they were both studying at the time.

At a party one evening, they formally met, but let’s say things didn’t get off to a flying start!  It was a classic tale of boy meets girl, girl wasn’t blown away at first, and the boy spends the next two years trying to win her over! By 2017 they landed up in the same accounting class next to each other and so the romance blossomed. It became obvious that persistence had paid off as Mishael invited her on a first date and she accepted willingly.

Their first date was in Port Elizabeth, and this is why it held a special place in Mishael’s heart, to pop the question here. Tersia’s birthday celebrations were held at The Radisson and hence the chosen spot for the proposal.

The big day arrived, they checked into the Radisson Hotel and were lead up to the suite on the 16th floor, which has beautiful ocean views. Their very good friend was strategically placed inside the suite, to photograph the moment. Mishael and his friend had perfectly planned, choreographed, and timed the exact moment he was to go on one knee and ask her to marry him.

To say she was caught by surprise is an understatement!  She took a few moments to take in all the lovely décor and set up, once he slipped the ring on her finger. The balloons filled the ceiling, to create a red sky, the petals in a heart-shaped arrangement on the carpet, in which he proposed to her – it was really a very special moment for all. 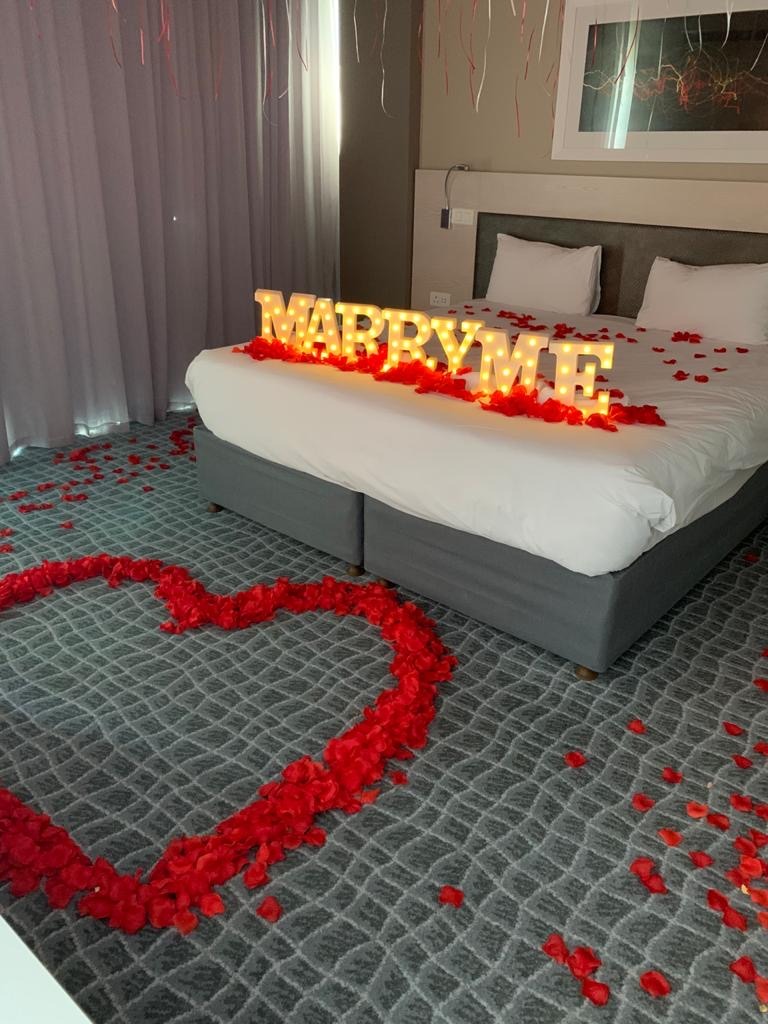 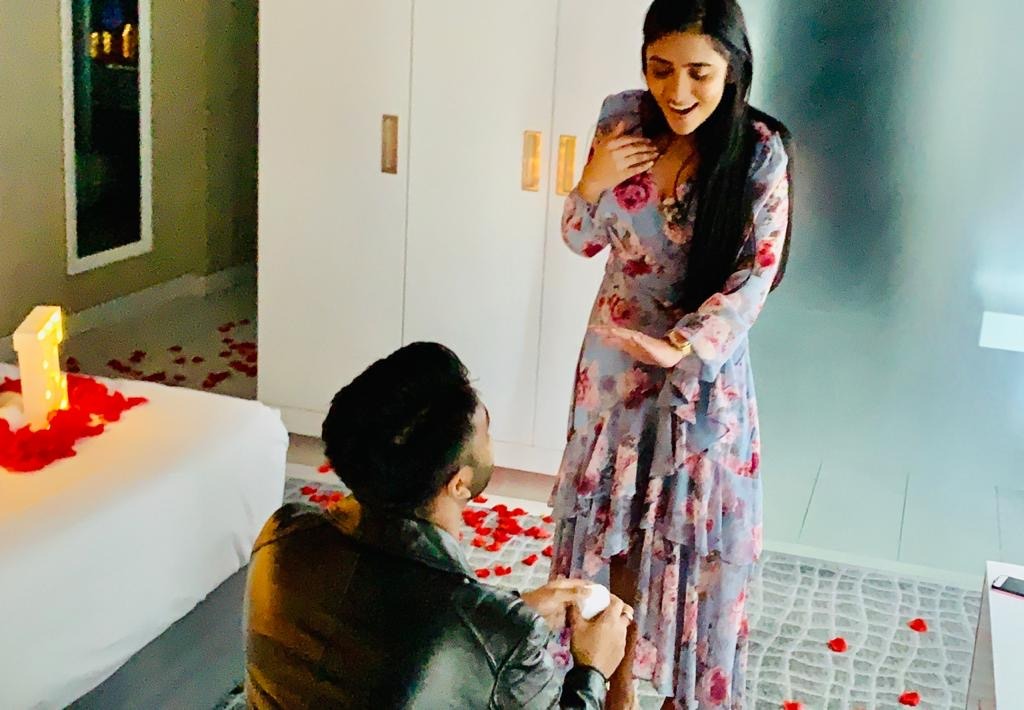 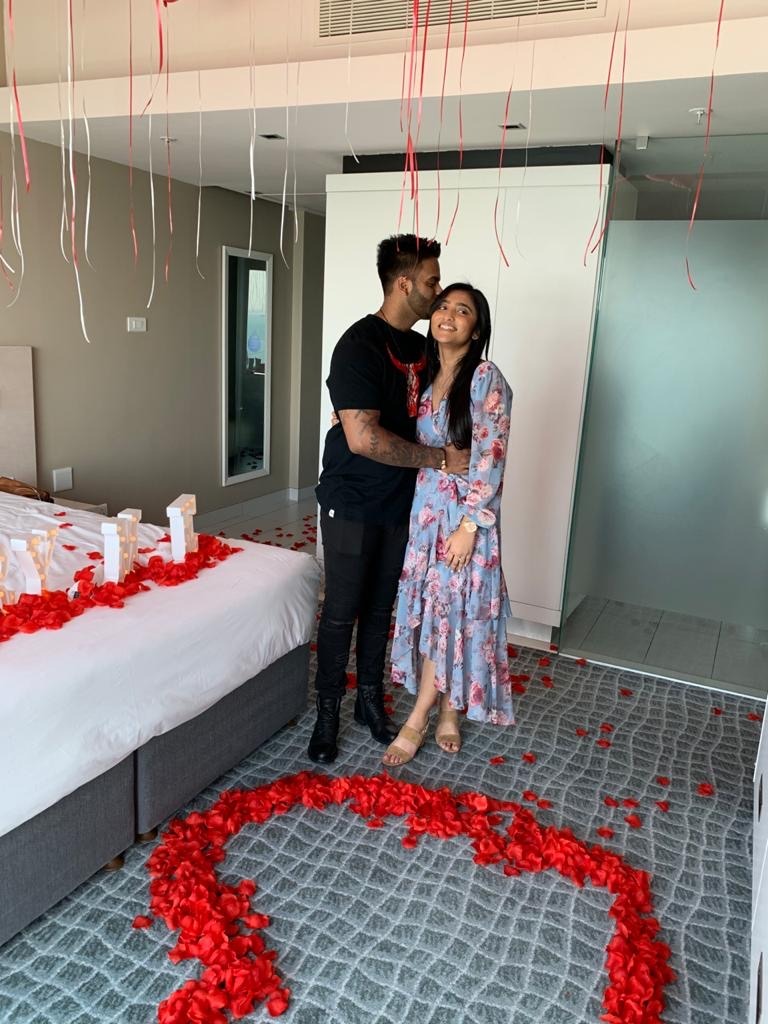 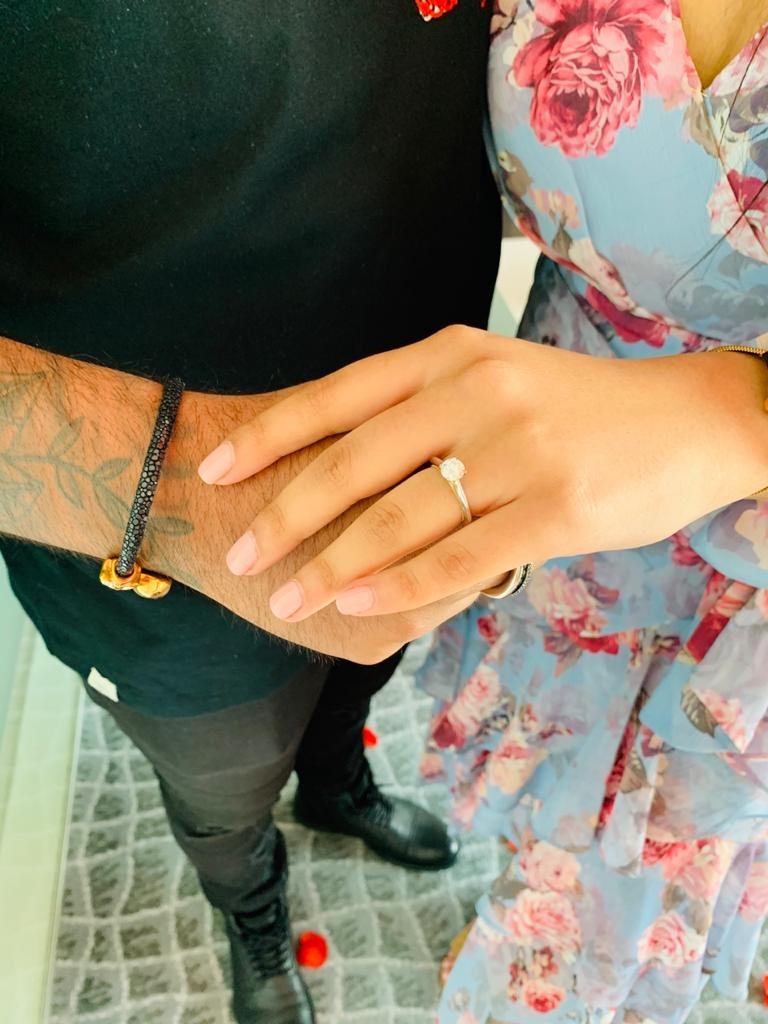 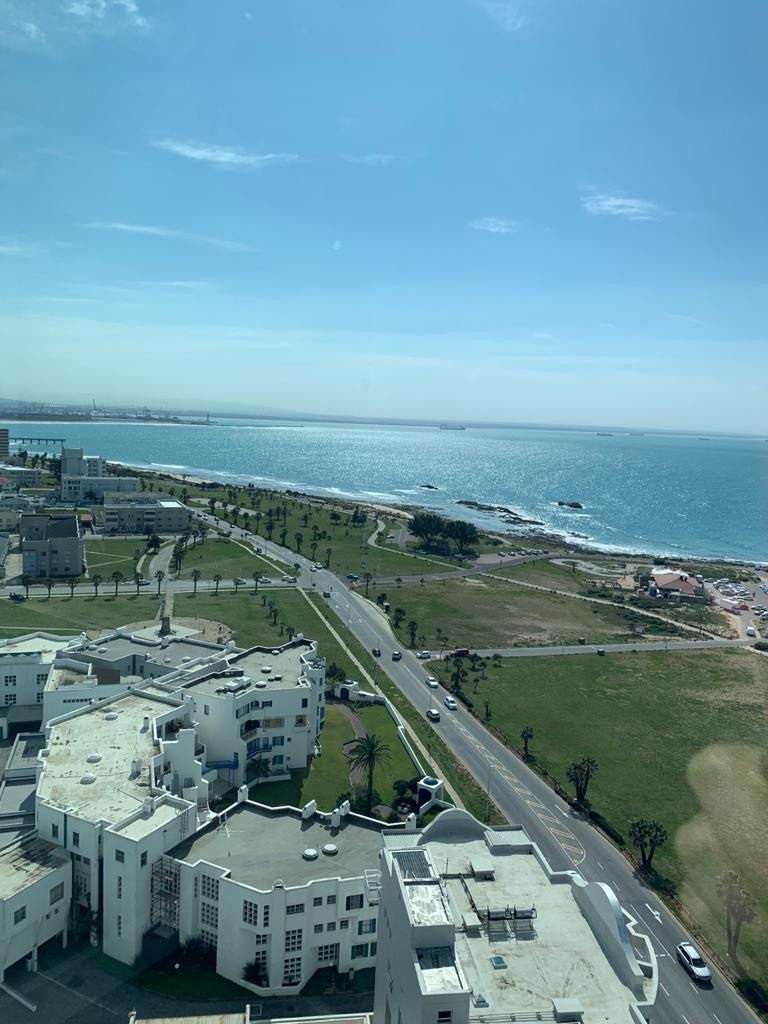 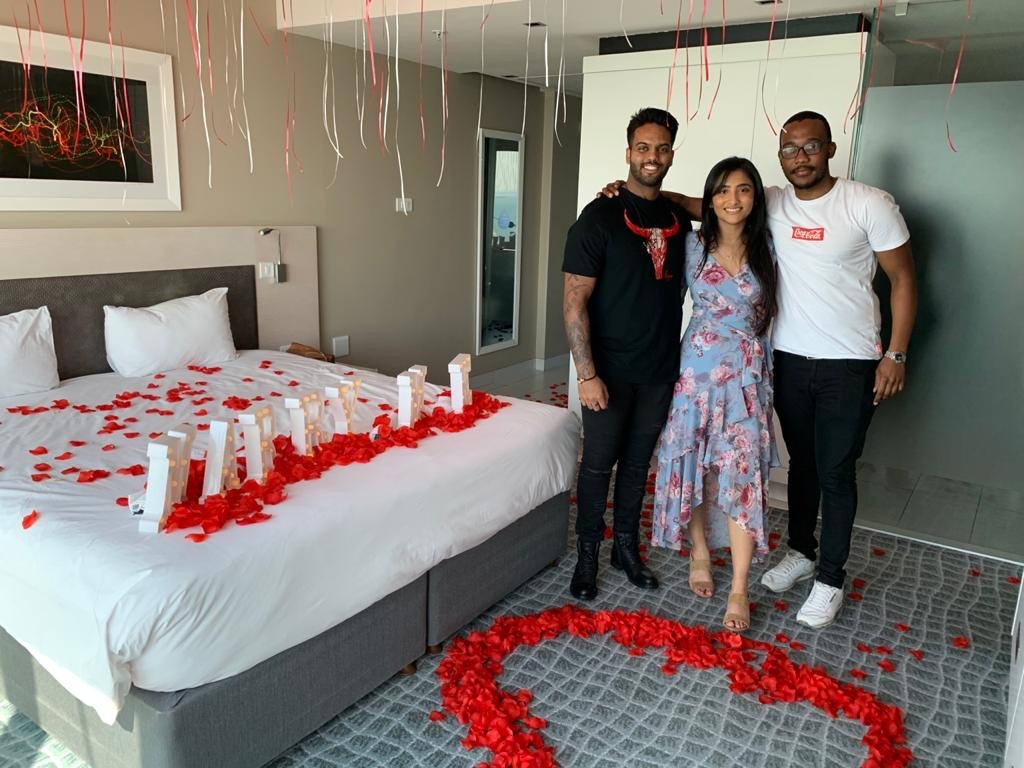 Contact the lovely Melinda to plan your perfect proposal in PE.