On the 28th February 2021, Jacques popped the question and Tamerin said YES!

This lovely couple lives and works in Joburg. They have been together since high school, so that makes it 12 years of dating. WOW, can we say true love!

They came down to Cape Town for a magical getaway with some friends and Jacques took the opportunity to pop the question. He called us to assist plan the proposal as he was so busy with work and trying to keep things a secret. This is why we are called those “secret party planners”. He was looking for something breath-taking, but also fun. They both love the beach so much, so the venue was chosen.

In all our years of working in events, we know that beaches over the summer can be jam-packed, so we suggested a sunrise proposal. Jacques really wanted it private so this made the most sense. The beaches at sunrise are spectacular, the sun rises over the mountain and lights up the whole place.

We set up signboards that led down the beach to an end spot, the last sign said: “will you be my happily ever after?” We also used her favourite flowers on each pole to make it stand out.

On the day, this beautiful couple got up bright and early. Tamerin was told that she needed to get dressed as they were attending one of his work meetings. She had no idea that she was actually going to the beach for her engagement. They walked down and took a stroll past the boards to the last one, then Jacques proposed. Bronwyn, our lovely photographer captured the moment on film. SHE SAID YES!

After many celebrations, popping of bubbly and the couples shoot, they went for a brunch in Camps Bay.

Jacques and Tamerin sunrise proposal was so much fun. We wish this wonderful couple all the best for their future together. 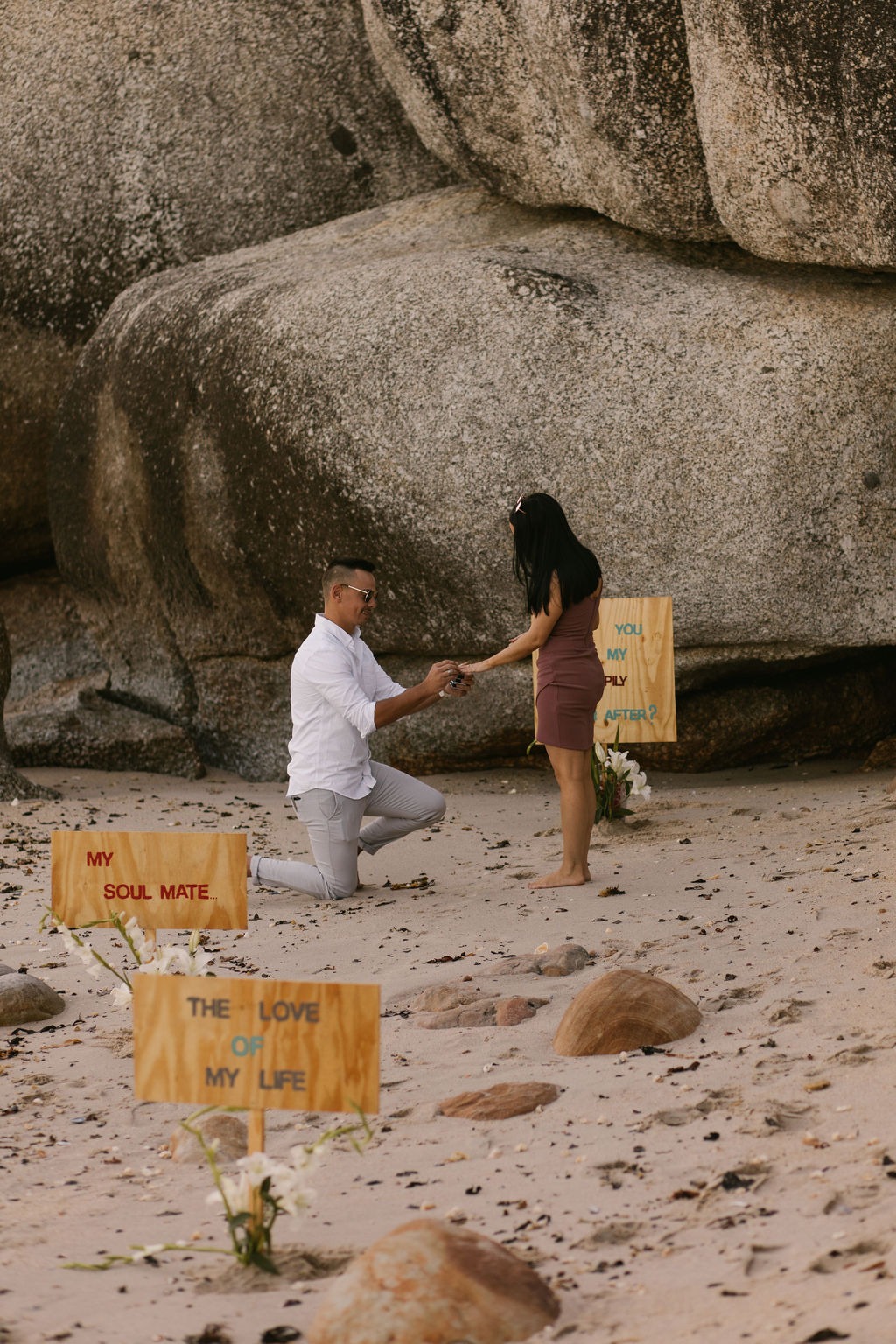 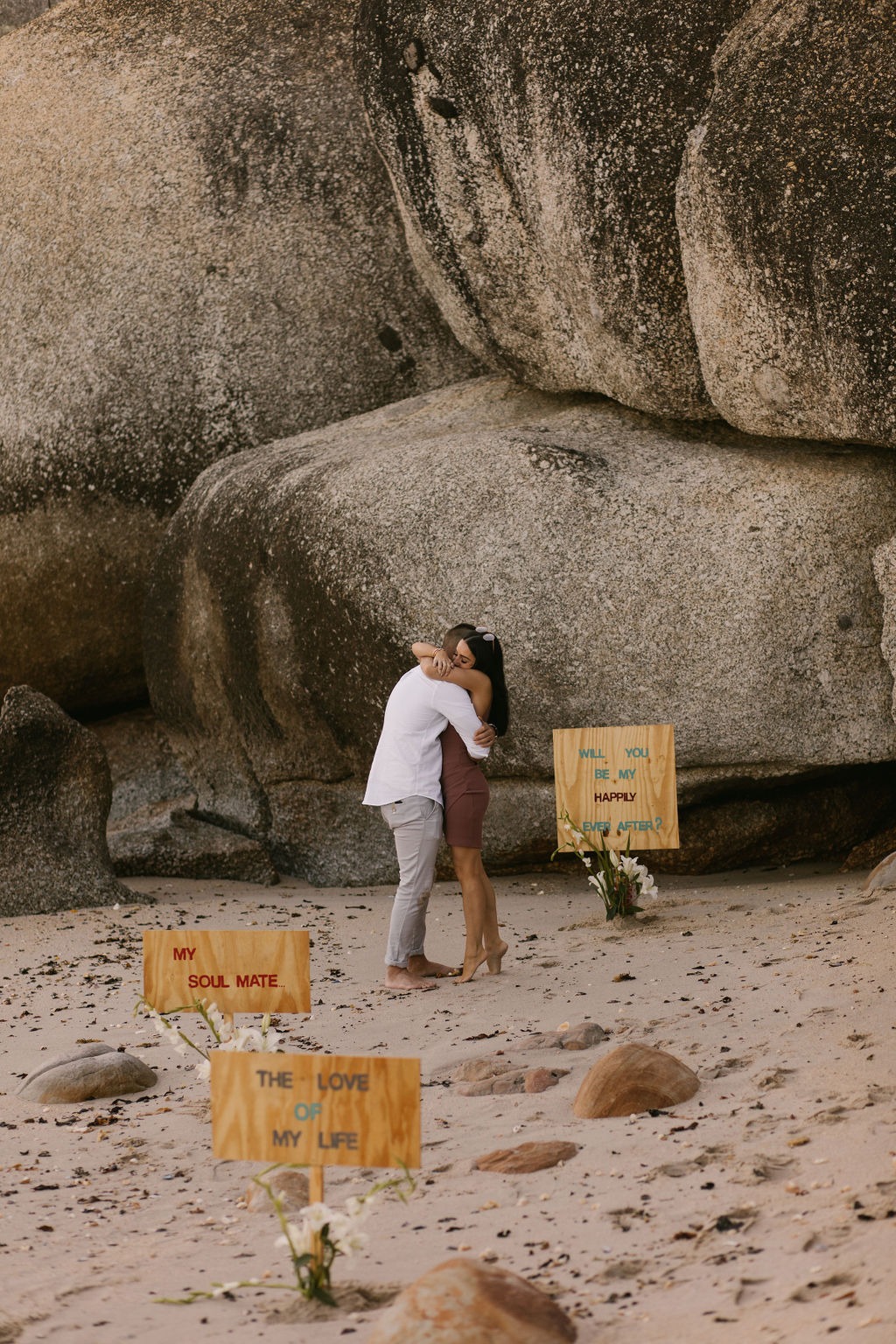 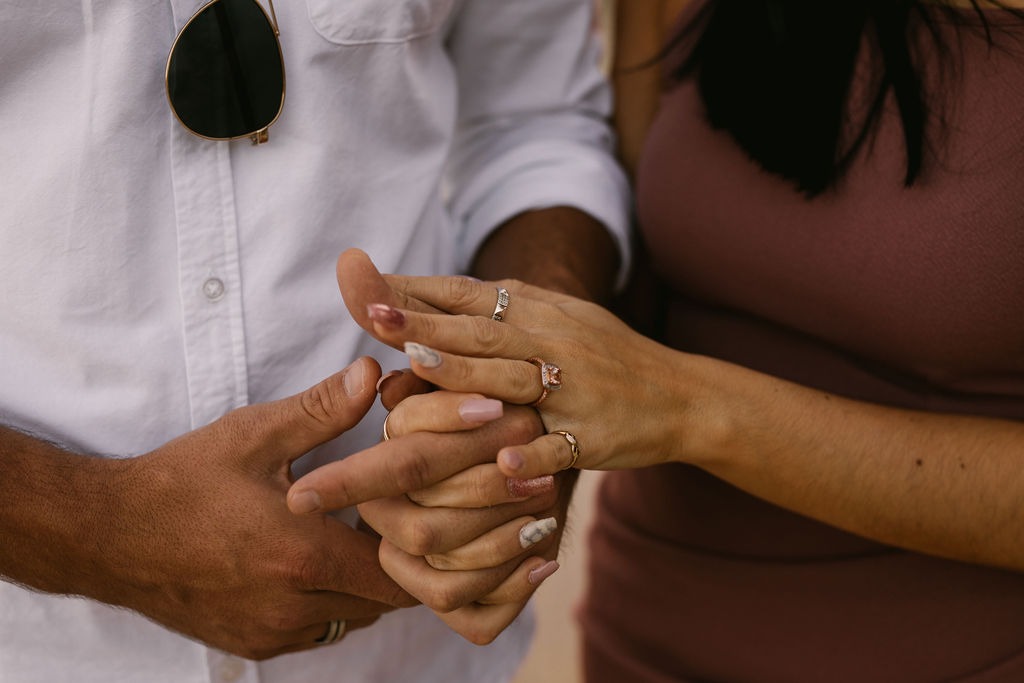 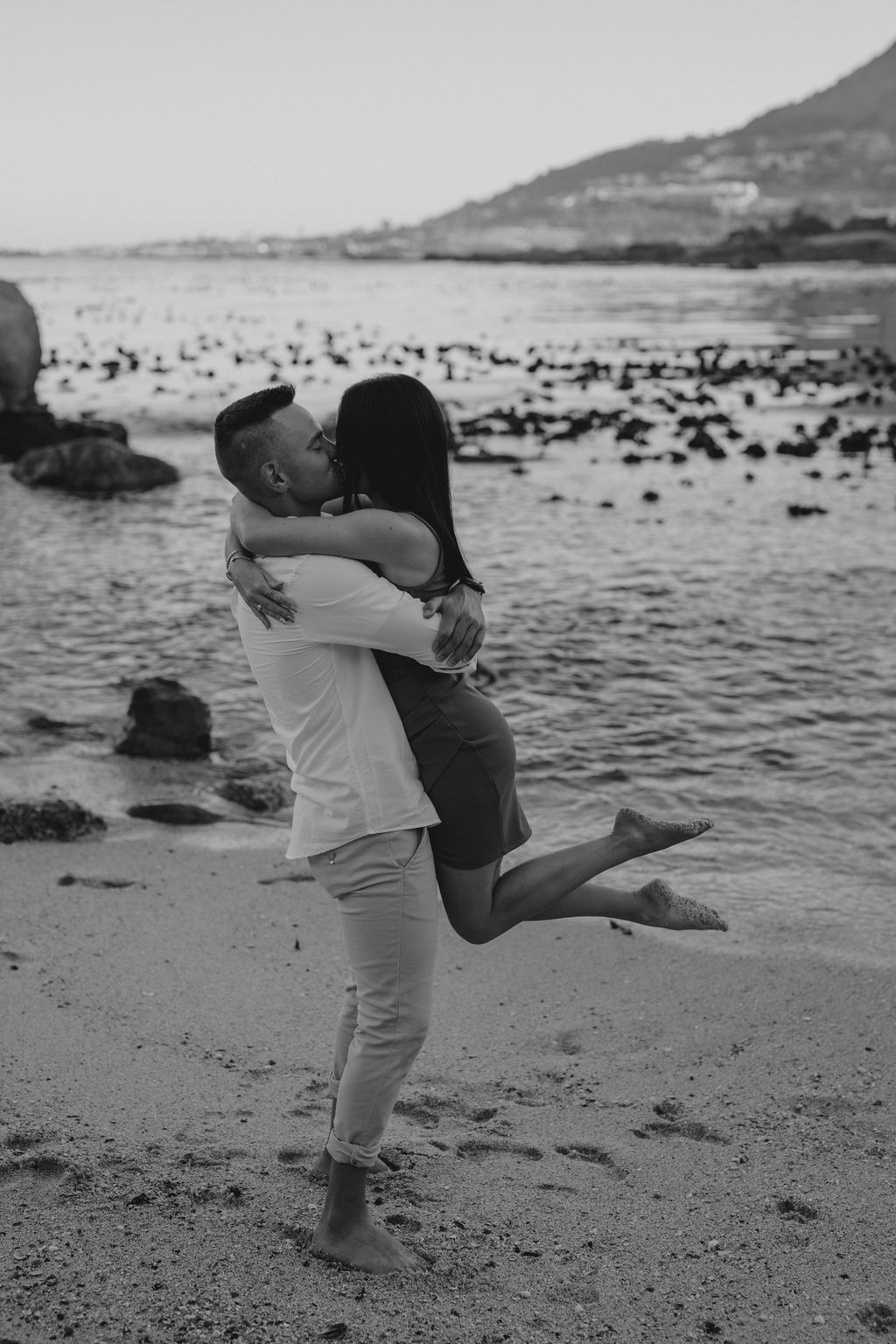 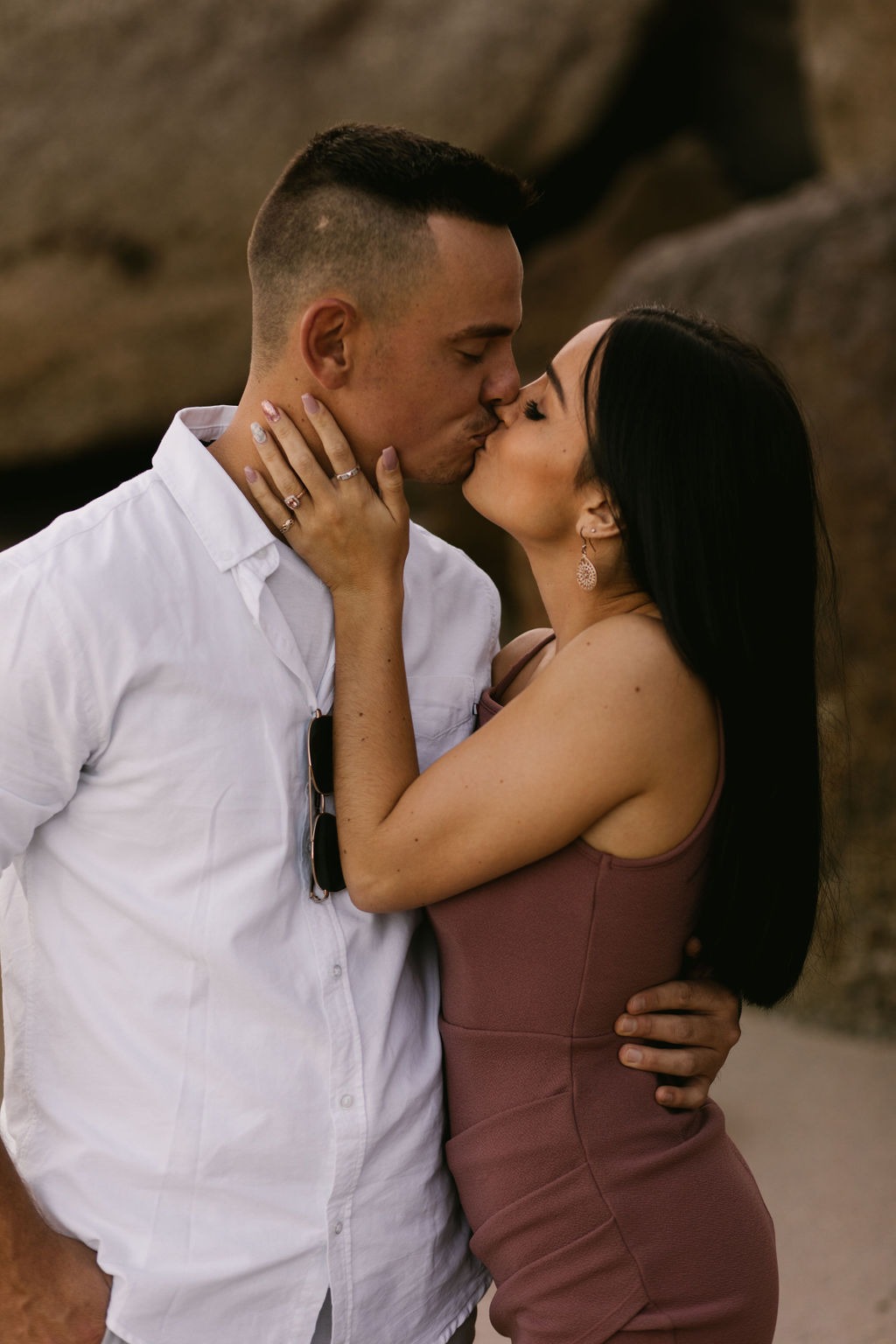 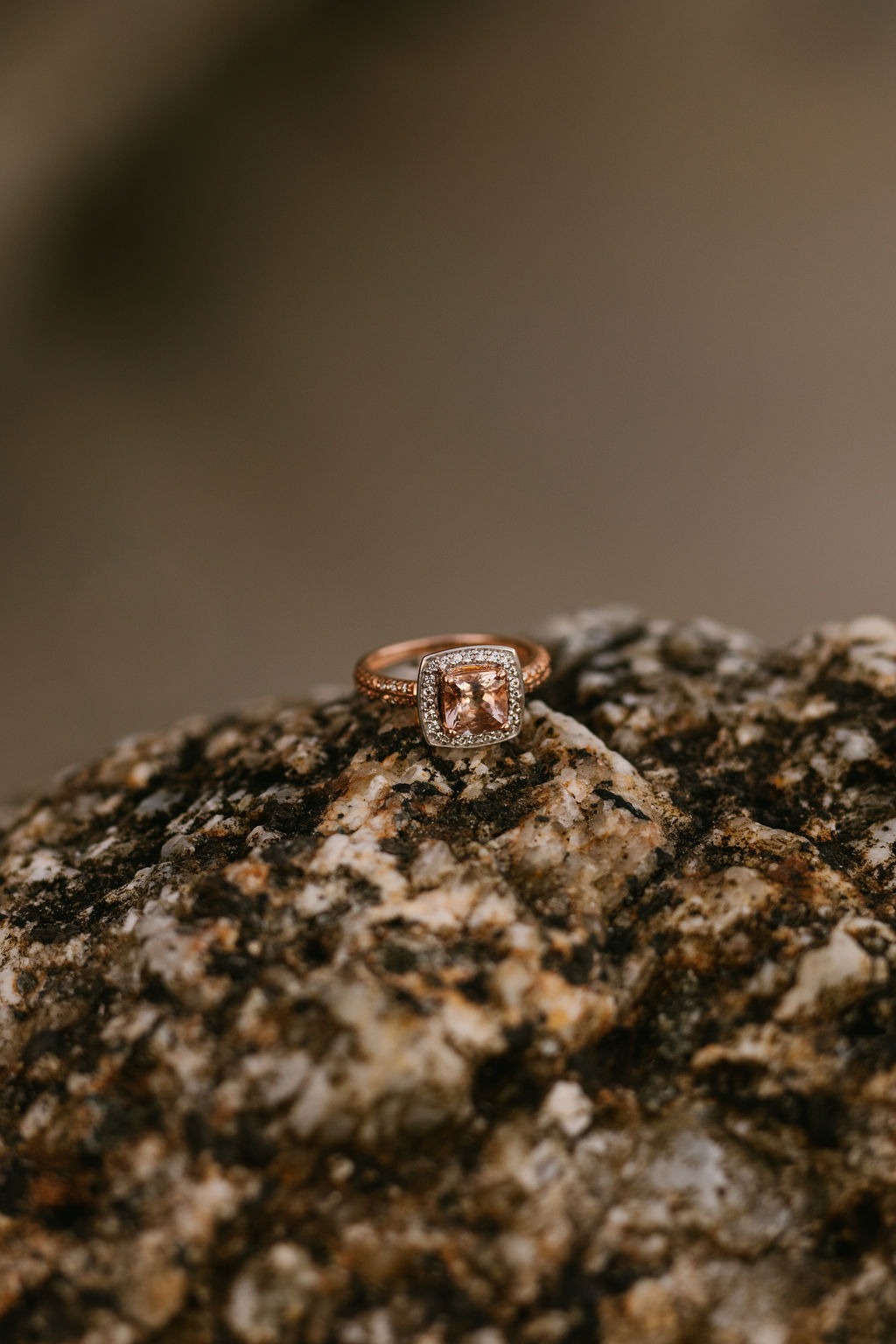 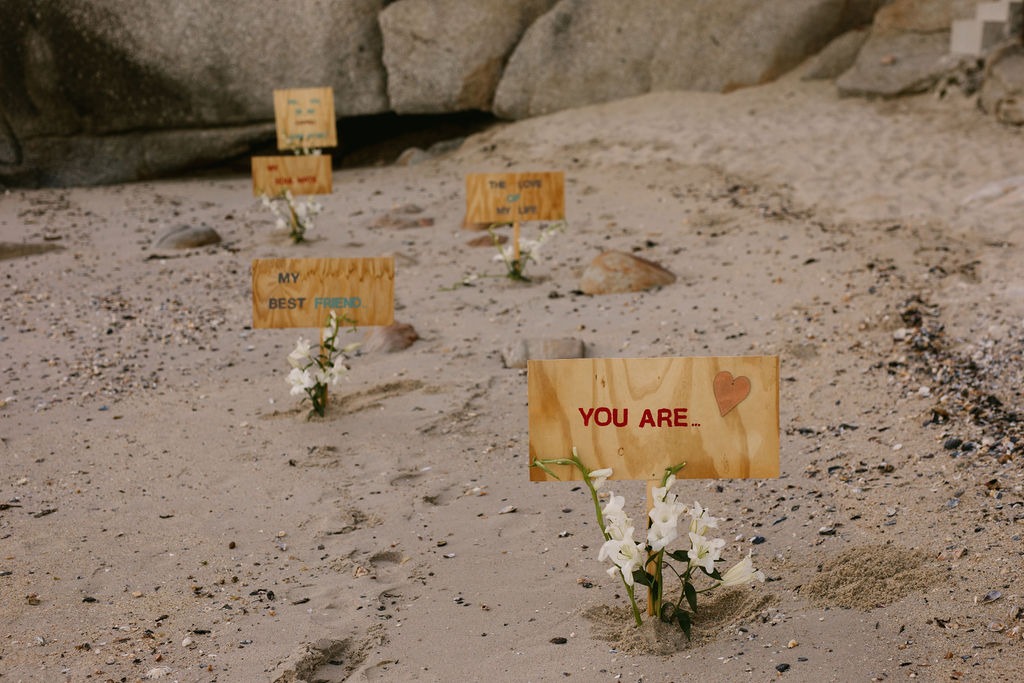 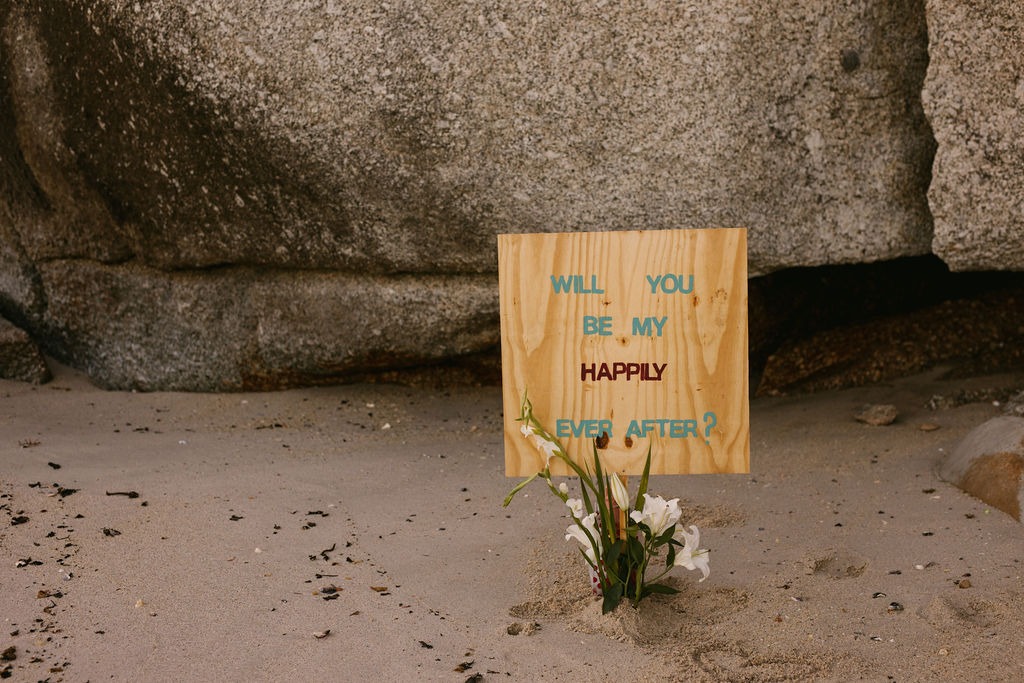 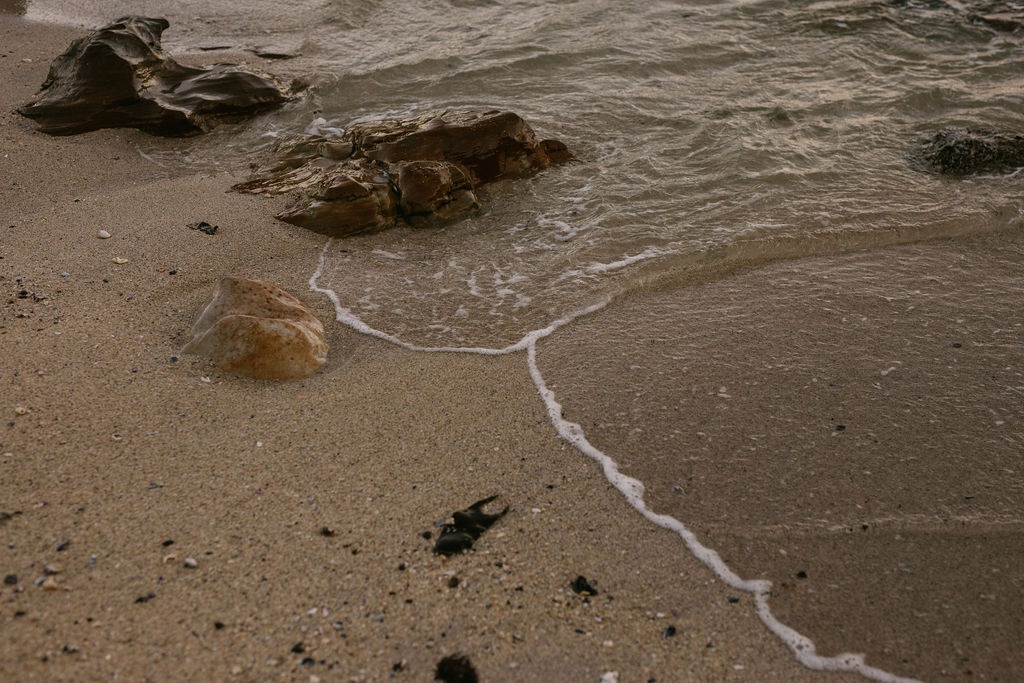 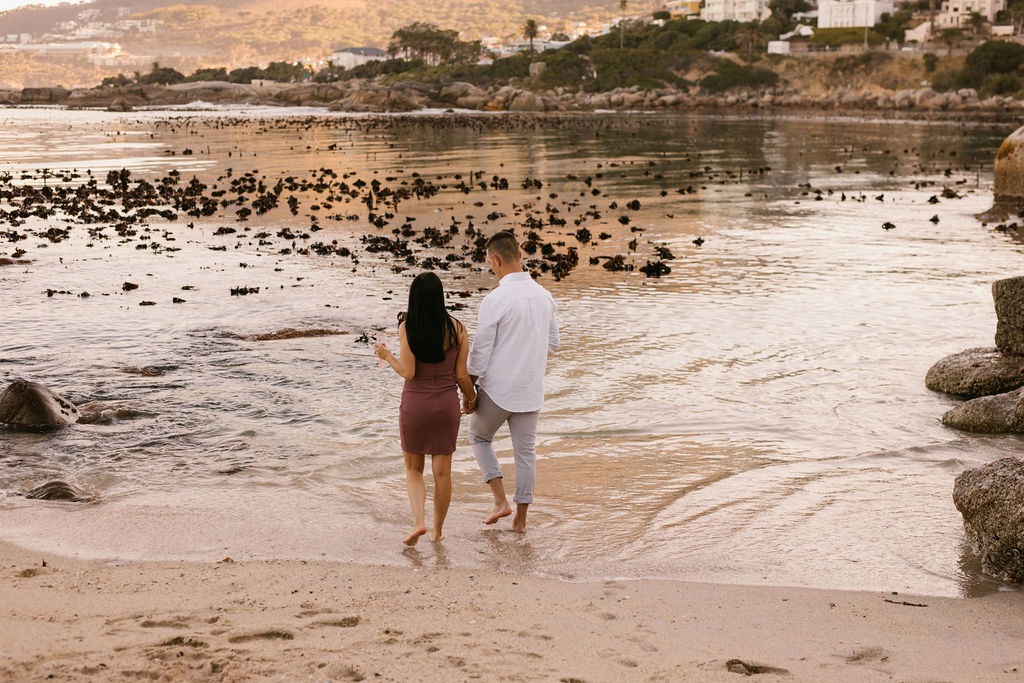 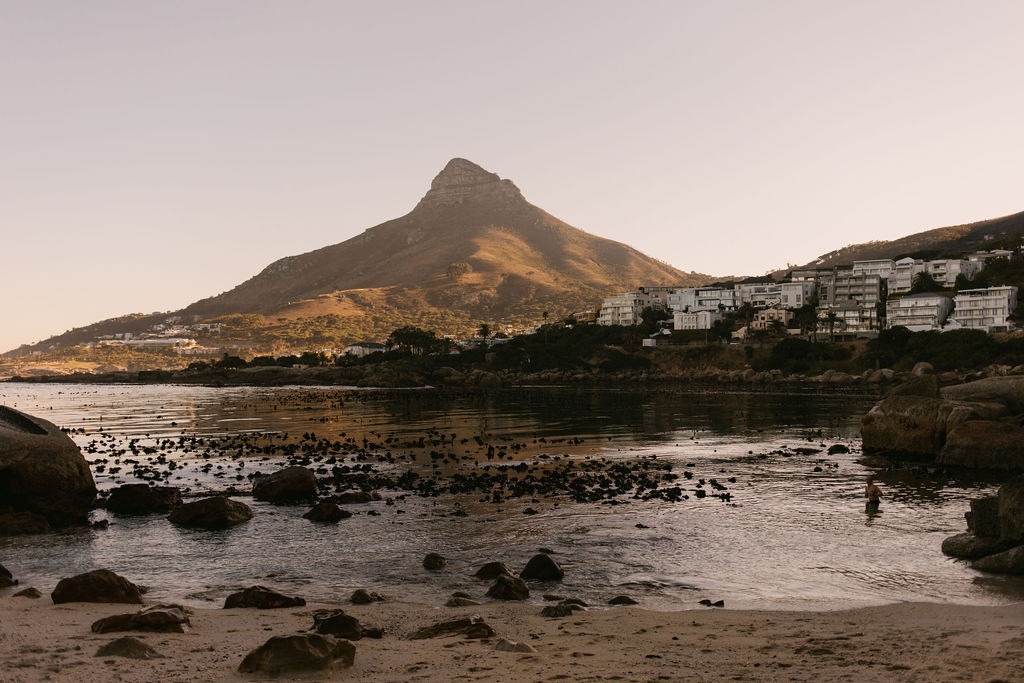 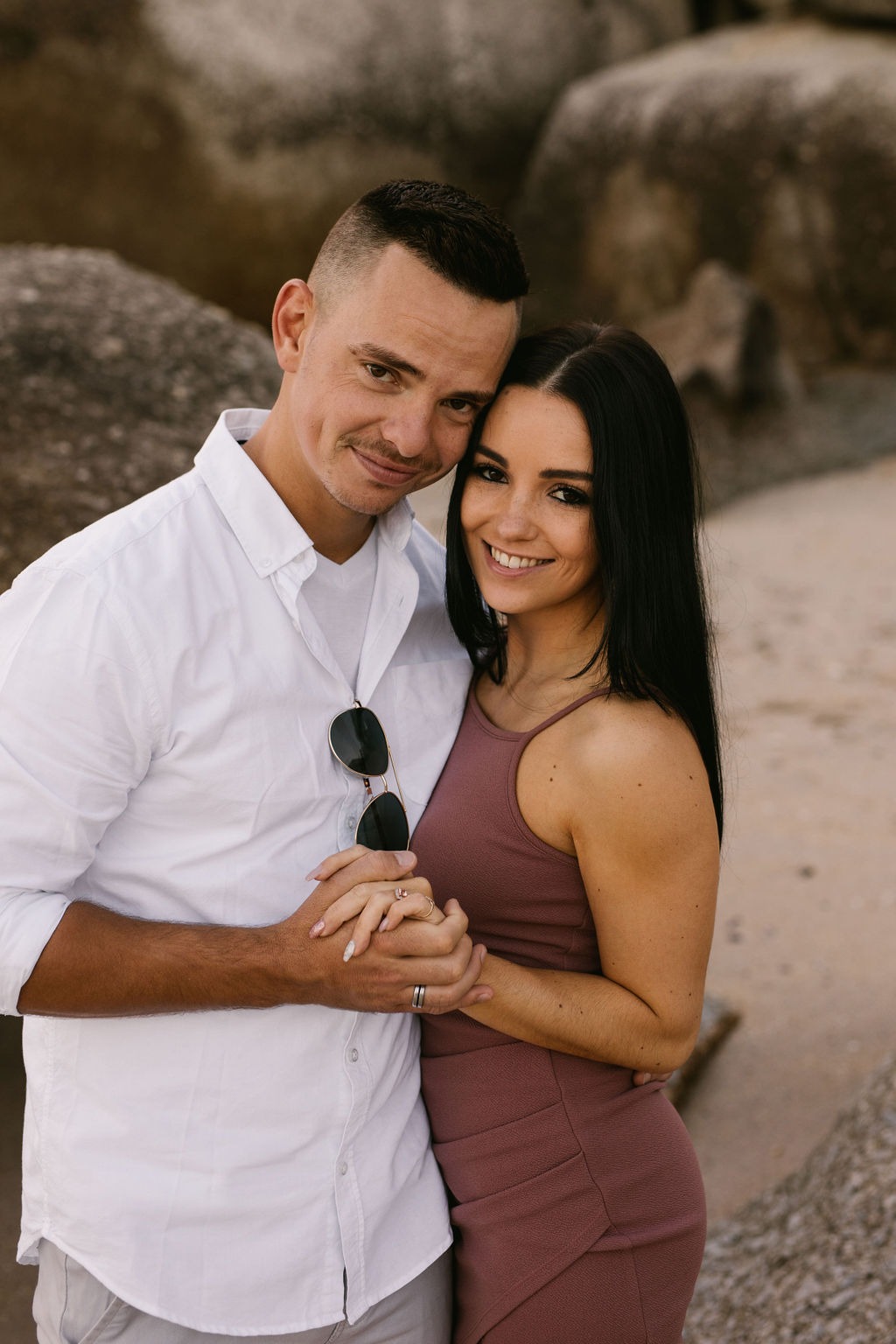