On the 25th August 2016 Anible asked Marie, the women of his dreams, to marry him. They have been together for 6 months but have known each for 6 years.

Anible got in touch with us as he wanted his proposal to be romantic, fun and unique. A ‘must’ for him was a musician who had to be involved and sing a song on the guitar! We contacted Shake & bake Entertainment who told us Chris Werge would love to be part of their special day. Anible asked if he would play & sing ‘Bruno Mars – Marry You‘.

We asked him what their hobbies were and what they loved doing together… the answer was motorbikes! They have a passion for riding bikes so we quickly thought of using sidecars. The perfect location for their proposal was Chapman’s Peak Drive. As the views from here are breathtaking.

The plan was set and the day arrived, Anible and Marie flew into Cape Town for the day and left that night so planning and timing was key. Cape sidecar adventures transported them in true style along the coast… they stopped off at the chosen view point, where we were all waiting. Anible and Marie got off the side car and Chris casually walked up to them singing ‘the song’. Nicola, the photographer acted like a tourist and captured the proposal on film. When the moment was right, Anible got down on his knee and asked Marie to marry him. She said YES!

There was laughing, tears of joy and clapping. The beautiful new diamond ring shone in the sunlight and we all congratulated them. They enjoyed a couples shoots at several locations on Chapman’s Peak drive, followed by a lunch at Azure restaurant at 12 Apostles Hotel. Anible asked for a very special request of cannolis that are Marie’s favorite dessert. We arranged them and placed a box on the table as another surprise. The celebrations began…

Anible and Marie sidecar proposal was lots of fun, we enjoyed planning the details for their special day. We wish them all the best for a happy future. 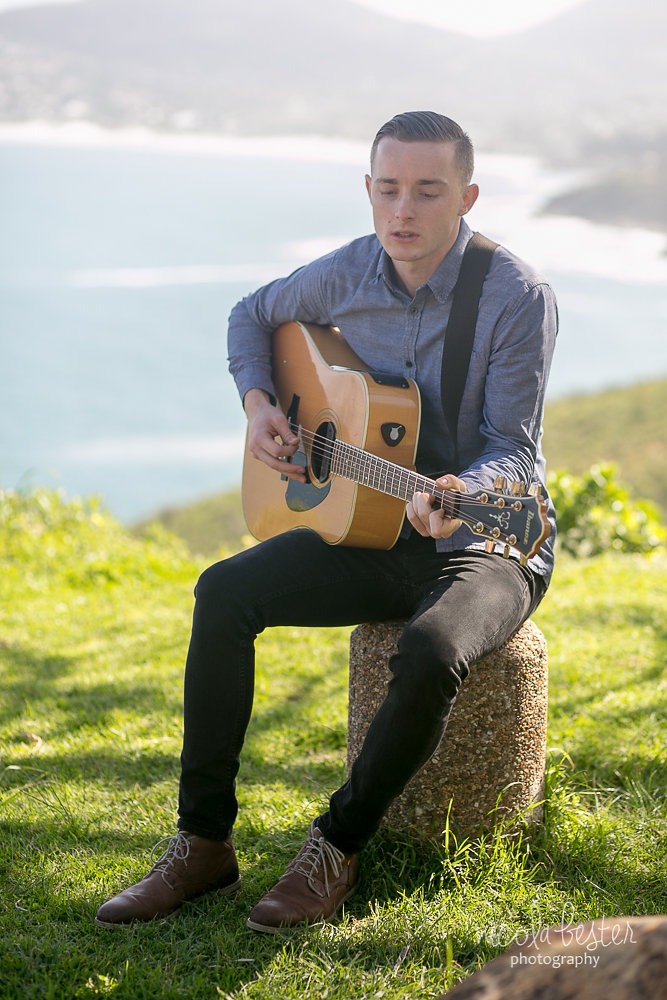 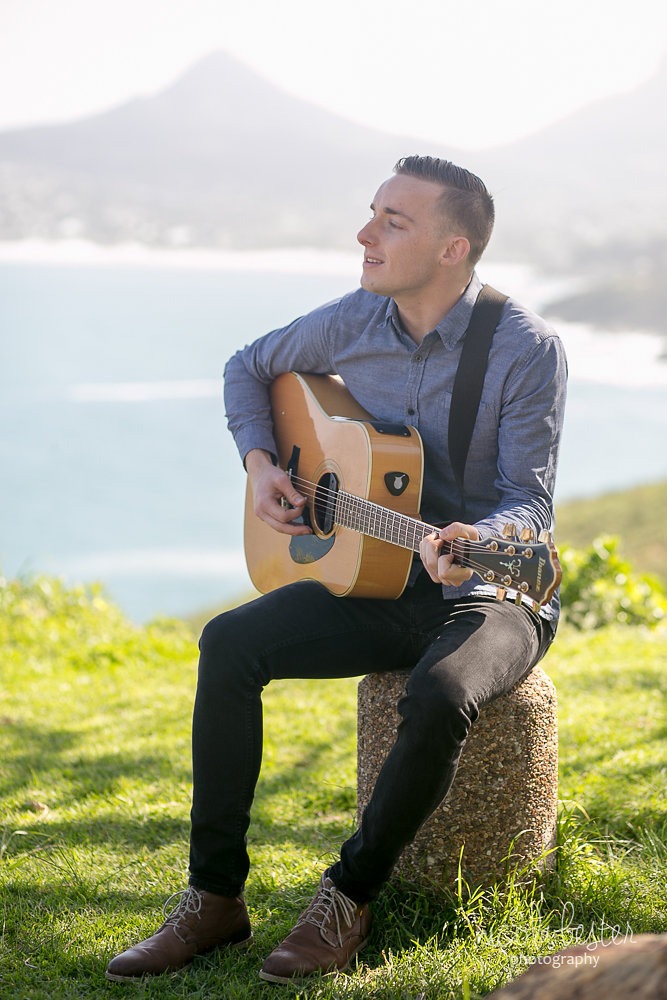 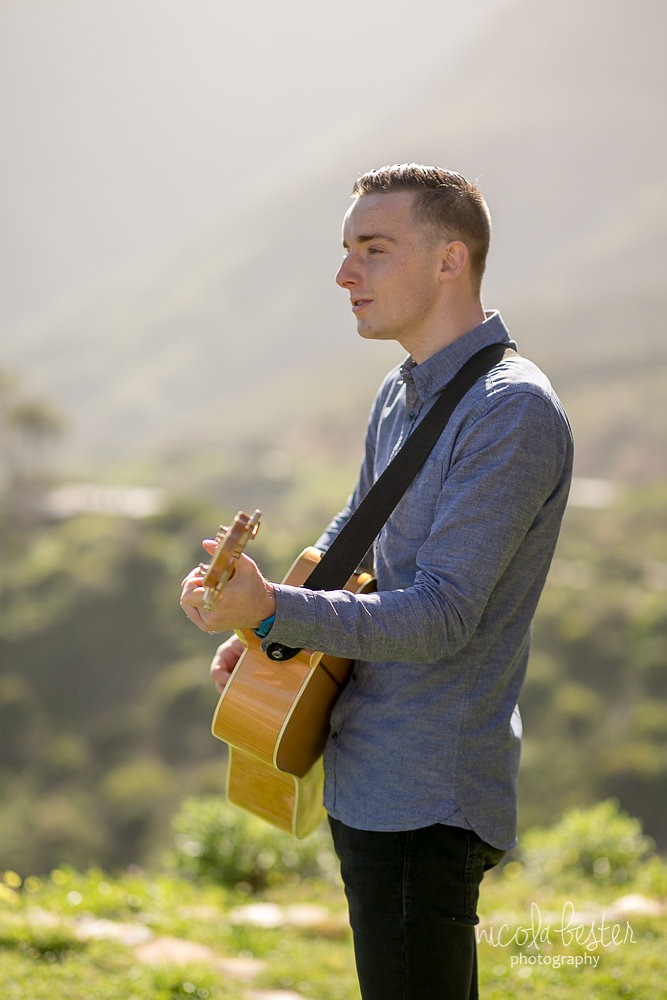 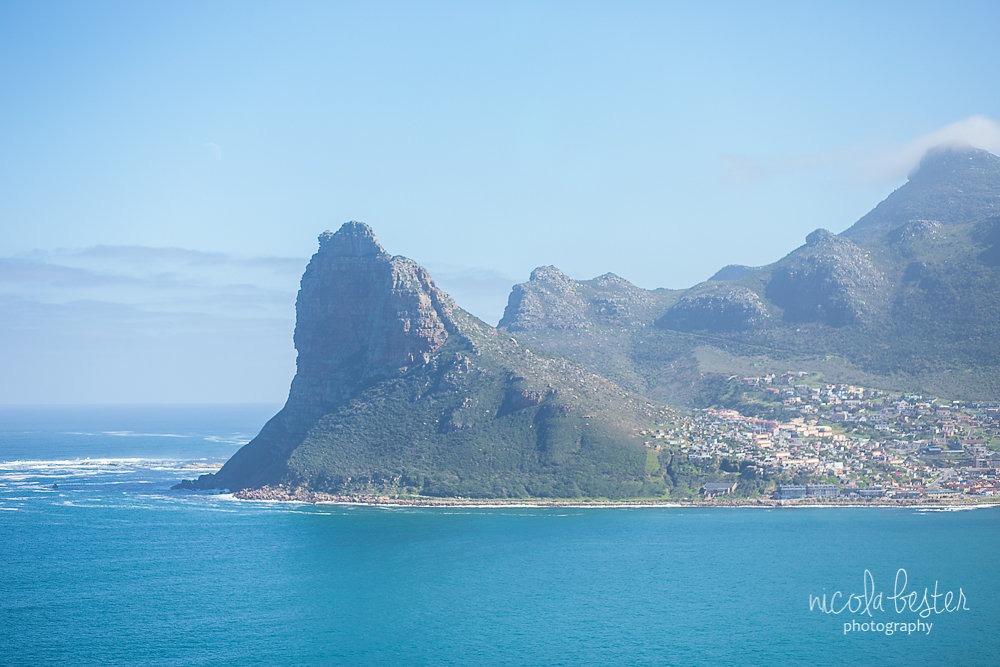 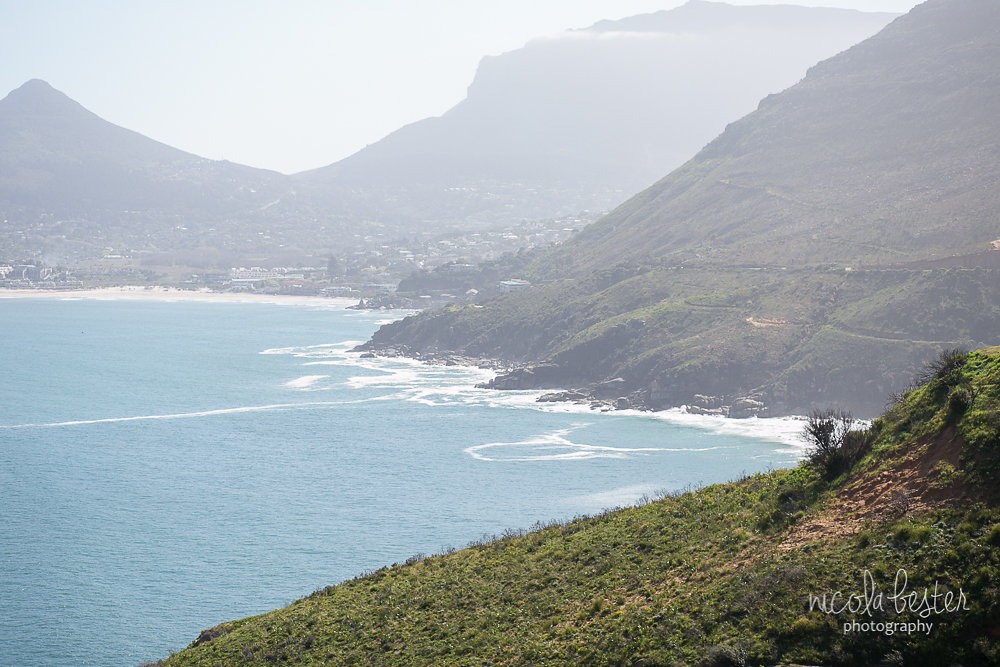 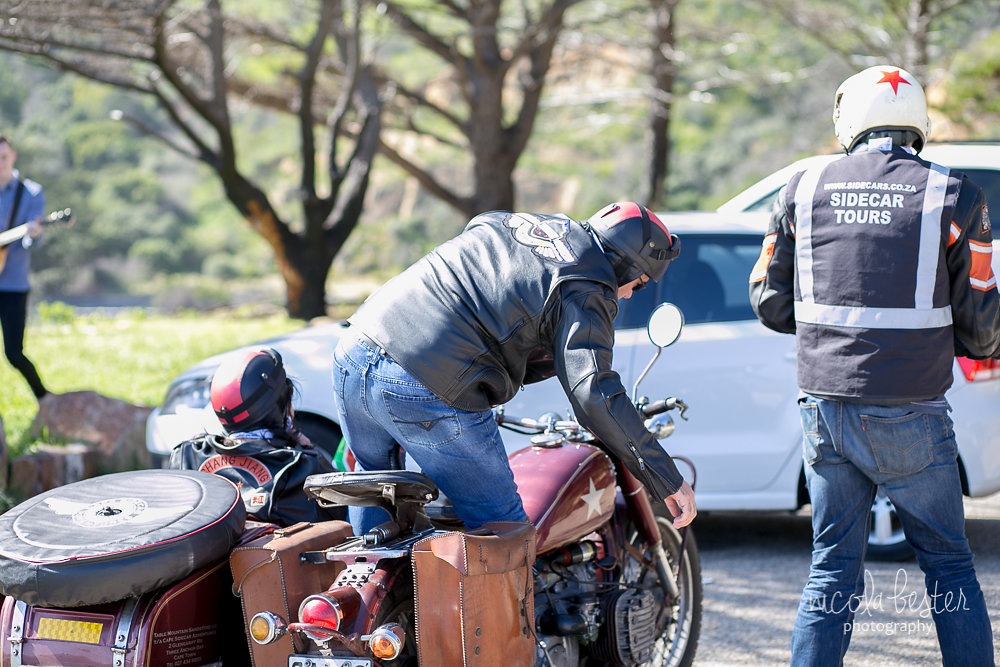 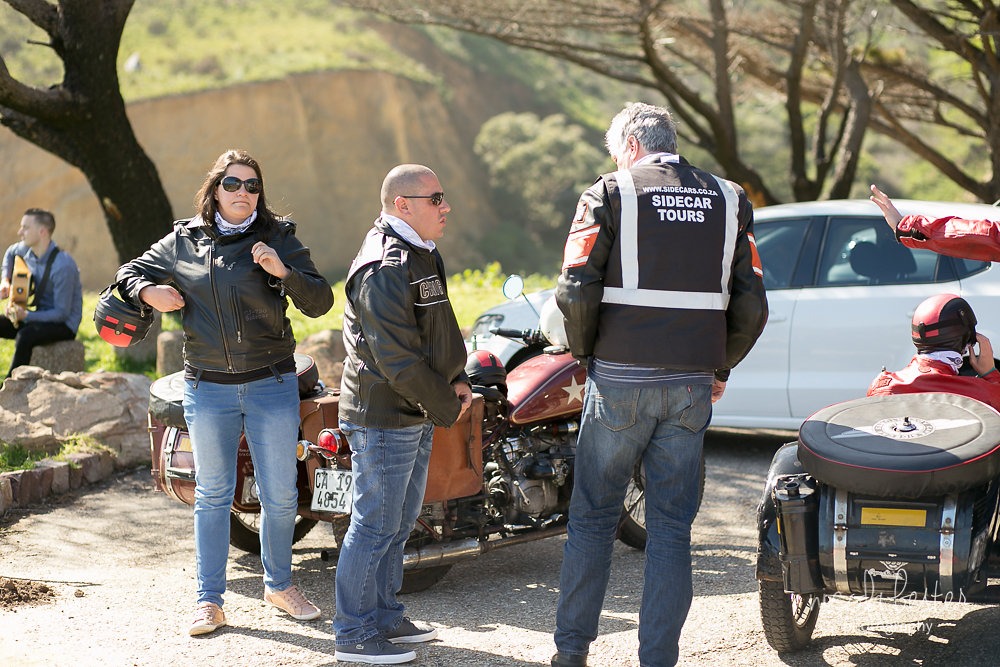 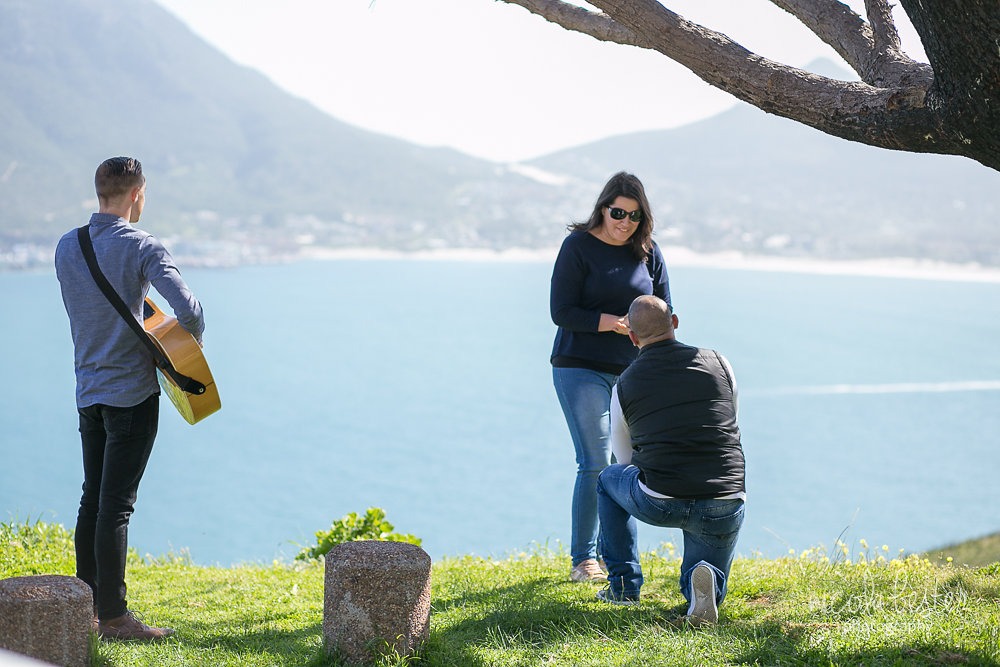 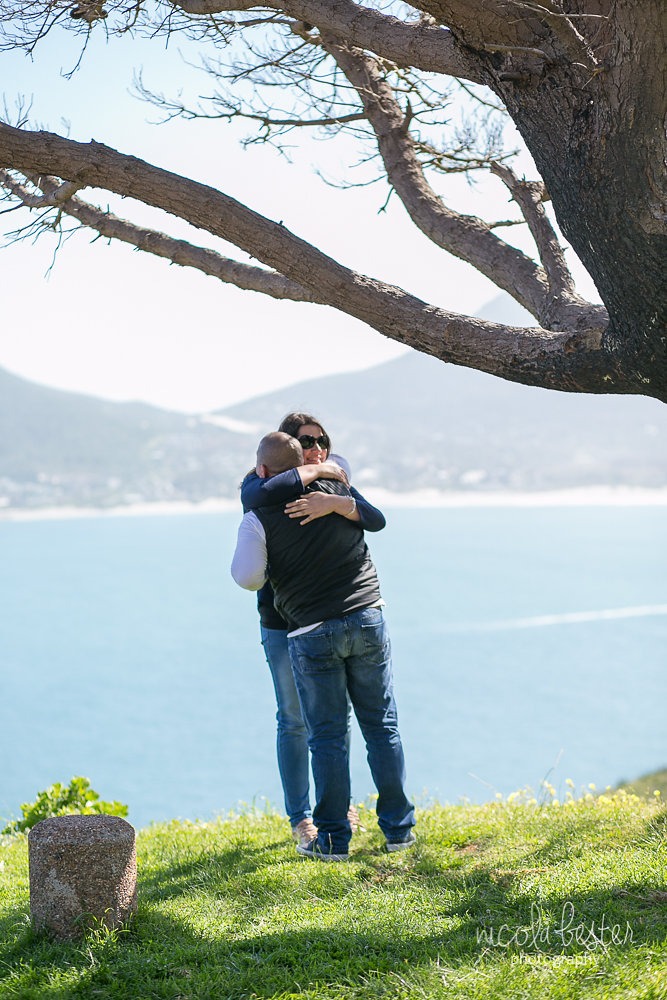 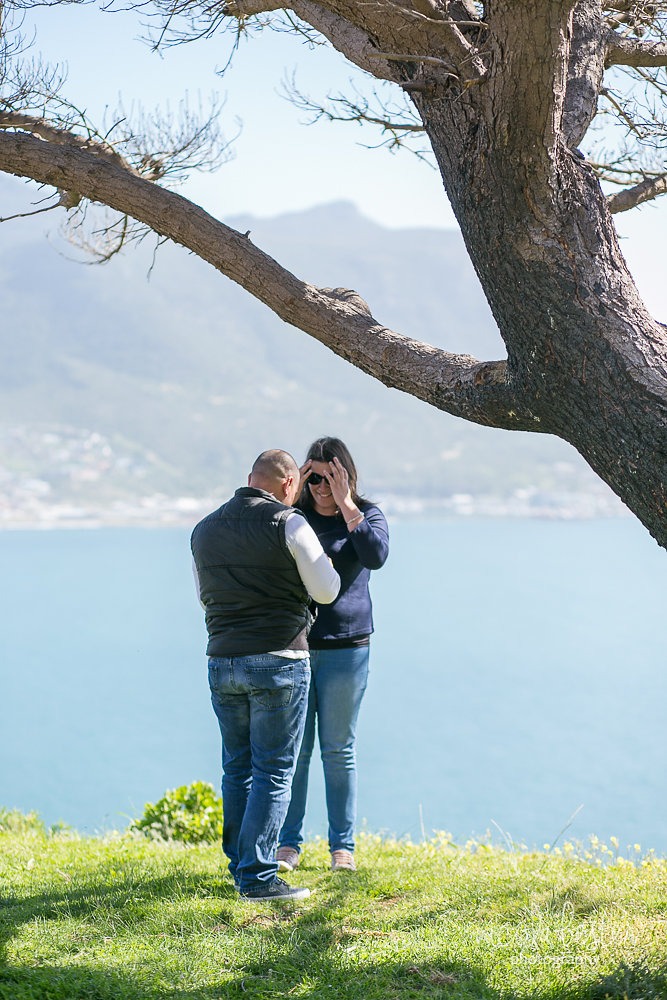 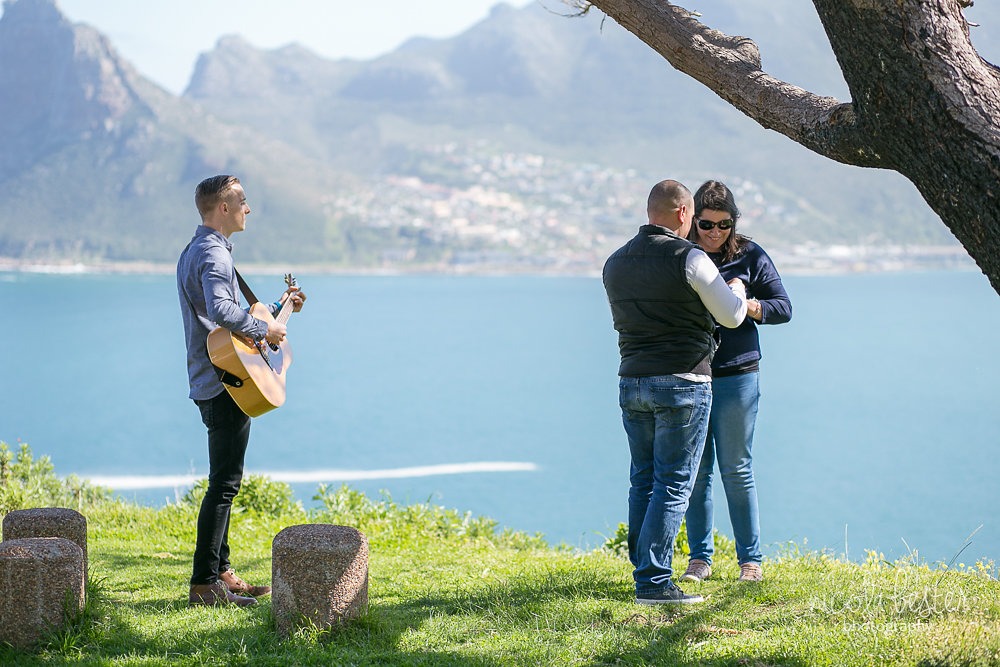 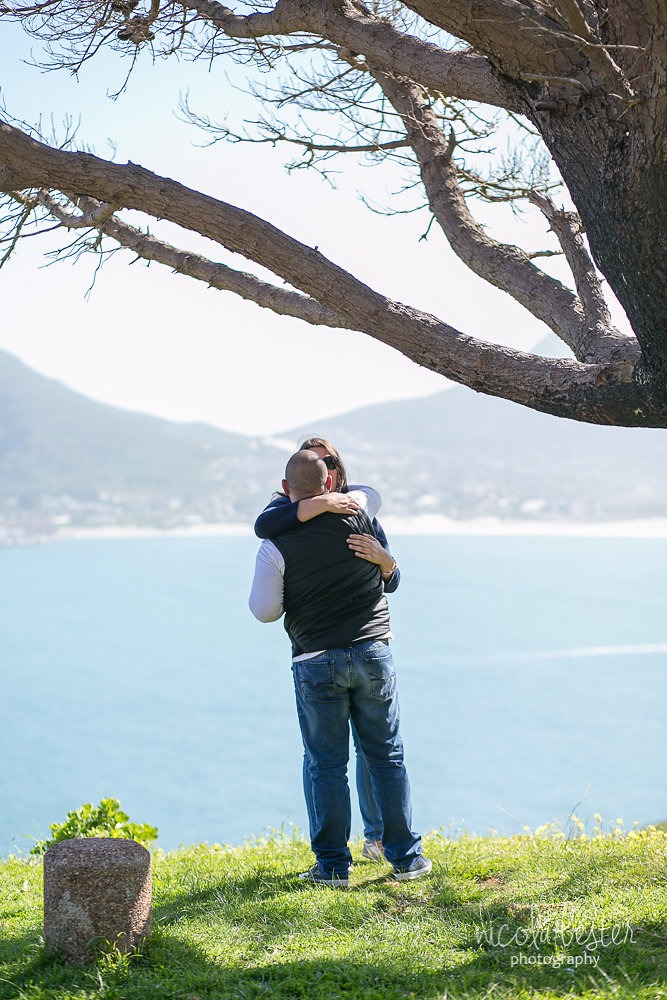 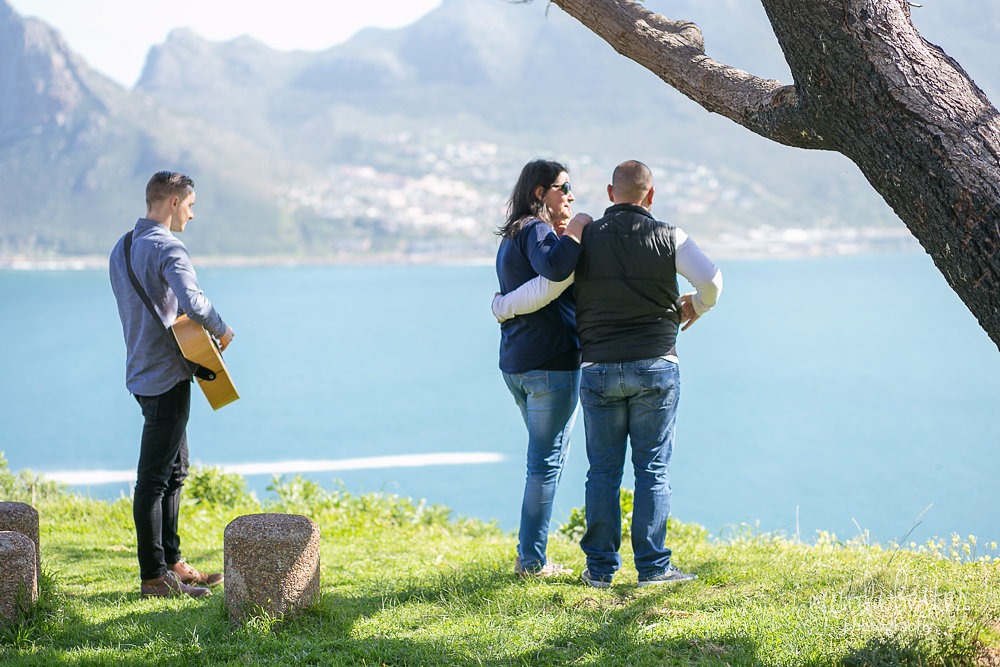 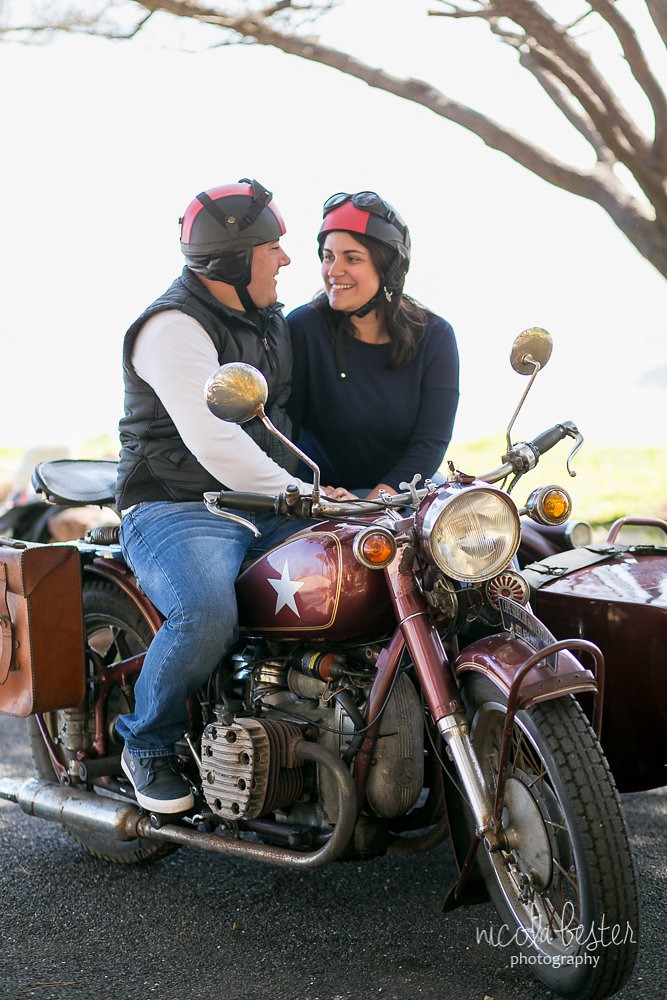 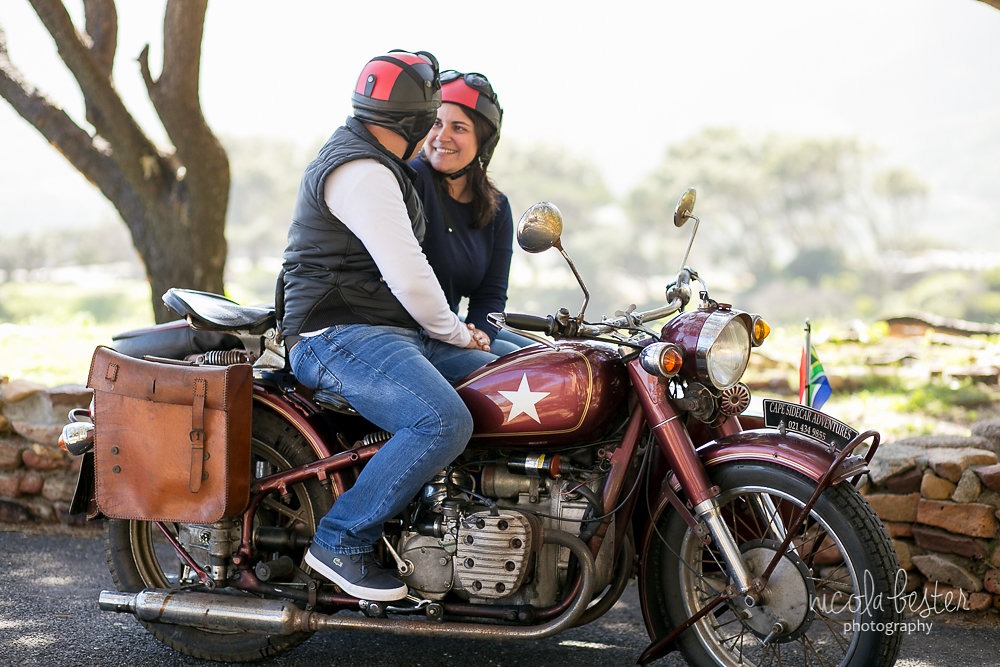 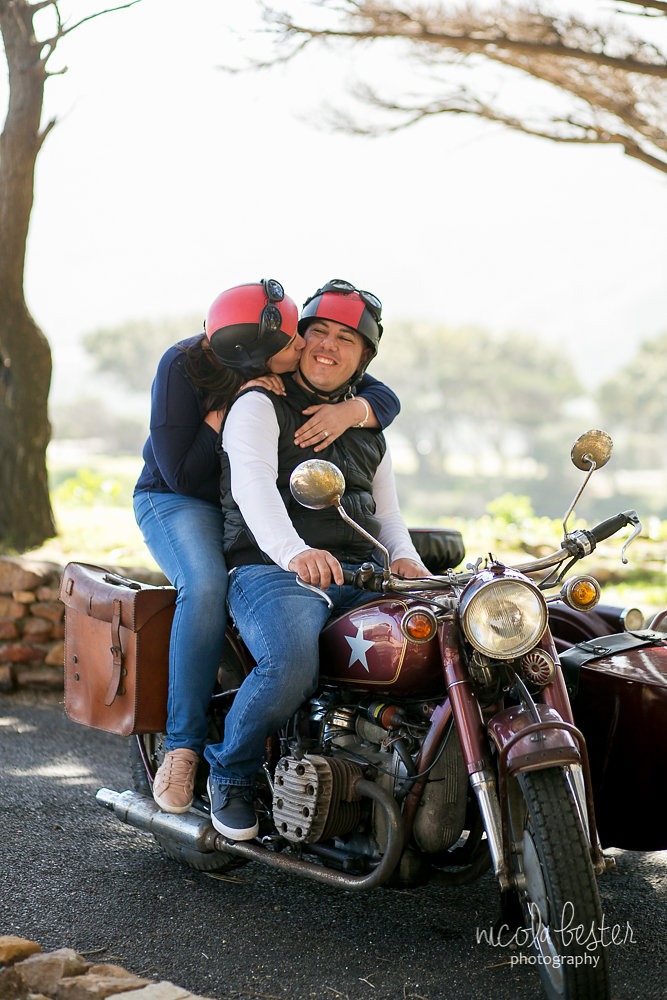 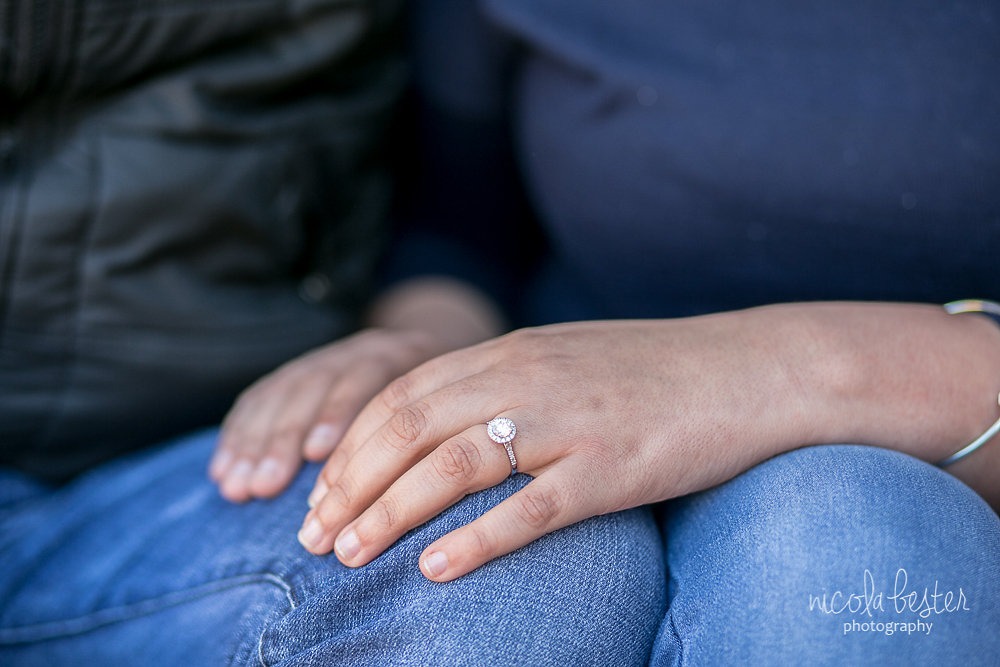 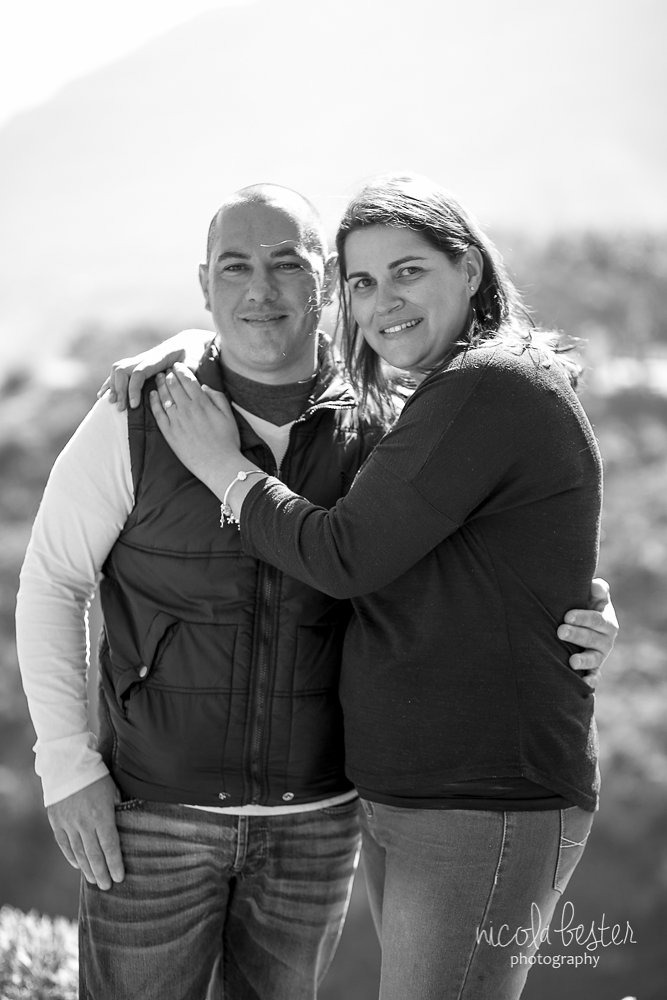 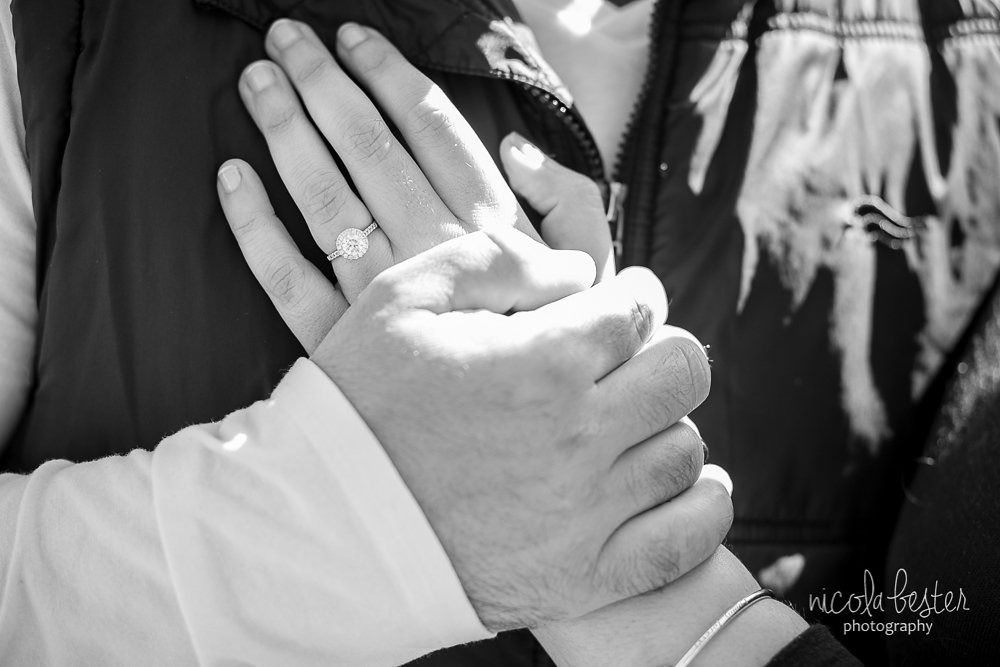 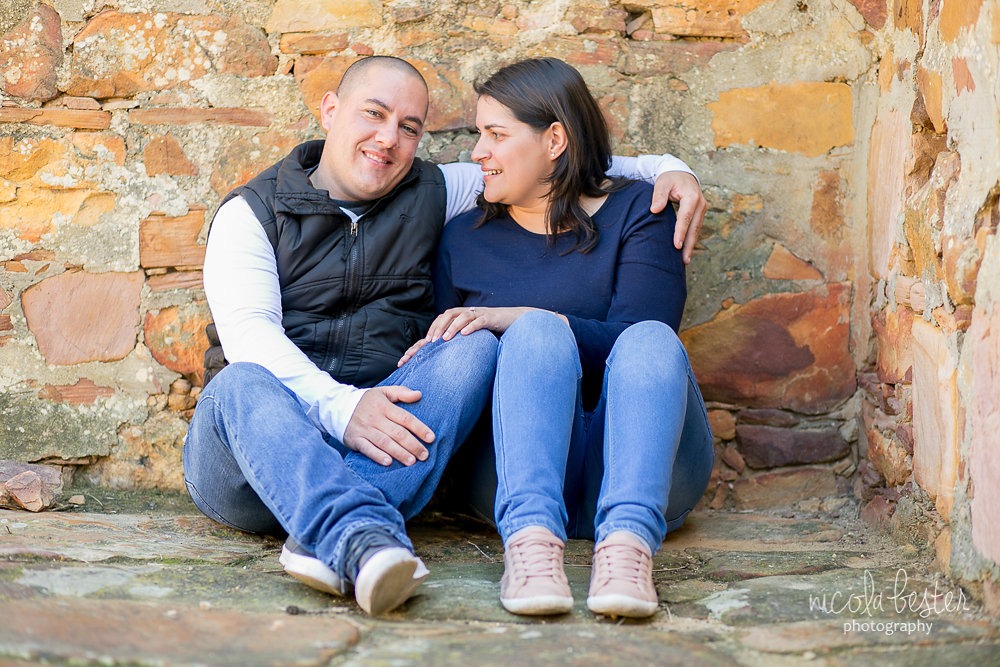 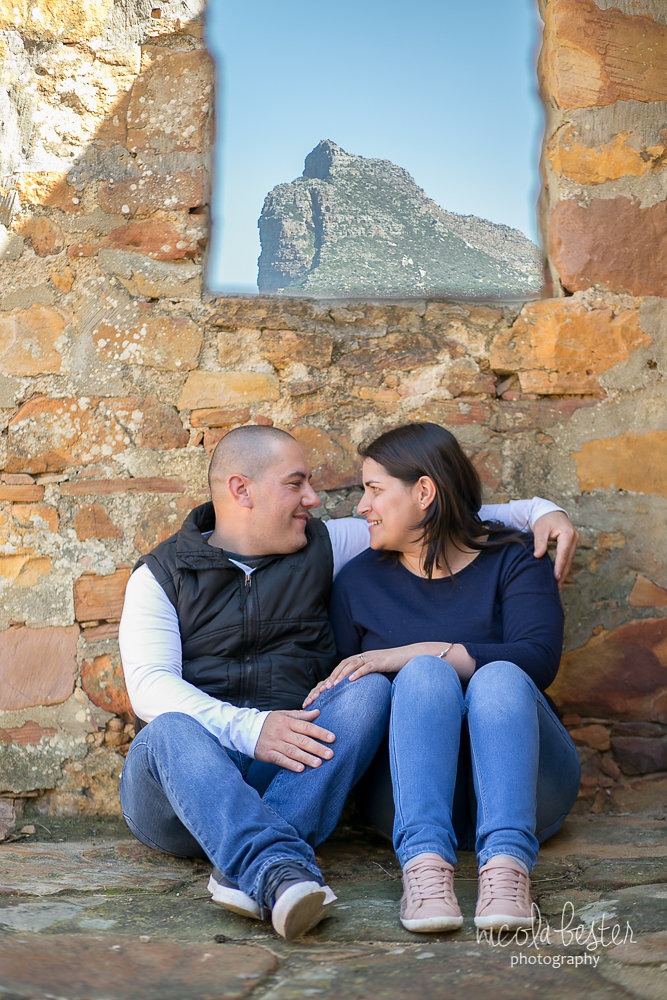 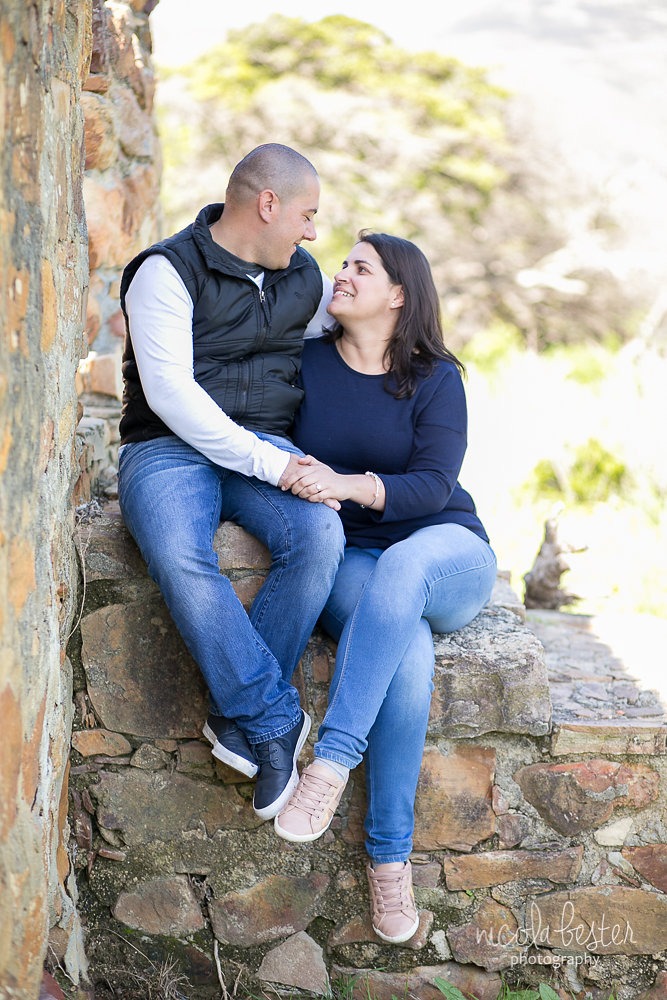 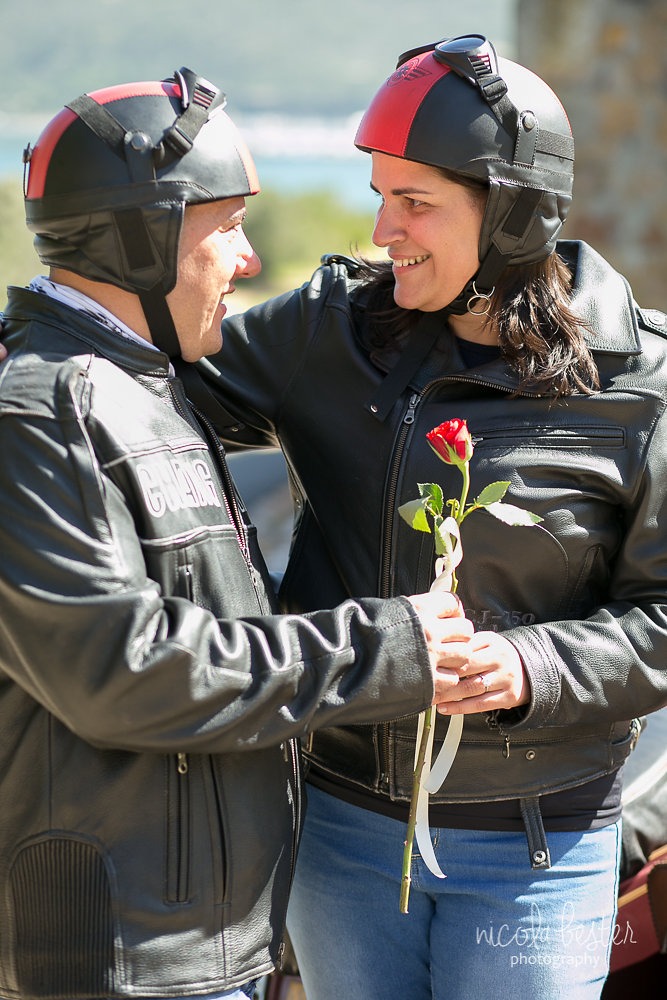