On the 19th of February 2019, Yanardy and Arlyn got engaged!

The two of them live in New York and decided to come to Cape Town on holiday. They have been dating for six years since they met through mutual friends at university. They love dancing, watching TV series together and nature.

Yanardy contacted us to assist in him organising something fun and special for his proposal to his girlfriend Arlyn. He wanted beautiful views for where he was going to propose but needed options as he hadn’t been to Cape Town before. After considering his options, he decided to book a sidecar trip around the Atlantic Seaboard and up to Chapman’s Peak. He would then propose to Arlyn when they got up to the layby at Chapman’s Peak.

We got there before the couple arrived and hung up a Marry Me sign in the trees with a beautiful view over Hout Bay and the ocean towards the sunset. Arlyn loves purple, so we hung purple balloons and purple ribbon on either side of the sign. We then hid behind the trees and waited for the couple to arrive on their sidecar.

Yanardy and Arlyn marriage proposal was so divine! They were such a fun couple to work with, we loved being part of their special day! Wishing them all the joy and happiness in their future together. 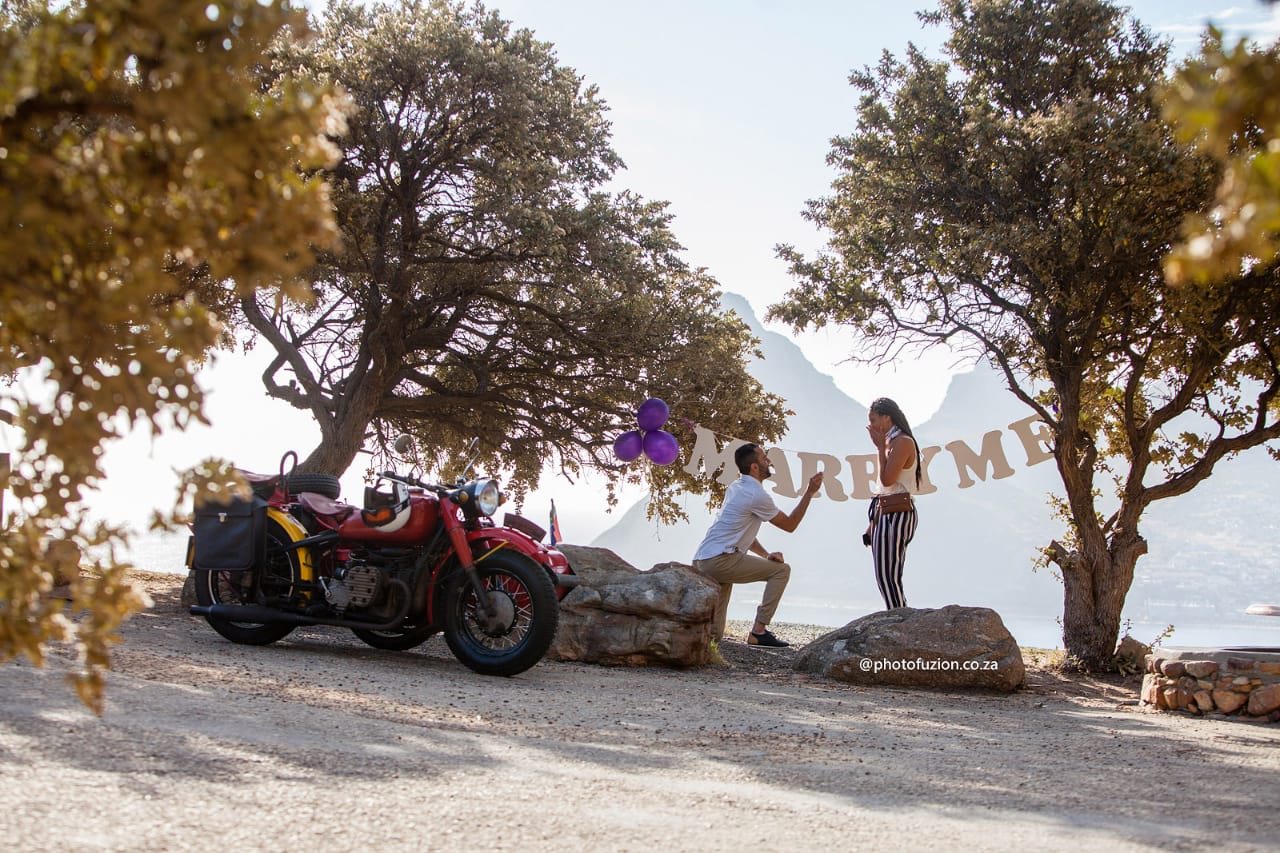 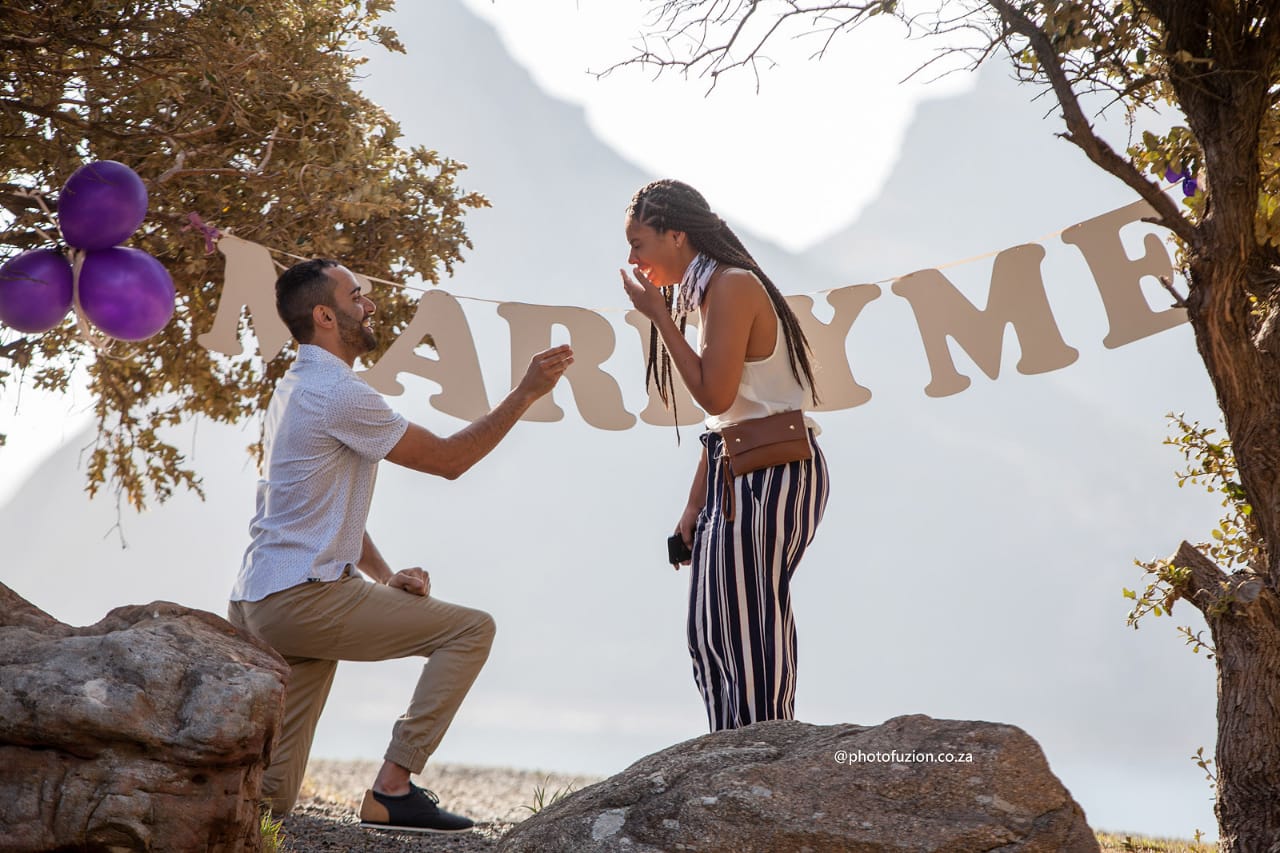 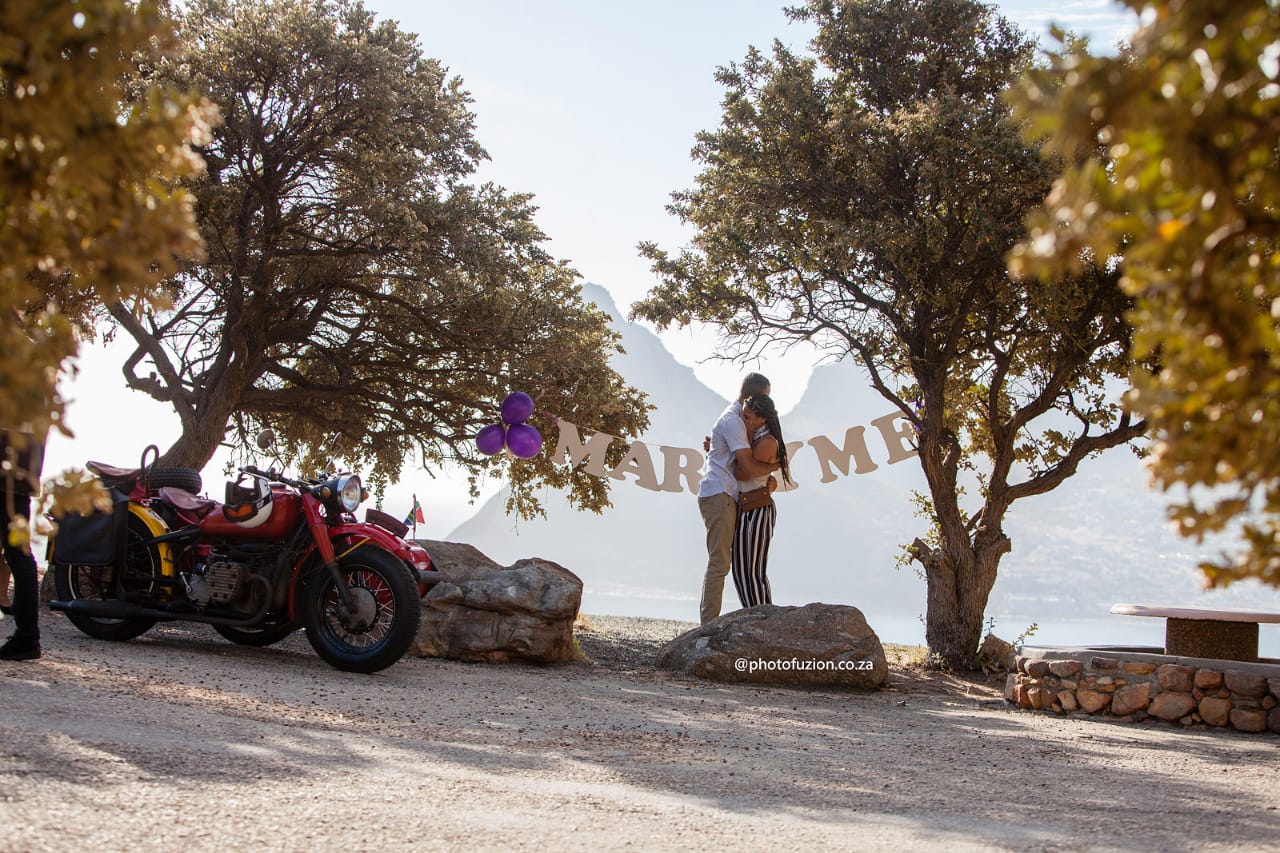 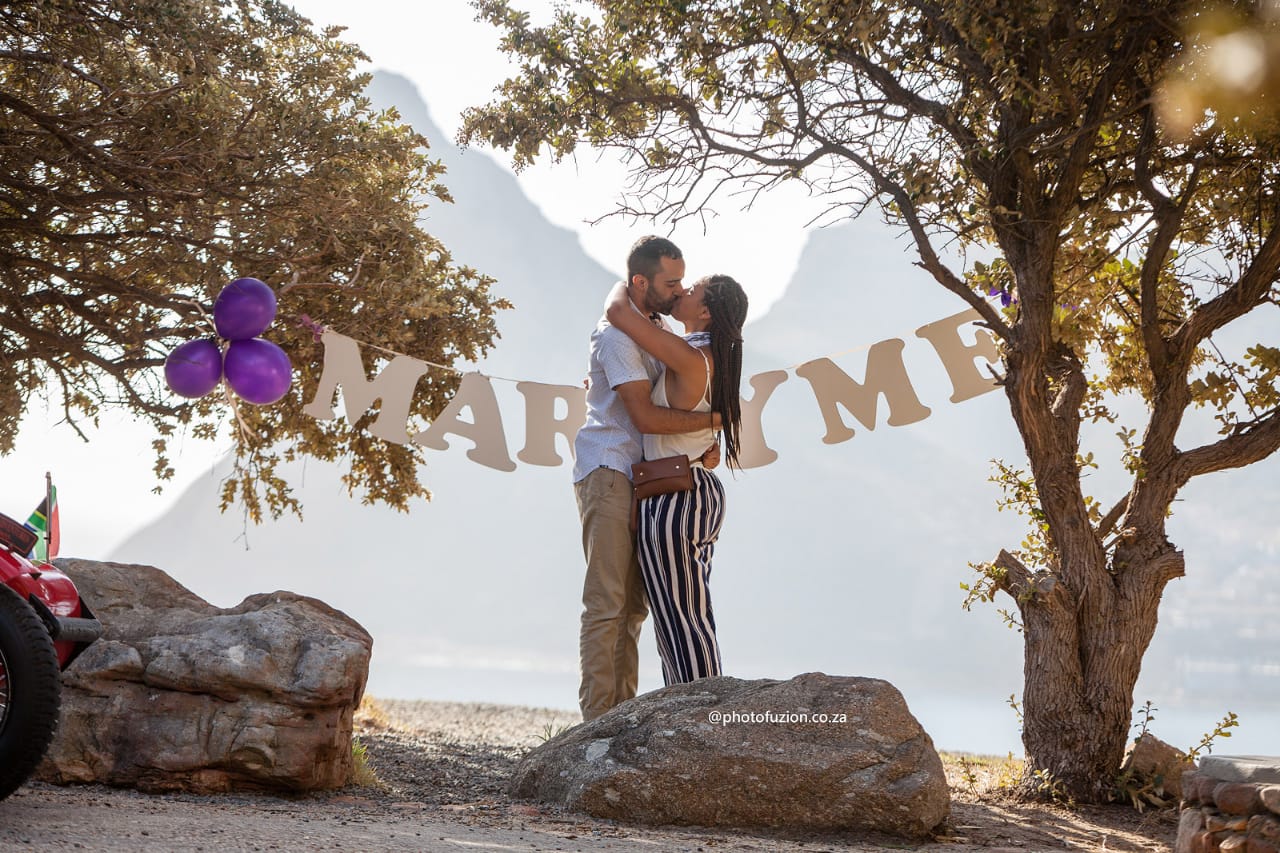 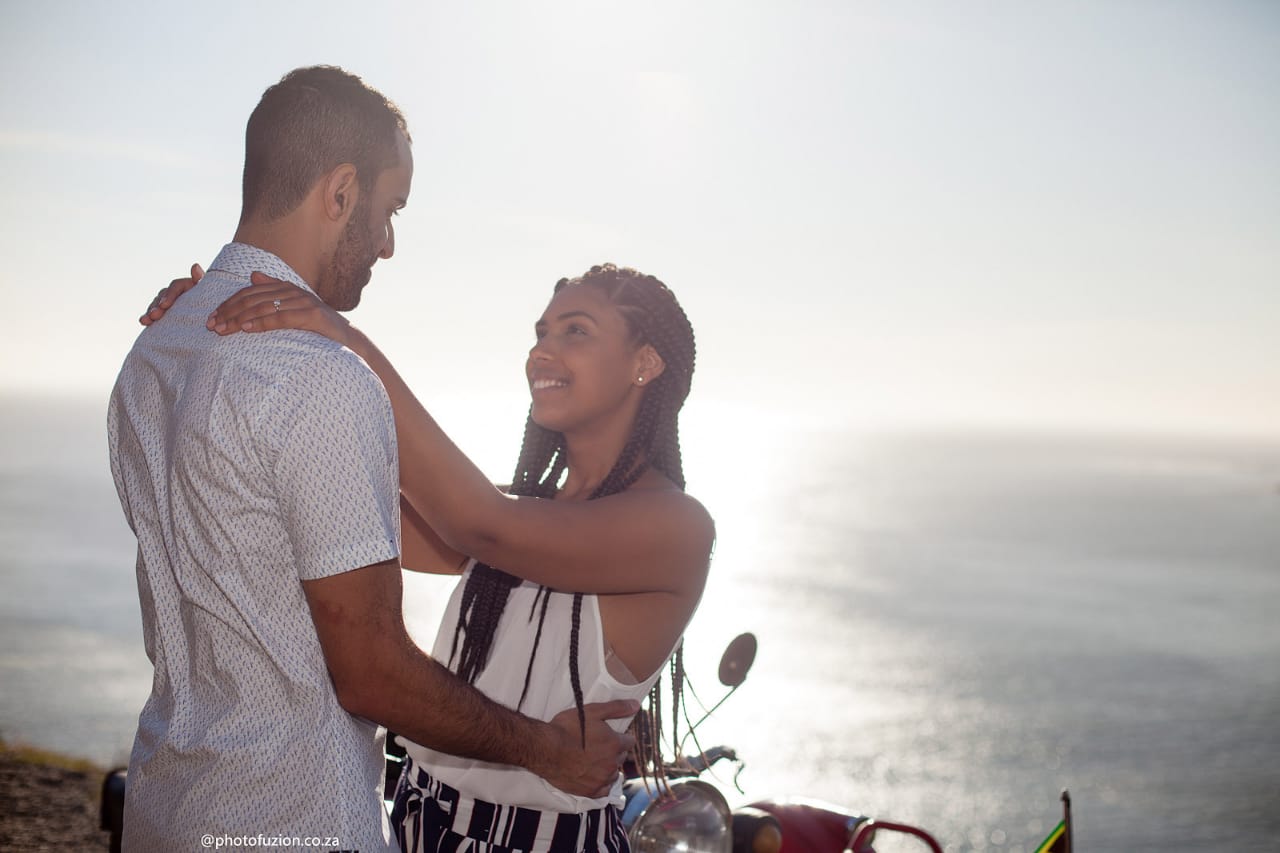 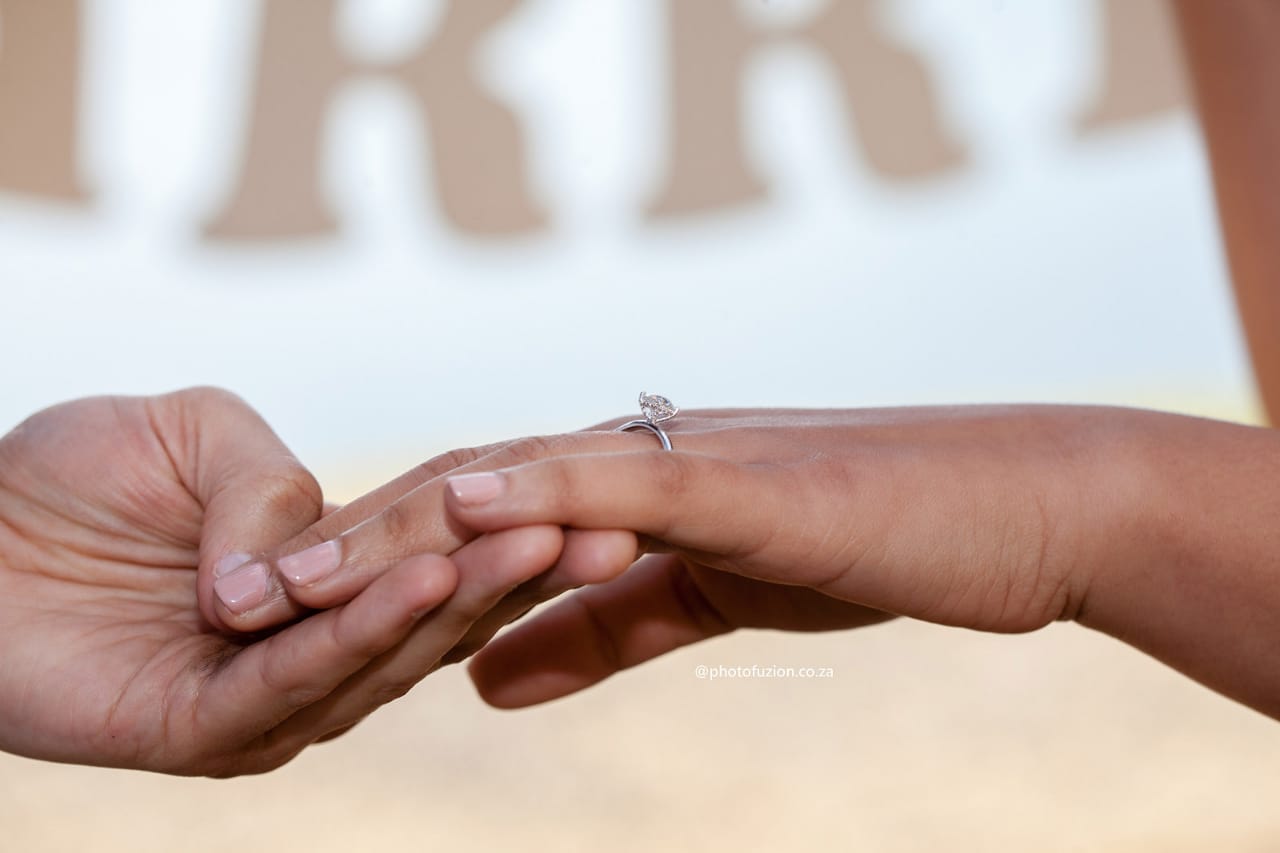 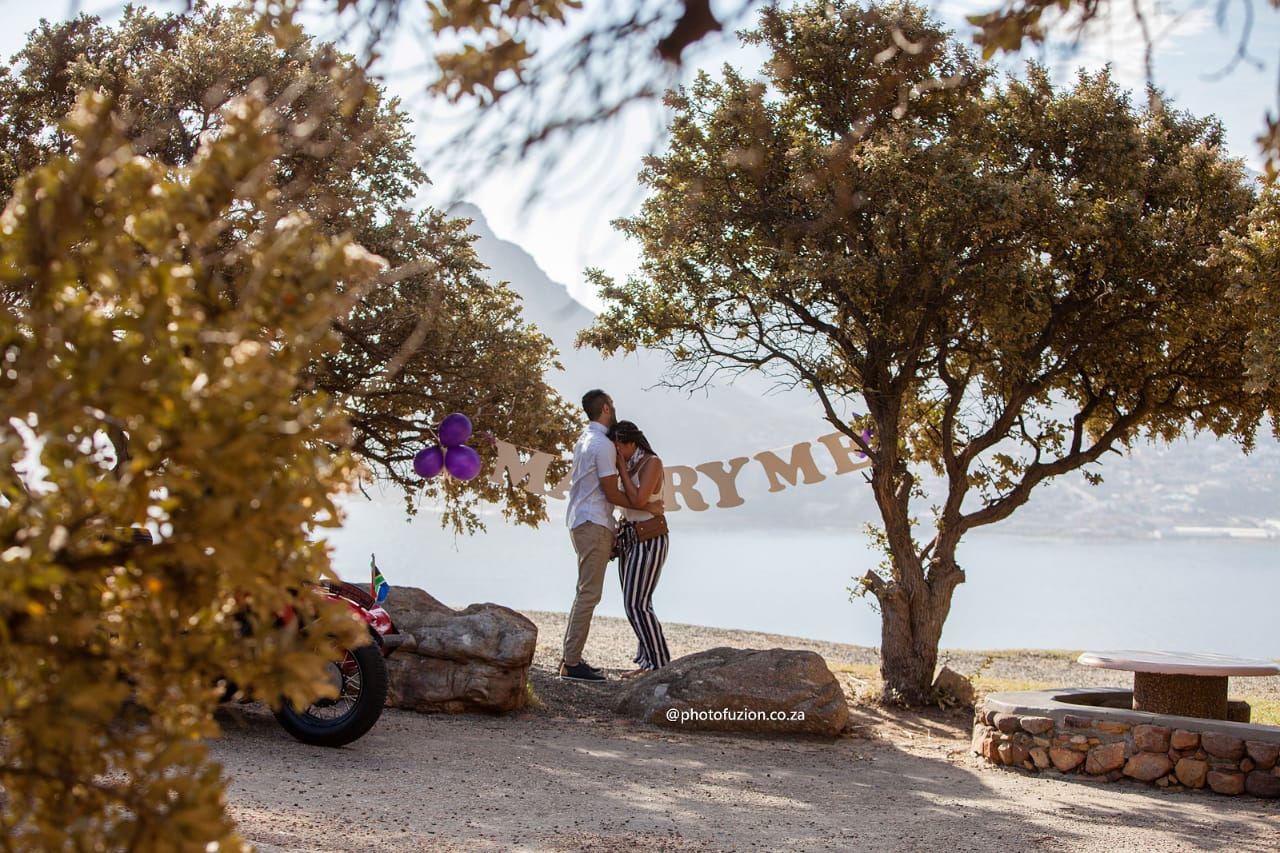 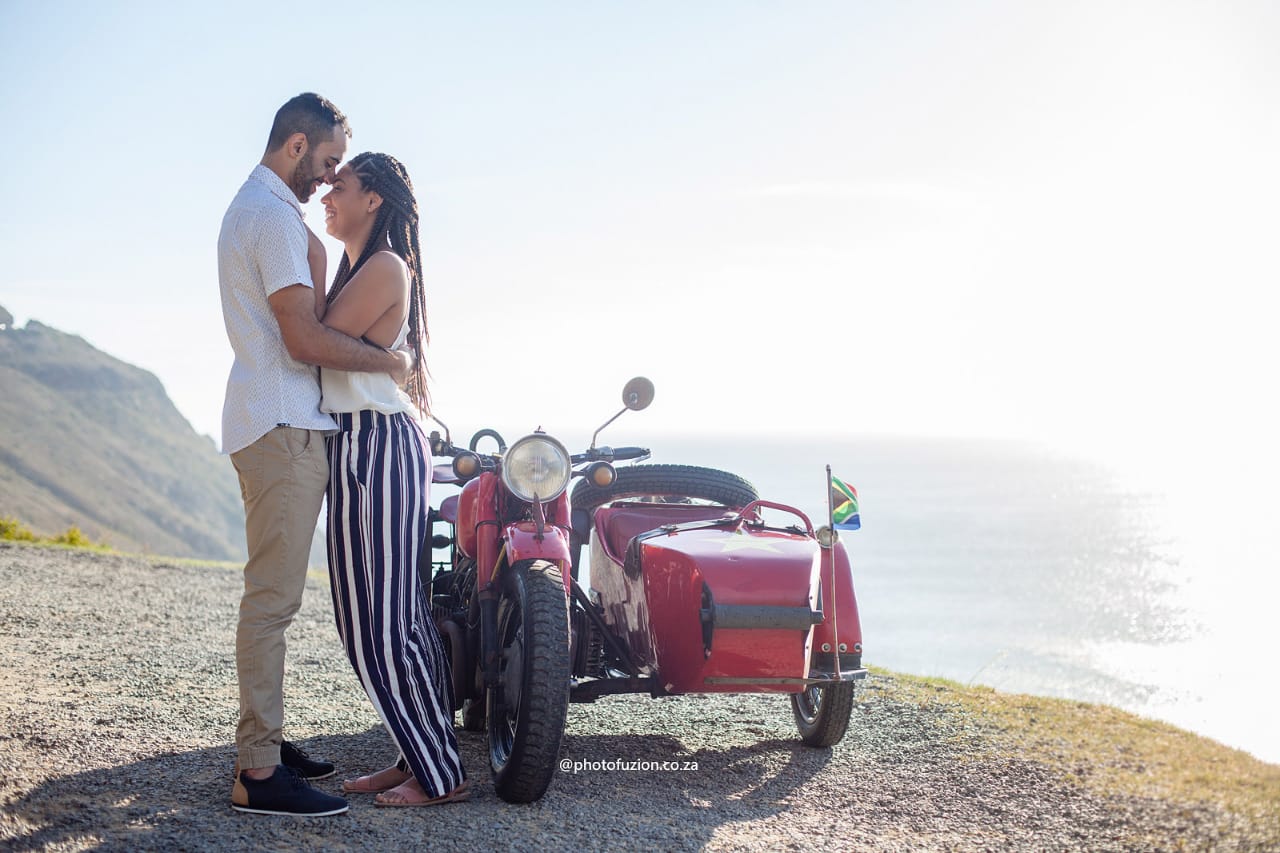 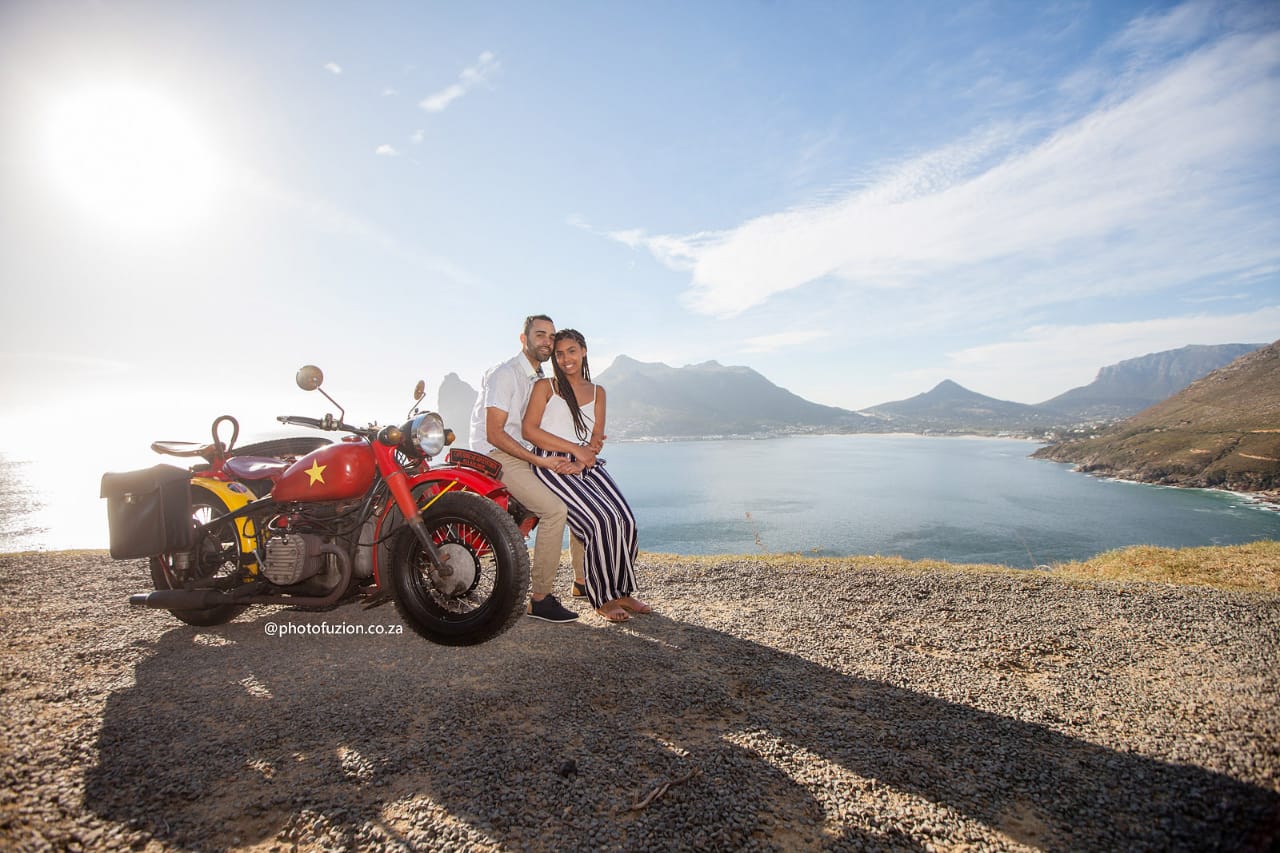 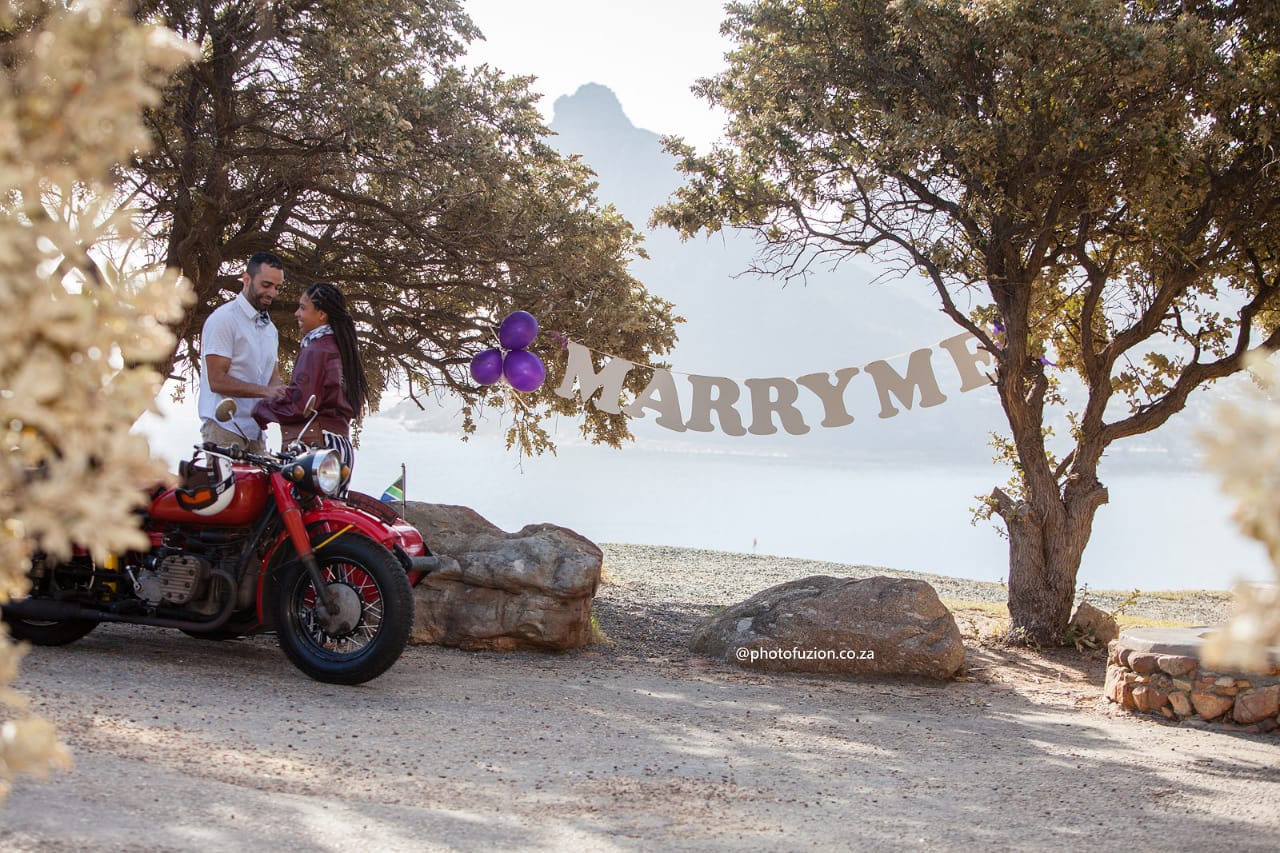 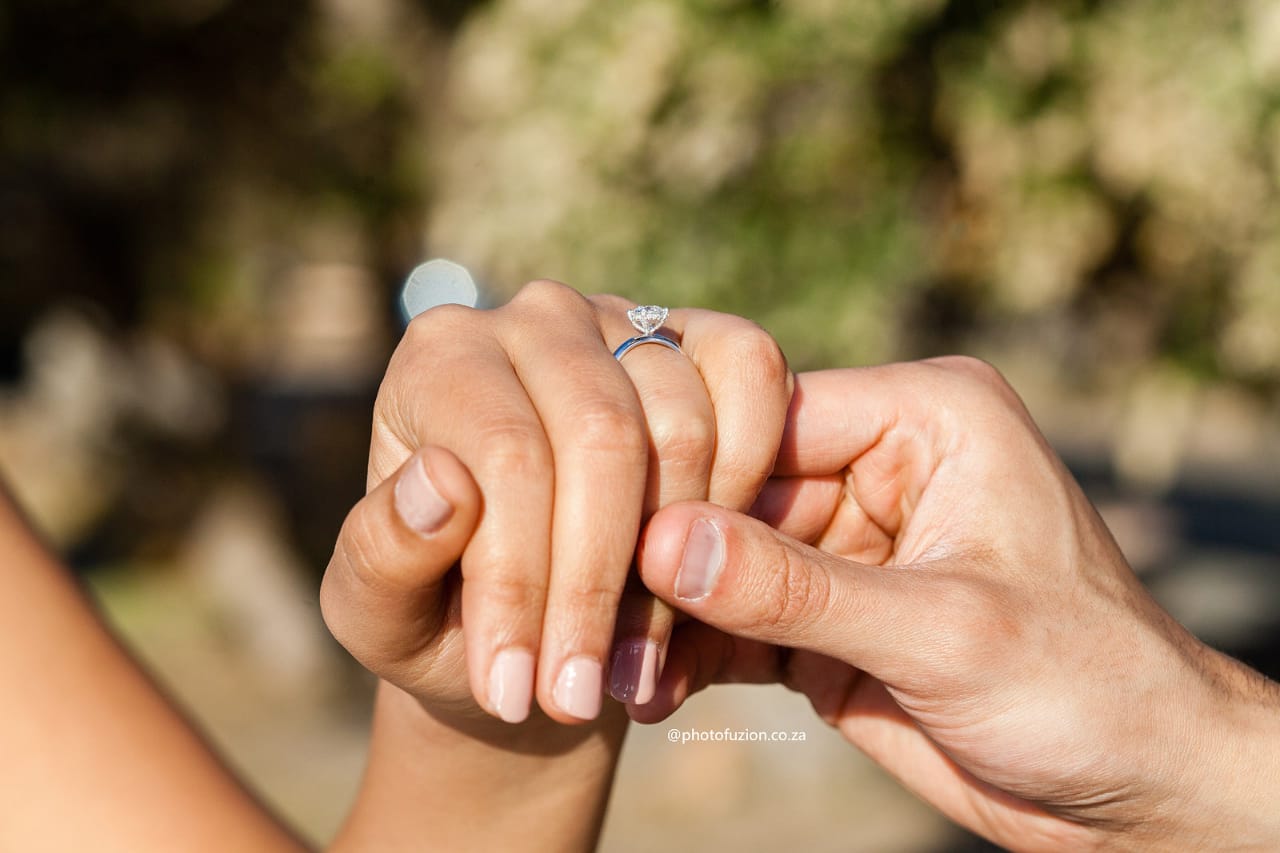 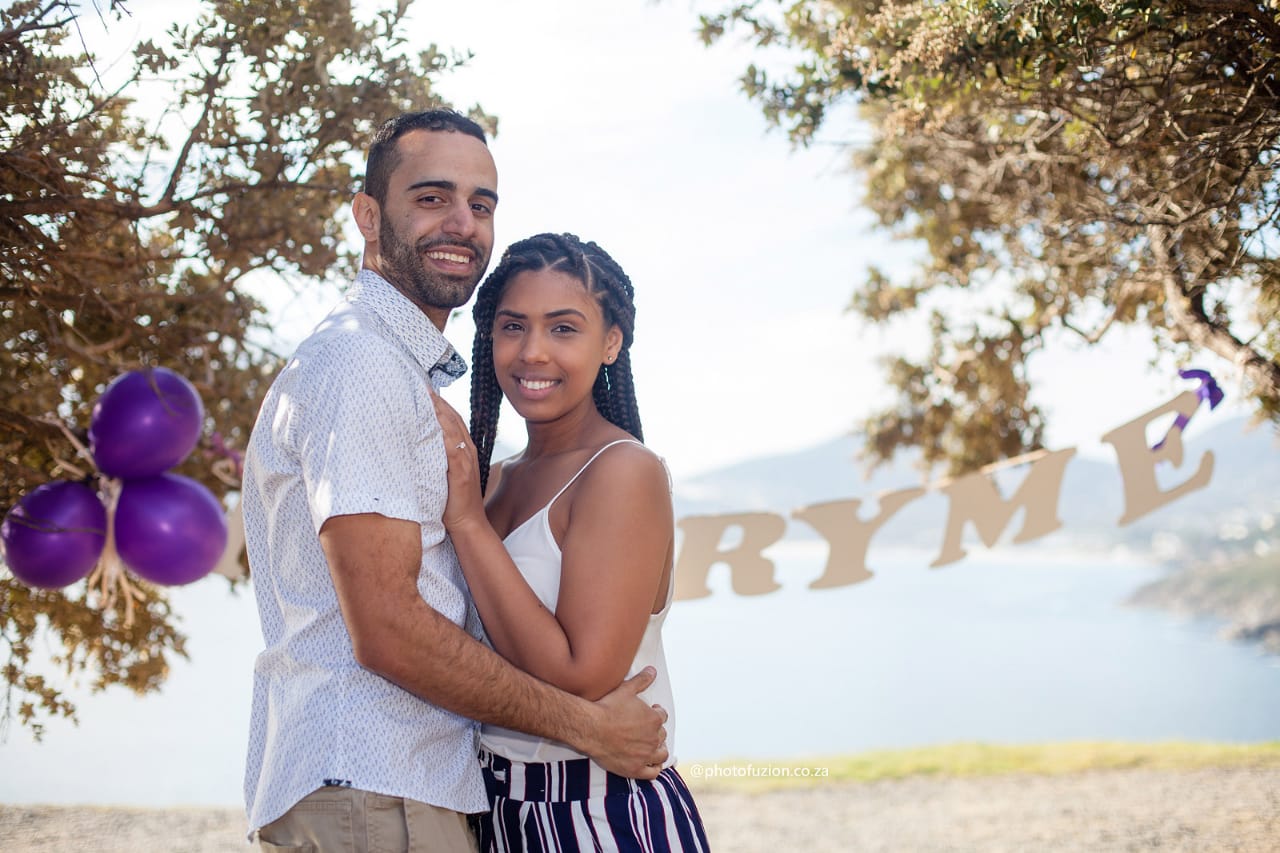 For more fun pproposal ideas, look at our Landmark packages.