On the 6th July 2019, Nick asked Sandy-Lee to marry him and she said YES! Nick and Sandy have been dating for two and a half years and Nick knew her so well that he planned a super romantic treasure hunt for her that morning! She would go on the treasure hunt with her sister and soon to be sister-in-law and they would eventually find Nick and our set up 😊

The morning started with Sandy being handed her first clue and a beautiful single red rose. The clue took her a foot massage with the sisters. Then the next clue took her to breakfast and then on to a secret destination that meant something to the two of them. Then it was off to their first date spot for margaritas before they jumped in the car to arrive at The Residence Boutique Hotel. Nick and Sandy had not spoken the whole day and Nick was anxiously pacing up and down waiting for Sandy to arrive!

We had set up the private Boat Lounge room at the hotel with a romantic table for four, a canvas with a picture of the two of them, Marry Me sign, a trail of rose petals and bouquets of her favourite flowers and our lovely violinist, Kristel of Cherry Pill. Nick had requested a list of romantic songs for Kristel to play but specifically for Train’s Marry Me to play during the proposal.

We collected Sandy and her sisters from the car park and led them to the Boat Lounge. She was so nervous walking in and instantly broke into a smile when she saw him. It was so romantic, and the sisters got to witness the whole thing with not a dry eye in the house. They then all enjoyed a lovely lunch to celebrate!

Nick and Sandy-Lee Treasure Hunt Proposal was AWESOME! Nick, you were so meticulous in your planning and it was a pleasure to work with you! We wish you all the best as you plan the wedding. 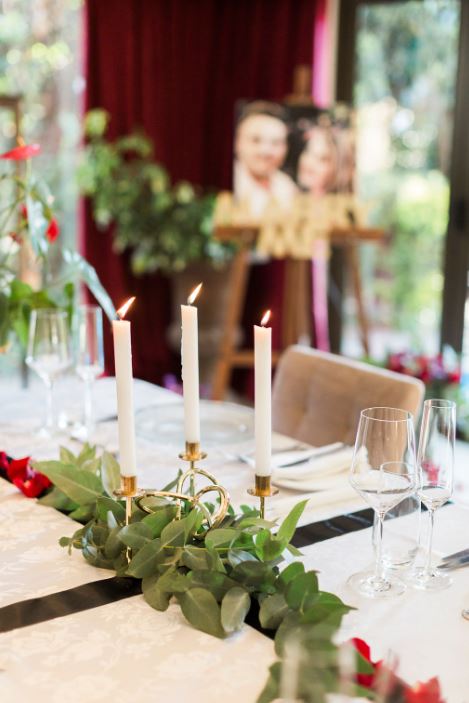 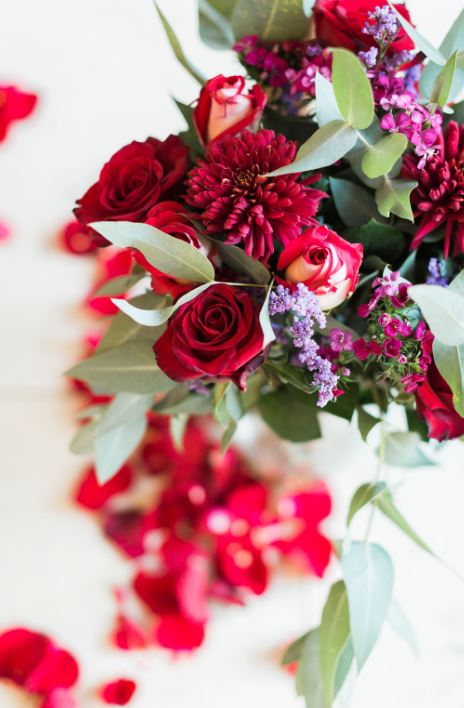 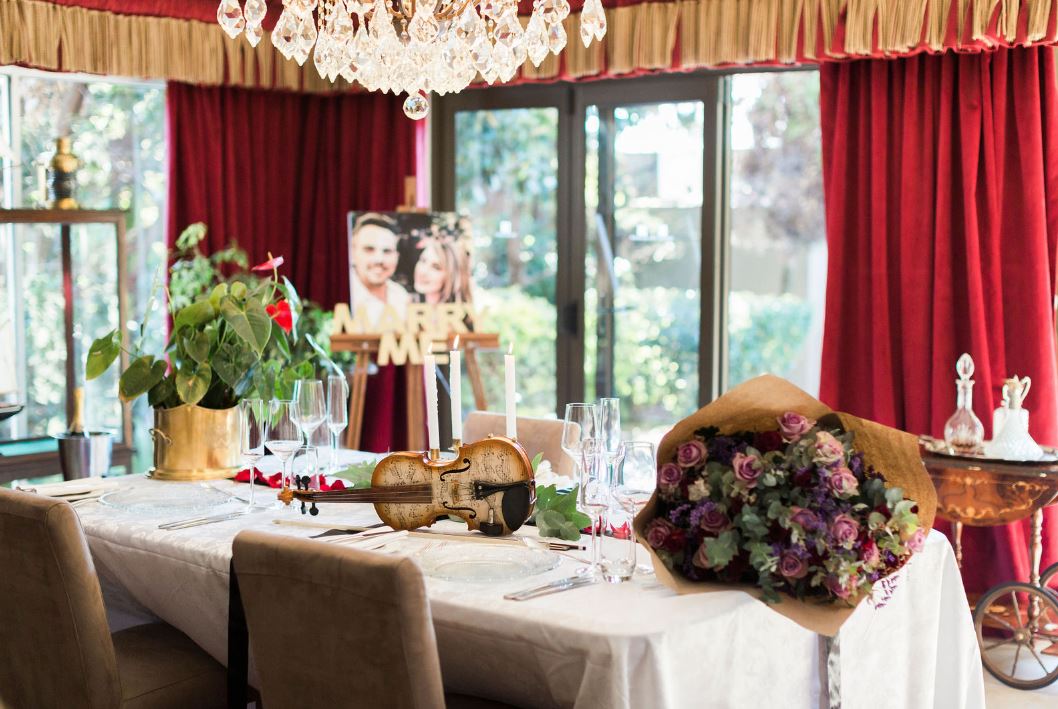 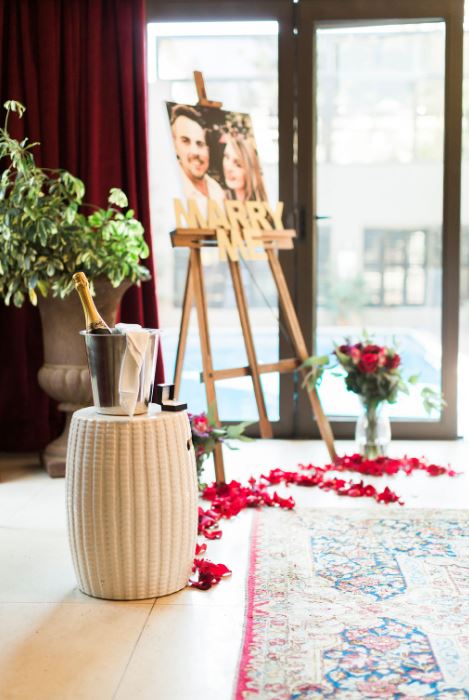 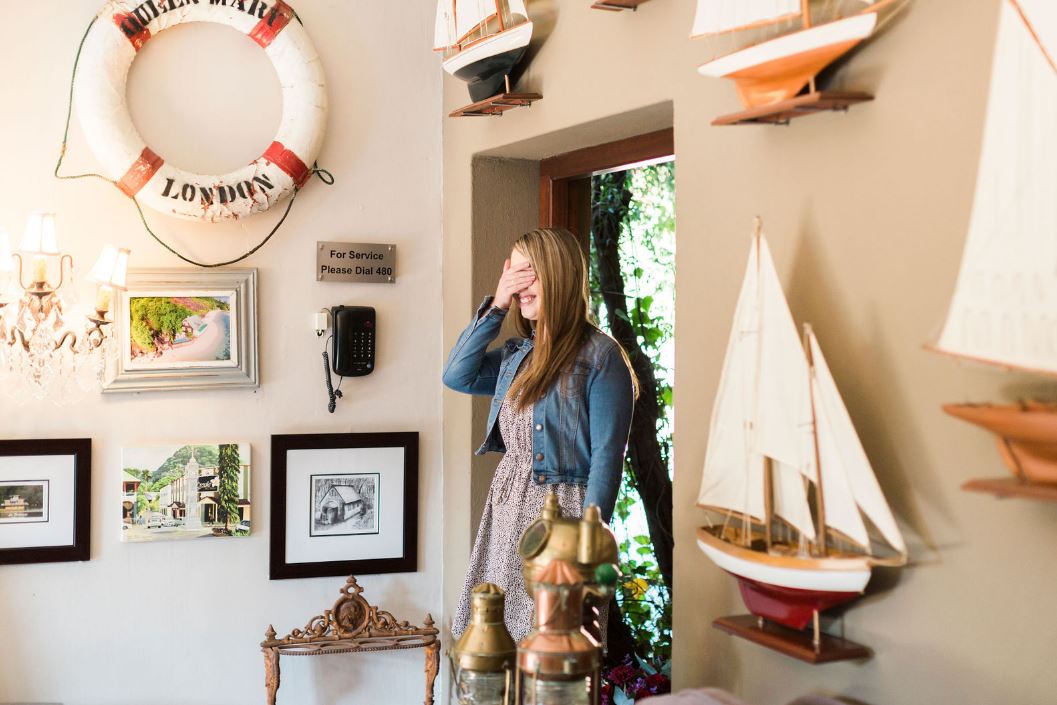 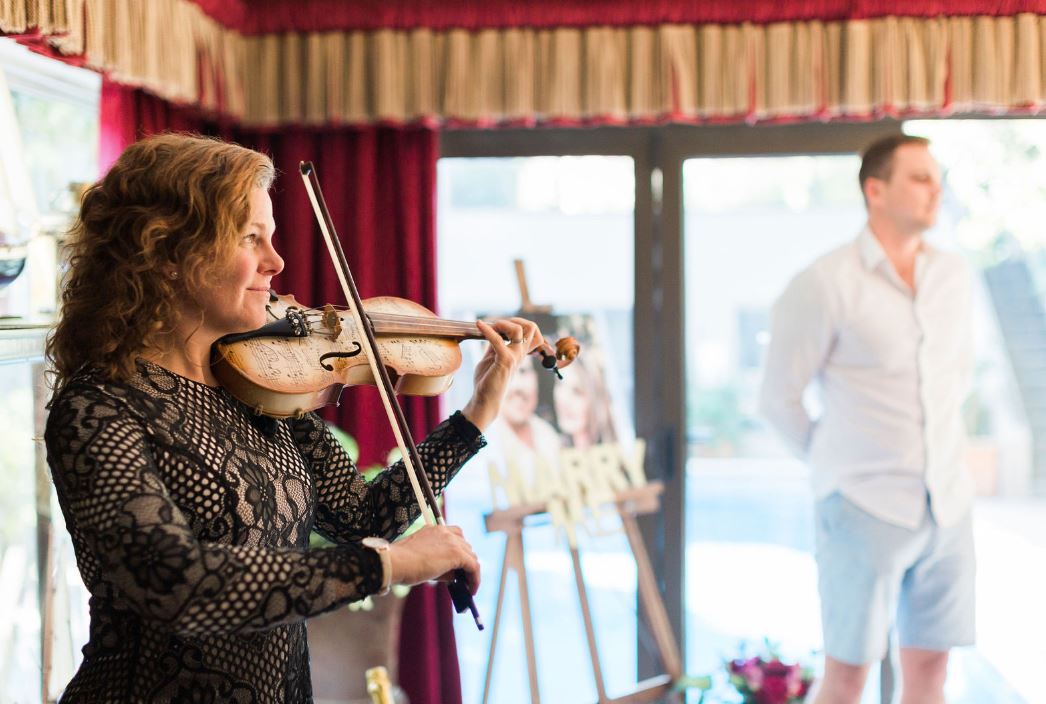 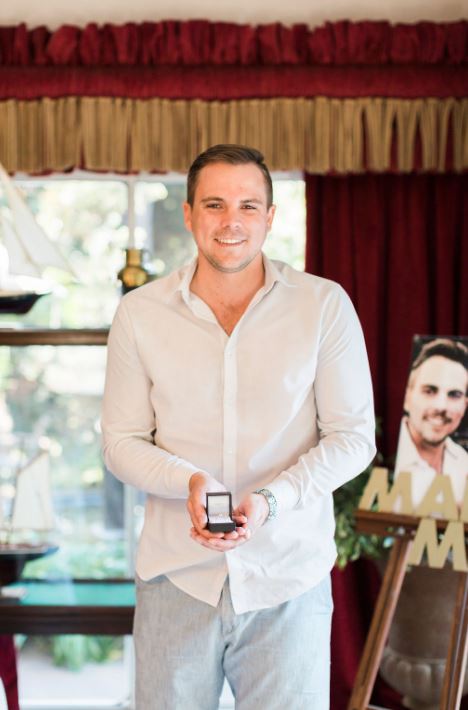 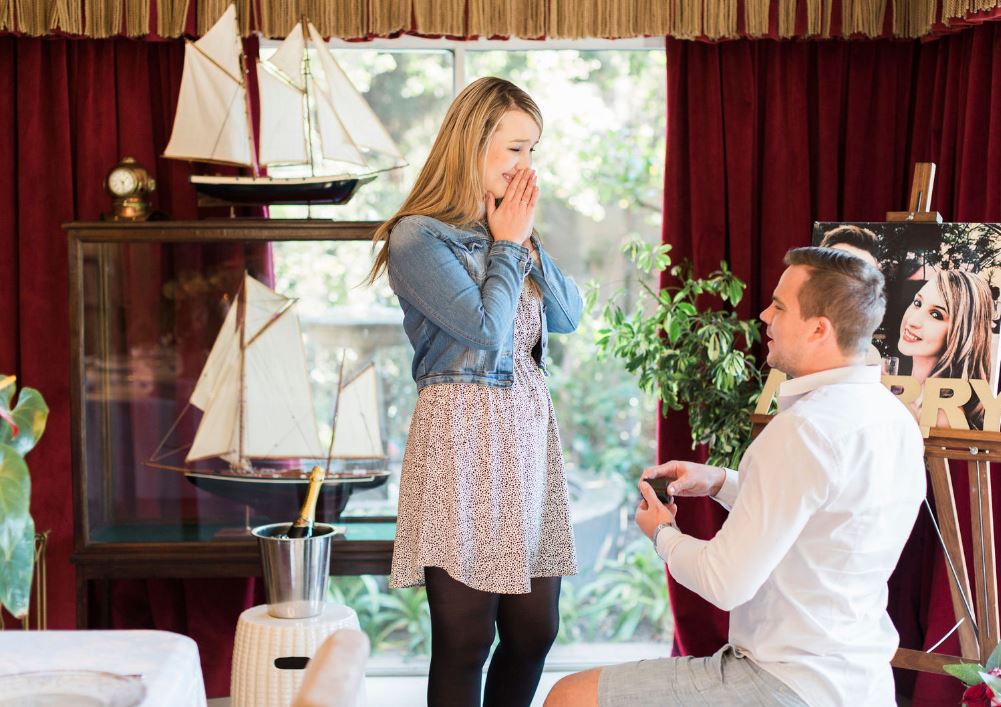 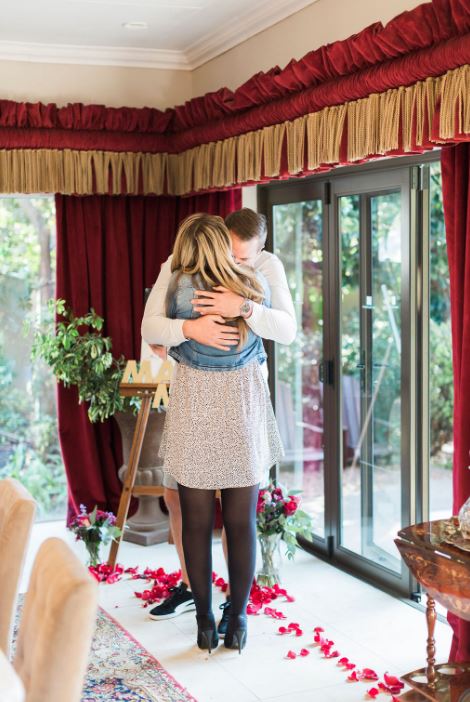 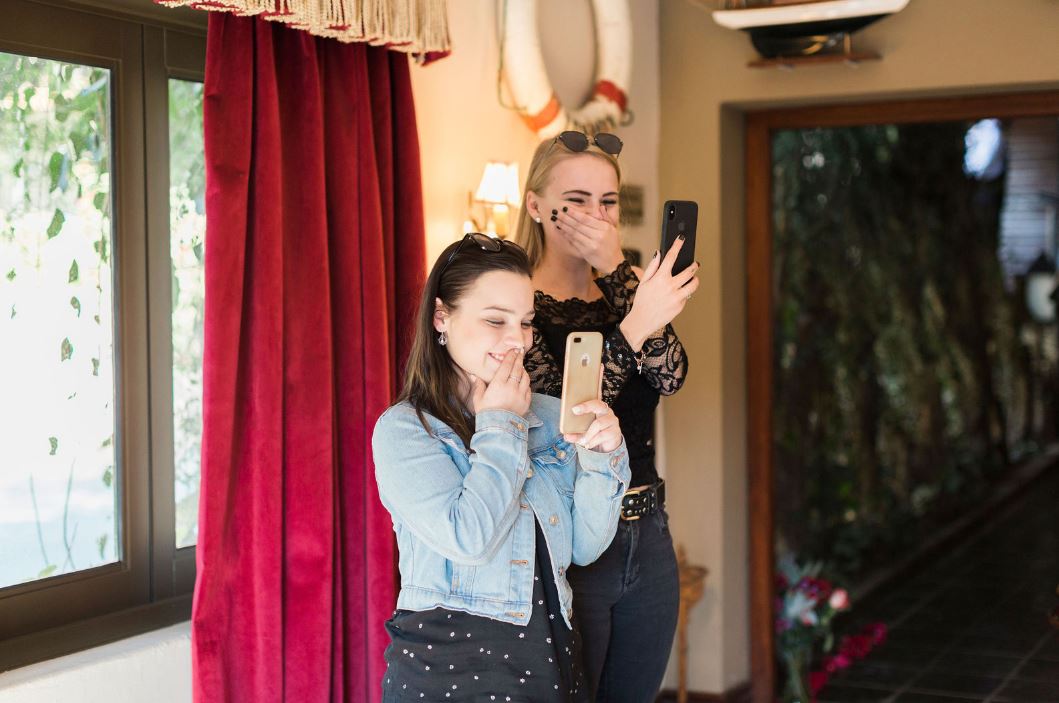 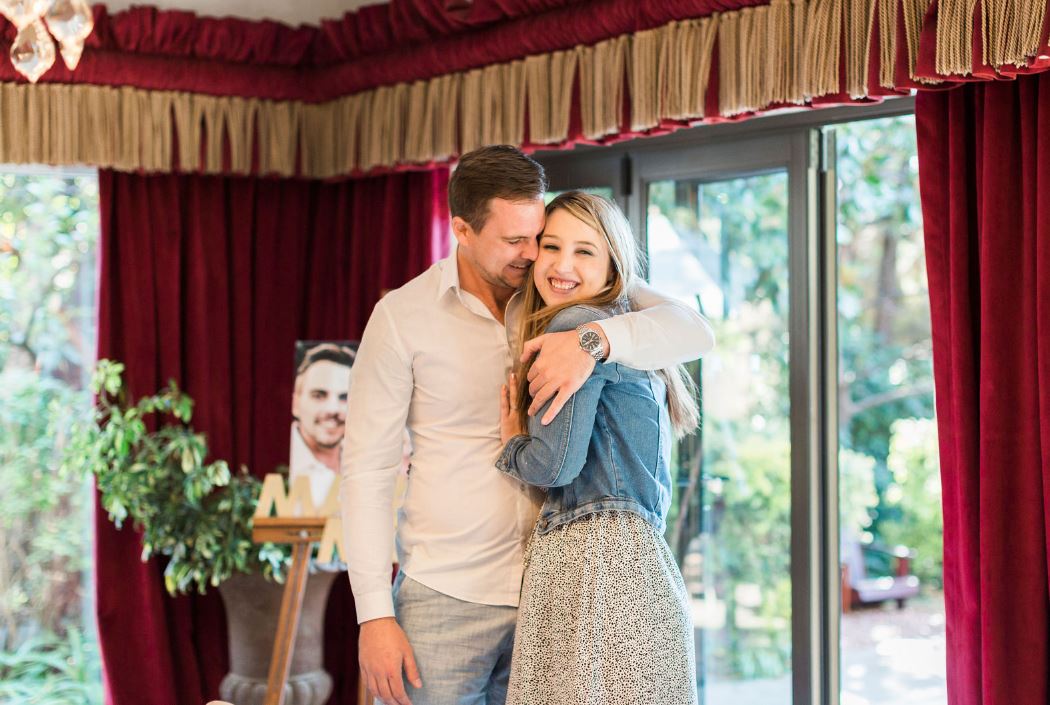 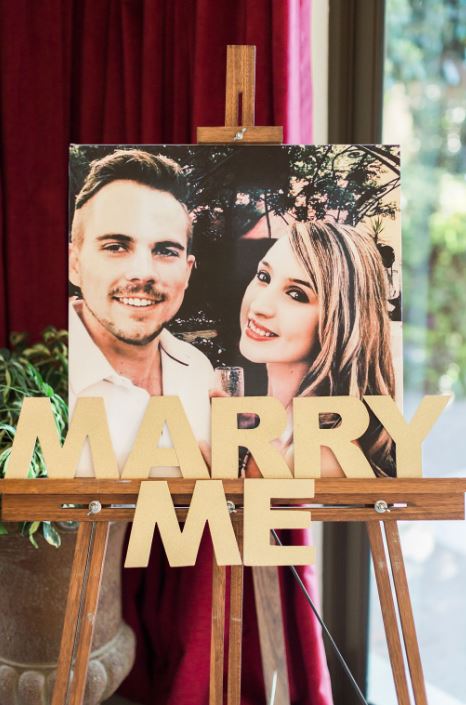 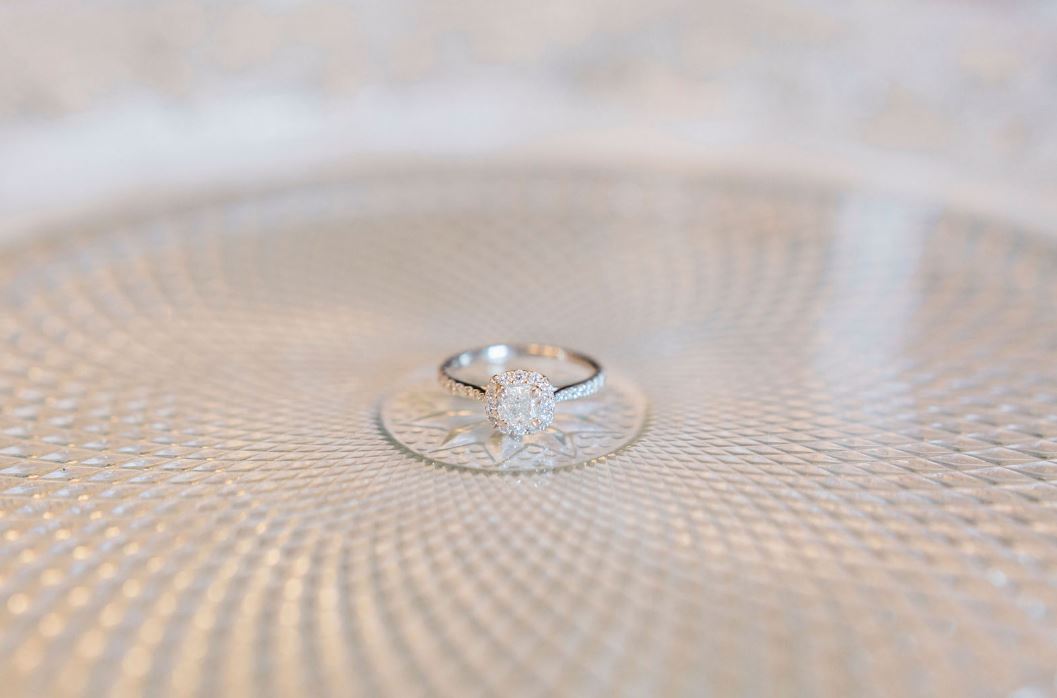 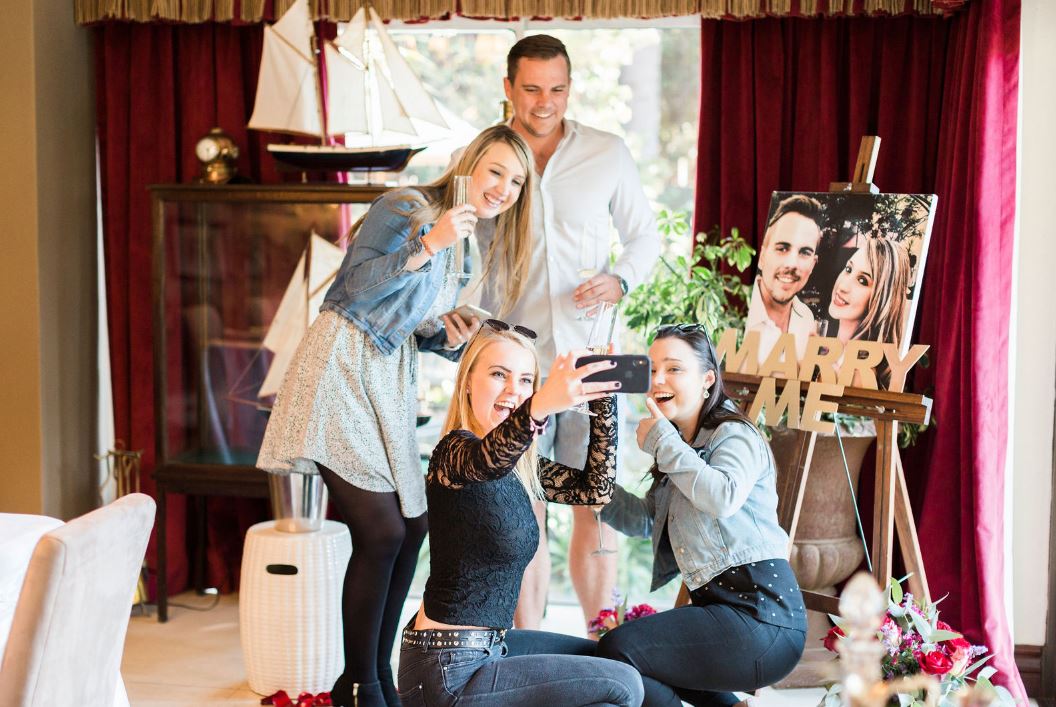