On the 1st of March 2020, Kershan and Melissa got engaged on a beautiful 55 Ft luxury catamaran yacht while sailing on crystal clear blue waters off the Durban Coast line.

When Kershan contacted us to co-ordinate his secret surprise marriage proposal to his girlfriend Melissa, he knew that he wanted the setup to be on a private yacht charter for reasons personal to them as a couple. The date was set for Friday 28 February and all the arrangements were made, the yacht was booked, the bouquet of roses was ordered from the florist, an extensive menu comprising of distinctive cuisine was ordered from a renowned chef, the photographer was booked and we procured a custom made photo frame as a personal gift from Kershan to Melissa. This is such a special keepsake for them from this very special occasion in their lives.

We were watching the weather very closely the whole week but unfortunately it did not play along and at 6am on the day of the proposal, amid pouring rain and howling wind, we collectively made a very wise decision to postpone the proposal to Sunday 1st March. All our wonderful service providers were incredibly accommodating in ensuring that everything for Kershan and Melissa happened perfectly 48 hours later.

Sunday was a stunningly beautiful morning with clear skies and sunshine and no wind or rain in sight. We arrived at the harbour early in the morning while the crew were preparing the vessel to ensure that we had everything timelessly set up and ready for the client’s arrival. As we saw them approaching, we played their favourite love song that Kershan had requested. They took a seat on deck and were offered an ice-cold cocktail to enjoy as we set sail.

Once Kershan signalled to us that he was ready, we once again played their favourite song and he went down on bended knee to ask Melissa to marry him – she said YES!!

Stephen had been discretely taking pictures of them and he now came forward to introduce himself and start their photoshoot before they came indoors to enjoy the delicious banquet laid out in the dining area for them.

Congratulations Kershan and Melissa, we wish you a lifetime of smooth sailing! 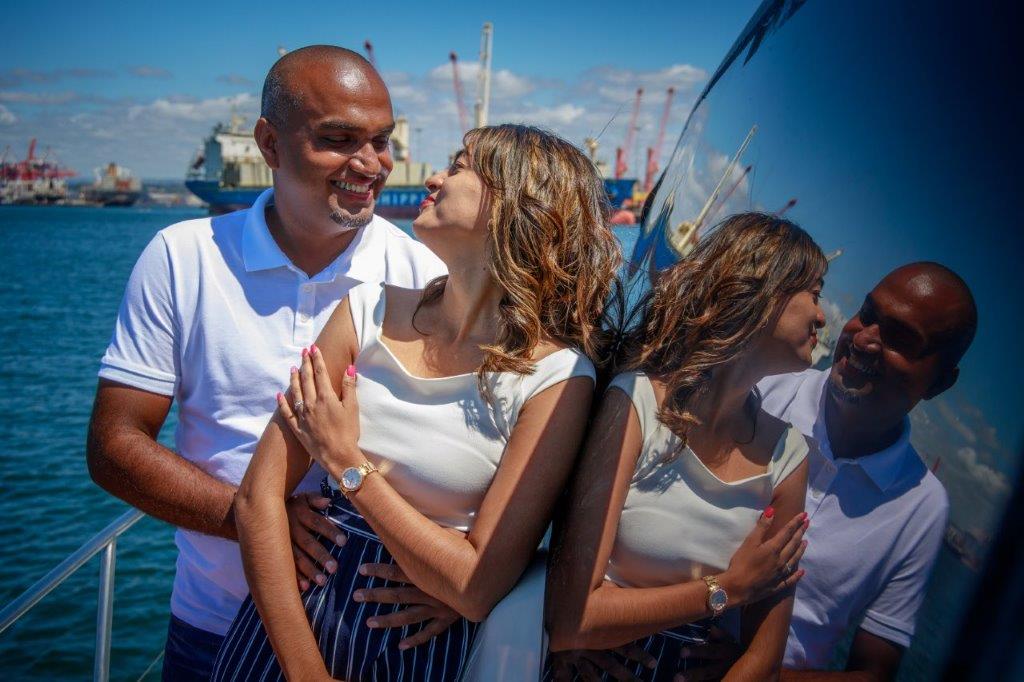 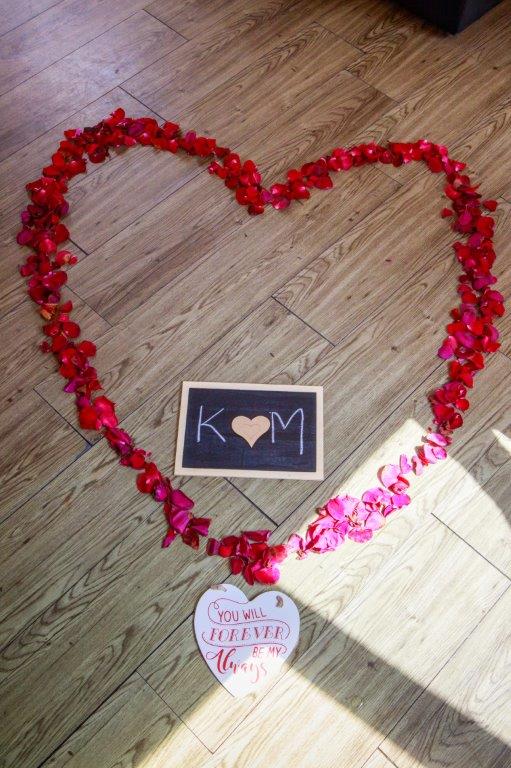 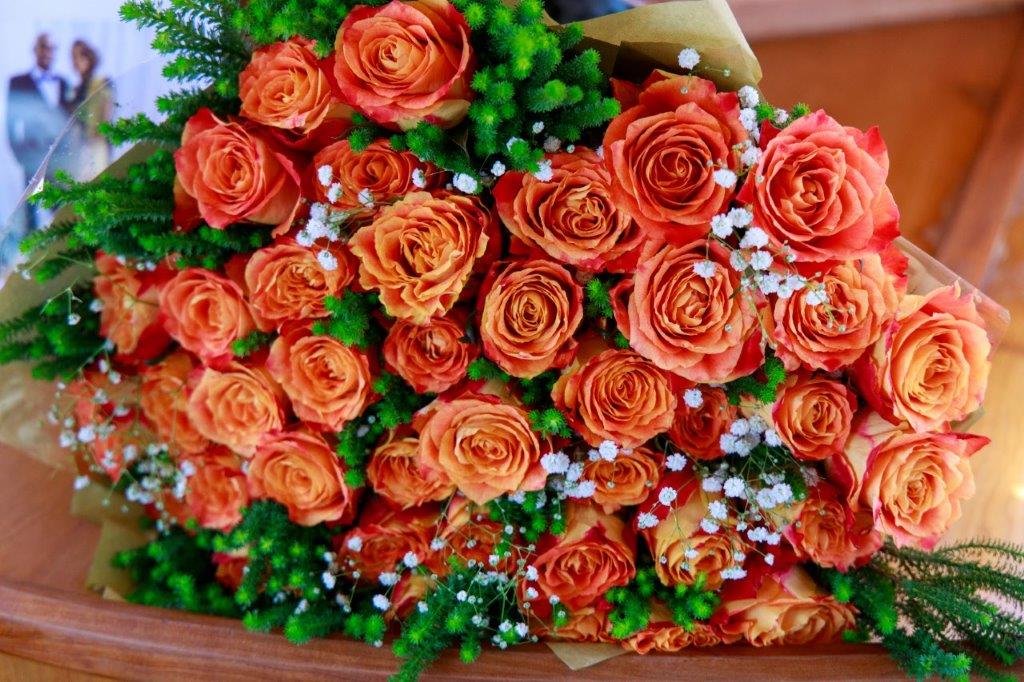 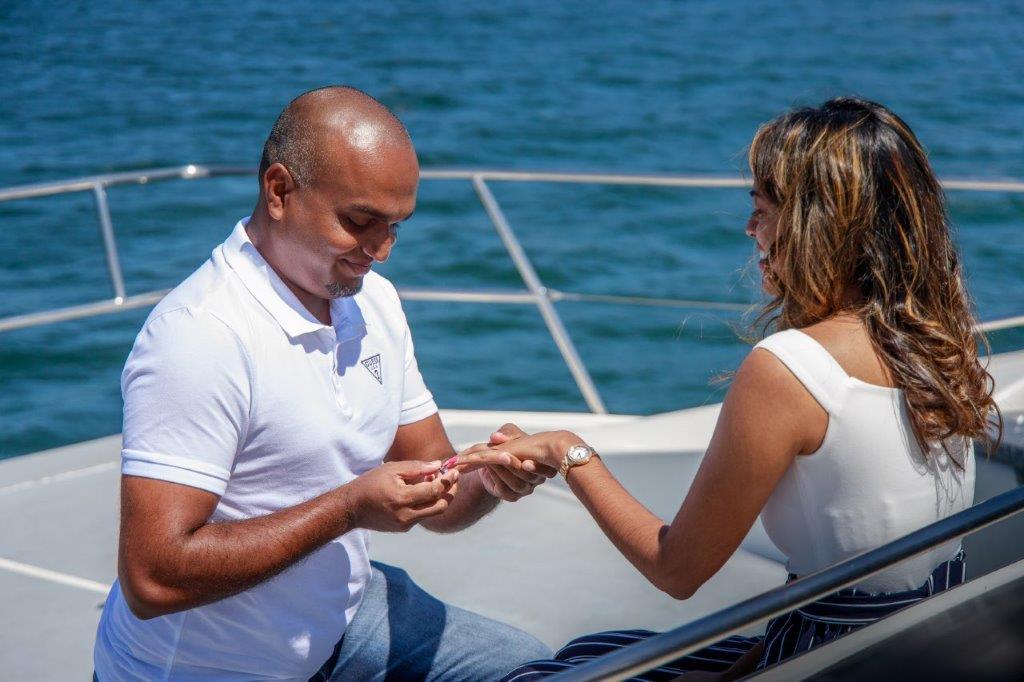 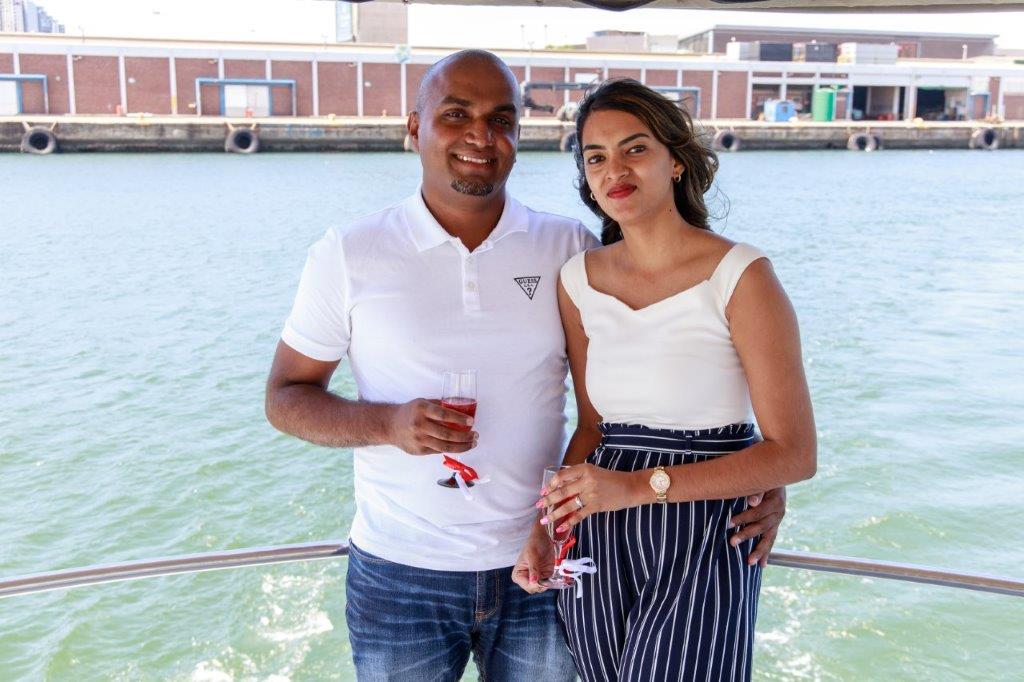 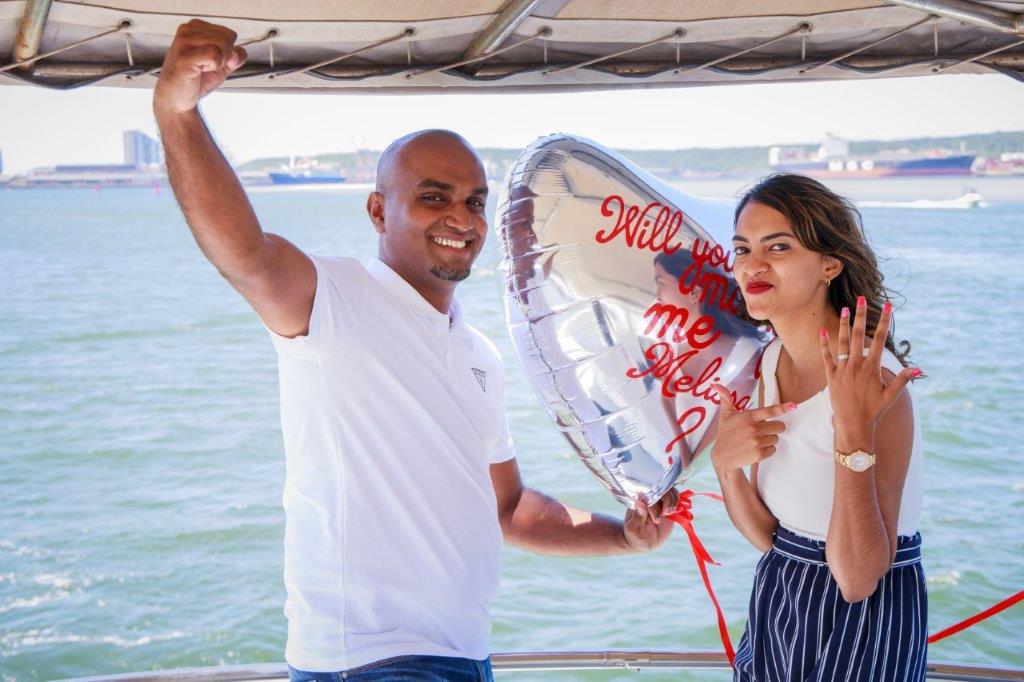 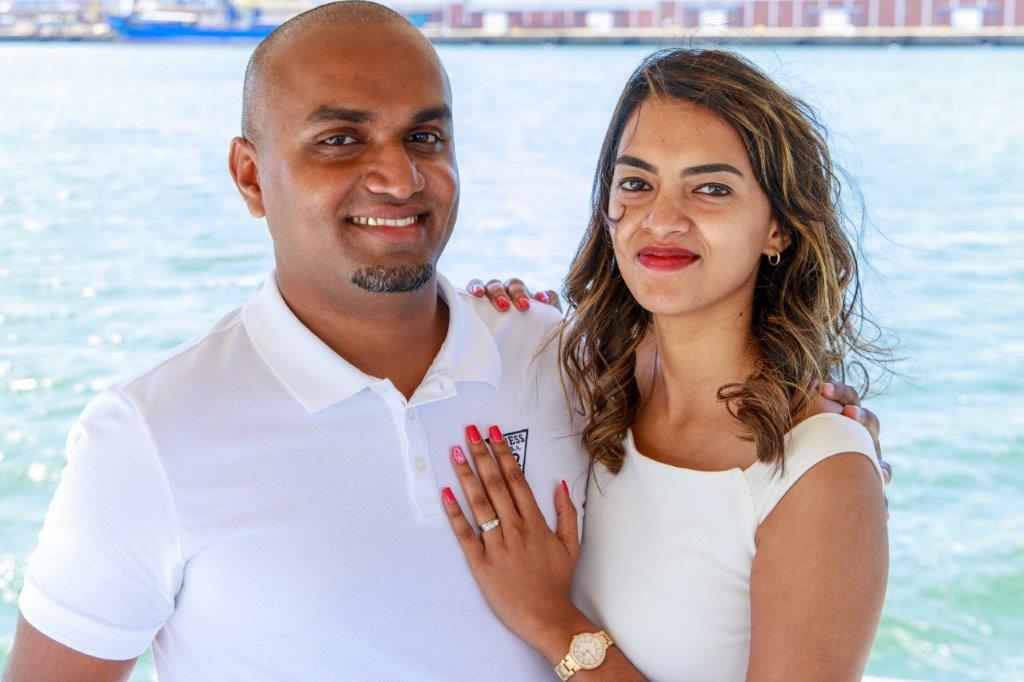 Durban yacht Marriage Proposal are very popular for a good reason, get in touch with us today.