On the 23rd March 2020, Lourens asked his beautiful girlfriend to marry him, she said yes!

Lourens and Michelle were coming to Cape Town to stay at the 12 Apostles hotel. They had explored areas of Cape Town in the days prior and this was their last lag of their trip. They had a little bit of a tough time as the dreaded Corona Virus was just beginning, thus a few places were closed. Not to worry though, Lourens got in touch with us and wanted to ensure the last few days of the holiday were amazing.

Firstly they were staying at the lovely 12 Apostles hotel, their package included a picnic on the mountain. We came onboard to assist with extra decor and adding in personal touches to the picnic area. Lourens wanted to include something very special, so we created a box filled with her favourite items. The box included bubbly, sweets, chocolates, brownies, sparklers, photos of happy memories, flowers and a small ‘marry me’ sign. The idea being, Michelle would open the box and take it home to savour the happy memories.

They arrived at the hotel, she had no idea they were staying there, as this was kept as another surprise. We walked them to the picnic spot and up the path which we placed white paper hearts. As he reached the picnic area, he dropped to one knee and asked that important question, “will you marry me?”. Apparently he was so nervous by that stage that he had planned a long speech but in the end just wanted to hear the answer “yes”.

Lesley, from Photofuzion captured their proposal on film, followed by a couples shoot. It was such a beautiful afternoon on the mountain.

We also have to mention that we LOVED her engagement ring, it was made by Marion Rehwinkel Jewellery.

Lourens and Michelle marriage proposal was really special, thank you for choosing us to assist you with this magical occasion. May your journey be filled with happiness. 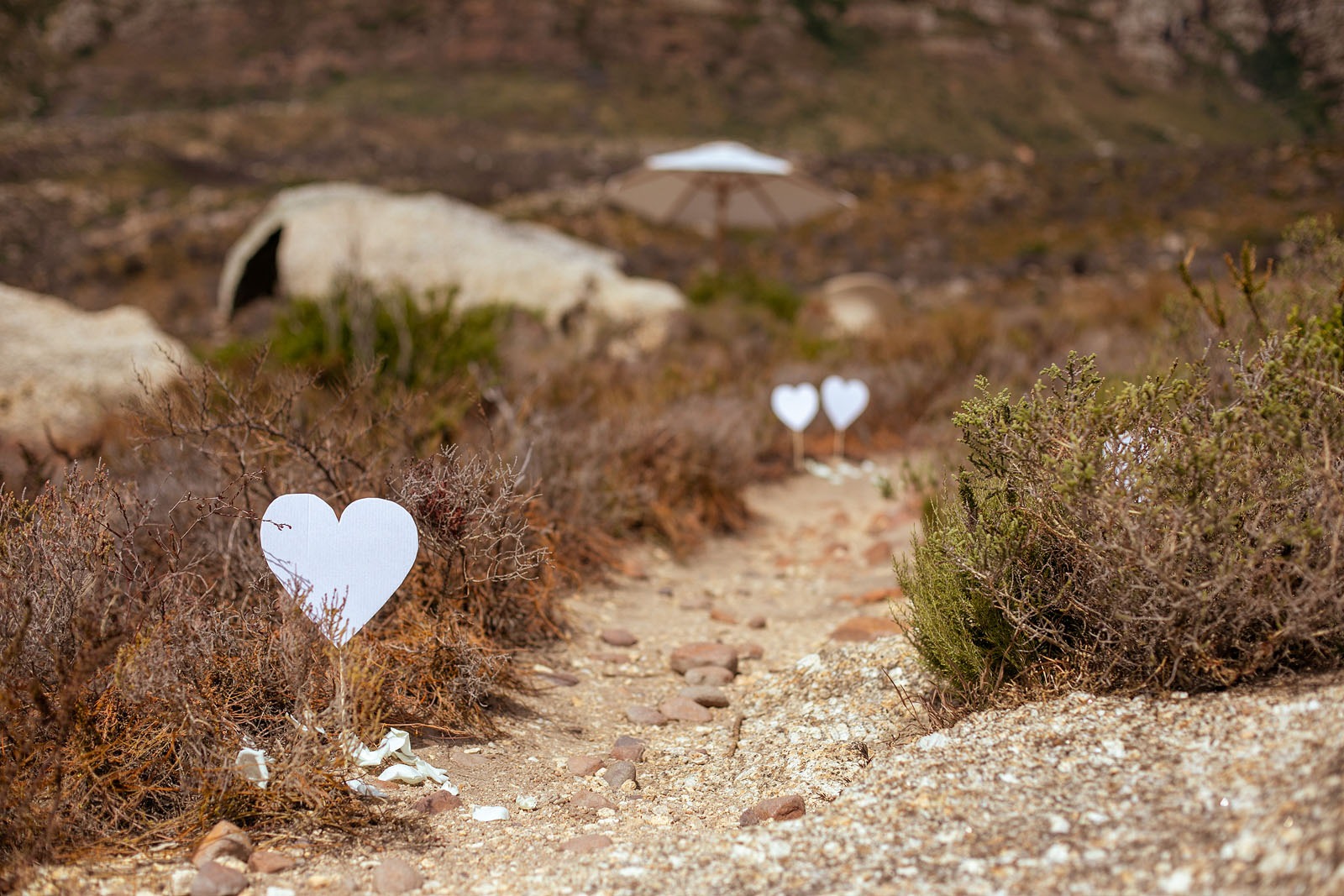 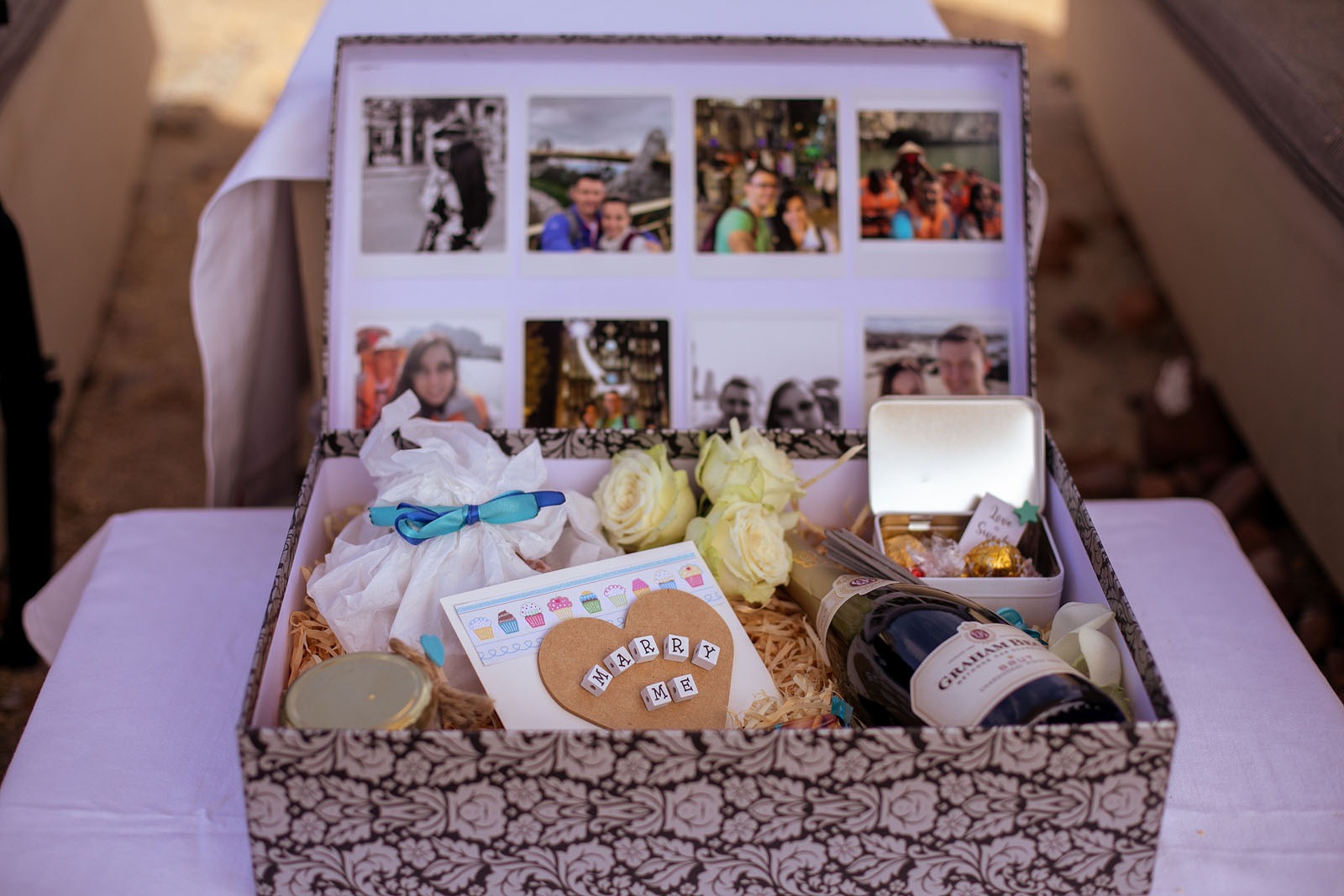 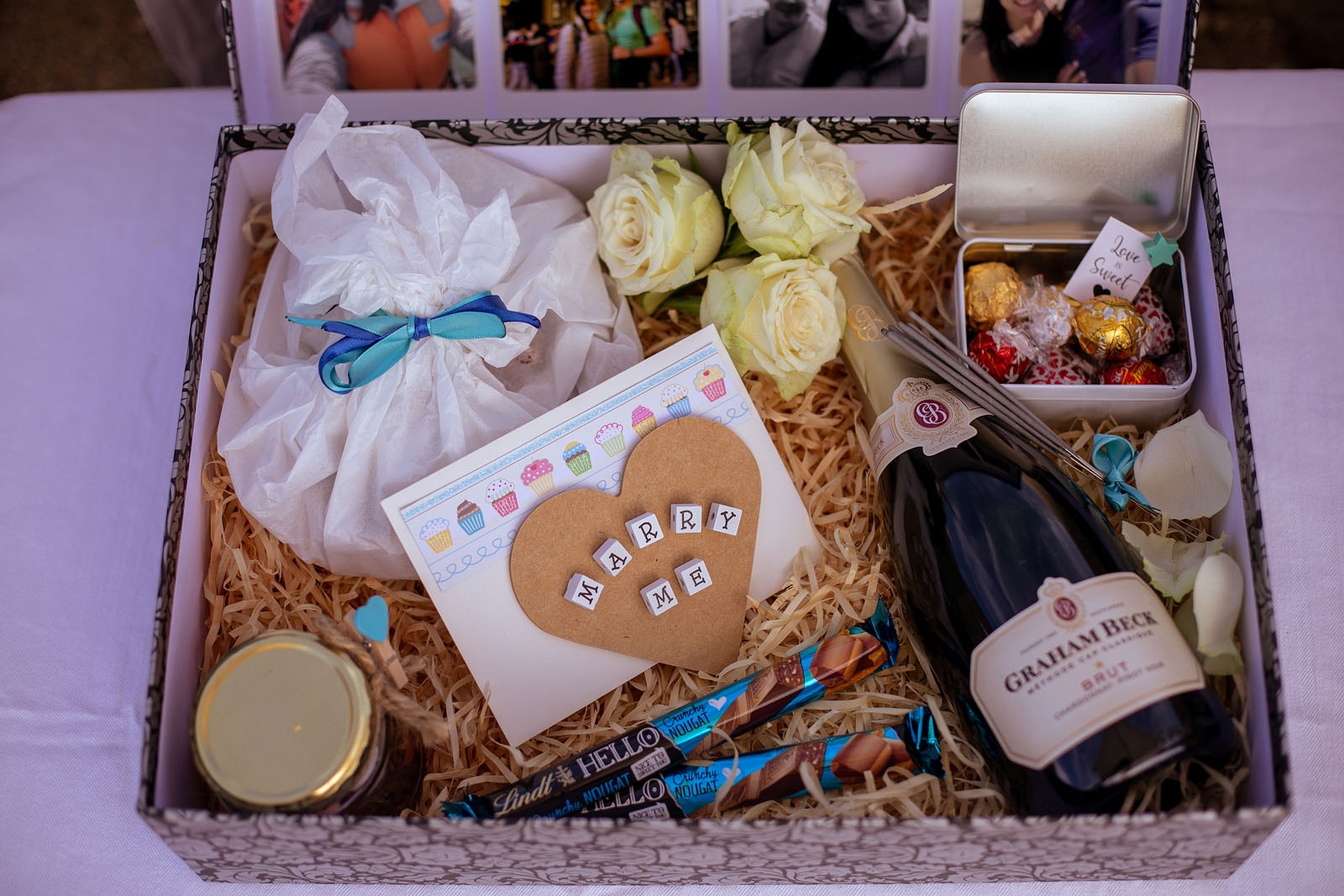 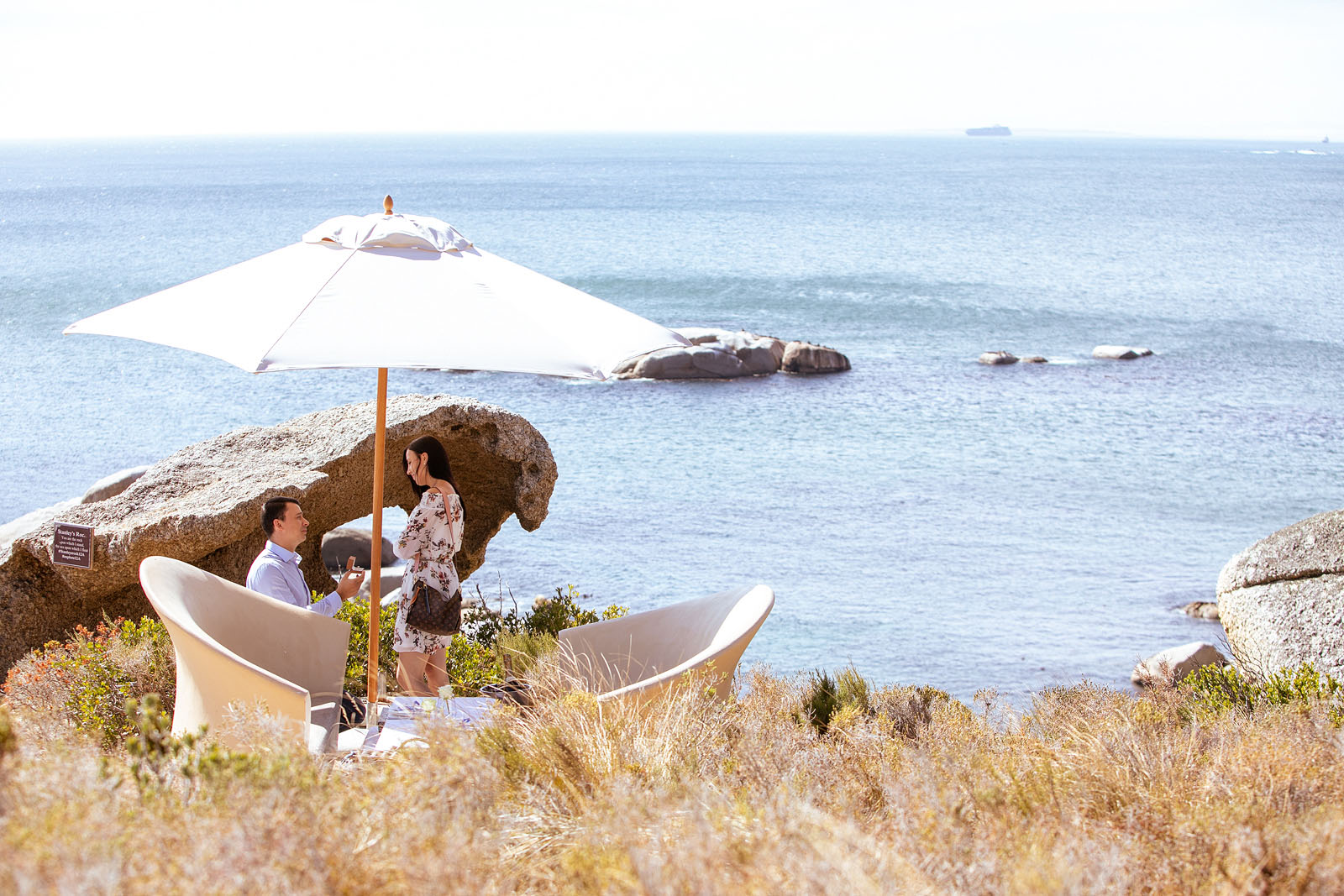 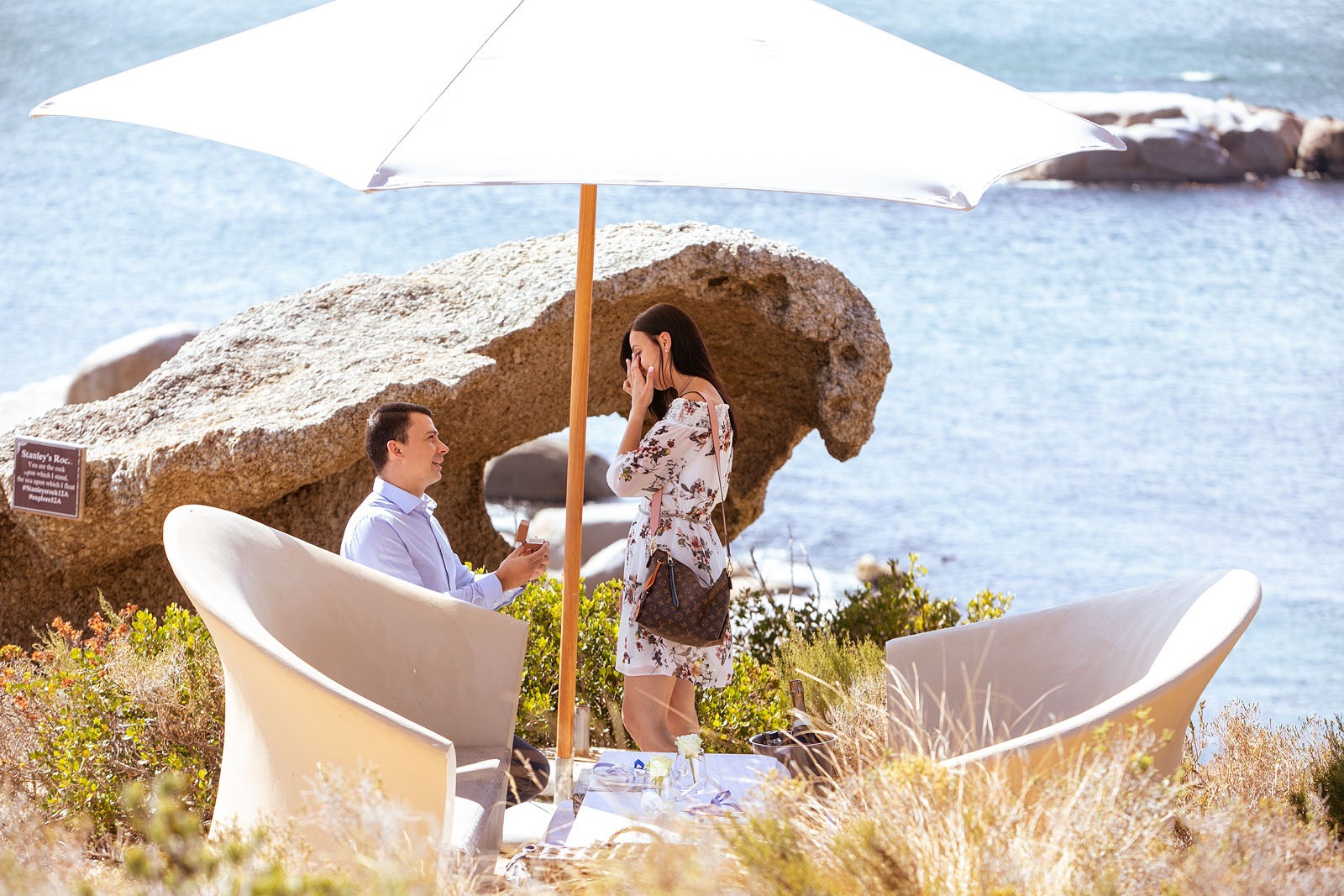 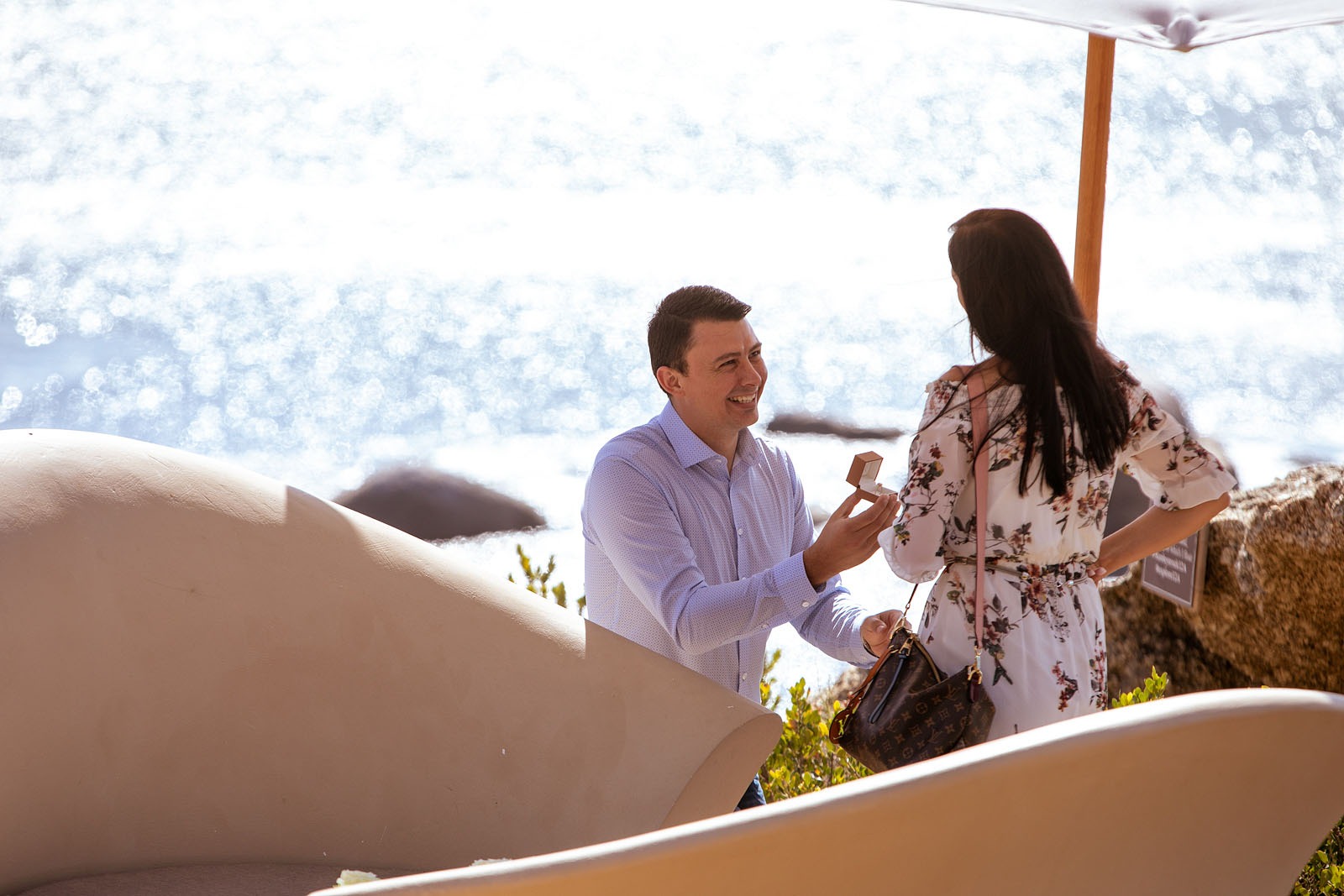 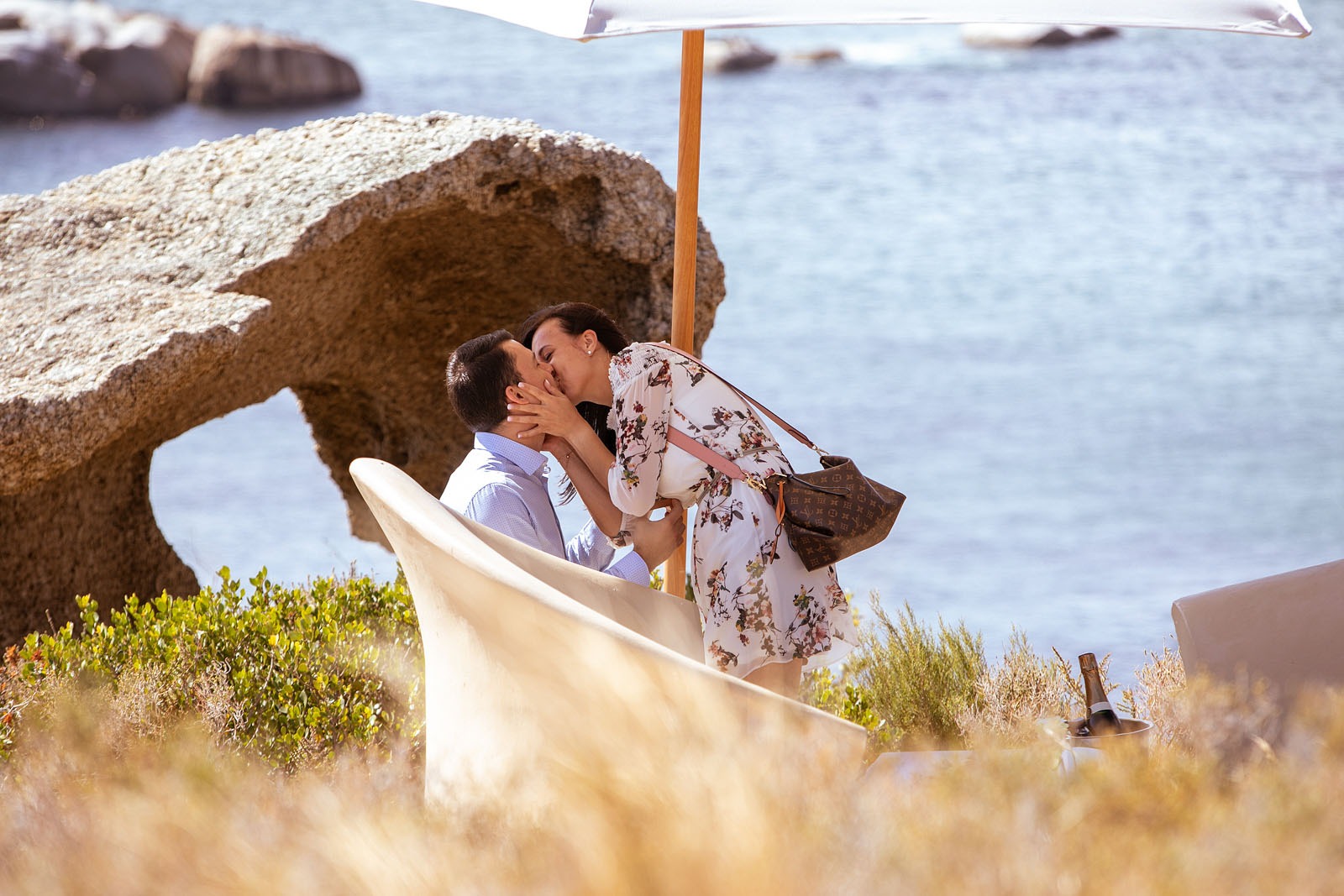 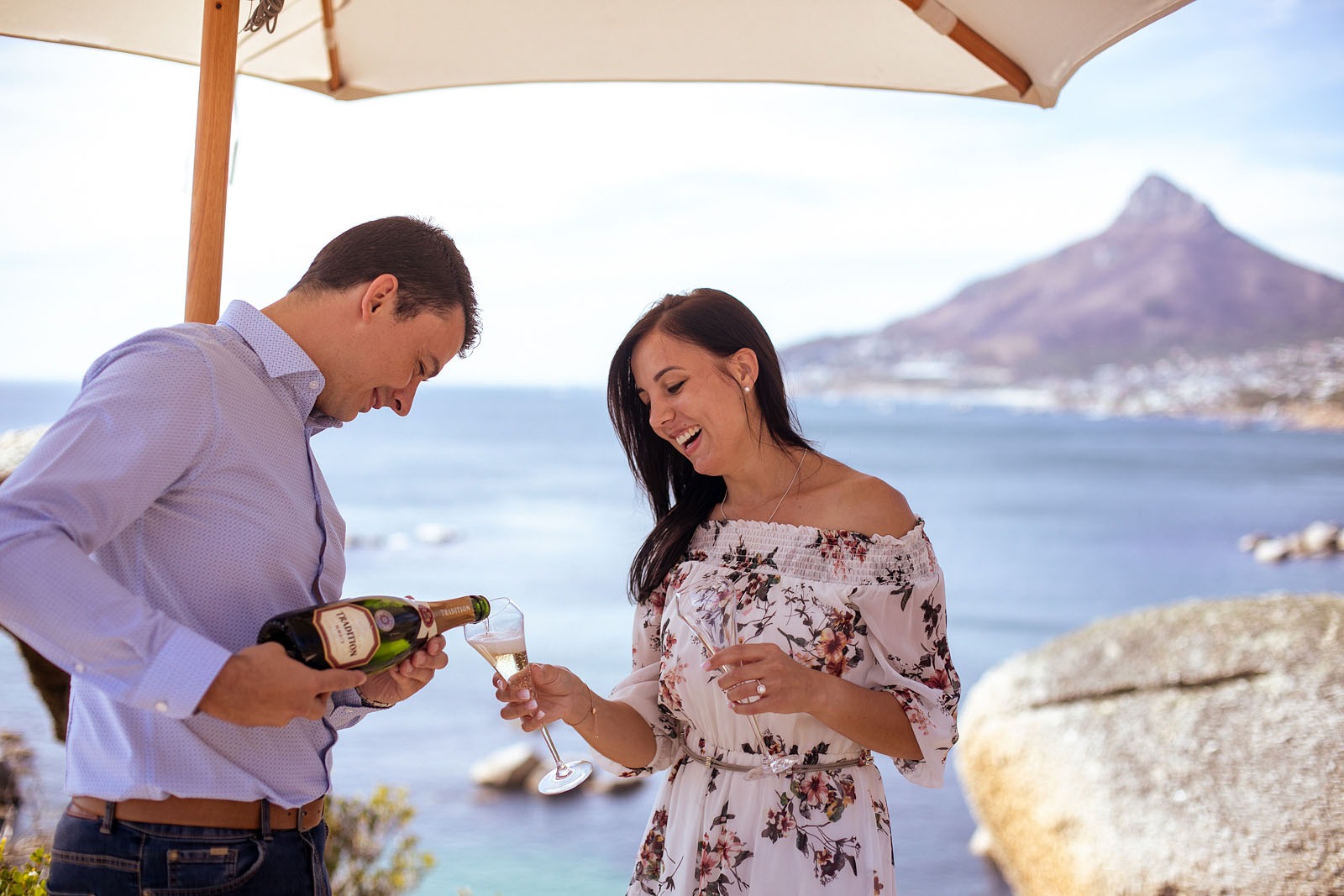 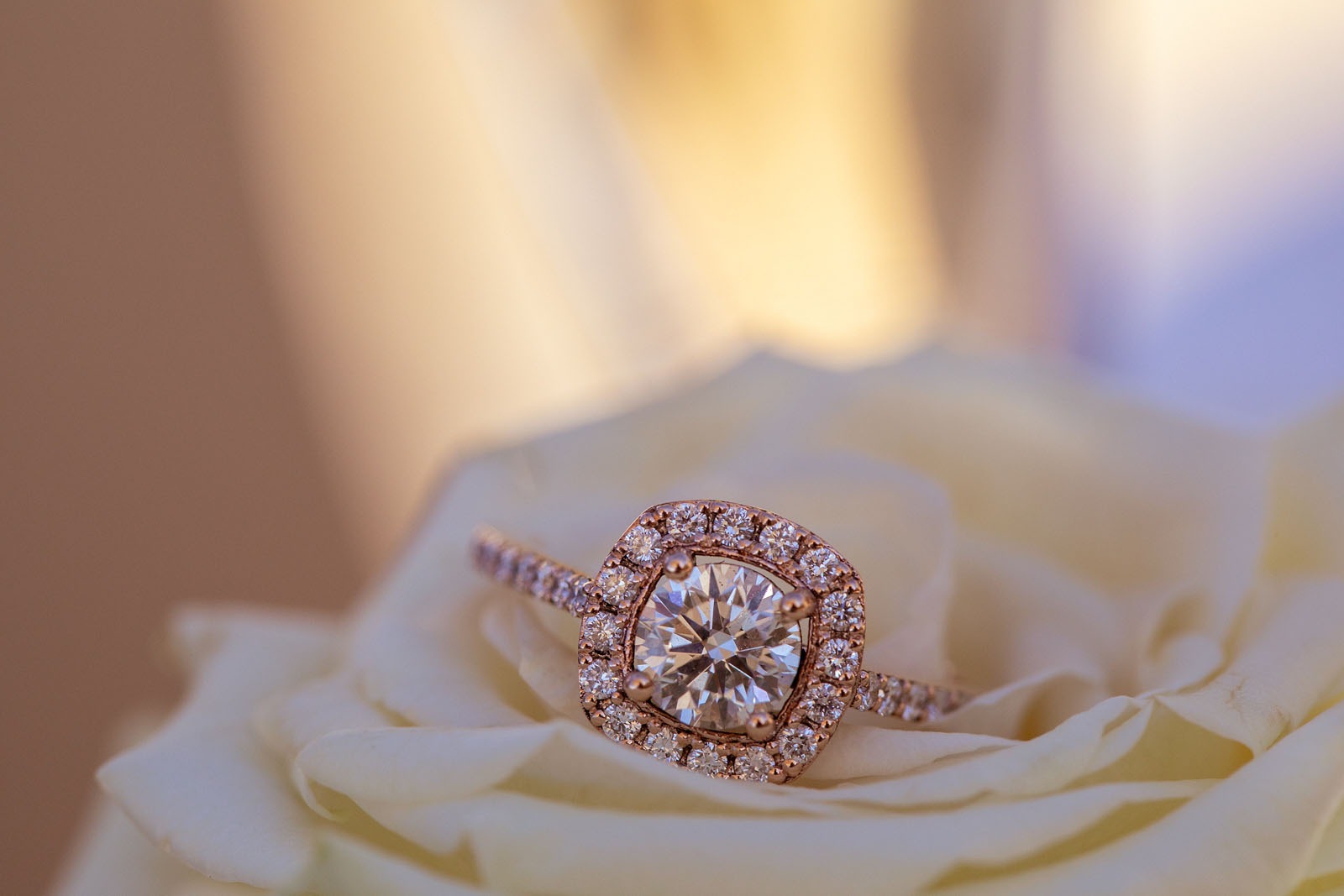 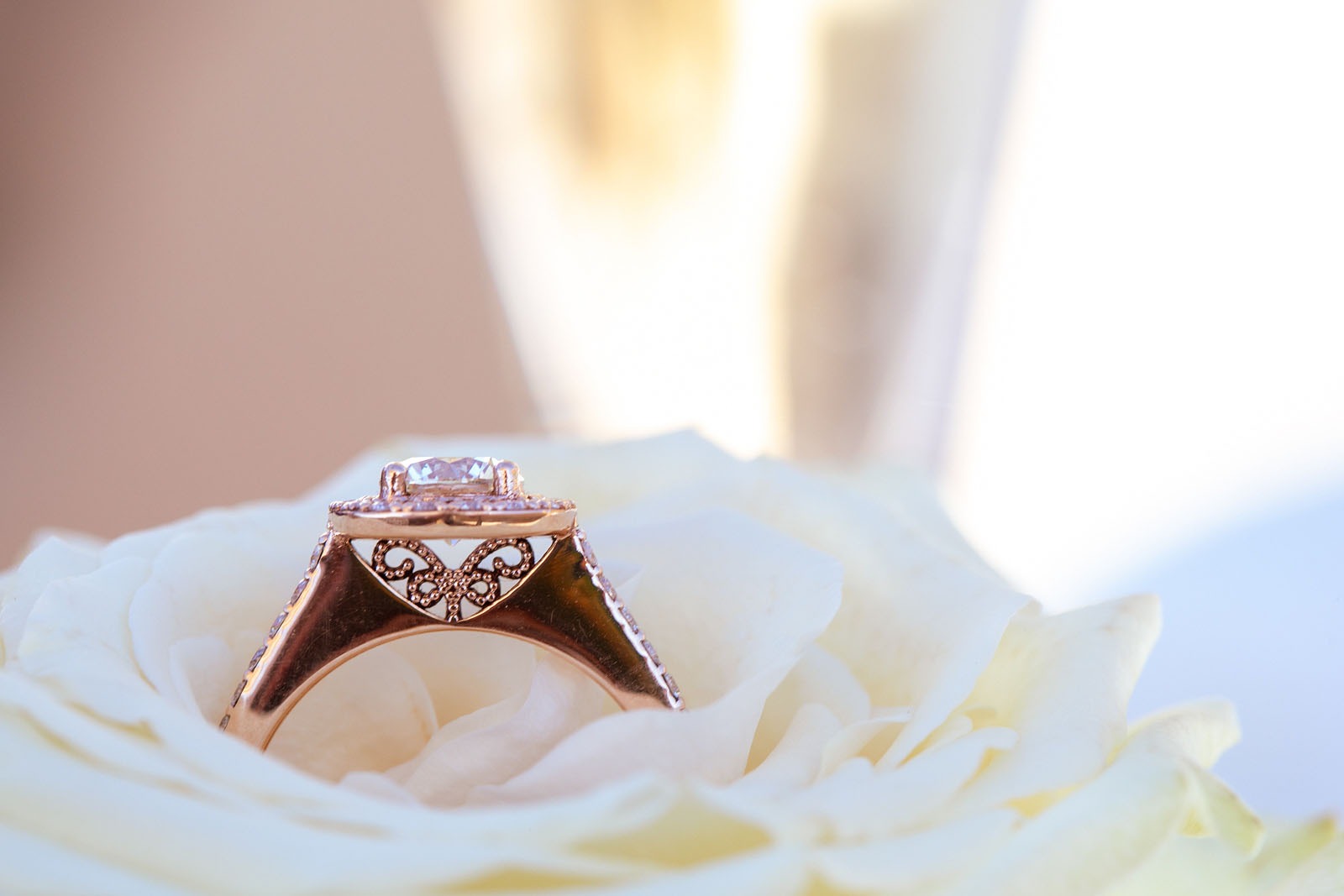 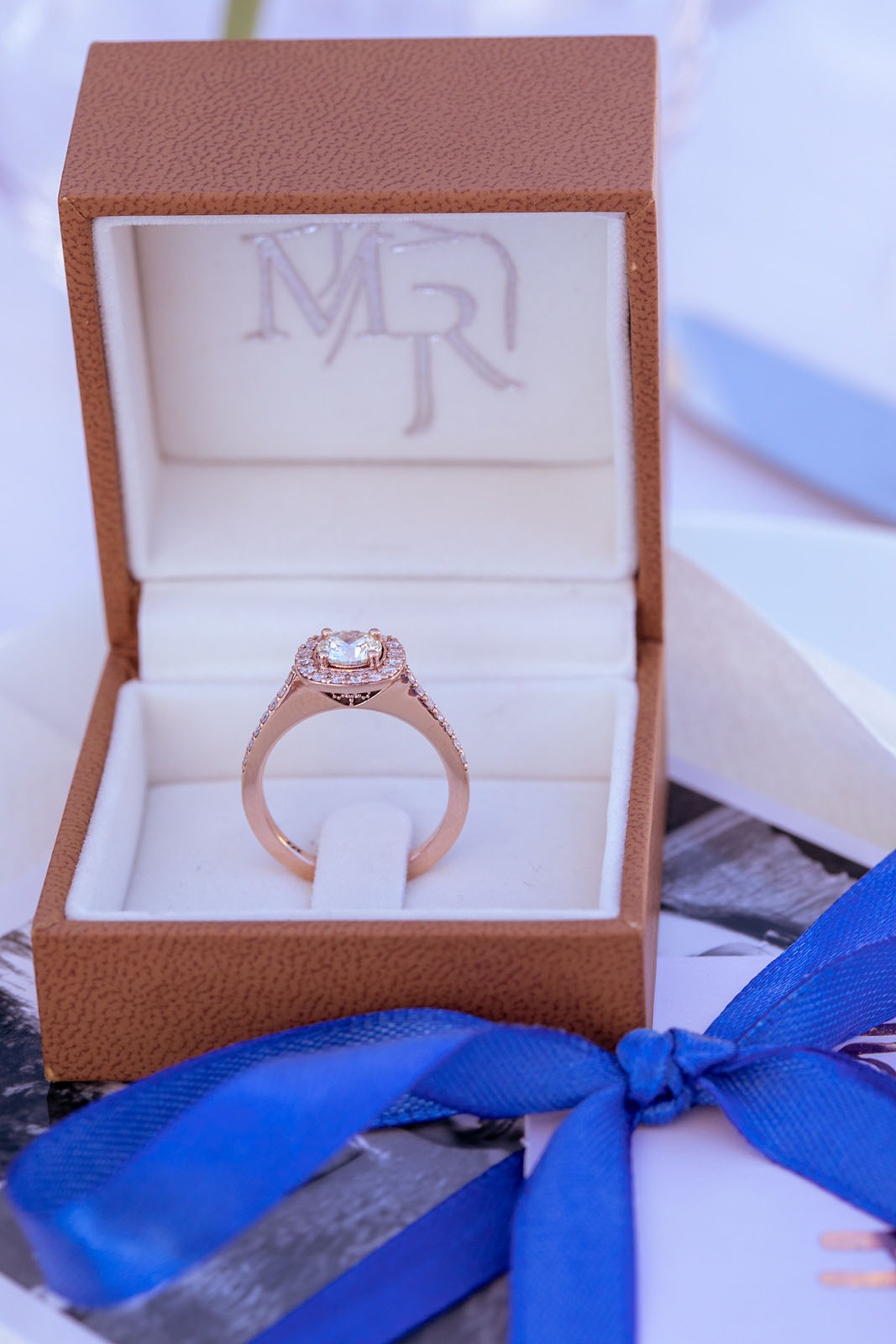 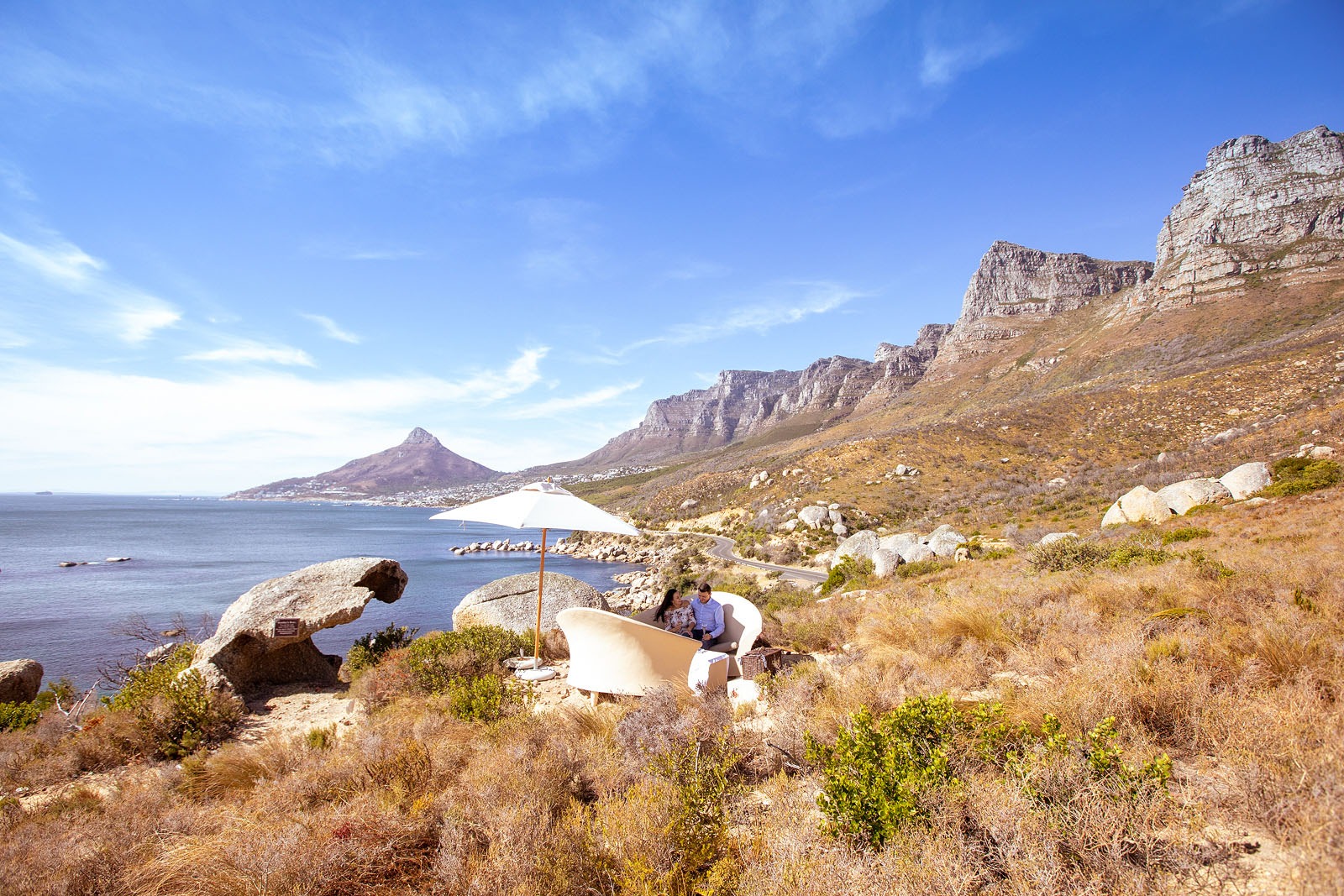 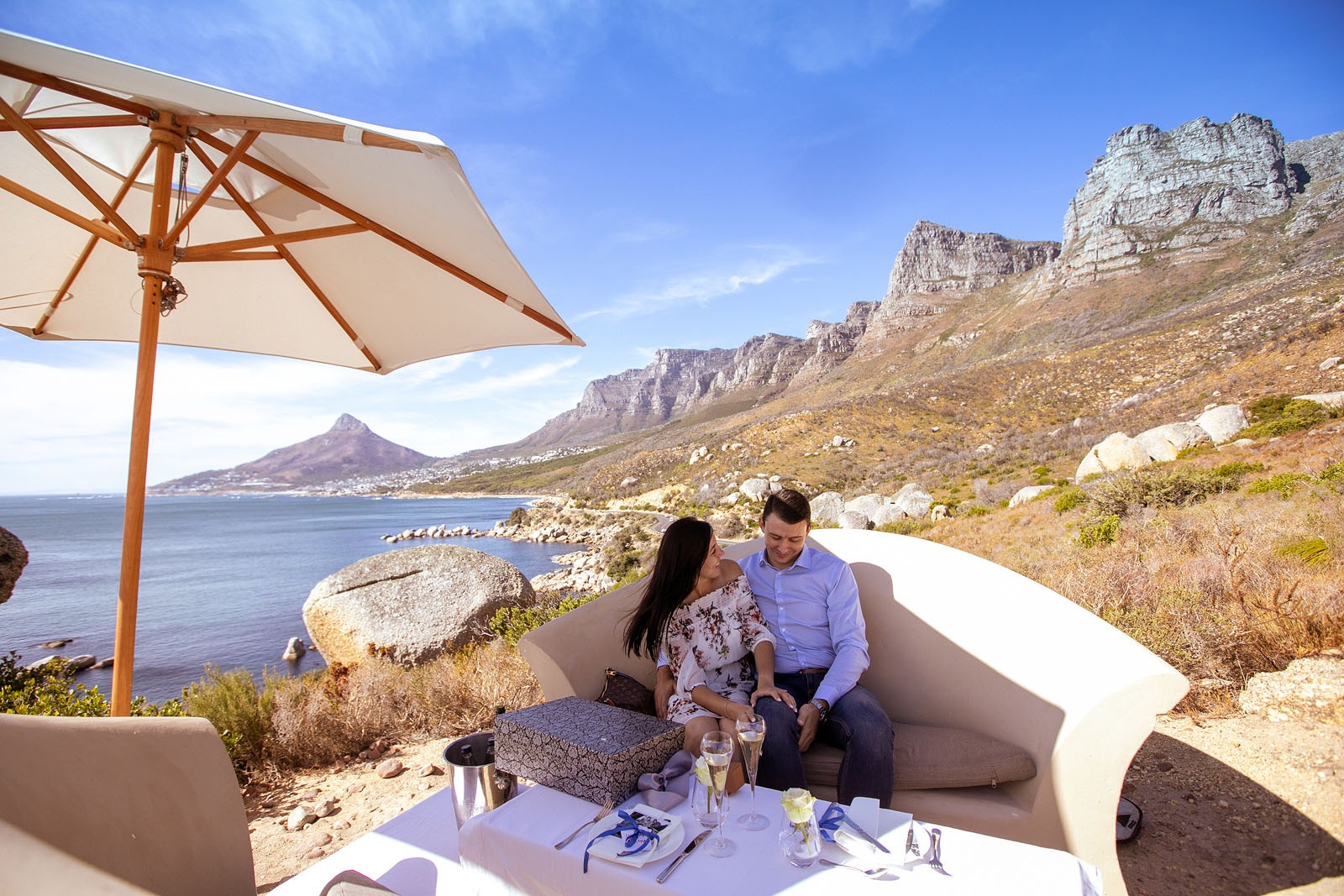 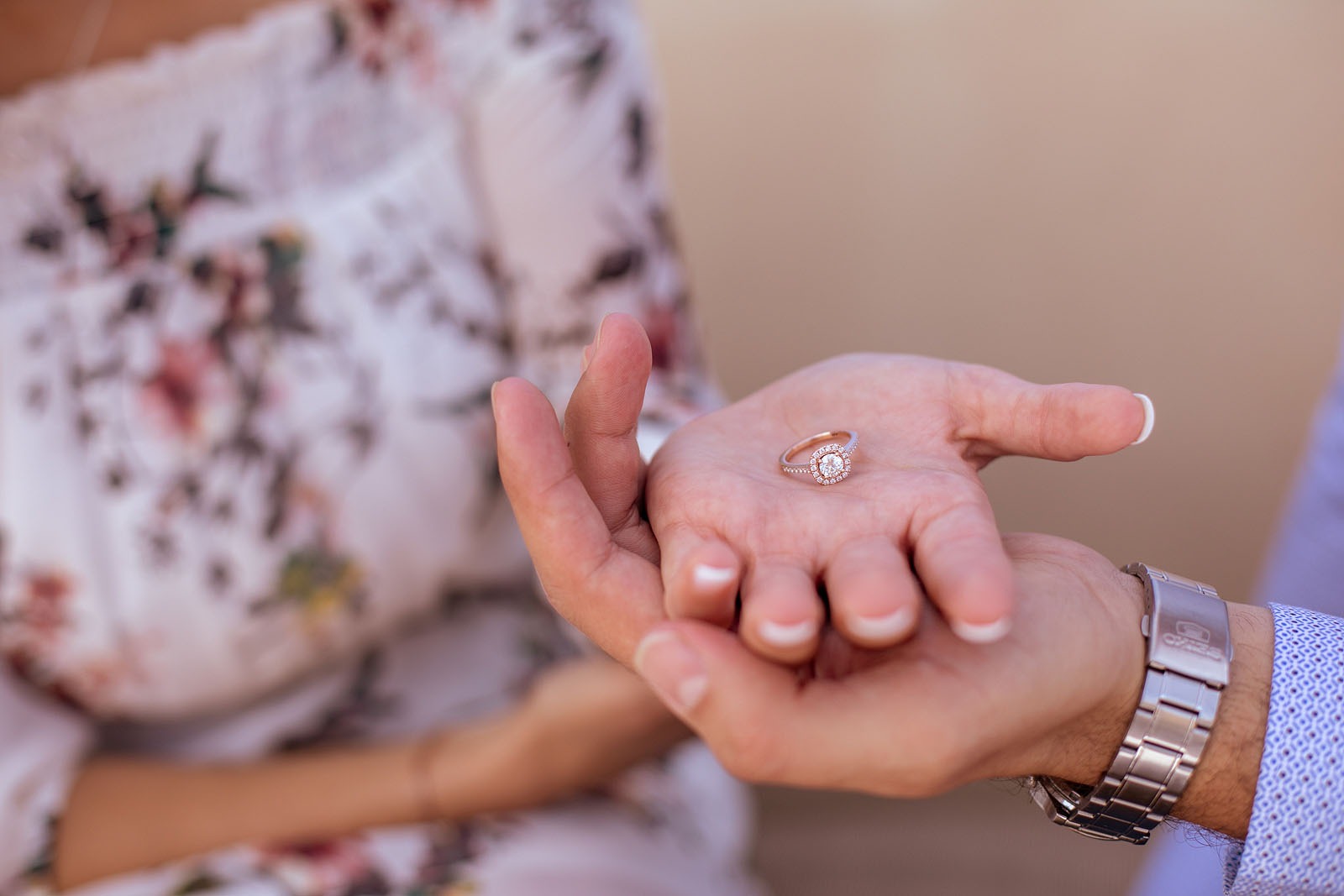 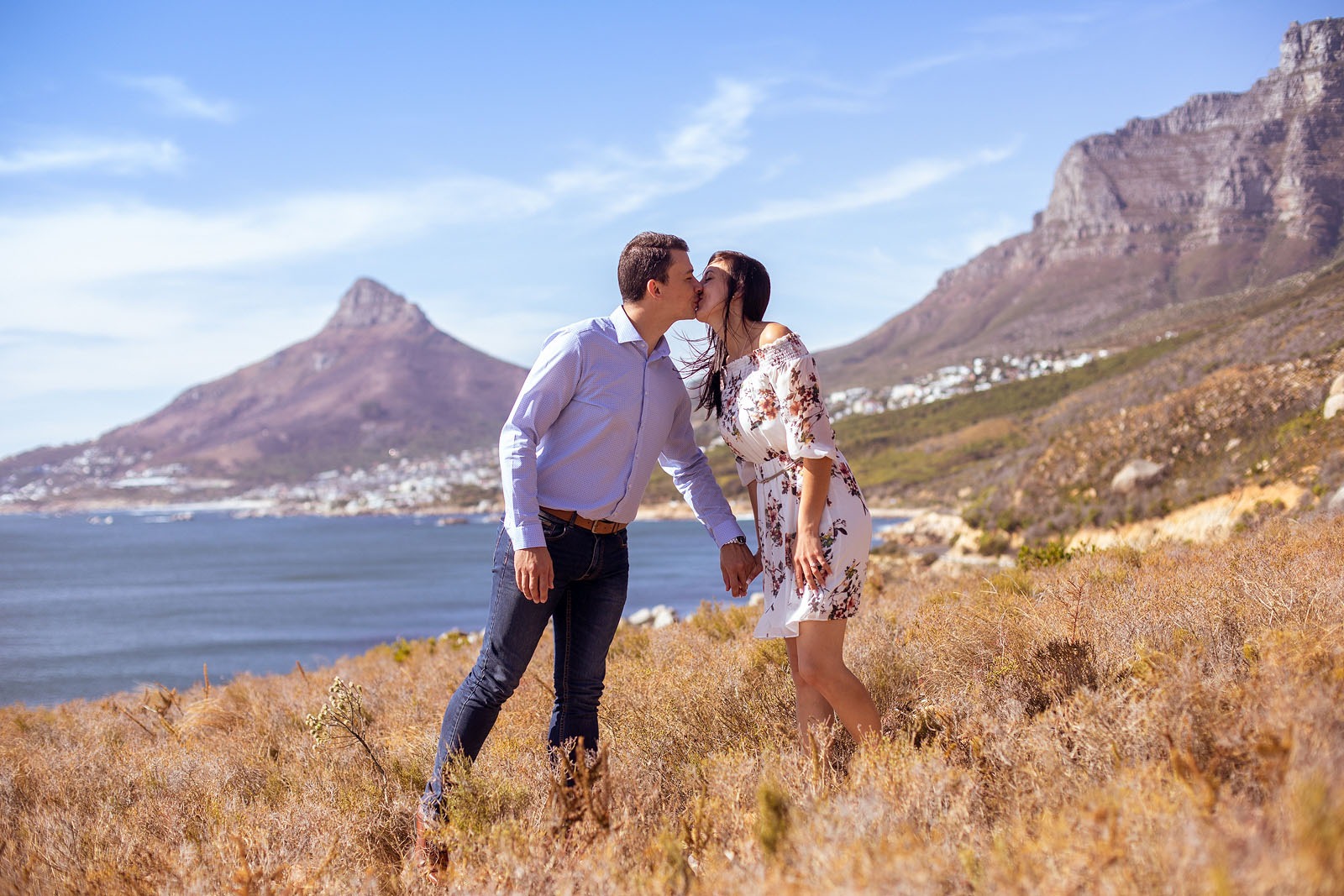 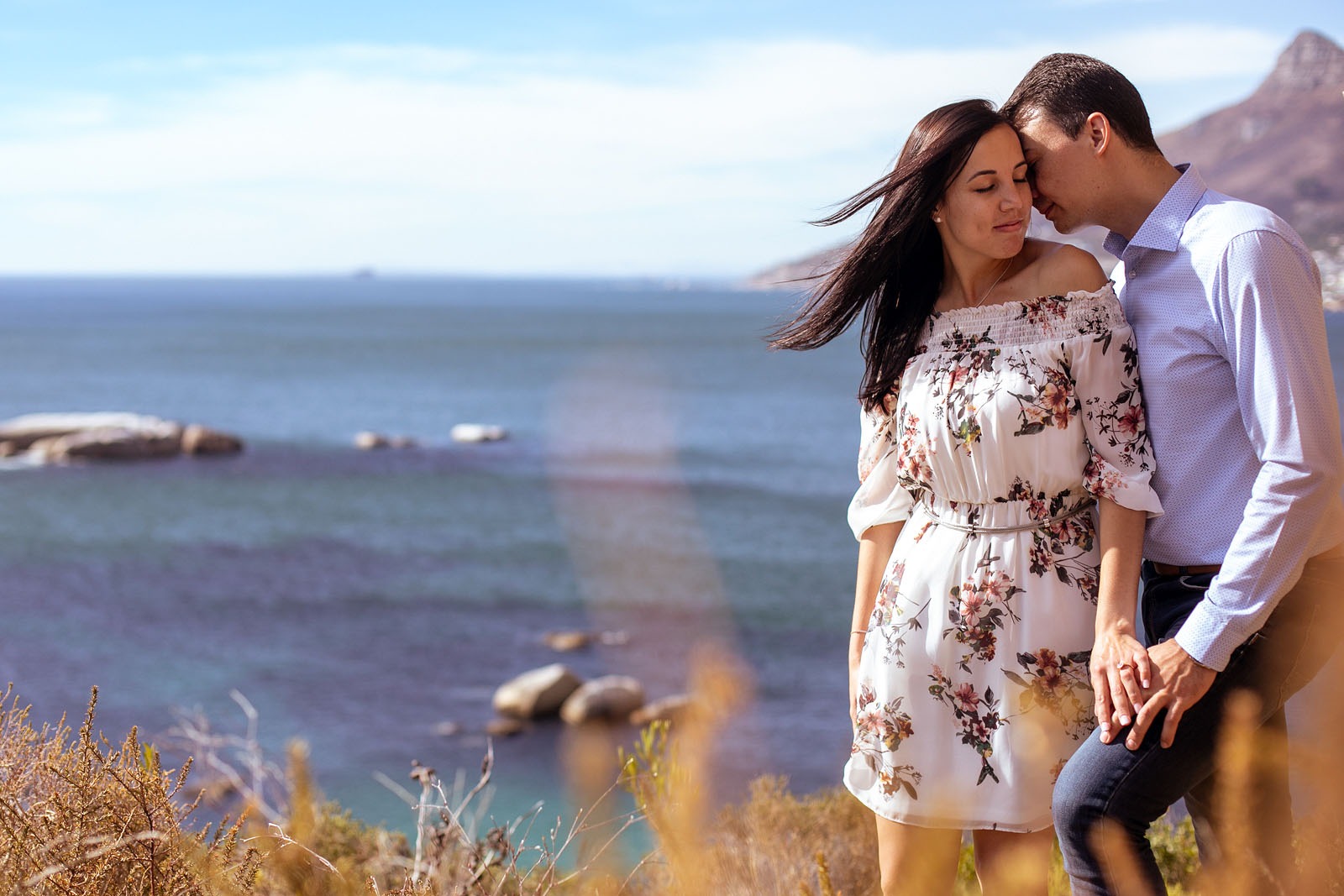 Words from Lourens: “Thank you for assisting in making this day happen and making it special.”

Click here to see another proposal at the 12 Apostles hotel & Spa.